Should COVID Cancel the Olympics (Again)?

Should COVID Cancel the Olympics (Again)? 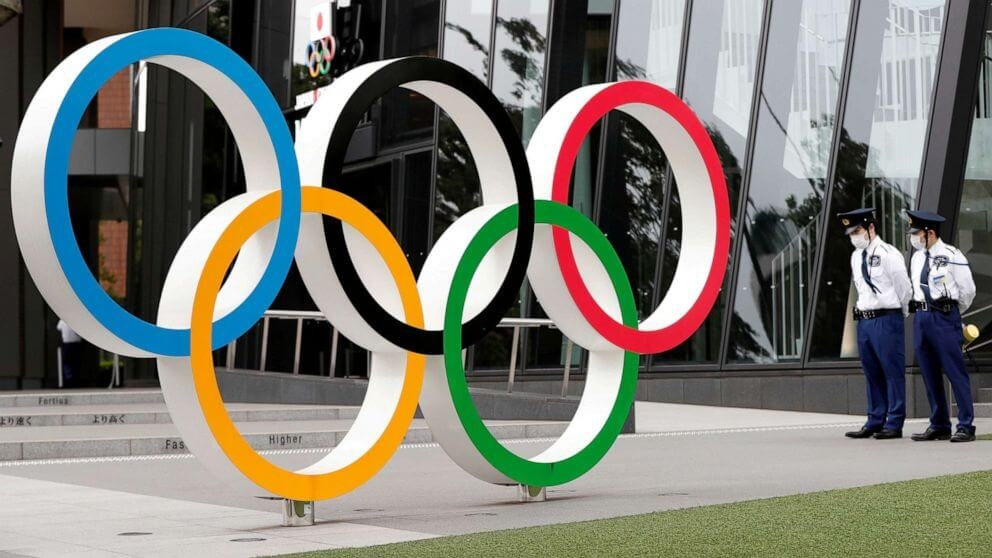 For reasons less than perfectly clear to me, Yahoo Finance keeps inviting me back to talk not about finance, but about the pandemic and public health.

Each time we do this, we generally have a shared understanding in advance of the timely topics of interest. For my most recent interview, however, one of the anchors surprised me by asking: should the Olympics be canceled?

I gave the most obvious answer- before extemporizing a bit on risk/benefit tradeoffs: it isn’t up to me. I have found myself preoccupied since, however, wondering what the decision ought to be- and what it would be if it were up to me. The answer seems fairly obvious: require vaccination for all attendees.

Before ever a tale of ideology starts to wag any dogma, let’s be clear that this would not be “forcing” anyone to be immunized. This would be a case of “if you want A, you must do B.” By way of analogy, no one is “forced” to get a driver’s license, but you do have to get one if you want to drive on public roads. Similarly, anyone could opt out of the Olympics; but opting in would mean getting vaccinated.

Let’s start with the basis for Olympic controversy, which is clearly inducing dissenting passions and garnering rather widespread attention. There is the obvious case against holding the Olympic Games now: they harbor potential as a COVID19 super-spreader event.

This risk is compounded by stunningly low rates of vaccination in Japan, the host country- along with rising rates of SARS-CoV-2 transmission in Japan just now, in the lead-up to the games.

But there are, as well, compelling arguments in favor. For the great mass of us not directly involved, the world could simply use a bracing dose of Olympic medicine right now. The Olympics remind us both why and how to blend national pride with global humanism. They inspire us with indelible displays of human achievement pushing back the frontier of what’s possible. Advancing the bounds of human potential is not limited to sport, and the Olympic example is a goad to all such ambition. Ultimately, the eternal Olympic flame is a beacon of hope- for the better, faster, stronger, higher in each of us, and for all of us - and the world could sorely do with just such hope right now.

All of which says nothing about the athletes themselves. The fulfilled dreams of some small number of athletes may be trivial in comparison to the pandemic fate of millions. But then again, the fate of dreams is of intrinsic value. If anything sets apart the sanctity of human life, it is the infusion of life with the purposes of living it. Olympic dreams, and the ardors they impose, epitomize the allocation of life to the exacting demands of purpose-driven living. I see something of importance there that extends well beyond the dreams of the athletes, to the very foundations of dream, and human purpose. Perhaps this is romanticism on my part- but Olympics are the stuff of romance.

Even if we confine the relevance of dreaming to the athletes alone, there is merit there. For this select group representing the outer limits of human performance, the Olympics can literally be a once-in-a-lifetime opportunity. To cancel them not once, but twice would surely count among the metrics of the pandemic’s toll on both lives, and living them.

Now, let’s look at how required vaccination for all - for which there is still time with prompt action, and for which supplies of vaccines going unused are clearly available - addresses the valid concerns and mitigates the relevant risks.

To be clear, the risk might not be zero, but the risk is not zero for any other infectious disease on the planet either. The risk of ‘getting sick’ after attending any event, anywhere, in a large congregation was never zero.

We never before required ‘zero risk of getting sick with anything’ as a criterion for congregating and should not do so now either. The notion that only zero risk is acceptable is among the many induced distortions of the pandemic. It is nonsense. We can approximate zero risk to life and limb only if we stop living our lives, or making much use of our limbs. Few of us would sign up for that.

If the risk of COVID- both transmission, and harms- is at or below the prevailing threshold for the ‘background noise’ of epidemiologic risk, then disrupting societal norms is no longer required, or warranted. That appears to be the case for vaccinated populations, and we are seeing the fast evolution of public policies as a result.

What, though, of the Olympic population mingling with the general population of Tokyo, where vaccination rates are low? There are three relevant considerations here:

1)   Vaccination will largely protect the Olympic population from acquiring COVID even if exposed to it among the un-immunized Japanese host population.

2)   This risk could be further reduced by limiting the mingling of these two populations and, for instance, requiring immunization of all staff and guests at indoor facilities (e.g., hotels, restaurants) servicing the Olympics.

3)   As an added precaution, the measures relied on before now- distancing, masking- could be maintained for interactions outside the Olympic venue.

The advantages of these fairly self-evident measures extend beyond the opportunity to have our Olympics and keep them from being a super-spreader event, too.

They would also demonstrate the potential for many more such public/private partnerships to help vaccinate a higher percentage of the world’s population. In this instance, the resources of all with a vested interest in the Olympic Games- the host country, the IOC, the involved media, the corporate sponsors, the governments sending delegations of athletes- could be coordinated to ensure efficient immunization of all attendees. Pooled resources could, and should, be directed at securing the requisite vaccines, and administering them.

Once that ground has been broken, why stop at the outskirts of an Olympic Village? The world should look for every reasonable assembly of interests that might replicate the effort.

The world- to say nothing of the athletes and their lifetime of intense, time-sensitive preparation- really could do with Olympics now. The last thing the world needs, however, as we navigate toward light at the end of our pandemic tunnel is a global super-spreader event to set us back.

The robustly validated effectiveness and safety of COVID immunization, and the prowess of science that got us here in record time, offer us the means to retain the many benefits while avoiding, all but completely, any pandemic-specific risks of holding these Olympics in Tokyo in July.

We have the means to salvage these Olympics, and protect public health, too. That would be my choice. With these parameters in place, my answer to that question, were it up to me, becomes: let the games begin.