The Role of Artificial Intelligence, Machine Learning and Big Data in Oncology

The Role of Artificial Intelligence, Machine Learning and Big Data in Oncology 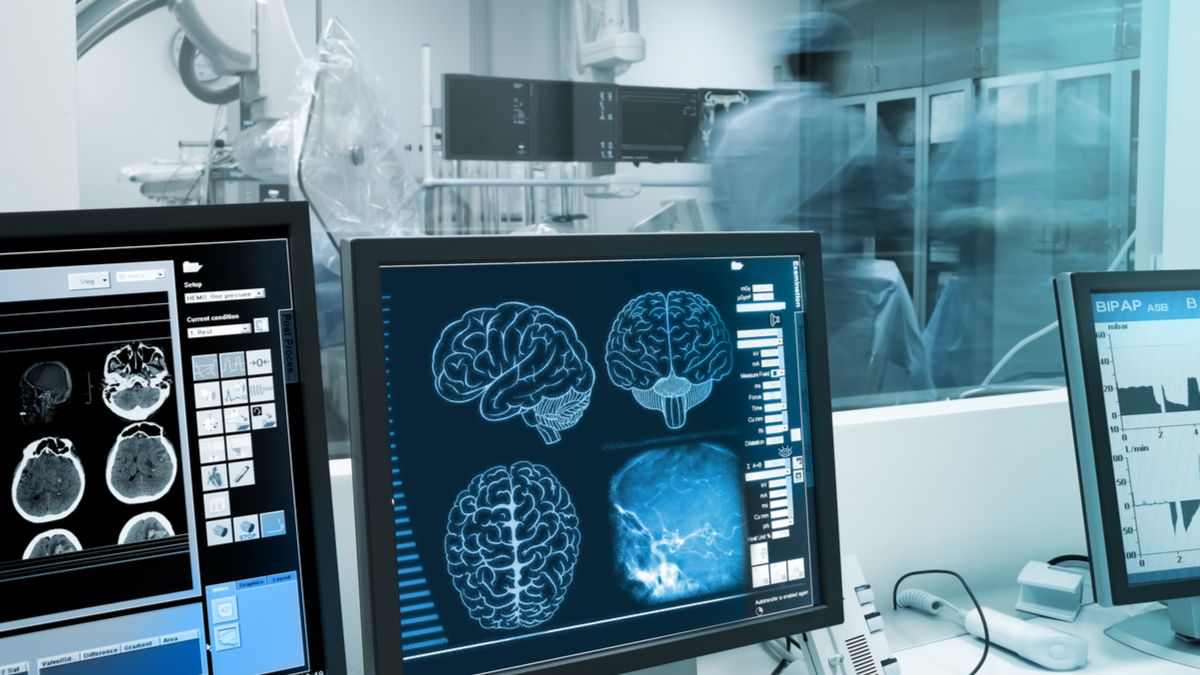 Big data, artificial intelligence and machine learning excel at recognizing patterns in large volumes of data that cannot be perceived by the human brain.

Some Key Facts About Cancer

According to the World Health Organization (WHO), cancer arises from the transformation of normal cells into tumour cells in a multi-stage process that generally progresses from a precancerous lesion to a malignant tumour. These changes are the result of the interaction between a person's genetic factors and three categories of external agents, including:

Cancer is a leading cause of death worldwide, accounting for nearly 10 million deaths in 2020. Here are some other key statistics about cancer:

What is Oncology and What Are the Subsets of Artificial Intelligence? Over the past few years, more and more companies have been experimenting with AI, advancing their data-related capabilities, acquiring new technologies and talent, and integrating AI into their business processes. In coming years, AI will likely become even more pervasive. Just as we no longer talk about isolated mobile strategies (they’re just part of doing business), AI will soon become standard and routine—maybe even faster than we expect. Here are 4 of its most popular subsets:

Computer vision (CV): Computer vision is the ability to extract meaning and intent from visual elements, whether characters (in the case of document digitization) or the categorization of content in images, such as faces, objects, scenes, and activities.

Artificial intelligence has many advantages, but also disadvantages, and everything will depend on how AI will be used or misused.

Artificial intelligence has massive potential for creating a better world to live in. The most important role for humans will be to ensure that the rise of the AI doesn’t get out of hand.

How Artificial Intelligence is Crucial in Oncology? Accurately diagnosing cancer in an individual at an early stage promises to be useful to prevent their death due to the disease at an advanced stage later. In such a situation, healthcare systems can benefit greatly from automated tools that can closely monitor cellular formations to know whether tumors, malignant or otherwise, can be formed in a person's body.

Machine Learning is Pivotal in Oncology 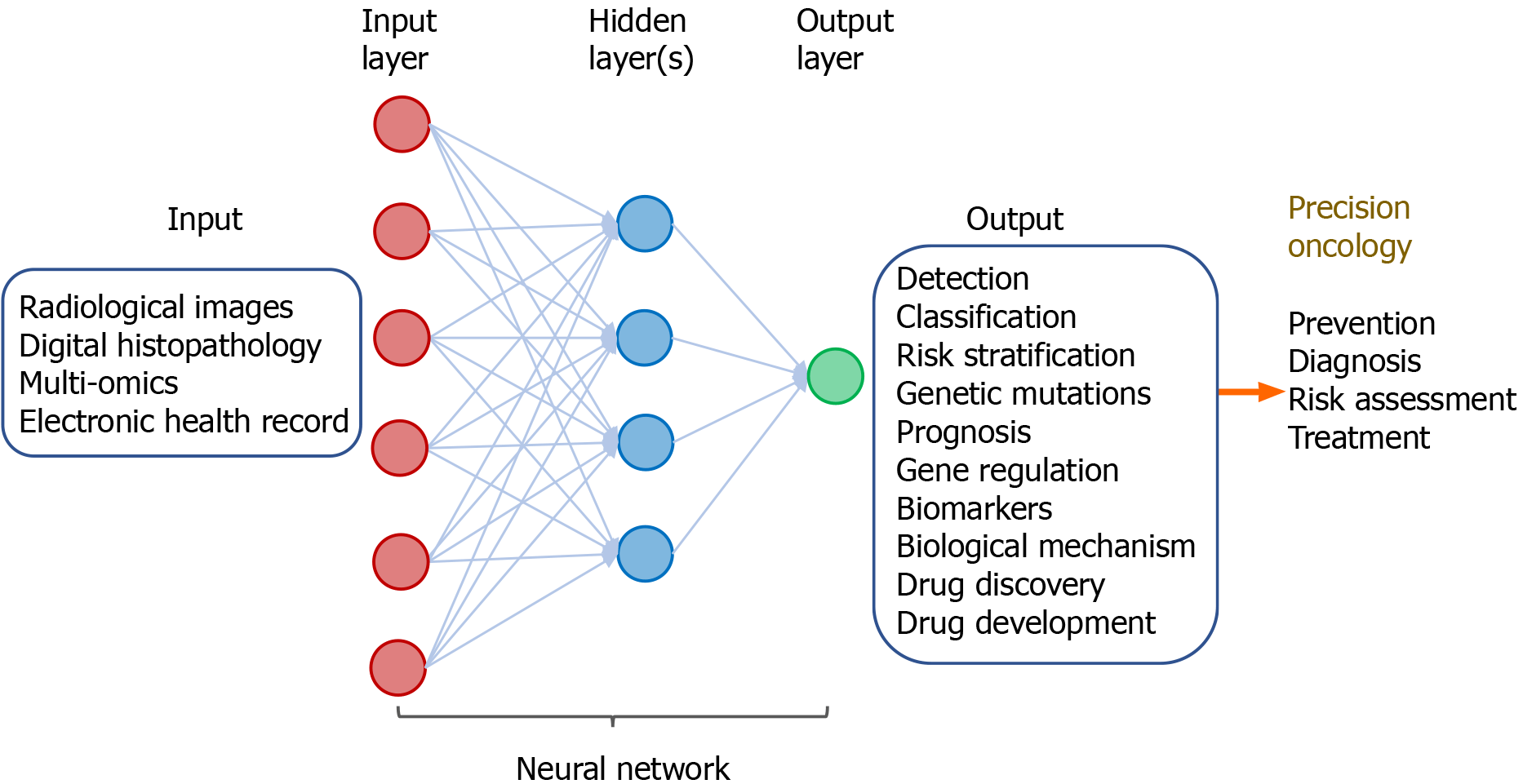 Machine learning (ML) is a subset of artificial intelligence. Through the use of statistical methods, algorithms are trained to make classifications or predictions, uncovering key insights within data mining projects.

The majority of the AI applications within healthcare involve the utilization of machine learning algorithms. As ML algorithms are exposed to more training data, they are able to appreciate hidden patterns within the data which can then be used to perform a task without explicit programming.

A combination of machine learning and computer vision can be used for diagnostic operations. Once potentially cancerous cells are identified in an individual, then healthcare experts can conduct tests to know whether the tumor is malignant and metastatic or not. The entire cancer diagnosis process can be carried out systematically. Initially, a full-body check-up of a likely cancer patient must be conducted to detect irregularities in their vital statistics. Generally, cancers can be detected if a person undergoes weight loss at an alarming rate or suffers from a loss of appetite, among other indicators.

Deep learning models and neural networks can be trained using computer vision to identify a cancerous tumor by categorizing factors such as its radius, perimeter, compactness, proximity to organs and others. More often than not, such factors may be useful to select the type of treatment that can be used to deal with abnormal cellular growth. Predictive analytics in oncology is useful for identifying high-risk cancer patients. Such patients usually suffer from cancer relapses even after undergoing high-intensity treatments such as chemotherapy or other types of surgeries. Identifying such patients at an early stage can be tricky for even the most experienced health experts, but machine learning can identify specific patterns to forecast a possible reappearance of cancer cells in them. By identifying such patients early, the costs of expensive treatments can be avoided, and health experts can focus on using malignancy preventive measures (medicines and lifestyle recommendations) to a greater extent instead.

AI-based predictive analysis could allow health experts to study tumor characteristics in a detailed manner in certain patients. Based on such studies, such workers can identify the individuals whose bodies can take chemotherapy without too much post-treatment damage. Certain patients’ bodies may respond to specific treatments in a more positive manner than others.

Predictive analysis is also a useful tool for pathology and biopsy. One of the main problem areas of cancer treatments is the likelihood of using excessive or inappropriate treatments for patients who may not require it. As a result, such patients face a higher chance of dying due to excessive treatments compared to cancer itself. So, predictive analysis systems, such as Google’s AI tool, offer higher accuracy in cancer diagnoses so that doctors can focus on measures other than powerful treatments.

The Role of Big Data & Artificial Intelligence in Oncology Big data in oncology is useful to analyze the levels and types of proteins found in benign and malignant cancer cells. While that bit of information may seem insignificant, cancer treatment is influenced by such factors too. If you think about it, AI and big data in oncology are like two sides of the same coin. Both elements are codependent, meaning that one of them cannot flourish without the other. The combination of big data and AI offers a massive boost for healthcare in general and especially in our fight against cancer.

With the rapid development of human society, cancer-related knowledge is also growing exponentially, which has caused a knowledge gap for clinic physicians.

A definitive cure for cancer seems to be distant even as artificial intelligence, machine learning and big data advances in the field have significantly improved the quality of research, life-prolonging medicines and surgeries. Barring a few obvious exceptions, health experts have found ways to inhibit the life-threatening elements of all known terminal diseases.

Relentless research and the sheer force of will have allowed global healthcare to neutralize illnesses such as measles and, to a certain extent, even the more recent ones like Ebola.

Cancer poses a different problem to nearly all those deadly diseases that we have encountered in the past. For starters, cancer isn’t just one ailment but an entire catalog of them. Secondly, cancer hastens your demise using your own cells as opposed to most other killer diseases that involve external agents. Additionally, as we know, several types of cancers frequently resurface even after treatment.

The fact that malignant cells mutate in wild and unpredictable ways does not help matters either. As a result, cancer still kills several people every year, with the figure being as high as nearly 10 million in 2020.