What Do We Know About the Largest Spinning Structure in Space

What Do We Know About the Largest Spinning Structure in Space 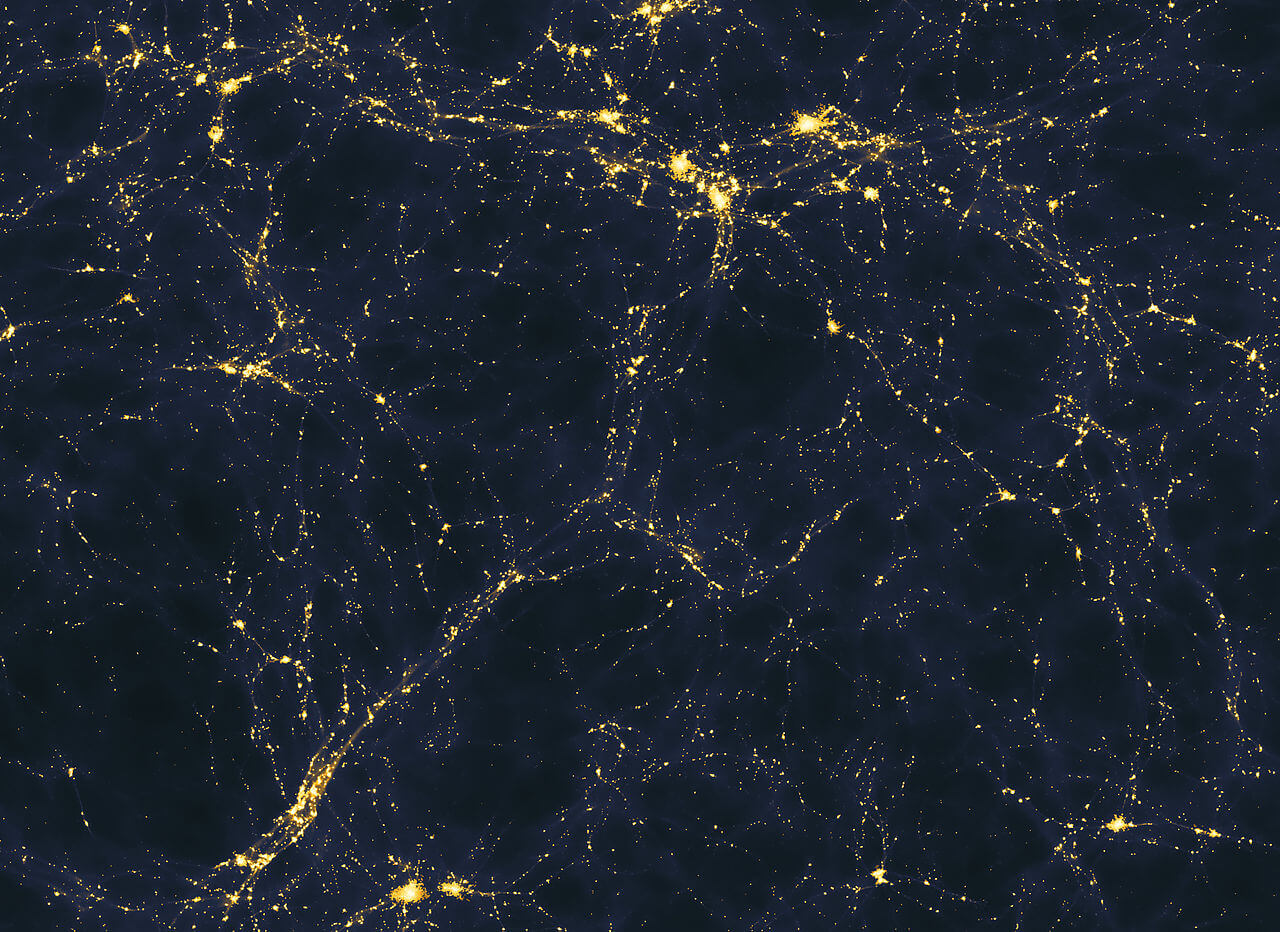 Even with modern technology, researchers have barely scratched the surface of what is out in the universe and what could be found beyond this heliosphere.

What people think of as big is nothing compared to what’s actually out there. Cosmic filaments, also known as galaxy filaments, are the largest known structures in the universe — and scientists have recently discovered they’re spinning.

Here’s what’s known about these gigantic filaments and how they’re poised to change people’s understanding of the universe.

Cosmologists have long theorized that when the universe began, back during the Big Bang or shortly after, the explosions created massive webs of dark matter and gases that span the entire universe. It wasn’t until around 2014 that astronomers were able to spot these gigantic constructs by seeing them silhouetted against stars and other light-emitting sources.

Scientists haven’t been able to spot them directly because they’re made up of dark matter, and this substance can’t be photographed. The gas that makes up the cosmic filaments doesn’t emit light on its own, so it can’t be seen unless it’s illuminated by something else or silhouetted against a star. Despite the difficulty in spotting them, these massive strands contain most of the universe’s mass and work to channel matter across the cosmos.

While these discoveries are monumental, it’s the newest bit of information that’s astonishing cosmologists everywhere. In addition to making up the majority of the universe's mass, these gigantic filaments are spinning through the cosmos.

Everything Is Spinning Out There

Even if people accept these facts as absolute, it can be hard for people to understand the idea that the biggest things in the known universe are spinning, too. To put it in perspective, these filaments are so big that the galaxies that surround them are the size of specks of dust. With the rotating nature of the universe as a whole, it only makes sense that these cosmic filaments are also in motion.

In addition to helping scientists understand how celestial bodies navigate the cosmos, observing these spinning monstrosities could help increase knowledge about the universe.

Changing Understanding of the Universe

People understand that dark matter exists, but it's nearly impossible to spot because it doesn't interact with electromagnetic forces. It doesn’t absorb or reflect ambient light, nor does it emit light on its own. The only way scientists have been able to spot it thus far — or rather, infer its existence — is by observing its effects on matter that can be seen.

Astronomers can use that information, as well as some 3D modelling prowess, to measure the velocities of the dark matter clumps that move around these enormous cosmic filaments.

Now that scientists know cosmic filaments are spinning, the next question is how. How are they spinning through the cosmos, and what is the process that could set this in motion? As people work their way toward that answer, this line of research has the potential to teach topics like rotation and orbits on a smaller scale.

Is Something Bigger Waiting to Be Discovered?

The discovery of these massive dark matter filaments leads many to wonder if this is just the tip of the gigantic cosmic iceberg. From humankind’s position in the galaxy and with limited technology, people can only see a small fraction of the surrounding universe. The tools and understanding are not yet available to start sorting through everything the cosmos has to offer.

That leaves many wondering if there might be something out there even bigger that’s waiting to be discovered. It’s entirely possible that people are just ants — or possibly tardigrades — looking up at massive buildings they can never hope to understand. The universe is so incredibly vast it’s hard to imagine how many things are out there, just waiting to be discovered.

Humans have been dreaming about becoming an interstellar species for centuries, ever since they first looked up at the stars and wondered what might be out there. The field has grown by leaps and bounds, but there’s still a long way to go. Scientists need to start putting the pieces together to better understand how the universe works and Earth’s place in it.