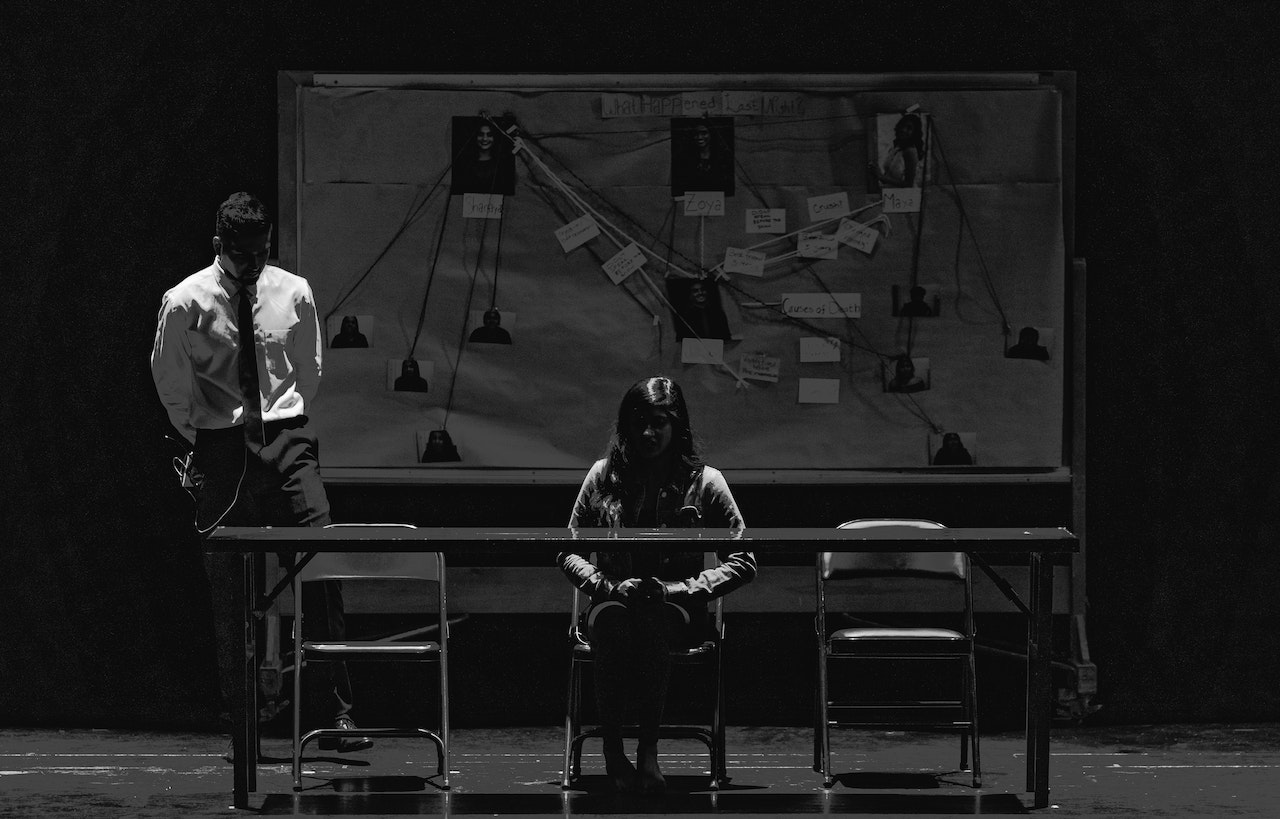 In recent weeks, there have been several reports of murders involving partners and their family members.

Most of the reported family crimes were either murder, manslaughter, murder-suicide, euthanasia, and assassination.

Normally, suspects know the act is a crime, but that does not stop them from doing so. The question is why? The families of the victims always seek justice, they know that it won't bring back their loved ones, but at least justice is served. But should reliance on the efficiency of justice be elevated when the suspects knew about justice in the first place but it did not stop them?

Law enforcement is often seeking motivation, they have behavioral analysts and comb through materials of suspects for clues. Motivation could be divorce, disagreement, a recent job loss, financial issues and so forth, but those things don't necessarily mean the outcome is given. This makes motivation limited as an approach to understanding and preventing future violent crimes. The source exceeds the motivation.

Sometimes, law enforcement also say there is no further threat to the community when preemptive measures at the source of such crimes should be sought.

The source is the brain, not the brain as a biological organ but the brain as an agent of consciousness or as a benefactor of the mind. Everything involved in a violent crime results from the mind. The mind is an extremely intense zone, but not often taken that way. 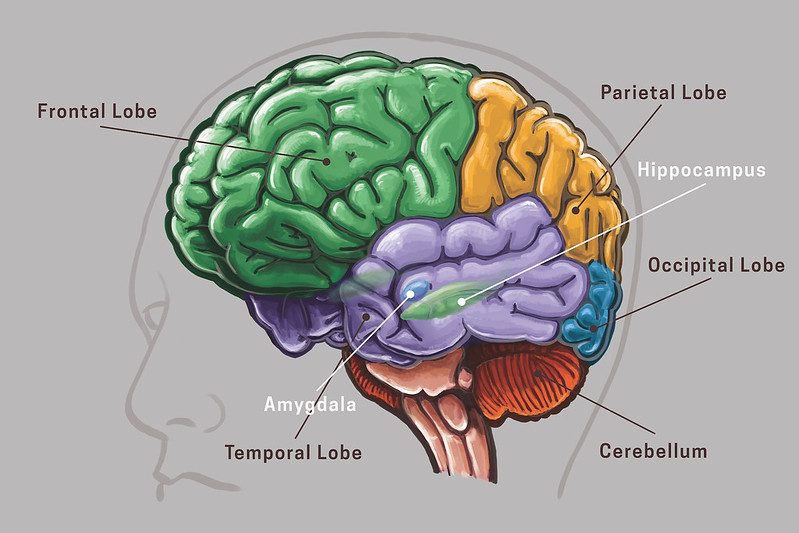 There are situations where something embarrassing could happen and someone feels like crawling into a hole, but because there are people there, regardless of availability of a hole, nothing is done. Since it is the mind, it is unlikely the person visits the emergency to report that, even if the feeling lingers.

It is possible to have a similar feeling—for another reason—in a bedroom, then hide under covers. For some people with serious mental illnesses, that sort of feeling in the open does not prevent them seeking out a hole to hide.

For some, where control doesn't overpower automatic, or the automatic is to a high degree, then the action happens. This applies in several situations for mental illnesses, where there is still control for certain actions, but automatic is dominant for major behaviors.

There is no distinction between how the mind works in general and whatever happens to result in a violent crime.

How does the mind work? What is the function, structure and transport of the mind? How is it possible to relate with what is external? What happens in the mind that makes murder-suicide totalized, with no halt in the process or reconsideration?

The human mind is within the human brain, but its structure is different. The brain builds the mind but the brain is not the mind. In brain science, it is known that all senses or sensory inputs come into the thalamus, except for smell, that comes in through the olfactory bulb. It is at these hubs they are integrated or processed before relay to the cerebral cortex for interpretation.

This means that all incoming senses get to the brain at the locker rooms, where they are integrated or processed before they go on to the field, or the cerebral cortex—for interpretation.

Conceptually, sensory integration or processing at the locker rooms [thalamus and olfactory bulb] is for uniformity into a similar look, identity, unit or quantity, before relay elsewhere. This says that when a chair is seen, or a sound is heard, a device touched, some scent whiffed, or soup tasted, they are all integrated or processed into a uniform quantity or identity before they go on for interpretation at the cerebral cortex.

This uniformity, quantity or identity becomes the version for all senses to the mind. It is postulated that uniformity is into thought or in the form of thought. So, all senses become thought or its form to the brain. The sight, smell, taste, touch and sound are no longer what they were as differentiated sets, but in uniform jerseys.

This is how the brain generates the mind. The brain has its basic biology, but builds something else for local communication and for external communication or interactions with the world.

Thoughts or their form are quantities. Interpretation triage are properties, or all memory, feeling and reaction in the mind are properties. The cells and molecules of the brain build quantities and properties, as the components of the mind. Dopamine, acetylcholine and other molecules are for the brain, most of their functions—experienced, are for the mind. Simply, dopamine [the brain] plays a role, to degrees, in reward and memory [the mind].

Quantities relay to acquire properties, resulting in what becomes experienced at any moment. If quantities don't acquire the property, nothing happens.

Properties have a main station or principal spot, where one can go to have the most influence or domination. Properties also have sizes, types, shapes and sides that indicate degrees. Some properties contain group information and others contain the smallest possible unique information.

The structure of the human mind is theorized to be like a stack of geometric planes, where new ones can be formed. Properties are mostly the planes and quantities as relaying dots. The planes are not necessarily of the same size or arranged on top of one another, everywhere. Differences between plane sizes and how quantities get there determine why perceptions for the same things are different, for individuals.

All violent crimes are outcomes of the mind, not of any external situation. There are those in troubled relationships where quantities acquire hurt to a large degree, then torment. It may also acquire the vengefulness property. This is already a problem, but when it acquires the violent or action property, then something bad happens.

It is not an excuse for any violence, but as an exploration, going forward to understand how the mind works when someone holds back from violence, to apply it consciously against some murder-suicides and other forms of harm. It also exposes how the minds of those who premeditate attacks work, with the properties acquired through the process.

It is the properties acquired by quantities that determine what becomes of any decision. In most cases, the properties were acquired to a large degree and there was no controlled quantity to hold back.

The mind works this way. Something hurtful in the past can be remembered—or acquired, but if it does not acquire the trauma property, during or after, there is no trauma for that memory at that moment. To remember or know is a property, to forget is a null property, or the property was not acquired. It is the same for every other experience.

In general, substance use works for some situations because the memory could be there, but the property to make it cause [or have the experience of] panic, anxiety, depression or trauma is not acquired, or is—to a lower degree, under its influence.

In murder-suicides, the property was acquired to degrees, either as a buildup, or suddenly. The action and the thoroughness are all properties.

Mental stability or mental order is mostly about controlled quantity balancing automatic quantities, or not having automatic acquire problematic properties. There are sometimes very strong promptings to do negative things that knowing how the mind works could allow control to acquire the property of consequences or risks, then to hold back.

For law enforcement, to prevent violent crimes is also to expose how the mind works, even conceptually, to families, so that when processes are ongoing, the path can be visualized and control may kick in strongly, or avoidably to prevent the worse, or when help is sought what is being described is better understood, toward avoiding the need for absolute reliance on justice, which may sometimes but already late.