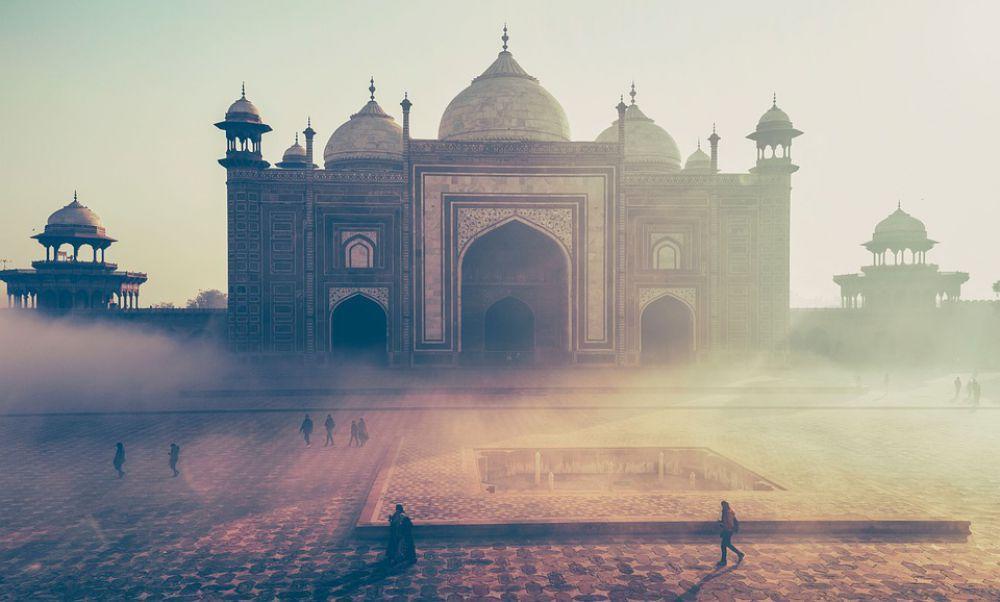 Karl Marx in his seminal work ‘Das Kapital’ talks about how the economic rise of any nation is dependent upon the quality of factors of production present. These include – technology, capital and labour (skill).

The Evolution of India 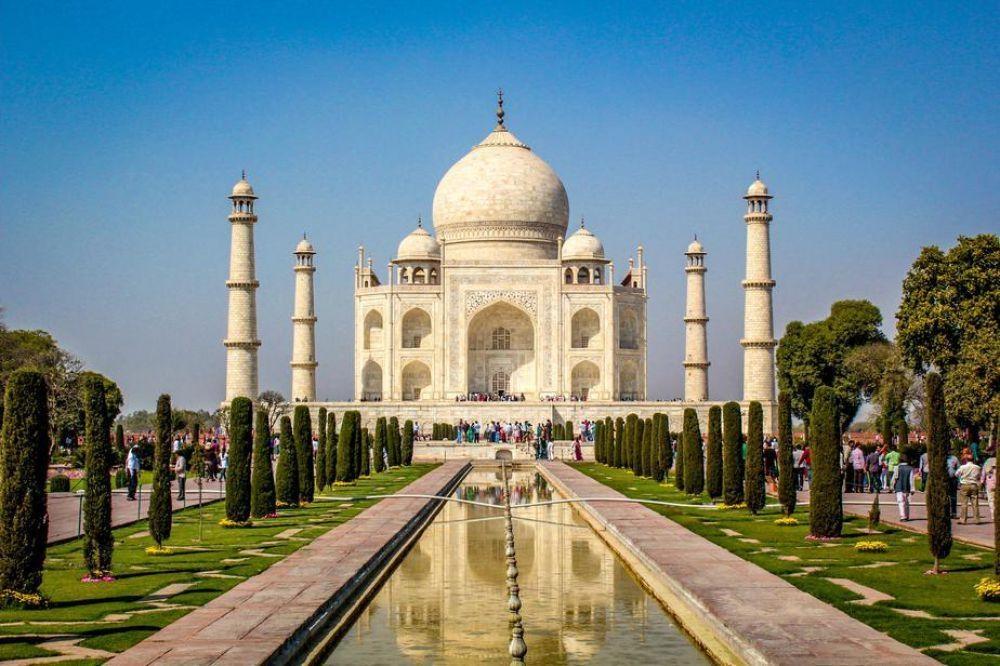 The 18th century European transformation was on the back of an Industrial Revolution. Invention of new technologies such as the steam engine, electricity, railways, telegraph etc. brought abundant wealth and development – both economic and political – to Europe. So much so that it allowed her to rule the world for the next 200 years through imperialism and colonialism.

Later in 20th century, the importance of technology and skill was readily adopted by countries like the US and Japan. If 18th and 19th century belonged to Europe then the 20th century was defined, dictated and dominated by the US through the cold war years.

Closer home, even Ancient India was the golden sparrow of the world. The technological superiority of its Harappan civilization was unmatched. The artistic mastery over rocks and metals as seen in India’s temples was one of a kind. Aryabhata was discovering the Pythagorean Theorem when the world was still learning how to count.

Hard to believe but India had the most modern, scientific and advanced education system back then. Universities such as Nalanda and Taxila attracted scholars from all over the world. India had a trade surplus with the world for its products like textile, glassware, metal work and jewelry were in high demand.

Present day India is in complete contrast to her rich past. 200 years of British rule completely ruined the Indian industrial base, kept her technologically backward and tied her population to an animalistic existence – devoid of modern education and high-value skills. As a result, at the night of independence, 70% population was below poverty and literacy rate was merely 6%.

The first Prime Minister of independent India, Jawahar Lal Nehru, rightly identified the drivers required for India’s socio-economic development after her colonial past - it was focus on technological advancement and skill development of it huge population. Hence, he laid immediate emphasis on industrialization and setting up of IITs in the 1950s.

After the brief spark ignited by Nehru Ji, the impetus has been lost. 70 years have passed since independence and India finds itself in similar territory. For India to truly become self-reliant, utilise her uniquely large demographic dividend, de-congest the over-burdened agriculture sector, achieve inclusive growth and improve her social indicators, a robust technological base complemented by a productive skilled labour is non-negotiable.

Demographic Dividend – From Burden To Boon 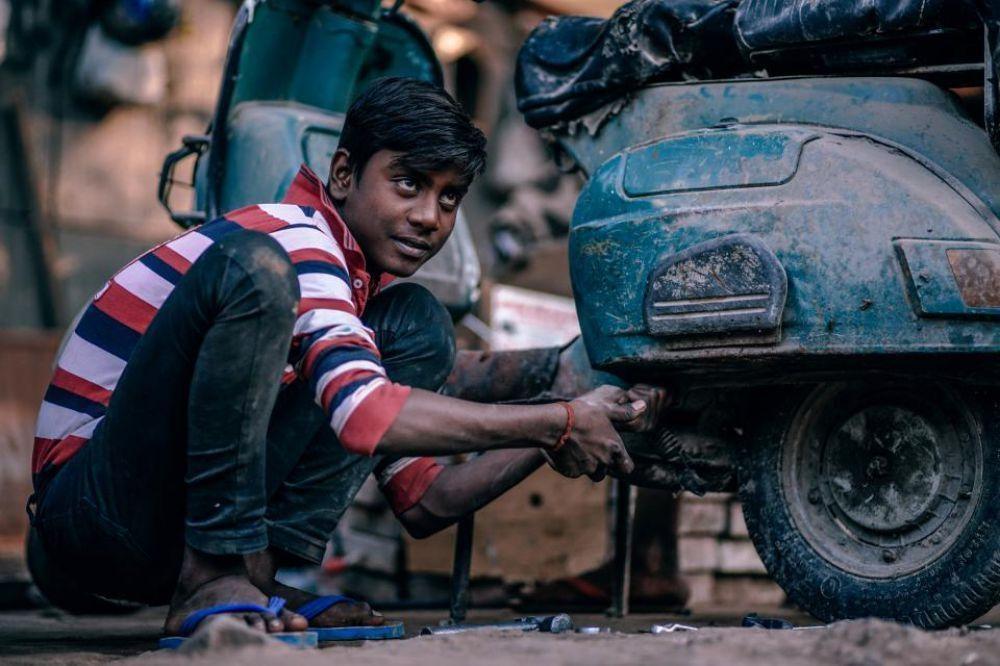 In simple terms, demographic dividend is the accelerated economic growth due to a large young population. As per Census 2011, 50% of Indian population is under 25 and 66% is under 35 years of age. The average age in India is 29 years as compared to 37 in China and 48 in Japan. India’s young labour force of 600 million – twice the total US population – provides for a golden opportunity of rapid economic development similar to the one achieved by China in the last 20 years.

However, 90% of job growth is happening in the low-skill and low-value informal sector such as construction workers. Only 4% labour force in India receives any training as compared to 60% in China. The outcome is low labour productivity, poor technology adoption resulting in low economic output and growth.

The industrial sector in India, characteristic of above features, has a growth rate of 1-2% compared to the high-skilled service sector which has averaged 10% growth. It contributes only 27% to the GDP while the service sector contributes more than twice at 55%. Thus, India’s industrial sector requires a strong vaccine of technology and skill development for us to optimally utilize our demography. For the same reason, the present government has simultaneously initiated the Make in India and Skill India campaign. 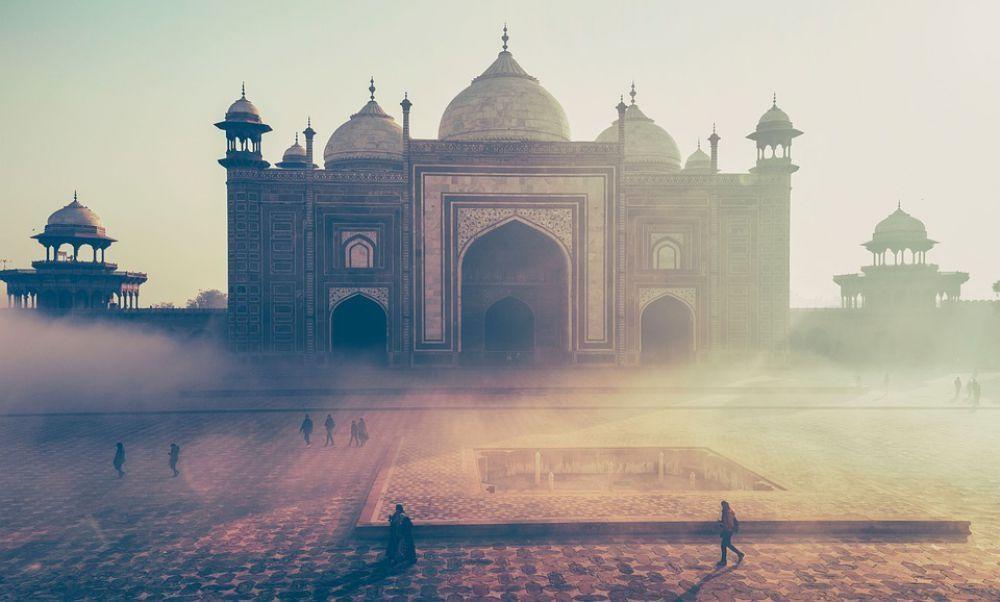 If the industrial sector lacks technology and skills, then Indian agriculture is on a different level altogether. It employs 55% of the population, yet contributes only 17% to the GDP despite receiving annual subsidies worth 2 lac crores ranging from subsidised credit, input subsidies on seeds, fertilisers, electricity, loan waivers etc.

Clearly, the problem besetting Indian agriculture is beyond simply lack of governmental support. It is much to do with poor technology adoption and traditional methods of farming. The productivity of Indian agriculture is quite low compared to developed countries like US and France, or even China.

The success story of Green Revolution in the 1960s and 70s proved how use of advanced technology in terms of HYV seeds catapulted the production by 2 to 3 times within a decade. However, the gains of Green Revolution have been limited to regions of Punjab, Haryana and Western UP only.

With 2/3rd population directly or indirectly dependent on agriculture, India’s socio-economic development is mathematically impossible without the technological advancement of its white elephant. Secondly, skill up-gradation of Indian farmers is important and knowledge about new practices such as precision farming, micro-irrigation etc. needs to be transferred to them for more efficient resource utilisation. The Kisan Vikas Kendra (KVK) network should play a leading role in this regard. 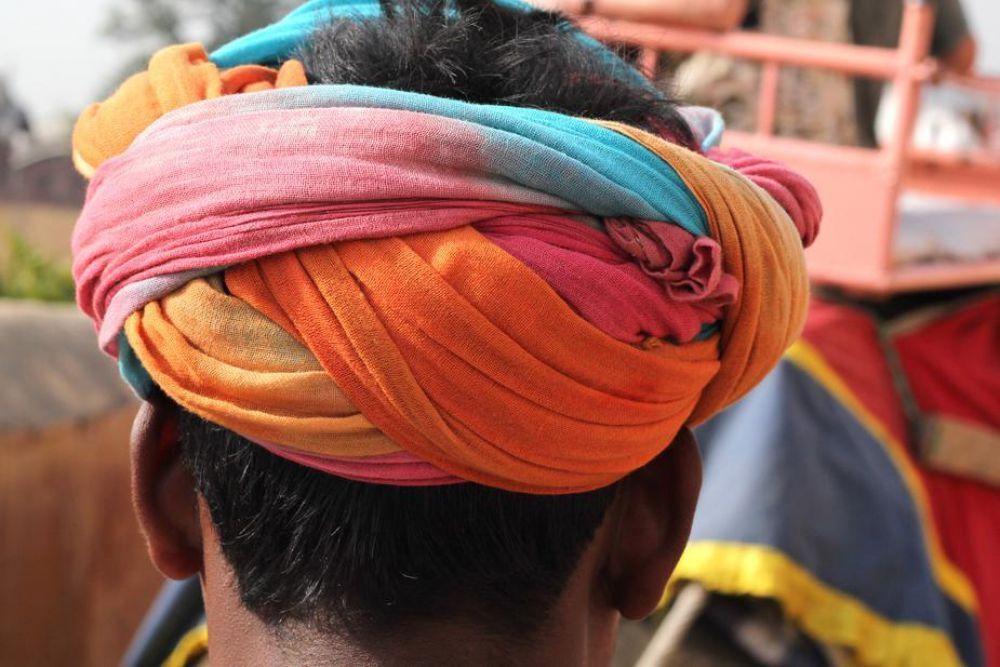 For all the drum roll about India being the fastest growing economy, it still ranks 131 on UNDP’s Human Development Index. It is mainly due to lower per capita income levels, poor access to health and lower education levels - pretty much all 3 indicators of human development.

The outcome is a vicious cycle of poverty. Even though the Census 2011 places the poverty rate at 21% (at Rs 32 per day), the actual figures based on the mutildimension definition of poverty followed by the UNDP is close to 50%. Also corroborated by the recently released data from Socio-economic Caste Census of India.

Amartya Sen has been a great proponent of human development as a prerequisite for economic development of the country. Education, and by extension skill development, empowers people to take up more secure and high-paying work. This allows one to lift his/her family out of poverty. This in turn creates more healthy and productive labour force, ultimately adding to the national output.

Technology is a double-edged sword. But its fair use can be a great levelling force. Inclusive growth in India has remained elusive only because a fraction of the population has had access to technology. While you are reading this article online, 65% of Indian villages are yet to be connected via broadband (Digital India Report 2016).

The world is going digital and internet is emerging as the single most powerful technology. It can help India achieve a more inclusive growth. Through Digital India program, once internet is made universally accessible, children in rural India can access world class education on their computers, people can order products online, go cashless and make instant transactions using UPI and Aadhaar Pay. Farmers can receive weather updates on their smartphones and real-time price updates on their products. They can even sell their produce in the national e-market the government is working on.

Furthermore, technology advancements in areas like space, solar energy, communication can act as growth enabler and produce formal employment for our burgeoning youth. 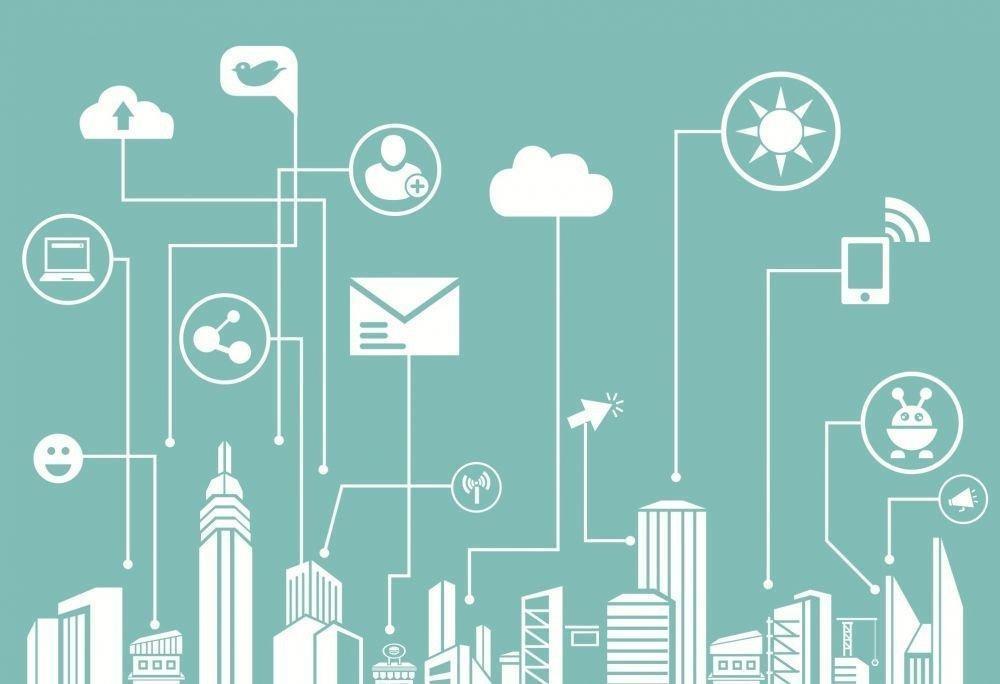 No country has developed without the twin pillars of technology and skill and India can be no different. For increasing our exports, we need to become quality and price-competitive.

To improve our trade deficit by reducing imports in defence, coal etc, India needs to expand and upgrade her technology base.

This will allow India to integrate more strongly into the global economy and not be a fringe player and exporter of raw materials or IT services only. 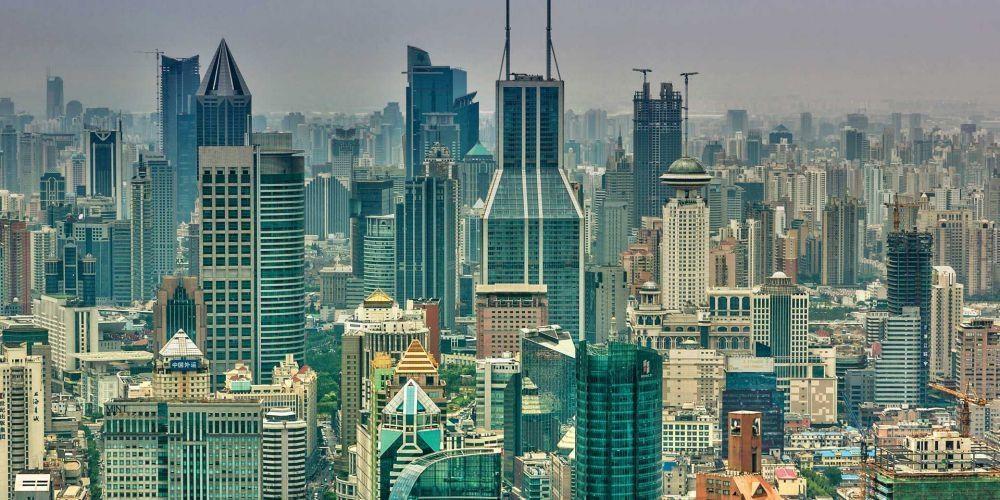 In 1990, India and China had roughly equal GDPs ($ 350 billion). In 2016, China is a $ 10 trillion economy compared to our $ 2 trillion. The difference has been achieved mainly on the back of low cost manufacturing and gainfully skilling its vast population by China.

India has much to learn and take confidence from the spectacular rise of China. However, the India growth story faces unique challenges. India’s vitriolic democratic polity, socio-religious diversity, national security issues, an over-burdened agriculture, slowing global economy and unfair mechanism by developed nations present India with a tough but achievable road ahead.

As Victor Hugo quotes – “no can stop an idea whose time has come”. India’s time has surely come and its high time we reclaim our lost glory and write the 21st century history.

Nishant is a researcher turned storyteller. He writes on an eclectic mix of technology and society. Nishant holds a master's degree in Intelligent Systems from University of Michigan Ann Arbor. Besides work, he is also pursuing a master's in Sociology to understand our social problems better. In his free time, he helps early-stage startups build more engagement-oriented content strategies. Nishant advocates minimalism as a way of life.