3 Ways In Which IoT Reliability Can Be Improved

3 Ways In Which IoT Reliability Can Be Improved 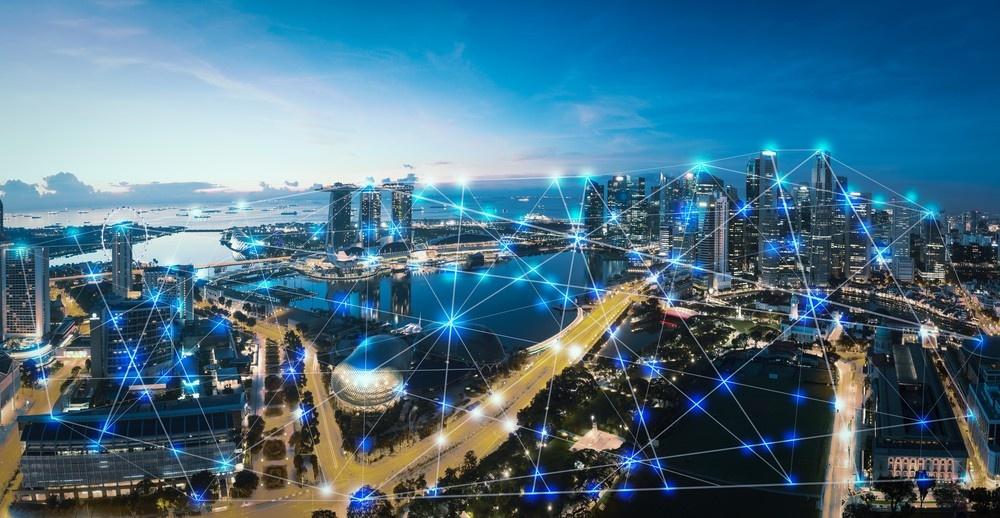 Over the past decade, smart devices have seemingly taken over the world. As per a 2021 study, there are approximately 175 million smart homes globally. Similarly, automated supply chains can use smart sensors and plugs for asset tracking and inventory management. The Internet of Things (IoT) powers the networks that connect such smart devices and applications. As you can imagine, manufacturers, hospitals, exporters and businesses in other sectors depend heavily on such applications for critical functions—such as performing a bypass surgery with robotic arms or mixing two explosive chemicals autonomously in just the right proportion to make a solution essential to business operations. In such circumstances, the reliability factor of IoT devices must be absolutely unwavering.

Here are some ways in which high reliability in IoT for smart cities can be achieved: 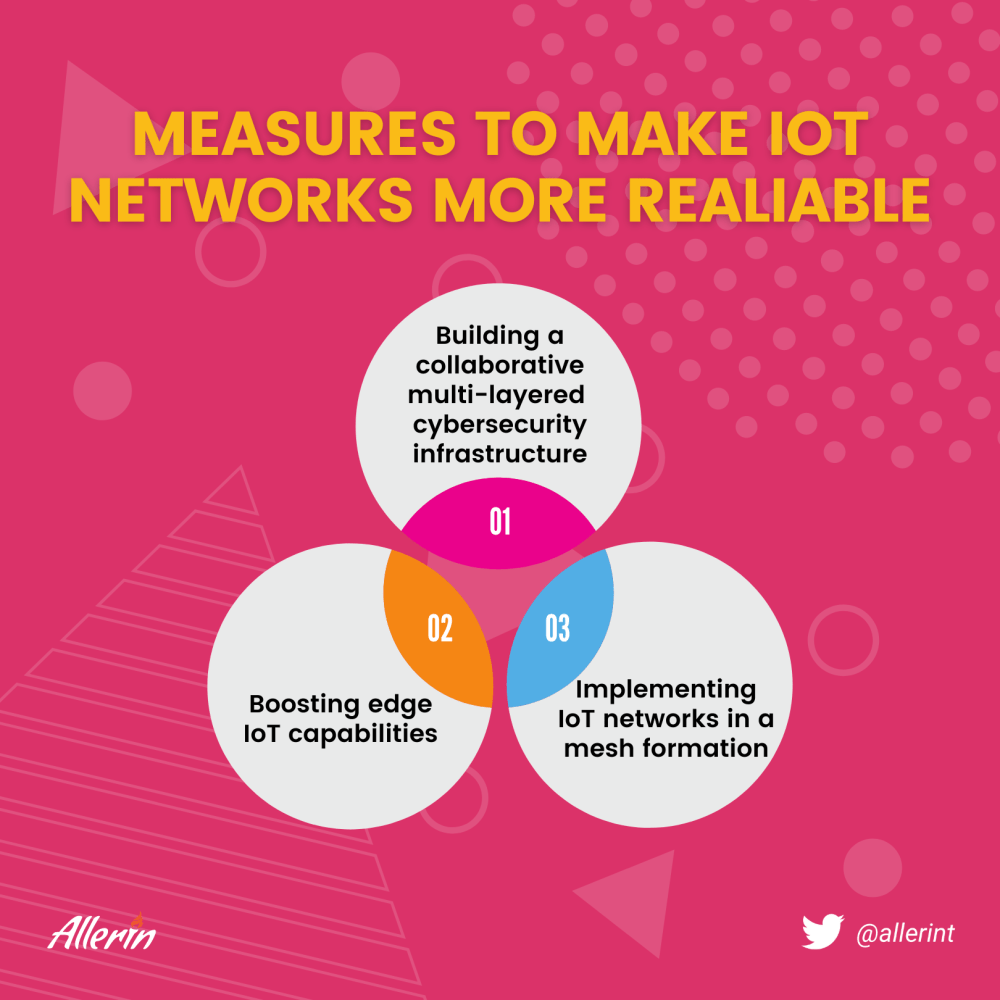 Older IoT networks involve edge components with lower computing power. This makes the transfer of data through the various IoT devices slower, thereby making the overall network needlessly laggy. You can prevent this by incorporating computing resources—and, by extension, computing power and storage space at the edge devices. This will serve two purposes in an IoT network. Firstly, this will prevent the stagnation of data in the backend. Instead, improved data processing and storage in the edge devices of a network will ease data flow and prevent congestion. Secondly, the increase in computing power and autonomous decision-making capability within edge devices will make IoT-driven operations faster and more accurate.

Traditional IoT networks use star networks in which all the devices in a network are connected with a common gateway. The gateway acts as a carrier for all the data collected by the sensors and devices. Although star networks are cost-effective to implement, problems such as black spots and limited network coverage are common in such IoT networks. In contrast, mesh networks, which involve sensor devices distributing data with one another through multiple nodes, increase the coverage area for data transmission, scalability, and self-healing algorithms. This greatly increases the reliability of IoT for smart cities, even when two devices are separated by a large distance.

Another factor that needs to be considered when IoT reliability is considered is cybersecurity. IoT networks may involve several businesses and stakeholders. To make the overall network resistant to DDoS, data breaches and other kinds of cyber threats, such stakeholders must build a multi-layered infrastructure wherein all devices have tight Identity and Access Management (IAM) protocols through Multi-Factor Authentication (MFA) applications. This will make hacking into an IoT network difficult for cyber-criminals.

Such measures will simply prop up the reliability aspect of IoT for smart cities and businesses and ensure that the critical operations that use the technology face zero to minimal downtime.

View all
Why High Performing Organizations Don’t Leave Development to Chance
How To Get More Work Coming Your Way As A Property Manager?
11 Reasons Why Annual Reports Are Important
Top Reasons English Is a Global Language, and You Should Learn It in 2022
Why Workplace Injuries Can Happen Even in Offices and How to Reduce the Risks
Roof Maintenance Tips for Businesses: How to Keep Company's Premises Safe
Green Blockchain Plays a Major Part in Fending Off Climate Change
8 Great Ways to Help You Save Energy
How Blockchain Technology is Reinventing The Power Grid
How Blockchain and IoT Collectively Reshape Food Production
4 Ways To Make Sustainability A Part Of Your Everyday Life
Are Mushrooms the Future of Fashion?
Compliance Management is Reforming: Can Revenue Generation be a Possibility?
Bank of England (BoE) Steps in to Calm Down Financial Markets
Markets Crash as Monetary Laughing Gas Fades
More Than 30% of British Adults Are Involved in Entrepreneurship
How To Cancel Timeshare Legally Without Being Scammed
Understanding Personal Financial Management: What You Need To Know
Some Economics of Tobacco Regulation
Some Human Capital Controversies and Meditations
US Unions and Alternative Voices for Labor
Core Inflation Soars, Retail Sales Weaken
Labor Economics: Quiet Quitting, Firing, Mental Health and Productivity
The Slowdown of U.S. Productivity Sector
King Charles III's New Royal Cypher Revealed
76 Theses on American Patriotism
Why Are More People Becoming Right Wing?
A New Law That May Impact Prince Andrew, Princess Beatrice and Prince Harry
King Charles Meets Northern Ireland's Political Leaders During Historic Visit
The Role Machine Learning in Tracing Historical Events
Why You Should Always Put Your Wellbeing Before Other Matters
Brilliant Thinkers Relish Ambiguity, Dull Thinkers Loathe It
Treating Anxiety with VR Technology
The Rise of Telemedicine
You Want Straight Teeth, But Don't Like The Looks Of Braces? Here's The Solution
What Should Hospitals Add To Ensure Maximum Patient Comfort
Why You Should Not Lead If You Aren’t Authentic
How to Transition your Culture as you Scale your Organisation with Darrin Jahnel
Why Is It So Hard To Learn From Our Mistakes?
35 Hidden Countries
How To Know If You're Ready For The Next Step In Your Relationship
Toward a More Spiritual You
Looking for a PC that Caters to Your Requirements? Here's a Brief Guide
AR and IoT Applications for Industrial Verticals
Resolve the Data Discrepancy Conundrum in Your Supply Chain Cycles with Blockchain
How to Write Website Content that Drives Traffic
6 Things You Should Know About How Search Engines Function
Changing Tides at NAMIC

Why You Should Not Lead If You Aren’t Authentic
Why High Performing Organizations Don’t Leave Development to Chance
Compliance Management is Reforming: Can Revenue Generation be a Possibility?
Bank of England (BoE) Steps in to Calm Down Financial Markets
How to Transition your Culture as you Scale your Organisation with Darrin Jahnel