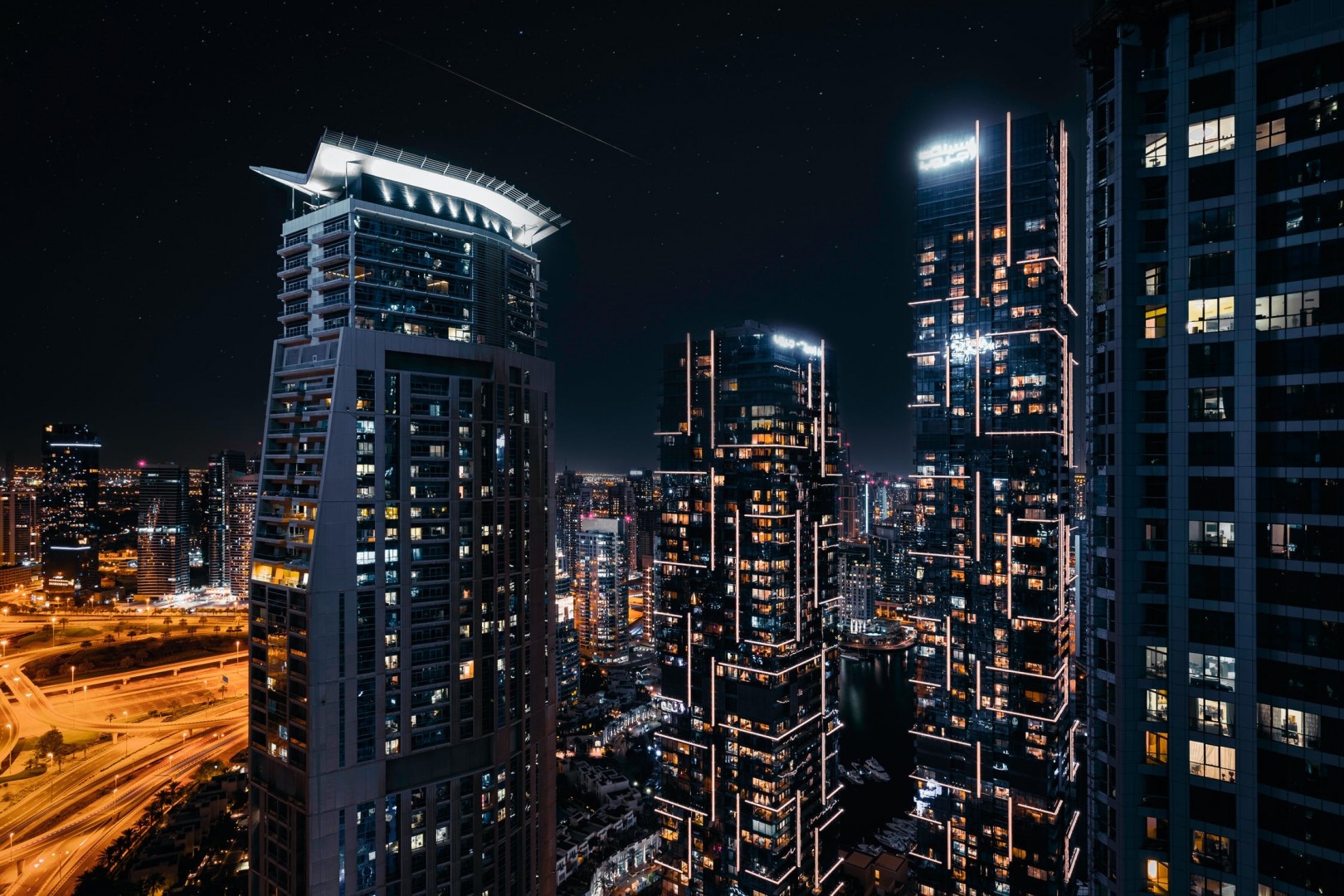 Smart cities have the ability to transform the lives of its citizens. However, there is a dark side to these smart cities that can go unnoticed.

Along with multiple benefits, smart cities can introduce several issues such as invasion of privacy, power consumption, and poor data security. Such issues may have drastic repercussions on public welfare and negatively affect citizens’ trust in the system. Governments and smart city planners must develop an effective approach to address the concerns associated with smart cities.

Exploring The Dark Side of Smart Cities

The dark side of smart cities includes the following challenges:

1. Lack of Citizen Awareness and Participation

Governments spend billions of dollars on smart city projects to deploy complex infrastructure. Key personnel communicate and collaborate with multiple people to create effective implementation strategies. Governments aim to transform their cities with the help of modern technologies. But, all these efforts and funds go down the drain when the citizens themselves are unaware of such changes. For instance, a traffic monitoring system that sends real-time traffic updates to drivers and suggests them alternative routes to reduce congestions can be installed in smart cities. However, a driver who is not tech-savvy would be unable to use such advanced systems.

For the development of any smart city, citizen awareness and participation are necessary. Unawareness of changing policies and their impact on citizens’ lives can prove to be a major hurdle. Even in developed nations, citizen awareness of smart cities is remarkably low. The situation is comparatively worse in developing countries where illiteracy is already a major issue. In such countries, a significant percentage of the population is not tech-savvy. Hence, citizens are not ready for full-fledged adoption of modern technologies and new policies for the development of smart cities.

Funding is a major concern in developing smart cities. Globally, governments spend hundreds of billions of dollars on smart devices, networking equipment, hiring skilled professionals, and upgrading and buying new systems and resources. The global spending on smart cities will probably increase to $135 billion by the end of 2021. For developing countries, spending billions of dollars for such projects can be quite expensive. Hence, governments of developing countries may have to rely on private and foreign investments. Governments also have to consider the coverage and capacity of IoT sensors and their network requirements. Based on the scope of the project, governments have to decide how many sensors will be required and how these sensors will be connected. Additionally, every sensor requires high-speed connection for consistent data exchange.

Another crucial aspect of sustainable smart city development is maintenance. Hardware and software necessary for smart cities must be frequently audited to maintain the performance. Also, developers have to release over-the-air software updates regularly to squash out bugs and fix security loopholes. Governments have to consider all of these technicalities and their expenses before starting a smart city project.

According to a study, over 1 trillion sensors were installed by 2020. Currently, all smart sensors work on batteries. Hence, the production of batteries must increase along with the aggressive adoption of IoT devices. But, manufacturing at least 1 trillion batteries for IoT devices specifically along with other applications would be almost impossible. Even after producing batteries on such a large scale, the energy consumption would increase at a staggering rate. Also, constantly monitoring the energy levels and replacing batteries of a trillion IoT sensors would be a daunting task. An alternative would be using electricity or fossil fuels to power all our IoT devices. However, this approach would exponentially increase energy consumption and pollution. Hence, using renewable energy sources would be more feasible.

Smart cities constantly collect large volumes of data using cameras and sensors for numerous applications such as traffic monitoring and safety. Due to aggressive data collection, several civil rights activists and researchers have concerns about the invasion of privacy. According to them, constant camera surveillance will lead to the establishment of a ‘big brother’-esque surveillance state. Also, continuous data collection helps government authorities understand every aspect of their citizens’ lives. If such data falls in the wrong hands, the consequences can be grim.

Data security is another major issue that is associated with collecting data for smart cities. Large data vaults are prone to various cyber attacks. Cybercriminals are constantly designing new malware and cyber attacks to gain illegal access to citizen data. Attackers are always trying to create stealthier and more dangerous cyber attacks. For instance, in the city of Del Rio, Texas, a ransomware attack shut down multiple servers in City Hall. All government operations were handled using pen and paper along with no access to historical records. Such cyber threats can be disastrous for any smart city and pose a major threat to citizen data.

After collecting large volumes of data, governments generate informative analytics to gain insights into different aspects of smart cities using big data analytics. The data utilized for analytics is historical data and real-time data. Such data may include human biases leading to inaccurate results. Systems utilizing this data may unintentionally discriminate against specific religions, ethnicities, or genders. For instance, a student evaluation system for college contains data that is biased against a specific race. Then, the system will complicate the approval process for students of that race even after they fulfill the required criteria. Such unintentional bias, if left unattended, can lead to dire consequences for several people.

The case of data bias raises a huge question of accountability. If someone has been a victim of discrimination due to data bias, then who can be held responsible for such an act? What can the victim do in this incident? Questions like these require keen attention from smart city planners before they adopt modern technologies for various applications. Additionally, even after identifying unintentional data bias, finding the flawed data among the large volume of data can be a ‘needle in the haystack’ situation. In this case, deleting all the collected data and starting over with precise, unbiased data seems to be the only option. But, refreshing the entire body of data will be expensive and extremely time-consuming. Hence, smart cities should be careful while selecting data sources for smart city applications.

Governments, tech experts, and city planners have to ensure that the challenges of smart cities do not offset the benefits. For this purpose, governments should communicate with lawmakers to create better regulations for smart cities. Additionally, hiring experienced professionals is a necessity for sustainable smart city development.

View all
Enabling Your Data Driven Organisation - Part 2
Enabling Your Data Driven Organization
Action is the Foundational Key to All Success - But Knowing Which Action to Take is Half the Battle
How GDPR & Data Protection Act Affect the Marketing Industry
Inflection Point July 2021
7 B2B eCommerce Trends You Should Know in 2021
9 Best Ways for Businesses to Reduce Carbon Footprint
Sustainability: How Feasible Is It For Us to Stop Buying?
How IoT and AI are Protecting Wildlife From Poachers
Regenerative Development: The Next Step Beyond Sustainability
4 Challenges of The Carbon Credit System and How Blockchain Can Reduce Carbon Footprint
6 Sustainable Swaps for an Eco-Conscious Home
Bond Boom Bolsters Bitcoin’s Bottom Line
A Guide On How To Choose The Right Loan For You
Understanding the Role of Artificial Intelligence in the SPAC Bubble
How To Understand If a Forex Robot Is A Scam?
What’s Stirring in Prediction Markets?
How to Predict Inflation Affect on Installment Loans
Can Administrative Health Care Reforms Get the Administrative Cost Advantages of Single Payer?
The Next Crisis Will Come from Cryptocurrencies
Has the Health Crisis Killed Music For Good?
Odebrecht: “The Largest Foreign Bribery Case in History”
Ransomware Attacks: No Longer a Matter of “If,” but “When”
The Potential of Geothermal Energy
How to Create Intelligent Governments with Artificial Intelligence
The Confidence of Americans in Institutions
Cuba: The Dictatorship And The “Blockade” Lie
The Role of AR, VR, AI and Robotics in Future Conflicts
Why Countries Need A National Artificial Intelligence Strategy
Learned Hand: “The Spirit of Liberty is the Spirit Which is Not Too Sure That It is Right”
What is the Difference Between The Learning Curve of Machine Learning and Artificial Intelligence?
Can Artificial Intelligence Be Racist & Sexist Like Humans?
Meat: Less is More
Debunking The Discovery of all Discoveries
Why Healthcare Is Still Not Ready For Artificial Intelligence?
Patient Privacy Concerns We Must Address Before Digitizing Healthcare
Why It's Time to Rethink Education and Change the Way We Teach and Learn?
Do You Show That You Care?
Why Make An Excuse For An Error That You Haven't Made?
Consistency is Key
Deep Breathing and the Quality of Life
How Memories Are Formed
IoT and 5G Convergence
Trends in Smart Home Technology
The Future of Job Training – Augmented Reality
Building Back Stronger – Security as the Foundation for the UK’s Digital Transformation
The Current State and Future of Telepresence Robots in the Educational Sector
How Blockchain Can Ensure Patient Privacy in Digital Healthcare Ecosystems

Can Administrative Health Care Reforms Get the Administrative Cost Advantages of Single Payer?
IoT and 5G Convergence
Why It's Time to Rethink Education and Change the Way We Teach and Learn?
Bond Boom Bolsters Bitcoin’s Bottom Line
The Next Crisis Will Come from Cryptocurrencies