5 Ways of Safeguarding Drones Against Hackers

5 Ways of Safeguarding Drones Against Hackers Drones can be easily exposed to hacking leading to catastrophic outcomes.

Previously known to serve only military purposes, drones are now transforming various sectors across the globe with their groundbreaking ability to fly without a human controller. It is impressive to see how scholars, drone makers, and different companies are exploring new areas to make the best use of drones. However, due to the growing market demand and the need to gain competitive edge, drone makers often fail to consider hacking and other security issues. In the haste to intensify sales against competitors, drone manufacturers fail to contemplate robust cybersecurity defense policies and mechanism for ensuring drone safety. If this behavior persists, we will soon be experiencing scenarios similar to IoT data breaches. Not only makers but also consumers should ensure drone safety.

One big way for malicious actors to disturb the smooth working of drones is by identifying glitches in its underlying technology and trying to exploit these. Hackers can strain the network connection, which can lead to drones eventually shutting down or working as per the hacker’s wish. And this is just one of the multiple ways a hacker can intervene. Skilled hackers will use their methods to jam drone control signals, very easily. So, let’s guard ourselves against these evil players by following the ways mentioned below: 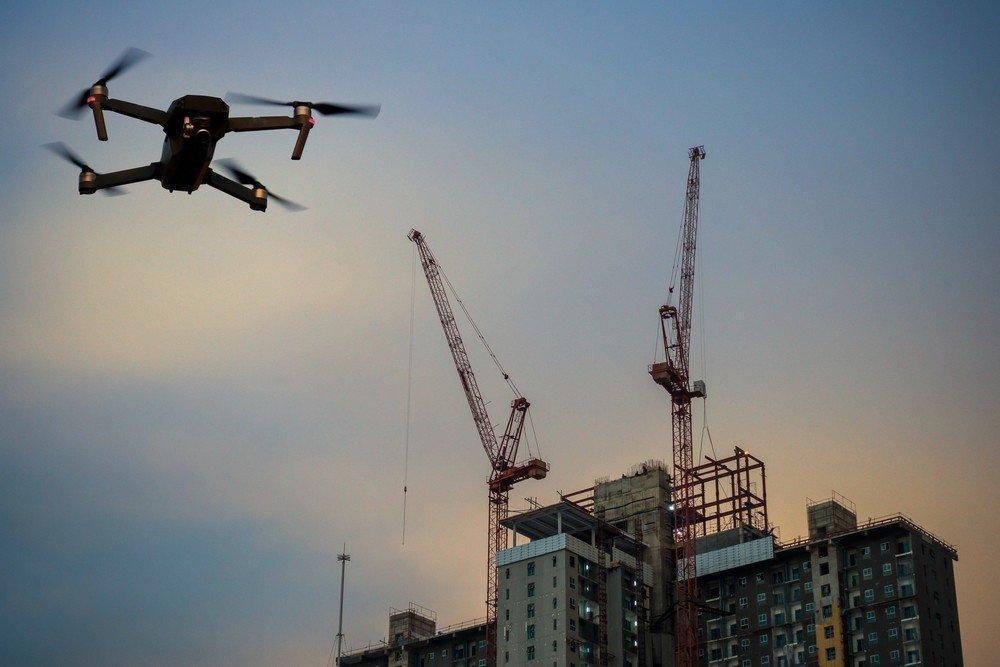 It should be clearly understood that failures on part of manufacturers are not the sole reason for compromised drone security. Users should be mindful of certain things to ensure drone safety as well. Firstly, when users plan to buy a drone, they should conduct a comprehensive research on every drone brand. Also, remember that while the inexpensive drones may have all the capabilities you were looking for, security cannot be compromised simply because it involves an additional cost. Even if the costs are high, it’s always better to purchase a drone that withstands the black hat activities. After all, it’s better to be safe than sorry.

Ensure that the device you use for operating a drone is free from viruses or any other malware. The device could be a smartphone or even a computer. Users should not delay the upgradation of an antivirus application. Weak points like these are a hacker’s favorite entry spots. Besides, making use of a virtual private network (VPN) that creates an encryption-based connection during communication will make the hacker’s job even more complicated. This private network guards all your online activity. Such an effort from the user’s end will help enterprises achieve their cybersecurity goals easily and more effectively.

Don’t fly the drone at the same place all the time. Avoid using the same flying pattern every day. Wonder why? If you follow the same pattern every time you fly a drone, hackers can easily make a note of it. On the other hand, if users operate drones at unspecified areas, hackers will not be able to get hold of the drones.

Until now, we have mentioned a few tips for drone users. Let’s quickly check out what drone makers can do. Manufacturers should make sure that drones they produce are robust and have strong encryption. The absence of encryption will enable hackers to eavesdrop on the communication network easily. They can easily get to know what data is being transmitted, alter the data, send fake commands, and manipulate drones to work according to their wish. Hackers can also accomplish to crash or misplace drones in the absence of strong encryption. When concerns around privacy and security arise, we get to hear about the potential of blockchain. But why is blockchain so special? The technology, which came into existence in the year 2009, revolutionized the cybersecurity strategy of companies. Blockchain is a technology that stores everything we input on a decentralized ledger. And the best part is, the ledger is secured using strong cryptographic methods. Anyone who wants to access or add new data on a blockchain network has to share the difficult-to-crack authentication code, first. Only participants entering the right code will be offered access.

All the data associated with drones can be stored on blockchain’s decentralized ledger, which can only be viewed and accessed by the participants after they complete the validation process. This eliminates the risk of hacking. The potential of clubbing drone technology with blockchain is being realized by tech giants too. IBM has filed a blockchain patent and has elaborated upon the use of blockchain technology for tackling concerns around security and privacy.

The drone industry comes with a wide spectrum of possibilities and opportunities in the tech space. But, it would not take a lot of time for an experienced hacker to ruin or shatter a drone system. Hence, to enjoy a secure drone flight, we need to ensure drone safety in the first place. And this can only be achieved when not only companies and the government bodies but also consumers come forward to lend their helping hand.