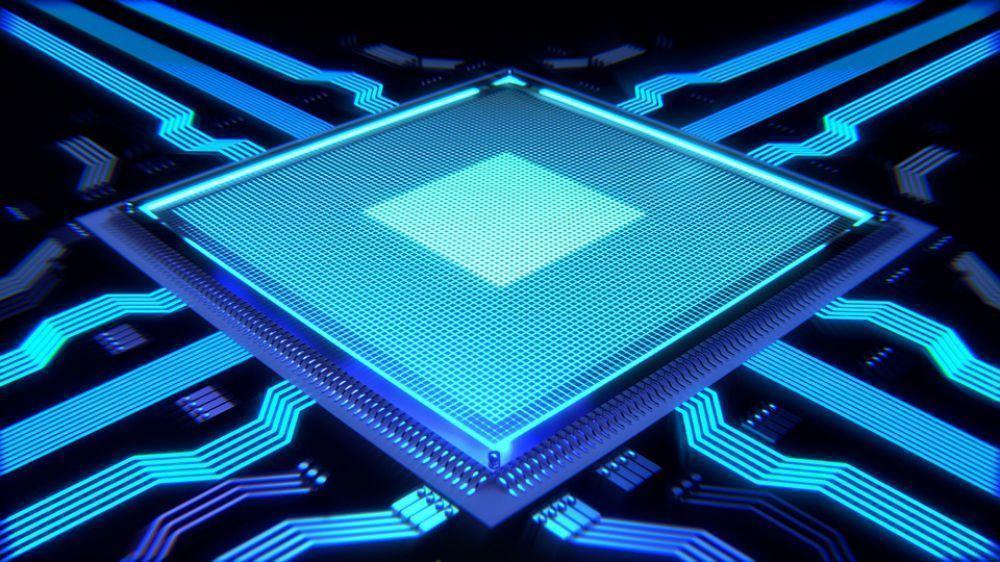 Artificial Intelligence is today’s buzzword that has been buzzing around more frequently with higher and ever-increasing intensity every passing day. Reason is as clear as a crystal: Its power and possibilities it can create. 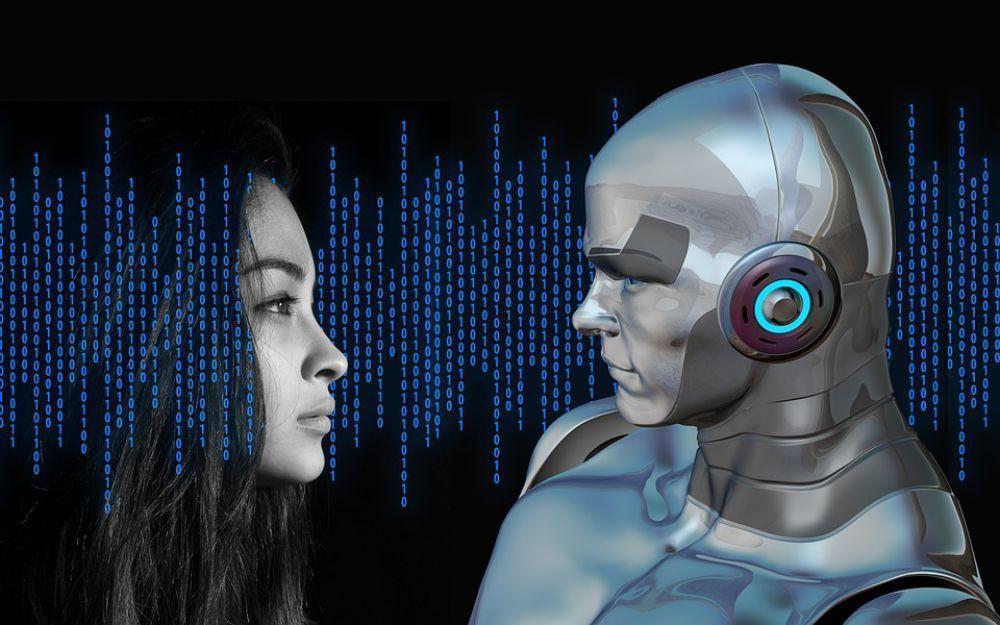 A Gartner prediction goes on to say that AI bots will power 85% customer service interactions by 2020 and will drive up to USD 33 trillion of annual economic growth.

A report by BCG and MIT Sloan Management Review suggests that about 75% of global executives believe that AI will enable their companies to move into new businesses. Almost 85% believe that AI will allow them to obtain or sustain a competitive advantage. Among global leaders, the report further adds that 75% have identified the business cases for AI.

Per a market research firm called Tractica, the annual global revenue for AI products and services will grow from USD 643.7 million in 2016 to USD 36.8 billion by 2025, a 57-fold increase!

AI is nothing but the science of embedding cognitive abilities into machines. Simply said, it is to allow machines to undergo myriad numbers of experiences (Model training, its technical phrase) so that it would decide what works in what scenarios. This is not about coding into the system but allowing, rather enabling the system to code for itself. All you have to do is to be an informed facilitator; yes, here ‘informed’ will have a dark underline.


I am yet to decide whether to subscribe to the Elon Musk school of thought — which I know would force me to imagine a wicked grin from a robot — or to trust the sanity of the average human being picking up this closed book of AI which has barely opened. It doesn’t really matter who thinks of AI highly or lowly but one thing is certain: Its time has come. Before you buy time in realizing and delay in deciding of its adoption, it may come and stare straight in your face! You may not even have the bargaining power that you still enjoy today. Let me share with you some thought nuggets to chew over its probable potential:


Google’s Pixel Buds are the ear buds that can translate spoken language in real time. You wear the buds and someone in an unknown language when talks to you, the buds will translate it in your ears. During your talking turn, hold the right ear bud and talk in your language, and your Pixel phone speaker will give the translation for the other.

Computer vision - Facebook built an AI called Lumos to understand and categorize videos. The team at YouTube too is busy making sense of the video content — whether it’s dancing, walking, or standing; whether professionals or amateurs are dancing etc.

The future would be in designing things such as making robots learn how to immaculately pour cereal into a bowl learning itself from the videos of people doing it.

If you like a trendy bag from a stranger, all you can do is take a picture and upload on a site, and AI at Alibaba would give you the bags available to shop that best resemble the photo.

Be it a planning your next vacation to picking up the dress for the occasion to choosing a stock suitable to your risk appetite, AI bots will soon be at your disposal.

AI in its early ideation stage had assumed the title of Artificial Intelligence but with the dawn of 21st century it started seeing the sunrise with the hope of scaling up data and computing power. While multiple people have expanded the term to make their points, I too am taking liberty in stretching AI to drive my message home. To me AI is in a true sense an Alternative Intelligence to Human Intelligence. It has quickly picked up as an Applied Intelligence and rapidly progressing in top gear to be the All-empowering Intelligence.

Perfectly put by Andrew Ng, AI is the new electricity. Just like electricity took on a mammoth task to transform the globe about a century back, the baton of mass transformation was then given to the internet and is now shared with the AI which is currently spearheading the cause.

As Victor Hugo famously said, “An invasion of armies can be resisted but not an idea whose time has come,” AI is not a guest for the first half of the 21st century; it is the proud and prepping host for the second half of it.

With nearly 15 years of industry experience, Pratik works as a delivery head for global analytics projects at a Bangalore-based MNC. Involved in various innovative projects and concepts, he applies a range of Machine Learning and Deep Learning algorithms to create and deliver strategic insights. As part of his wide range of assignments, he pieces together new technology trends and shifting business demands to bring about cutting-edge applications. For years he has been blending his analytical prowess and people skills to tap into the unexplored and less-explored business dimensions and convert them into value creators. Passionate about sharing his continual learnings, he is also a corporate trainer and a speaker at events. Pratik holds an MBA in Finance with Information Technology and a bachelor’s degree in Industrial engineering.

View all
6 Reasons Why You Should Consider A Fish Tank For Your Office
7 Useful Small Business Marketing Tips
Need To Get Ready For That Job Interview Soon? Listen To These Tips
A Guide to Kick-Starting the Digital Transformation Journey of Your Business
The Elements of Scale: Capabilities You Need in your Test Automation framework and infrastructure
7 Interesting Careers Perfect For A Switch
Expert Tips To Create An Environmentally Conscious Workplace
Climate Emergency Innovations and Insights in Business
Why It’s Crucial To Fix Your Business Energy Prices Before 2023
Artificial Intelligence Is Transforming The Aviation Industry
How Has the Energy Crisis Impacted the Cleantech Job Market?
PADI Dives Into Global Conservation
When Should You Get an Emergency Loan
Why Do You Need Car Insurance?
A Short Guide to Employee Group Life Insurance
Benefits of VR L&D Training for Higher ROI
How and Why to Refinance Your Mortgage
How To Renew Bajaj Allianz Bike Insurance? Important Steps To Know
When Surrounded By Exponential Growth, “Wait and See” Can Mean Missing An Opportunity
HR Digital Transformation and the Rise of AI in the Corporate World
Peltzman on Stigler on Regulation
Should the US Switch to a Declining Discount Rate?
Putting U.S. Labor Force Participation in Context
Keynesian Policies Have Left High Debt, Inflation and Weak Growth
The Safest and Most Dangerous Places to Work in the UK
Investment Charges When Mexico Privatized Social Security
Henry Adams on the Corruptions of Power
Former Pakistan Prime Minister Imran Khan Shot in Foot in Clear Assassination Attempt
Benjamin Netanyahu Set to Return as Israel's Prime Minister
Reflections on Sources of US Energy Consumed
How Do You Get Addicted to Alcohol? Everything You Need To Know About the Addiction Process
How AR Glasses Can Tackle Visual Impairement
Main Reasons Why A Young Woman May Have Low Progesterone
How to Gain More Control Over Your Mental Health in Today's World
How Food Insecurity Is Driving an Increase in Adult Disordered Eating
6 Keys to Finding The Top Diet Pills Online
Want To Improve Your Business Skills? Here Are Some Ideas
How Blockchain Can Tackle Homelessness
How To Reject Opportunity; Like Turning Down the Beatles
State Your Case and Win
7 Common Garage Problems and How To Solve Them
Are You Struggling With Alcoholism: Here Are 10 Things You Can Do To Make It Stop
Choosing Technology for Your Business
Reducing Cyber Underwriting Risk Starts with the 3 “Bs”
Productivity Hacks for Remote Workers
Essential Guide to Use Google Local Service Ads
9 Trends That Will Dominate Blockchain Technology In 2023
4 Ways Artificial Intelligence Has Revolutionized the Retail Sector

When Should You Get an Emergency Loan
Choosing Technology for Your Business
Want To Improve Your Business Skills? Here Are Some Ideas
6 Reasons Why You Should Consider A Fish Tank For Your Office
Reducing Cyber Underwriting Risk Starts with the 3 “Bs”