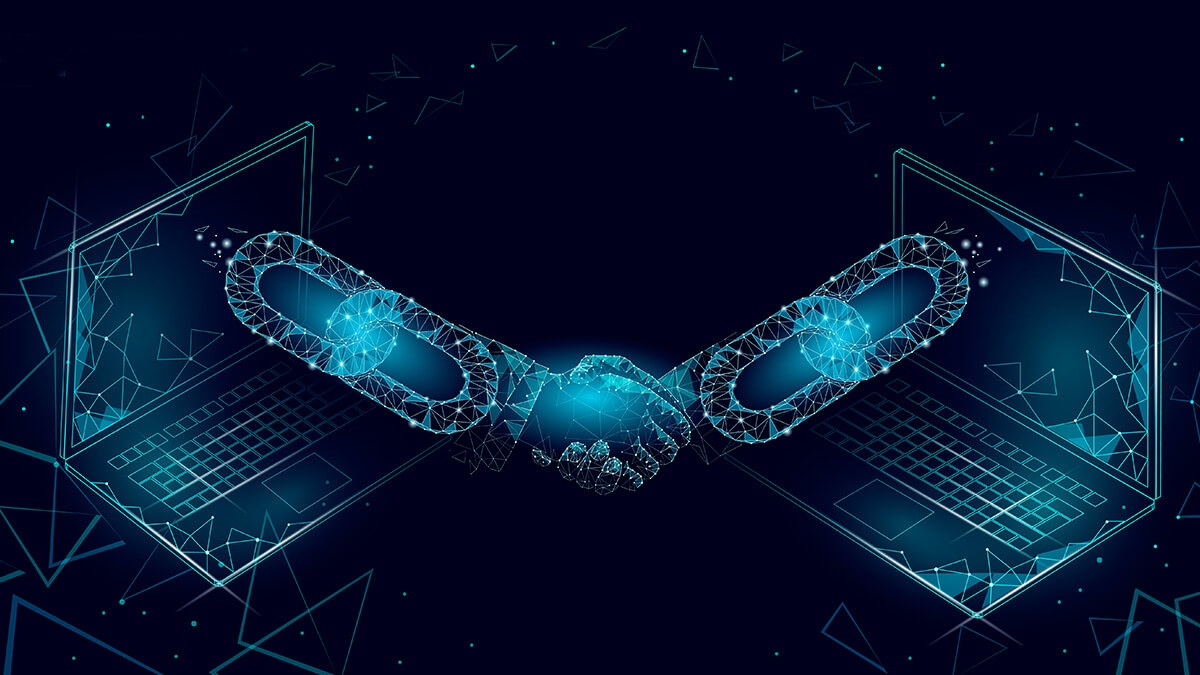 Just like the Bitcoin boom of late 2017, Dogecoin, Ethereum, and other forms of cryptocurrency are starting to gain constant notoriety in the media.

At this point, those who do understand what cryptocurrency is realize the disruptive nature of the concept and how it can upend the banking and financial industry.

I recently wrote an article about how governments around the world are starting to adopt the concept of a digital currency that would replace cash, the United States being one of them, as cryptocurrency like Bitcoin is created by a private entity, extremely volatile, and is similar to gold.

But the disruption from the concept of a digital wallet and cryptocurrency runs far deeper than just money. The technology that powers Bitcoin, other cryptocurrencies, and eventually the federally issued digital currency, called blockchain, is far more disruptive to many different industries, and yet no one is really paying a lot of attention to it.

Because of this, it is prime time to use the principles of my Anticipatory Leader System to leverage blockchain technology and become the positive disruptor of your industry. Blockchain itself is a Hard Trend; its obvious benefit to cut out the middleman present in the financial industry is not going away, and it is a future certainty that will disrupt more than just banking.

Let’s take a look at a few industries that should start being anticipatory in their understanding and implementation of blockchain. 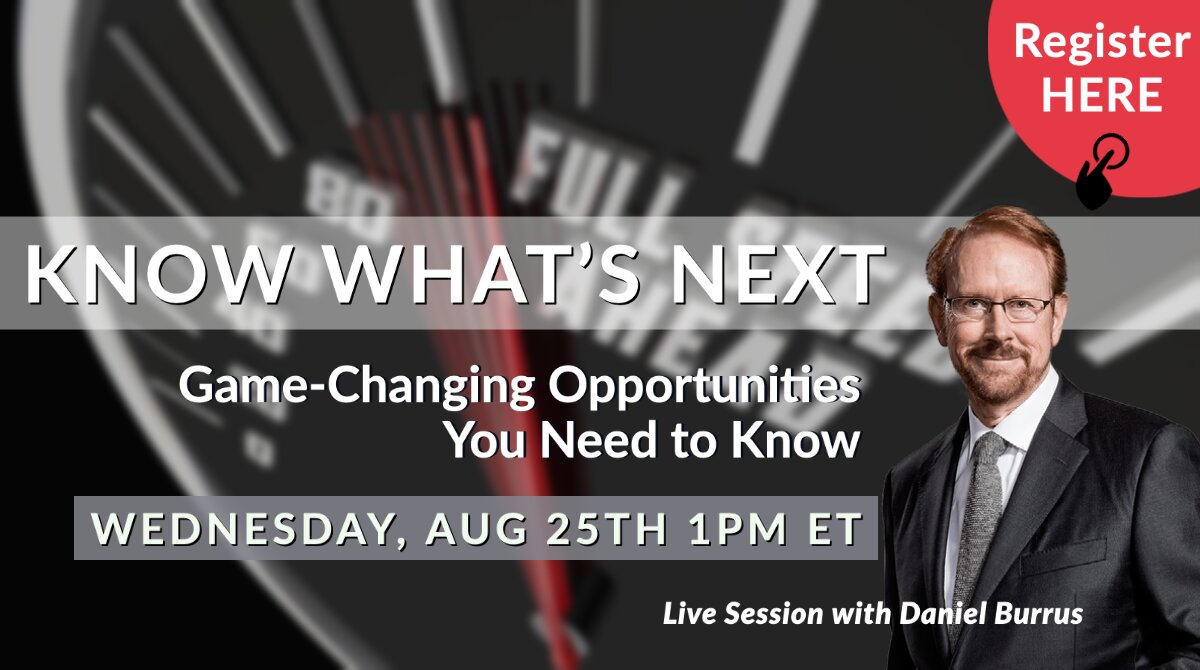 Outside of currency, which is essentially a big ledger system made non-hackable by blockchain technology, a medium known as “smart contracts” is a dominating factor that makes this disruptive digital development so powerful, especially in real estate.

Smart contracts are a concept that facilitates an incredibly transparent system of exchange, whether it be a legally binding agreement or outlining the rules that govern said agreement. Essentially, smart contracts are a secure chain of command, where each part of the process must be fulfilled.

But let’s not forget that blockchain technology and the concept of smart contracts has a goal of eliminating intermediaries in processes, as seen with cryptocurrency and the banking industry. There are dozens of job titles in real estate that function merely as middle people and nothing more.

In the case of closing on a home, the smart contract would act as the connection between the buyer, the seller, the lender, the home inspector, and so forth. Returning to the concept of money for a moment, once the down payment or security deposit is sent, everyone involved is notified in a transparent fashion.

So as a Realtor, it would behoove you to pay meticulous attention to this disruptive force, as it in many ways displaces the bulk of what you currently do. Shifting your mindset to an Anticipatory one, how can you pre-solve this glaringly obvious problem that the Hard Trend of blockchain technology will eventually bring to your front door?

Real estate is just one large-item transaction industry that blockchain technology can and will disrupt. One that has already experienced a taste of blockchain disruption and has even more heading its way is the automotive sales industry.

DocuSign is a transaction management company that utilizes the concept of smart contracts on the blockchain, which, when it emerged in the car leasing world, coined the now-popular phrase “click, sign, and drive.” As soon as a customer creates an entry on the blockchain of the automobile they want to lease, insurance policies and lease agreements are signed by said customer and instantly updated on the blockchain.

This example illustrates an even more simplified example of what a smart contract essentially does. Whereas leasing a car often had tons of paperwork that needed to be notarized, copied, and filed, the blockchain is essentially a real-time, completely transparent filing system for everything and anything you can imagine, with an app like DocuSign facilitating the physical ability for the customer to generate this information.

DocuSign already breaking into the automotive sales industry should have been enough of a red flag for those with an Anticipatory mindset, as now blockchain is quickly facilitating a transparent history of every car for those looking to purchase a used vehicle in the future. What about this Hard Trend can you use to transform your career in used car sales?

Still not convinced that blockchain technology has Hard Trend staying power? Let’s finish by bringing this back full circle to Bitcoin.

Following the coronavirus pandemic of 2020, it has been reported that about 60% of Bitcoin’s “stock” (keep in mind there is a limited number of Bitcoins built into its programming) had not moved throughout the year, even prior to the pandemic lockdowns in March of 2020.

What this represents is a long-term investment in the concept of digital currency and, more important, the fact that if blockchain were a passing fad, it would likely already be forgotten by now, like a once-viral TikTok video. It is quite clearly a Hard Trend based on those statistics and, in our automotive sales example, already incorporated in many simple ways, such as the company DocuSign.

With the existence of blockchain technology prominent in a multitude of industries, the key to avoid being completely disrupted by this Hard Trend is to implement the principles of my Anticipatory Leader System as a way to pre-solve the problems heading towards your industry. Then, leverage these future certainties to your advantage, becoming a positive disruptor that helps transform the world in productive ways.

View all
Following the Lead of Bill Gates and Jack Dorsey, Australian Multi Millionaire Toby Carrodus Taught Himself to Code
Everything You Need to Know About Influencer Marketing
4 Indicators That You Need a Lawyer's Help After an Injury
Jonathan Bunge – Co-Chair of the National Trial Practice and Managing Partner-Chicago at Quinn, Emanuel, Urquhart & Sullivan, LLP
The Importance of Product Managers in Business - Six Things to Know
GDPR, UK GDPR and DPA 2018 — UK Data Privacy Laws Explained
Getting Serious about Carbon Dioxide Removal
Are All Cleantech Venture Capitalists Marxists?
The Issue of Energy Consumption in Smart Cities
Benefits of Digital Transformation for Water Utilities
How Organizations Can Reach Their Environmental Objectives
Artificial Intelligence Is Transforming The Aviation Industry
Financial Services Trends To Watch Out For in 2023
Does Your Banking Business Need Super Apps?
The Top 6 Ways to Streamline Finance Operations in Your Business
The Science Behind Forecasting And Making Decisions with Annie Duke
Everything You Need To Know About Life Insurance
How Artificial Intelligence Can Enhance the Fintech Industry
Global Commodity Markets
The Bounce in Disposable Personal Income
Is Globalization Fading?
The Economics of Non-Compete Contracts
American Doubts about Health Care
Global Earnings Recession Risk
US Unionization Rate Hits All-time Low
Lifting the Debt Ceiling Is Not a Social Policy
Understanding The Complexity of the War on Drugs and Policing
Investment Charges When Mexico Privatized Social Security
How the UK Can Navigate the Cost of Living Crisis, Strikes and Inflation
How the United States Can Improve Its Healthcare System
Crop Production is an Art as Much as it is a Science
Real vs. Fake AI - How to Spot the Difference
What NFTs and Blockchain Can Do for the Pharmaceutical Industry
Artificial Intelligence Can Prevent Epidemics and Outbreaks
7 Benefits of Walking Everyday and How To Motivate Yourself
Everything You Need To Know About Artificial Narrow Intelligence
The Advantages Of Custom Packaging
Win Back Your Time in February, One Tip Per Day
What You Probably Don't know About Moving in the UK
Charlamagne Tha God Talks Black Men, Therapy, and Telling Your Own Hero Story, On The Daily Show
Explaining College Attendance Gaps: Academic Preparation
Inspirational Movies Everyone Should Watch
Trends and Challenges in Quantum Computing
The Metaverse Effect in the Physical World
New Healthcare Tech and the Future of IoMT
When Will Artificial Intelligence Reach Singularity?
Impact of Web 3.0 on the Economy and Society
Setting Up And Configuring An LMS

Following the Lead of Bill Gates and Jack Dorsey, Australian Multi Millionaire Toby Carrodus Taught Himself to Code
Trends and Challenges in Quantum Computing
Everything You Need to Know About Influencer Marketing
Financial Services Trends To Watch Out For in 2023
The Metaverse Effect in the Physical World