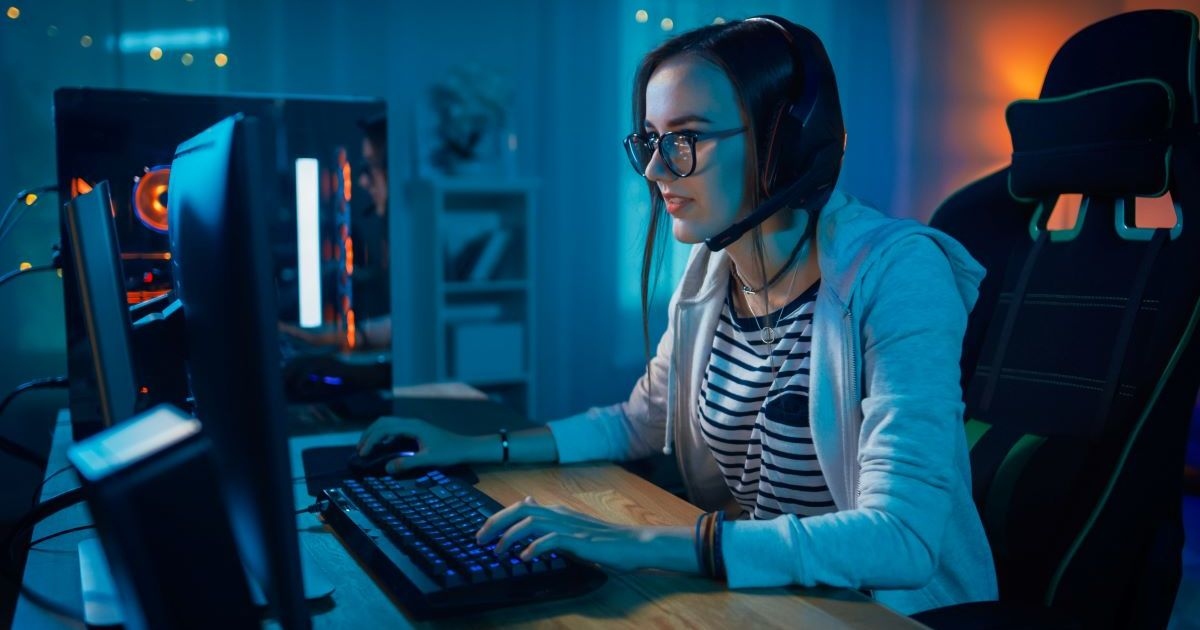 Clubhouse has been through four funding rounds. It has raised a total of $110M in funding over 4 rounds. Their latest funding was raised on January 24, 2021 from a Series B round. It only has a dozen employees, but it's garnered millions of citizen-creators and citizen-marketers.

Clubhouse is one example of a tiny team exploiting a new business model and using emerging digital tools. It is also exploiting remote work -- depending on remote content creators who live in multiple cities.

The latest digital evolutions even empower 18-year-olds. Some earn up to $3 million per year. Alex (below) and his teenage partner (whom he's never met face-to-face) earned more than $1 million per year after launching Jailbreak on the Roblox platform.

Jailbreak is a cops and robbers game which is among the most popular games on the site, accumulating tens of thousands of concurrent players daily, and which has been played a total of 4 billion times as of August 2020.

In this video from January 2019, Alex describes how he developed Jailbreak and how it makes money through digital currency. He also describes the power of small, remote, distributed work-teams. "I would caution calling network orchestration a new business model," Solomon Ray instructed me, "because it is the driving force of the largest companies in the world now." Lyft, AirBnB, and GitHub are Network Orchestrators. GitHub, where contributors invite collaborators, is pictured here.

"... companies [that] create a network of peers in which the participants interact and (participants) share in the value creation. They may sell products or services, build relationships, share advice, give reviews, collaborate, co-create and more. Examples include eBay, Red Hat, Visa, Uber, Tripadvisor, and Alibaba."

To visually understand Network Orchestration, Barry Libert, Megan Beck, and Jerry Wind, a renowned professor at the University of Pennsylvania, includes this graphic in their research paper called the Network Imperative:

In the case of Clubhouse, third parties create digitized content. Then, content creators and the audience invite friends and coworkers to un-recorded live "podcasts" on the platform.

For Roblox, kids hear about it mostly from friends. Then they spend hours upon hours on the platform navigating through 1,000s of games (apps), dressing their avatars, using Robux to buy advanced features along the way. Kids ask each other, What's your favorite Roblox game? How much Robux do you have? Do you own a Doge (in your Inventory)?"

Over half of kids under 16 in America play Roblox.

On the Content Creation front, anyone can become host a radio show (Clubhouse), produce a game (Roblox), create a video (YouTube), be a journalist (Linkedin, Medium, Facebook). Everyone is invited to access a global audience. Everyday users are also invited to be micro-citizen-marketers and micro-citizen-influencers.

On the Citizen Developer front ...

Even my 11-year-old son (who calls himself MiniNorse on Roblox) built a game (Run For Admin!) that attracted 15,000 players on Roblox (as you see below).

MiniNorse, who is standing on the right side of the picture below, taught himself to build this Roblox game by talking with his friends on Discord and watching YouTube videos. Yes, Discord and YouTube are also Network Orchestrators.

Enterprises can harness certain aspects of Citizen Development, too

The barrier to entry here is not individual employees, it's company culture. Is it open-minded? Is it willing to change, adapt?

As proven by Iterate's low-code Interplay platform, developers code software 10X faster and 10X cheaper than just a year or two ago. What used to take 8 months takes 3 weeks. To replicate the dynamic companies like Clubhouse and Roblox, and to be competitive, enterprises need to embrace low-code ...

Low-code is a completely different animal. Using Iterate.ai's Interplay as an example, the platform is a drag-n-drop, Lego-like coding environment. Each drag-n-drop container (a.k.a. module) is a pre-written piece of software. Interplay has 476 pre-written modules that access external APIs. Some connect directly to enterprise systems. Some include conversational commerce connectors. Some are voice enablers. As a super bonus, Interplay even includes highly advanced AI modules. Interplay enables AI in a Box. The AI can be modified and customized. But, no matter what, it's easy to get up and running.

Here is a drag-n-drop, low-code platform (Iterate's Interplay) in action:

Each module can be used as-is. Or it can be modified and customized, as you see below.

This low-code platform does double duty. It's a rapid digital prototyping platform. It's also middleware operating in production in giant enterprise environments. It's modernizing legacy systems as a bolt-on.

Code-reuse will happen more than ever on modern software platforms. Kids, like my son, who develop games inside Roblox reuse a lot of code. And users of Interplay reuse code.

Code-reuse inside low-code platforms increases speed and decreases costs. Think of every module as a code library. The modules speed up everything from AI-based solutions to enterprise data integrations with Oracle, Salesforce.

Code-reuse is one of many reasons leaders from firms like Microsoft (Charles Lamanna) expect a Low-Code explosion.

The shift to Low-Code will impact us like the shift we're making to the Cloud.

Low Code will dramatically reshape the competitive landscape. Productivity will increase. AI will be easy to access. Creatives will become developers.

Low-code lives on the private or public clouds. It can also live in an edge computing environment -- embedded in IoT devices.

"the open-source services industry is set to exceed $17B in 2019, and is expected to reach nearly $33B by 2022, according to CB Insights’ Market Sizing tool."

Open Source removes barriers to entry. Small teams or single developers -- people with little money -- can build quickly because code libraries are freely available. The growth of this movement is why Microsoft acquired GitHub for $7.5 billion.

Clubhouse is invite-only -- but really, it's an open system. Roblox is also an open system. Both transfer power to the little people -- even creative little 11-year-old developer.

Roblox and Clubhouse give us a glimpse of what's to come. Leaders of large organizations need to prepare for this shift, too.

IDC believes low-code will pick up steam in the Enterprise -- power will transfer to the citizen, the non-developers, the lightly technical. By 2023, IDC predicts that walled gardens will be replaced with self-service models. IT-as-an-enabler and open models will become mission-critical:

Preparing for Your Future

IDC predicts that Digital-First Companies will drive 50% of the global GDP by 2023. IDC expects the digital economy will move from conceptual and aspirational to operational by 2023. Now is the time to transition your culture and adopt emerging tools. Do what IDC recommends, as summarized here:

Think of ways your company can behave a bit more like Clubhouse and Roblox. How it can it leverage Low-Code, use Open-Source, and be a Network Orchestrator -- where customers can be creators and where users are encouraged to be your citizen-marketers.

Your future, and mine, will depend on it.

Jon has been the Co-Founder & CEO at Iterate.ai since 2013.He served as Chief Executive Officer, Chairman and President at eBags, Inc. since  Prior to ebags Inc., he spent eleven years at Samsonite and worked on several projects. During most of his time at Samsonite, Jon directed the research, design, development, marketing and lifecycles of products introduced into over 20 different distribution channels - from warehouse clubs to department stores to mass merchants and even military accounts. In 1999, with a law firm and the Denver Mayor's Office, he Co-founded Startup Basecamp. As a believer in the startup ecosystem, Jon serves as an Advisor/Investor at young companies, such as, Nuzzel.com, Runa.com, Turnto.com, Clearhead.me, RedTricycle.com, EgoBoom.com, PressPay.com, Houserie.com and RentalRoost.com, BazaarVoice, BlogMutt.com, uGift.com.ua, advicewallet.com, YourSize.co and uMix.tv. He continues to help organize this day-long educational summit which draws about 500 attendees each year. He was selected as Ernst & Young Entrepreneur of the Year for the Rocky Mountain Region in 2003. He received the Colorado Technology Association's Lifetime Achievement Award, after receiving the award he established the Colorado chapter of Founder Institute. Jon holds a Bachelor’s degree in Business from the University of Colorado Boulder - Leeds School of Business.