How Virtual & Augmented Reality are Revolutionizing the Mining Industry

How Virtual & Augmented Reality are Revolutionizing the Mining Industry 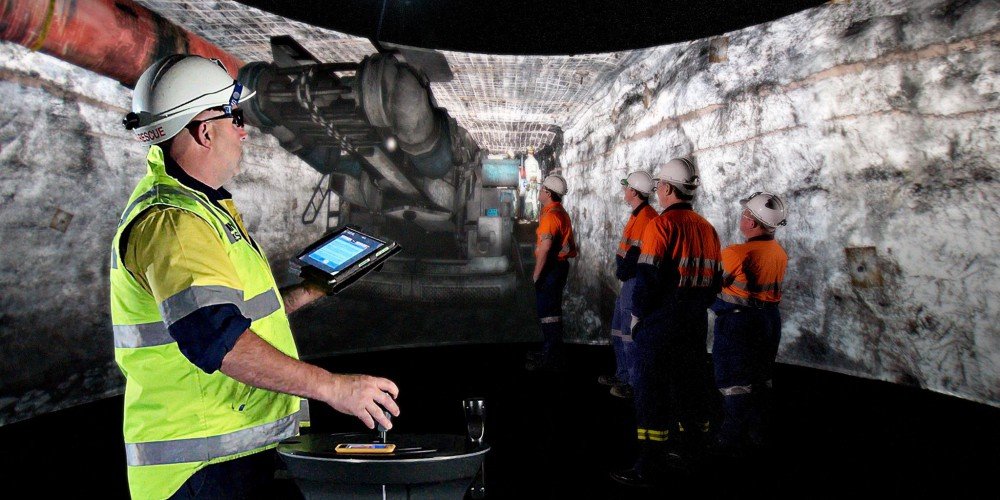 Virtual reality (VR) and augmented reality (AR) are technologies that are quickly becoming great tools for many types of industries.

From tourism to manufacturing and everything in between, both Augmented and Virtual reality are truly changing the way that things work. One industry where VR and AR is relevant and is offering a significant change to the way things are done is the mining industry. More and more mining companies are turning to these technologies as a way to improve safety, efficiency, and to drive innovation.

Over the past several years the mining industry has invested about 0.5 percent of their revenues into R&D. The investment into new innovations such as augmented reality and virtual reality technologies will help to insulate the mining industry from volatility and will also help to ensure future profitability.

There are several ways that both virtual and augmented reality can be useful in the mining industry. Some of the ways that VR and AR can be utilized include for equipment training, safety training, field solutions, and to provide site tours of the mines.

Let’s take a closer look at what VR and AR are as well as the different ways that both of these types of technologies are already being used and may be used in the future for the mining industry.

What is the Difference Between Virtual and Augmented Reality?

When it comes to understanding how virtual reality and augmented reality can help revolutionize the mining industry, the first step is to understand exactly how each of these technologies work. Many people do not understand the difference between these two technologies.

Virtual reality is a computer generated stimulation. It is artificial and recreates a real life situation or environment. Users are immersed in the virtual world. They feel like they are enveloped in reality firsthand. This is primarily through hearing and vision.

Typically, virtual reality will be delivered through a headset that is equipped with the technology. Most often, virtual reality is used to enhance reality for entertainment or gaming. It is also used to enhance training in a real life environment by simulating a reality for people to practice beforehand. One prime example of this is a flight simulator used by pilots. In the mining industry it can be used to create practice scenarios of where dynamite can be placed in order to create the appropriate cracks and to avoid avalanches and other dangerous situations.

Augmented reality uses layers of computer generated enhancements on top of existing reality. This makes it more meaningful when interacting with it. Augmented reality is developed as apps and then used on a mobile device to blend a digital component with the real world. This is completed in a way that enhances both realities, but it can also be easily told apart.

AR is becoming more and more mainstream as it is used in 3D photos, emails, and texts for mobile devices, and for overlays for televised sports. The tech industry uses motion activated commands and holograms as well as other revolutionary things.

Differences between AR and VR

The main difference between AR and VR is that VR recreates a real life setting digitally, while AR uses virtual elements as overlays for the real world.

Why Use Virtual Reality in Mines? 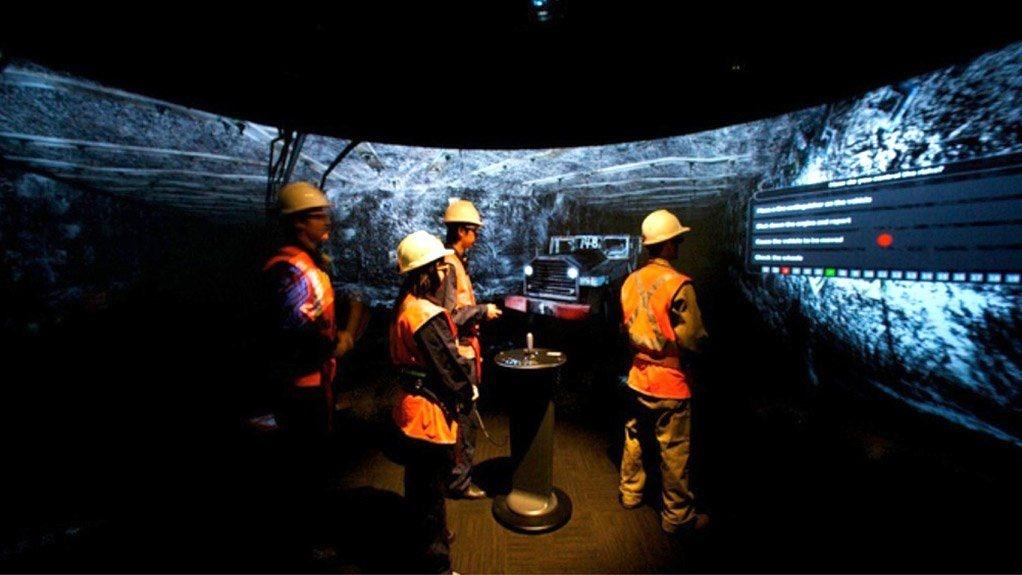 Virtual reality and augmented reality can greatly change the landscape of how training is conducted, especially in jobs that are dangerous, such as mining. Using controlled explosives in mines is extremely important. However, this can be quite dangerous and even deadly if they are not handled correctly.

If the explosives are not placed in the correct locations and accurate measurements are not made, the rocks may fracture in ways that are not expected. This can create a hazardous situation, not only underground, but above the surface as well.

Virtual reality provides a way to practice the art of placing explosives without any of the danger by using a simulated VR mine.

How is Virtual Reality Being Used in the Mining Industry So Far? 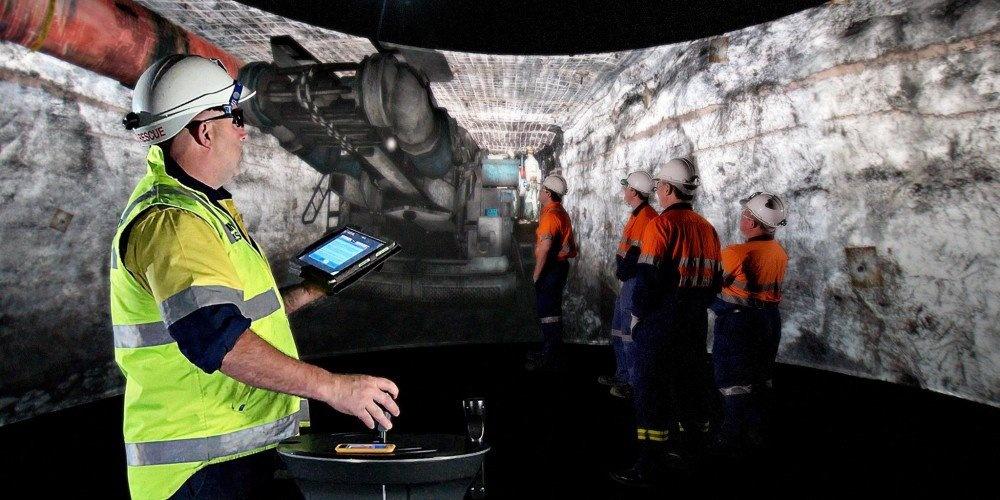 This training device allows trainees to practice their skills. While sitting in a dark training room, users will see a rock projected onto a large interactive canvas. An electronic spray can will be used to mark the measured blast holes. Once the blast holes have been marked, the trainee will then be able to practice detonating the explosives in the correct sequence. As they are doing this they can watch to see how the rocks react and fracture. Any mistakes that are made are highlighted through the markings.

These virtual walls are a very close representation of what miners will be dealing with when working in the real world. This means that the virtual technology is providing extremely effective job training for miners. In the past blackboard exercises and videos were relied on for training and these methods are simply not as effective as the virtual wall.

When the virtual technology is used to train blasters, they come out of the training more prepared. When the blasters are well-trained, it translates into savings for mine operators as any blast that goes wrong can result in labour costs, clean up costs, and delayed production.

Technology and Mine Operation

Some innovations that have been implemented throughout the mining industry include the use of autonomous trucks and drills as well as the use of drones. Drones can be used for a number of applications including equipment inspection, evaluating terrain, and filming blasts. Typically, a drone will provide safe and quick access to different aspects of the mining operation that are in places that are high up or otherwise difficult to reach. 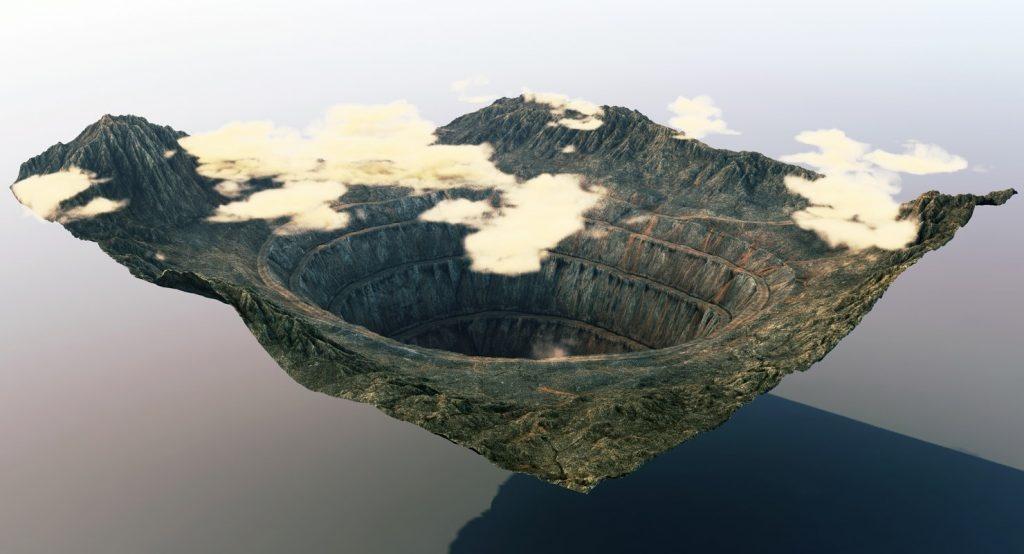 Autonomous trucks and drills have greatly improved productivity as well as on site safety. This type of equipment allows a single operator to be in charge of several drills at once. An autonomous system will also create drilling data that can be used for achieving a better blast and to estimate the ore seam size. The data that is gathered can improve decision making in real time, which is a big benefit of this technology.

Perhaps the most important thing that these types of autonomous drills can do is to remove people from the line of fire. This reduces a person’s exposure to risks and hazards that are associated with operating this type of large equipment. It also reduced injuries related to fatigue.

Cobalt is a metal that is mined and used for the batteries found in some cars and in most smartphones. More than half of the cobalt in the world comes from the Dominican Republic and many of the people who work in these cobalt mines are children. In fact, it is estimated that there are over 40,000 children working in the mining industry.

With these new technologies that are coming into place, the hope is that using virtual reality for training as well as autonomous trucks and drills, can help to get some of these children out of the mines.

Creating an Intelligent Mine: Mine Design & Planning

The goal of some companies is to create what is being referred to as an intelligent mine in the near future. There are several solutions currently available that can make this goal a reality in a short amount of time simply by implementing just a few small changes.

Mine Life VR is a product created by LlamaZoo that provides a full spectrum of data sets and design iterations for mine planning.  It allows resource management and allocation of resources so mining companies can optimize their offerings.  It also allows investors and community relations by giving users a chance to view a virtual tour of the mine site in real time 3D which before has never been provided.

Working in the mining industry has always been quite a dangerous job. Going down into the mines with the risk of cave-ins and other issues combined with the use of explosives on site, have made this job one that is extremely risky. In addition, children being used to do these types of jobs is deemed unethical by many.

For this reason, knowing that there is emerging technology that can help create a safer environment for the people who work in the mining industry is a good thing. Through the use of virtual and augmented reality, a safer work environment can be created by training miners thoroughly and providing an environment that is not only safer to work in, but also more productive.

Reasons Why HIPAA Compliance Training is Very Important
The State of Artificial Intelligence
China’s Growing Role in International Financial Flows
Building a Healthier Lifestyle and Workplace During Covid-19
Why Do People Resist Change?