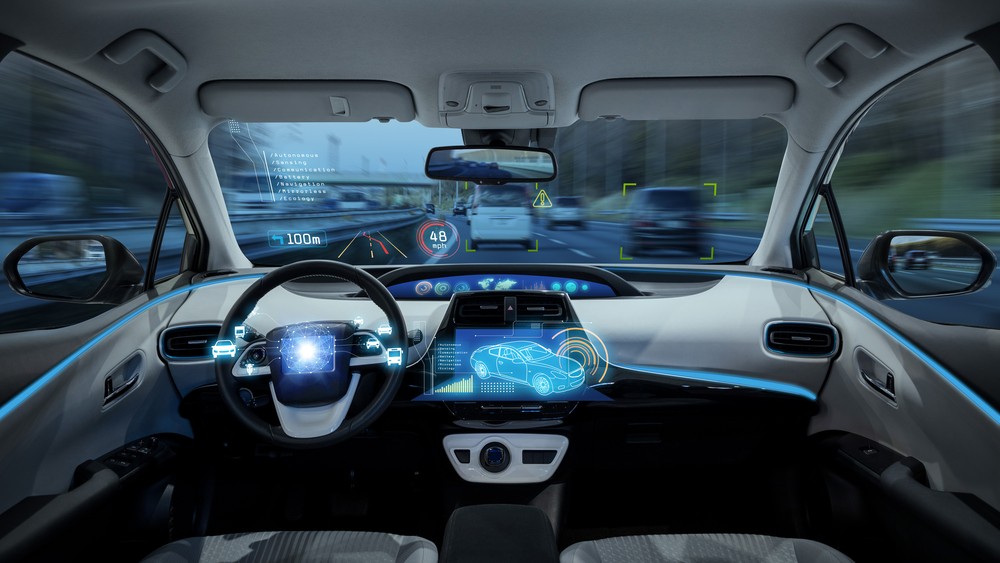 The concept of self-driving cars may have advanced significantly since its birth, but it is still considered to be in its infancy by many.

Understandably, there are several hurdles that need overcoming before self-driving cars become the norm, rather than the exception, in mainstream motoring. The unique abilities of VR can be employed to sidestep some of those hurdles.

The idea of self-driving cars, a utopian concept for so long, is now nearing realization in the real-world. The increasing practicality of the latest autonomous and semi-autonomous vehicles represents a huge step ahead for carmakers around the world. Moving forward, the advancements in automotive systems as well as technologies such as AI and IoT, will allow self-driving cars to become the norm in mainstream motoring sooner than later. Today several countries allow self-driving vehicles to run on their roads. In fact, as of 2020, 29 states in the US alone have passed regulatory legislations related to autonomous vehicles, thereby normalizing the concept to a greater extent.

Naturally, autonomous vehicles have their shortcomings that prevent them from being adopted universally for daily usage. Aspects such as passenger and pedestrian safety, compliance with traffic rules and fuel efficiency come to mind when we talk about potential issues in self-driving cars and trucks. Virtual Reality (VR), a simulation-creating visual tool, can help autonomous vehicles with overcoming such shortcomings. The use of VR to take autonomous motoring forward is not a farfetched idea, as the tool has applications in other, seemingly unrelated fields too. We must understand that the field of autonomous driving includes the vehicles, their occupants, pedestrians and other related aspects. Here, we will see how VR improves autonomous driving in an overall way by positively affecting every aspect related to a self-driving car.

As stated above, safety concerns regarding vehicle occupants and pedestrians need to be addressed by semi-autonomous vehicle developers. Specialized VR-powered visual display systems can allow drivers to remotely know their autonomous vehicle's surroundings more clearly. Such display systems will be configured to receive sound-based and touch-based feedback for better control and to boost the situational awareness of autonomous vehicle drivers. This application may require a driver to wear VR-vision headsets. It enhances a vehicle's braking, lane changing and headlamp intensity control while on the road. The improvement in situational awareness of semi-autonomous vehicle drivers is essential to prevent accidents.

Self-driving vehicles, including semi-autonomous ones, are a fairly new concept. Therefore, even the most experienced drivers will be unfamiliar with certain fundamental aspects of a semi-autonomous or autonomous vehicle. More importantly, driver training schools rarely include practical training for learners who are about to pilot autonomous vehicles. To improve the training of novice drivers, VR-based systems can be employed. Learning autonomous driving without actually stepping into a self-driving car is facilitated for drivers through VR headsets and other connected training systems.

Apart from driver training, VR systems can also help car buyers to understand the potentially complicated technology inside a self-driving car. Such systems allow drivers or vehicle owners to actively control an autonomous vehicle as, beyond a point, human intervention may be needed at times.

VR systems allow first-time consumers to gain the experience of operating a self-driving car remotely. The novelty factor of operating a driverless car can be overwhelming for an individual. The intelligent use of VR can help remove some of that unfamiliarity from their minds.

Despite all the knowledge carmakers currently have regarding self-driving cars, there are still many potentially revolutionary areas in which more knowledge can be gathered with the help of VR-based systems.

Currently, there is not much data available to gauge the behavioral and psychological aspects of autonomous vehicle drivers. Such data can be invaluable for carmakers to understand the behavior of automated car driving systems regarding how they may break traffic or over-speeding rules. A VR-based autonomous vehicle system allows law enforcement authorities to collect such kinds of data. Such a concept needs to be thoroughly thought through, and, as a result, may take years to be accepted and carried out across the board. However, many researchers are performing studies to detect potentially risky driver behaviors in autonomous driving.

Organizations and research bodies can use VR to train autonomous vehicles over millions of virtual miles. Such training will allow self-driving cars to increase their accuracy regarding traffic regulations and roads anywhere in the world without the researchers having to conduct long test drives for the same. Using VR, scientists will be able to train several vehicles simultaneously to be more efficient and less accident-prone in the real world. The prospect of a machine driving itself without human intervention carries a lot of risks. Therefore, extensive research and safety testing is carried out before and during self-driving vehicles’ development and production phases.

Governments around the world have created compliance laws that govern the testing of autonomous vehicles. Basically, autonomous vehicles would need to pass several software and hardware tests before it is allowed anywhere near a road for real-world usage. The testing is carried out to train the self-initiating technology in autonomous cars regarding real-world driving situations involving tight parking spots, lane changing and others. VR speeds up this process by creating training simulations. Tracking of the vehicle is carried out solely by onboard computers.

Having a VR simulation for the purpose of training self-driving cars is beneficial for carmakers in other ways too. For instance, organizations may spend millions of dollars to seek the services of experts to carry out the training. The costs of hiring experts coupled with the costs of renting an expensive testing road and tracking hardware or software would send the testing and research budgets of carmakers through the roof. Virtual research and testing, on the other hand, would be a sensible investment for organizations involved in building self-driving cars. Now that we have seen the safety-related applications of VR in the autonomous vehicle industry, here are some of its convenience and comfort-based benefits for self-driving cars.

At least for now, autonomous cars generally occupy the upper echelons of the luxury car market. As a result, such highly expensive vehicles employ an extravagant cocktail of cutting-edge technology such as computer vision systems, highly optimized AI-powered systems, advanced path planning systems, traffic monitoring tools, amongst others. Such tools and systems create a "portable environment" for occupants traveling in such vehicles. With the help of such technologies, riders can use VR headsets to conduct a meeting with his or her colleagues while their vehicle drives itself to the destination. As we know, many individuals may suffer from travel sickness. Such individuals feel nauseous while traveling in a vehicle, especially when there are undulations on the road and the windows of the car are rolled up, creating a sensation of claustrophobia for them. The presence of VR can alleviate such problems to some extent.

A VR-based system, such as Holoride, developed by Audi, can create a different virtual experience for such passengers every time they step into an autonomous vehicle. Holoride includes a VR headset for passengers traveling in a self-driving vehicle. The visual scenes displayed in the headset reduce the nausea-inducing movement disorientation that causes discomfort to travel-sick passengers.

Enabling travel-sick passengers to overcome their health problems while traveling is one of the best features of high-end autonomous vehicles.

Both VR and autonomous vehicles are technologies from the utopian future, making our present better and more advanced in multiple ways. Their combination is a recipe for greatness and, at least for self-driving vehicles, a useful option with which many of their shortcomings can be dealt with in an extremely effective manner.