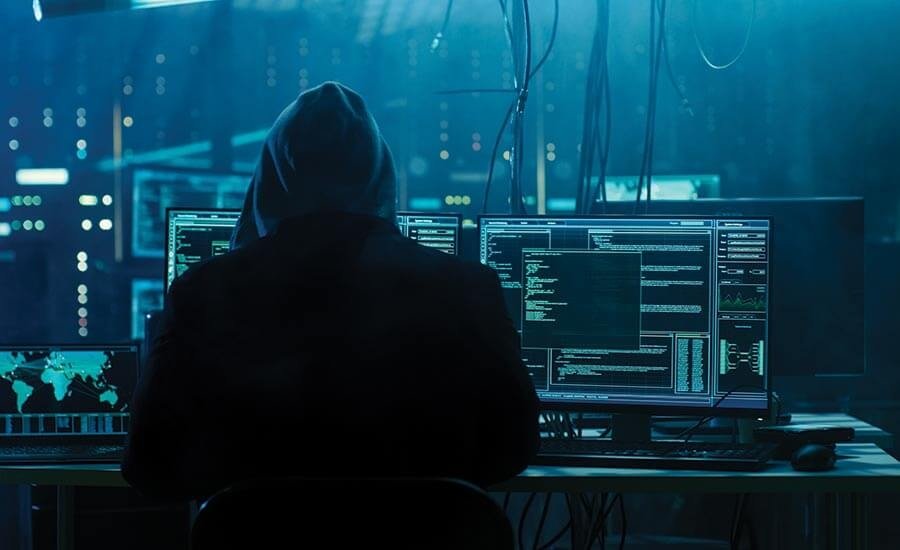 But, understanding the anatomy of a cyber attack can help in finding methods to potentially reduce the impact of cyber threats.

A data breach at Cathay Pacific Airlines Ltd compromised the data of 9.4 million customers. The compromised data included personal information, credit and debit card details, passport details, frequent-flier programs, and historical travel information. The attack is considered as the biggest airline data breach. And, the customers feel betrayed as the officials disclosed the attack seven months after finding out the unauthorized access.

Similarly, many organizations are attacked for sensitive data or ransom. And, hackers are consistently working on new malware and cyber attack techniques to find loopholes in current cybersecurity standards. Hence, every organization is prone to cyber threats. To prevent these attacks, organizations must first understand the anatomy of a cyber attack, and the motives behind it. 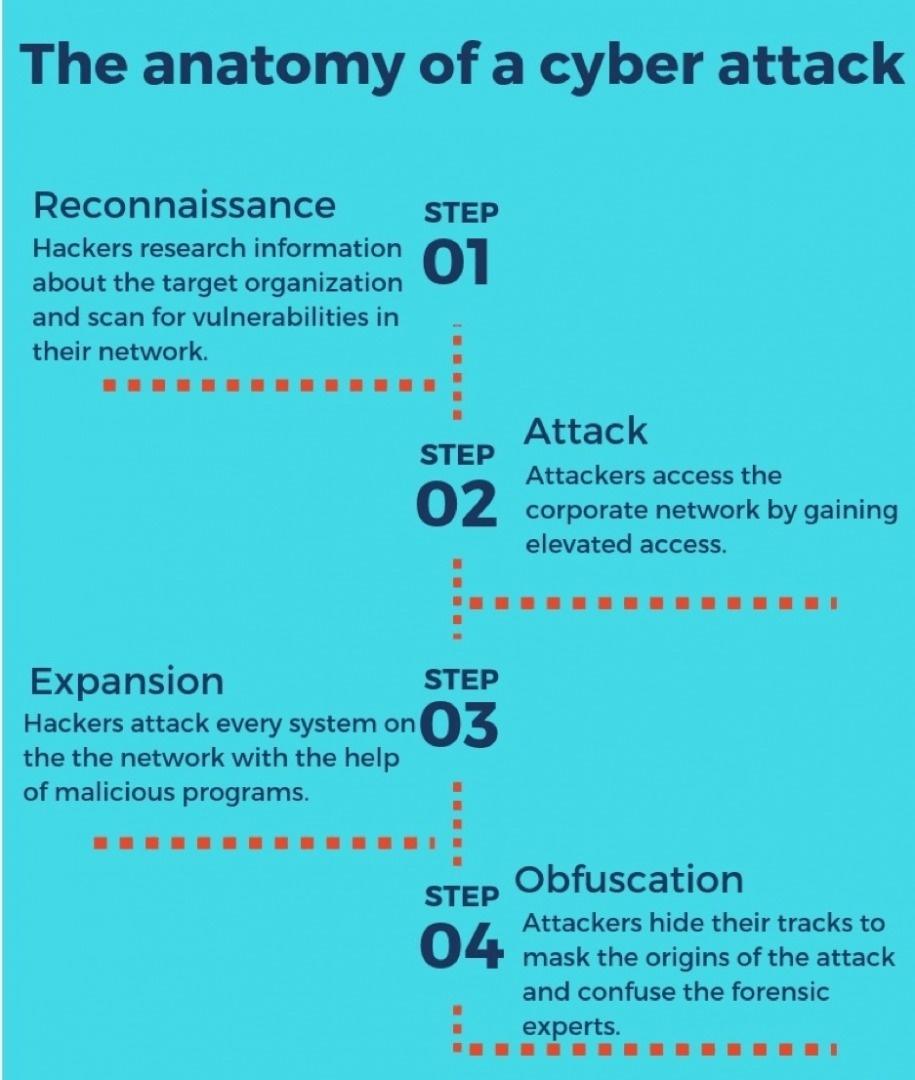 The first part of the anatomy of a cyber attack is reconnaissance. Hackers usually start by researching and gathering information about the target organization. They look for network ranges, IP addresses, and domain names. And, hackers also search for email addresses of key players in the organization such as CFOs, IT professionals, and CTOs. If the hackers fail to find the email addresses of key players, then they identify vulnerable employees by sending phishing emails. Next, the attackers scan for vulnerabilities in the network, which is a long process, that sometimes, take months. After they get an entry to the organization via network vulnerabilities or employee email address, attackers proceed to the next phase.

After getting access to the network, a hacker proceeds to infiltrate the organization’s network. But, to access the network freely, the attacker needs access privileges. Hence, attackers use rainbow tables and similar tools, which help them in stealing credentials to upgrade their access to administrator privileges. Now, hackers can access the entire network, and go through the network silently. Then, attackers are free to obtain sensitive information for selling on the internet or encrypt the data to demand ransom. Sometimes, hackers may also alter or erase sensitive data for reasons beyond financial gain.

The next phase of the anatomy of a cyber attack is expansion. Hackers intrude all systems on the network using malicious programs. Malicious programs enable attackers to hide in multiple systems in the organizations and regain access to the network even after being detected. Additionally, hackers no longer require higher access to infiltrate the network.

Hackers proceed to hide their tracks to mask the origins of the attack. Additionally, the attackers safely place their exploit in a system to avoid getting detected. The main purpose of obfuscation is confusing and disorienting the forensic experts. For successful obfuscation, hackers use various tools and techniques such as spoofing, log cleaning, zombied accounts, and Trojan commands. Cybersecurity experts generally consider obfuscation as the final stage of the anatomy of a cyber attack.

Understanding the Motive Behind Cyber Attacks

To effectively protect your organization from cyber attacks, it is essential to understand the motive behind cyber attacks. The motives of a hacker can help find flaws in the anatomy of a cyber attack. For example, the WannaCry ransomware was recently used to attack several hospitals and GP clinics all over the United Kingdom, which cost the NHS almost £92m. The attackers exploited a leaked NSA tool to attack vulnerable Windows systems and encrypt sensitive information. Furthermore, the attack canceled over 19,000 appointments. Similarly, ransomware is used by attackers to encrypt vital information and extort ransom in exchange for decrypting data. Another reason could be cyber terrorism to create fear among the masses. Alternatively, major cyber attacks can also serve as a distraction for something darker behind the curtains.

Organizations have to realize that even after following all the security protocols, hackers can still attack their networks and systems. With the help of cybersecurity experts, organizations can analyze the anatomy of a cyber attack to find flaws in the attacks, and exploit the weaknesses to reduce the damage. Various organizations only plan for protection from cyber threats, completely avoiding recovery mechanisms, which can lead to dire consequences in case of an attack. For example, Google is shutting down Google+ due to a data breach that compromised 500,000 user accounts in 2015. But, Google announced that they became aware of the breach during March and June 2018. Learning from the example of Google, organizations should know the importance of minimizing the damage. To reduce the damage from cyber attacks, organizations should consider the following steps:

Likewise, blockchain technology has the potential to improve cybersecurity. Blockchain can effectively detect a data breach, and disrupt the process that forms the anatomy of a cyber attack. With blockchain, organizations can distribute their data over the network, which will simplify the process of data recovery. And, the changes in data would be transparent. Hence, if the data is altered or deleted, tracking the changes will be an easy process. Furthermore, multiple cybersecurity firms are working on developing blockchain-powered security solutions for mainstream applications. For example, Acronis, a cybersecurity organization, is applying blockchain technology to generate a cryptographic hash, that is unique for every data file. The hash can be used to verify the authenticity of every file. And, it is almost impossible for a hacker to compute the cryptographic hash. Thus, AI and blockchain are revolutionizing the cybersecurity landscape.

Although the technology and methods to fight cyber attacks are getting better, hackers are also developing their techniques to execute stronger attacks. And, with new malware and ransomware being developed, these attacks can lead to bigger data breaches than any we’ve seen before. Hence, organizations need to become aware of the anatomy of a cyber attack to be able to tackle cybersecurity issues better.