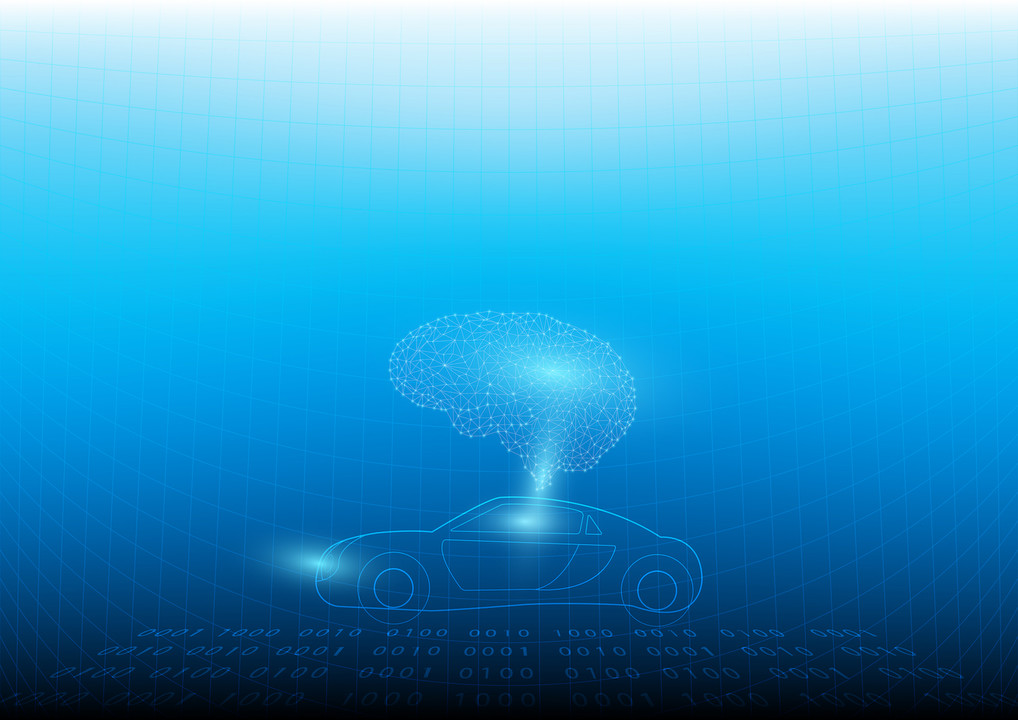 If you have tapped into IoT’s connectivity alone, you haven’t explored even half of the technology’s potential.

What is the Internet of things? The IoT is a giant network of connected things and people – all of which collect and share data about the way they are used and about the environment around them. That includes an extraordinary number of objects of all shapes and sizes – from smart microwaves, which automatically cook your food for the right length of time, to self-driving cars, whose complex sensors detect objects in their path, to wearable fitness devices that measure your heart rate and the number of steps you’ve taken that day, then use that information to suggest exercise plans tailored to you. There are even connected footballs that can track how far and fast they are thrown and record those statistics via an app for future training purposes. With the news of leading corporations investing in IoT, it is becoming increasingly evident that the Internet of Things will become an inevitable part of the future enterprises. Taking their cue from such information, many businesses are exuberantly investing in IoT implementation or are planning to do so in the near future. A major reason for this is IoT’s ability to provide seamless interconnectivity throughout a business process and convenience in executing operations, as is advertised by most IoT providers. Although increasing automation and communication will be valuable improvements to any organization, real transformation is only possible through the effective use of data. To derive maximum value from their IoT investment, businesses should learn to leverage the data generated by IoT, and not just the technology employed.

Technology-centric IoT implementation implies the use of IoT to perform business functions in a smarter, more efficient manner. This is how a majority of the current implementations are being carried out, with focus on making the process more self-regulating and streamlined. An example of technology-centric IoT use is performing predictive analysis on a manufacturing system to execute well-timed maintenance activities. This minimizes the need for frequent human intervention and maximizes utilization and efficiency. A data-centric IoT approach would not only involve predictive analysis, but also further use of the data collected to derive additional insights on a process. These insights may lead to discoveries that can help make major changes to the process and enable much higher overall performance, not only related to maintenance.

A technology-centric approach focuses on finding problems to solve using the technology, whereas data-centric IoT implementation focuses on finding solutions to the biggest problems using data. The former approach usually leads to superficial changes that do provide benefits, but not as substantial as the change driven by data, which is transformational on a fundamental level. For instance, using IoT to track supply and demand for improving supply chain responsiveness can be profitable. But, using massive amount of data and using it to track trends, identify patterns, and make long-term predictions to enhance decision-making will be much more valuable and impactful.

Considering its versatility, it is easy to find areas where IoT can be applied, in a technology-centric way, to limited benefit. However, a data-centric approach is not always obvious, mainly due to the massive amount of data, and requires analysis and translation of data into decision-making parameters. 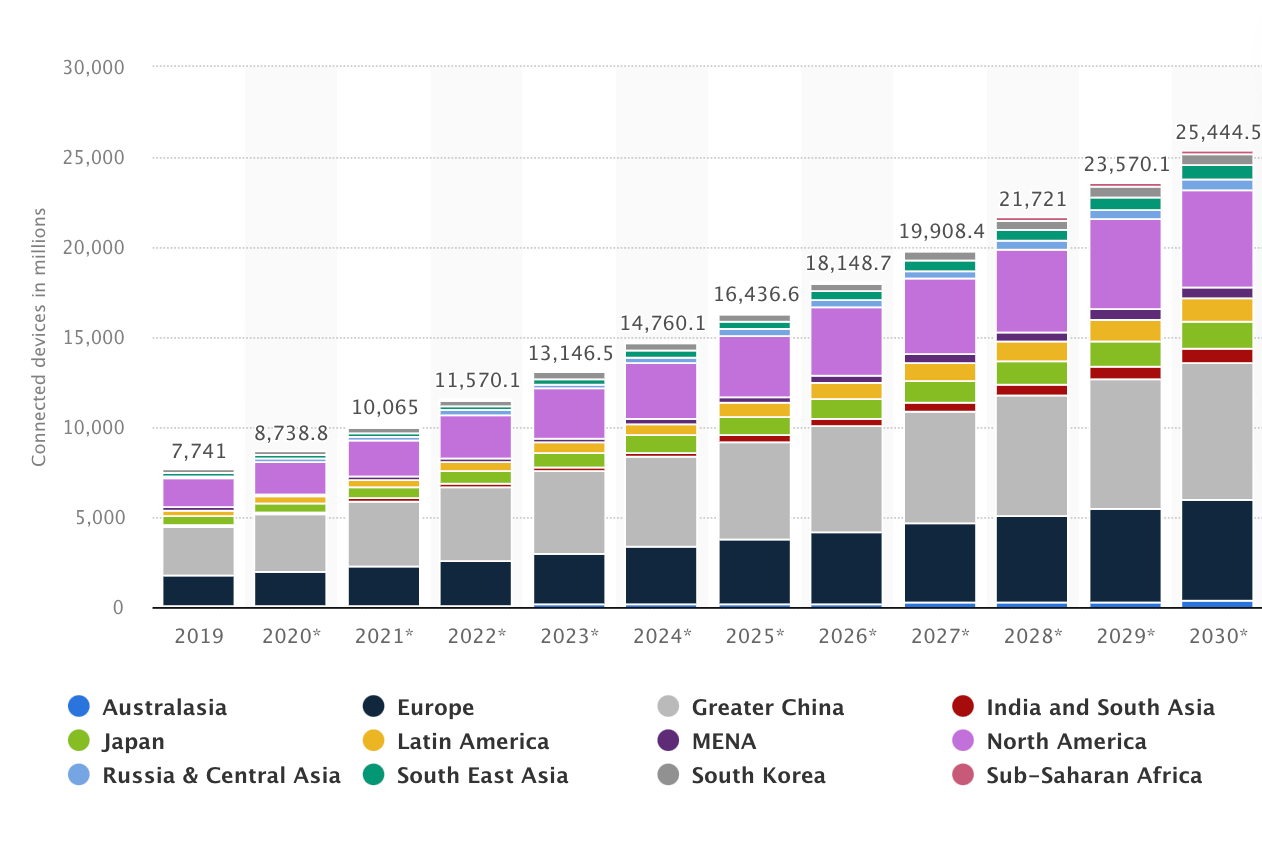 Number of Internet of Things (IoT) connected devices from 2019 to 2030 (in millions), by region | Source: Statista

According to a McKinsey insight, “99% of data collected from about 30,000 sensors on an oil rig was lost before reaching operational decision-makers.” Data-centric IoT implementation begins by identifying the value of data as a tool for boosting business performance, and not just a by-product IoT implementation. The data that would be collected by the proposed IoT application and the value it would provide should be included in the business value of the IoT investment. Different types of data collected through the IoT system should be managed and analyzed to form insights, which would be available whenever needed to inform decisions. Having internal business consulting teams will help in asking the right questions during times of critical decision-making, which would allow the collection and utilization of the right kind of data. This would ensure the extraction of maximum value from the data collected.

Although the investment made in IoT implementation pays for the technology, the IoT initiative should be evaluated based on the value of the data that could be harvested, in addition to the technological convenience. The data not only serves as a diagnostic tool but can also be used to generate prescriptive insights. A balanced approach between technology-centric and data-centric IoT deployment, using effective data management and analytics, will put your organization on track to achieve maximum benefit from IoT application.