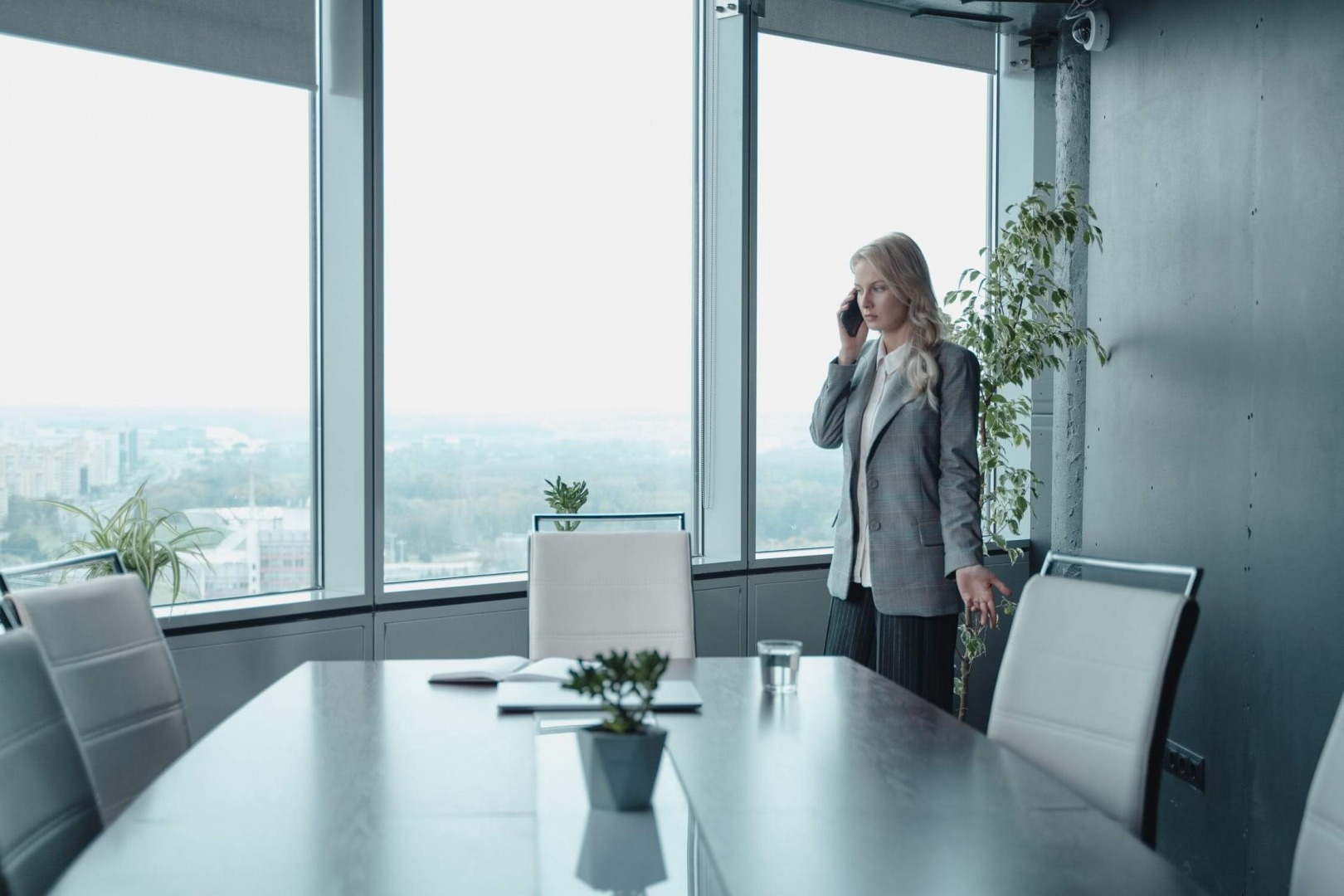 If you are worried about achieving success, you aren't alone.

The vast majority of people struggle to believe that the future will end with a good outcome; which is precisely why it won’t.

The best leaders and top performers understand this important truth:

Believing success will happen doesn't guarantee it will, but not believing ensures it won't.

A belief, by definition, is an attitude that something is the case, or that some proposition about the world is true. An alternative definition is; trust, faith, or confidence in someone or something.

The power of this definition is constantly on display in the world of sports. Take Trae Young, the leader and best player of the Atlanta Hawks, as an example. In a pivotal game against the Philadelphia 76ers in the NBA's 2021 Eastern Conference Playoffs, Young and his teammates found themselves down by 20 points heading into the 4th quarter. Instead of giving up and mailing it in to get ready for game six at home, they chose belief.

Over the next 12 minutes of game action, the Hawks erased the deficit and overcame the long odds to win, 109-106. After the game, during the on-court interview, when asked about the comeback, Young said, "We never stop believing until the final buzzer goes off."

Young's words unlock the fact that great leaders believe it before they see it, and just because they think it, doesn't mean it will be easy.

Seeing it Makes it Easy to Believe, But Rarely Does it Happen 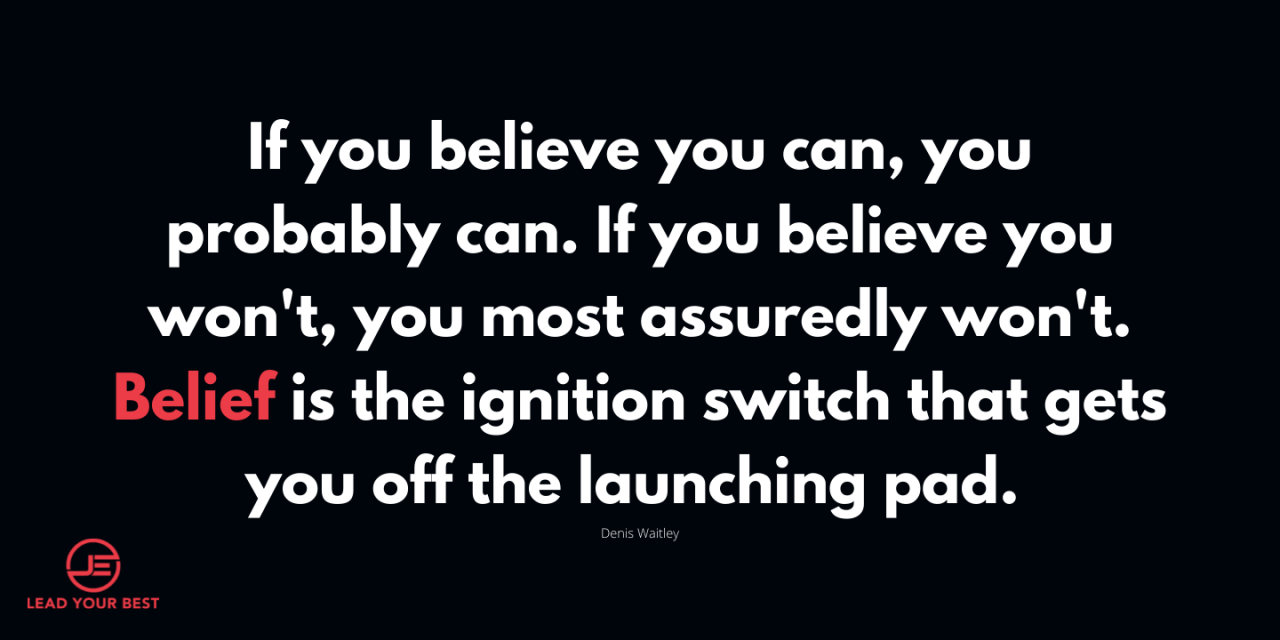 In a 1950's study, Harvard professor Dr. Curt Richter placed rats in a pool of water to test how long they could tread water. On average, they would give up after 15 minutes.

Just before giving up due to exhaustion, the researchers would pull them out of the water, dry them off, let them take a rest, and then put them back in the water for a second round.

In this second attempt, the rats didn't tread for 15 minutes; they lasted for 60 hours on average!

There is no denying that psychology is a complicated field of study, but just by experiencing and seeing they were going to be pulled out of the water when they got tired, the rats lasted 240 times longer.  Unfortunately, leaders rarely have the luxury of testing the waters of success.

Leaders recognize they don't have the luxury to experience success first, they believe it will happen well before it does.

Train Your Brain the Same Way You Build Skills

There is no denying that believing something that hasn't yet happened is difficult, which is why most people don't do it. Instead, they use a strategy of hope, but as Rick Page used to say, "hope isn't a strategy."

To believe excellent outcomes will happen well before they do takes training. You must build the belief in your brain the same way you build technical skills. It requires mental reps, affirmations, and building habits around looking for the good in things. It also requires you to look beyond your past experiences.

On a recent episode of the Tim Ferriss show, Chip Wilson, the founder of Lululemon, said, "I could see how constraining my beliefs were by creating my future from the past." Not only is Wilson right, but the best way to believe is not to look back but to look forward.

The best leaders are visionaries because they can easily manifest future possibilities. The late great Dr. Myles Munroe used to say, "vision is the capacity to see beyond what your eyes can see." Your eyes and your past are the enemy regarding building belief and becoming a visionary leader.

Your eyes and past are the enemies regarding becoming a visionary leader.

There aren't many secrets or shortcuts to increasing your belief except one: Set goals you care about achieving.

The Power of Goal Setting

Whether you lead a team or want to increase your personal belief, setting short and long-term goals is a phenomenal strategy. It will force you to think about the future and challenge you to define things you and your team want to accomplish.

Even if you or the team fails to meet the goals, there is a 100% chance you learned from the failure, and got closer to achieving it. There are all kinds of incredible goal-setting systems and formulas; however, instead of regurgitating SMART goals or something similar, I want you to consider writing down one goal for yourself or your team today. Use your favorite formula or the one I wrote about in Building the Best:

Regardless of your faith or religious background, there is a scripture in the Bible that says, "we walk by faith, not by sight." There is nothing easy about having belief in something we can’t see; but, just because it's not easy doesn't mean you can't do it.

Today, challenge yourself to define a new goal, keep it visible, and invite others to hold you accountable. You will be amazed at what you or your team will see in the future!

Do you agree? If so, how do you believe something in order to help make it happen?

Free Downloadable Coaching Cheatsheet There is nothing easy about coaching. So we put together a list of eight of the best coaching questions to help you. Download it for free here.