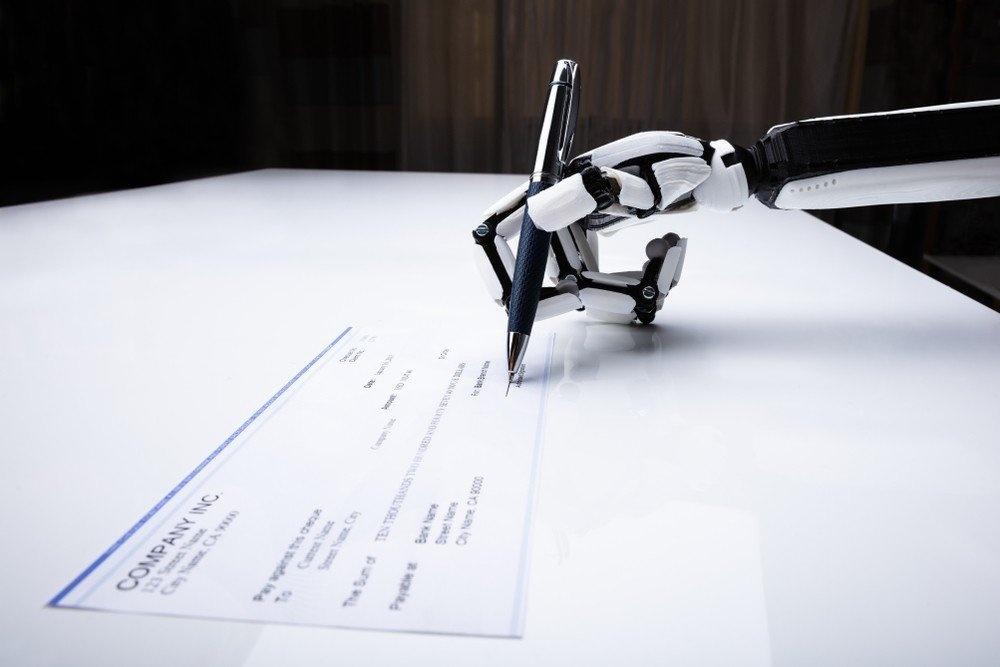 To check the widespread negative influence of corporate events like accounting scandals, the use of tools like AI for fraud detection and prevention can be a good first step.

Enron is a name that even those mildly interested in international business affairs will be somewhat acquainted with. It is among the few companies that have gained infamy throughout the world for corporate scandals that had far-reaching effects on economies, government policies and business school curriculums. Most notably, the Enron scandal led to the passing of the Sarbanes Oxley Act, which every company in the US adheres to today. It also led to the unemployment of thousands of its employees and multi-billion losses for its investors. From being a much-celebrated stock on Wall Street, Enron shut down after going bankrupt, soon after the scandal came to light.

Nearly two decades after the scandal, corporations—a lot larger than Enron was—now wield much greater influence on the global economy than ever before. And any fraud committed in such companies can lead to severe consequences not just to the businesses but to society as a whole. That is why it is important to use a combination of best practices and technology like AI for fraud detection and prevention.

Why Corporate Fraud is a Major Concern for Everyone

While it is the least common kind of corporate fraud, it is also the one that causes the most losses. Most accounting scandals by corporations are motivated by the need to gain and maintain investor confidence. That is exactly the first thing to go when a financial scandal becomes known. And there is little doubt about the other effects of corporate accounting fraud on the businesses they take place in. Reputational losses, lower credit ratings, court-mandated penalties and settlements—these are just a few of the immediate impacts of corporate fraud.

The longer a fraudulent activity perpetuates and goes undetected, the deeper is the eventual plunge the organization takes when the news of fraud breaks out. And in many cases, these companies are unable to fully recover from such setbacks. As markets become increasingly competitive, the ground lost by companies caught in major financial scandals is nearly impossible to recover. But we know all of that already. What we tend to overlook are the broader implications of corporate accounting fraud. Let’s say that news breaks out about accounting fraud at a major global corporation. The immediate consequence will be a huge drop in the share prices of the organization. While a significant portion of investment in these companies is by retail investors, a considerable portion is often held by pension funds and mutual funds, which act as sources of savings and security for the future for a lot of middle-to-low income earners. Closure of companies due to fraud can have a huge impact on such people. Similarly, there are a lot of other consequences of corporate fraud that can have greater economic ramifications and impact more lives than what is initially apparent. And just like the consequences of corporate fraud, the activities themselves are difficult to discern.

Why it is Hard to Detect Corporate Fraud

The most common type of fraud in corporate accounting is when the books are manipulated to show that a company is performing better than it actually is. This may include reporting more sales than actually generated, underreporting expenses and misreporting of expenses or revenues. Fraud can also be in the form of misreporting of balance sheet items with the objective of siphoning off funds. In any case, any instance of fraud that is worth mentioning is conducted by educated white-collared workers with adequate financial know-how. They know what they are doing and are hence adept at doing it surreptitiously. That is why the people implicated in most high-profile accounting fraud are generally the ones most knowledgeable about accounting.

Another common reason for financial fraud in corporate accounting is a lack of oversight. Considering the number of transactions happening every day, monitoring the legitimacy of every transaction and every ledger entry is not feasible for any human being or even a team of human beings. At most, concerned personnel can pick random samples of transactions from ledgers and verify the supporting evidence for the entries. Even in this process, such verification will need to be done for a significant number of samples to be analyzed to rule out error and confirm wilful tampering. For the largest corporations, this challenge is further amplified by sheer scale. It is no surprise then that most frauds—a whopping 43%—are detected only as a result of tip-offs, and only as much as 15% of detection is due to internal audits. And an even measlier 3% of detection occurs due to surveillance. This is where intelligent automation, such as that offered by AI, can play a huge role. 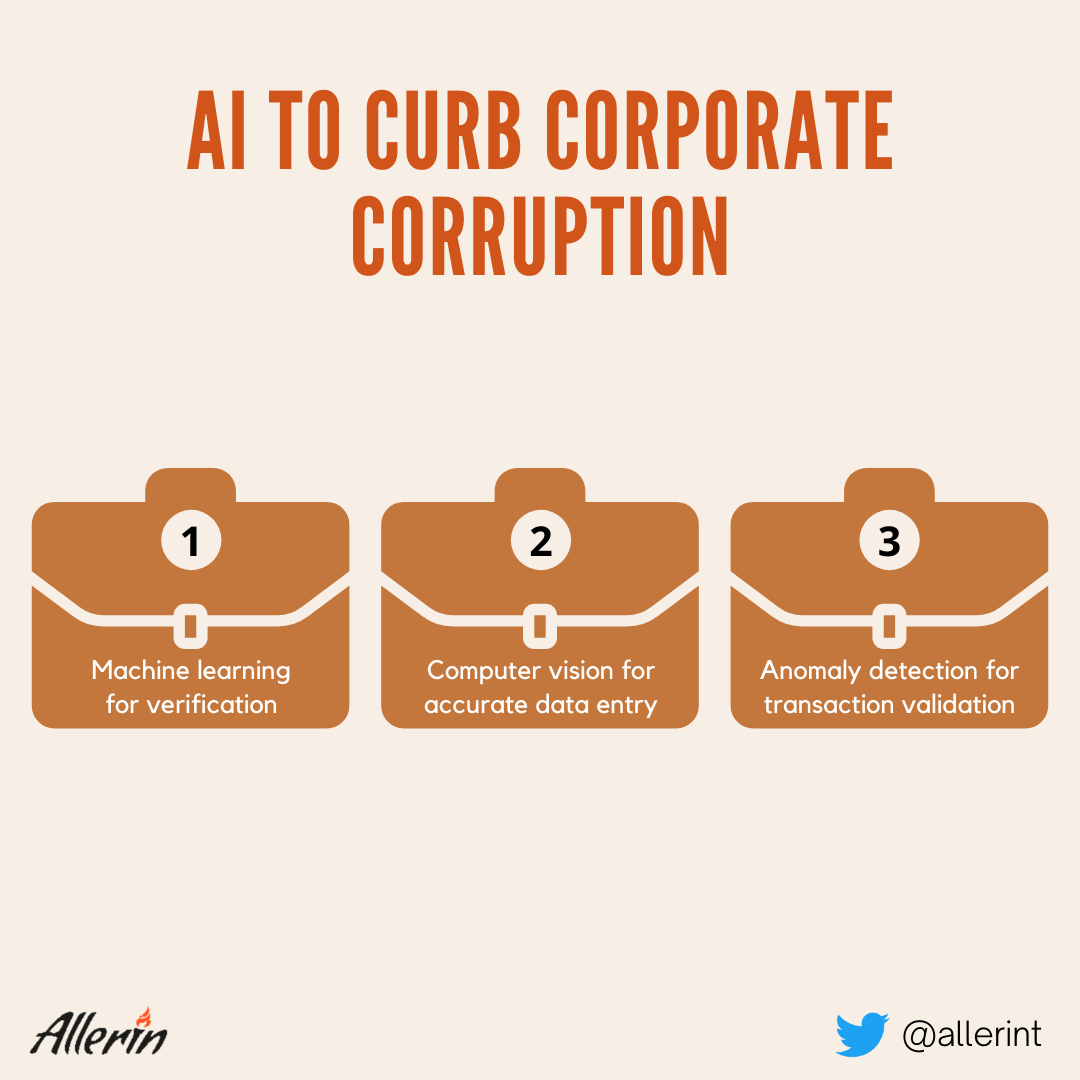 As mentioned above, the biggest challenge in identifying fraud is the sheer number of transactions that need to be monitored and reconciled to do so. By using AI technology in accounting processes, reconciliations and audits can be done at scale and with the requisite levels of accuracy.

AI’s pattern recognition capabilities can help in detecting transaction entries that do not fit the standard pattern. It can analyze all the transaction-related information and the supporting data to ensure the validity of transactions. For instance, computer vision can be used to analyze receipts and invoices to reconcile accounts. It can cross-reference the information thus gained with the transactional data in bank records to verify if a supposed sale indeed resulted in inward cash flow. This can prevent instances of businesses over-reporting earnings.

Similarly, AI can also be used to track cash outflows and verify the same against actual bank transactions. Moreover, AI can also be used to verify the name of vendors against those of payment recipients, so that proxy accounts cannot be used for embezzlement. In addition to using AI to detect misappropriation, misreporting and other kinds of accounting fraud, businesses can also use AI to make their processes inherently fraud-proof.

Most instances of accounting fraud are orchestrated by the person or people in charge of handling accounts. This means the people who oversee, record and verify financial transactions. By eliminating the need for human involvement from accounting processes wherever possible, the chances of accounting fraud can be minimized. The AI-based accounting systems can also be trained to enforce the accounting policies prescribed by the internal auditors and regulations prescribed by the government to cover all bases and further minimizes the likelihood of accounting fraud. Fraudulent actions are mostly caused by the combination of three factors: a group or individual motivated to commit fraud, a target that can be exploited and the absence of competent oversight. While the first two of these may be hard to control, the third factor can be easily addressed. The use of AI for fraud detection can offer the oversight necessary. And while we as a civilization evolve above our inherent greed and gullibility, we can let AI and other technologies like blockchain safeguard our financial wellbeing.