Is a Recession Defined as “Two Negative Quarters”?

Is a Recession Defined as “Two Negative Quarters”? 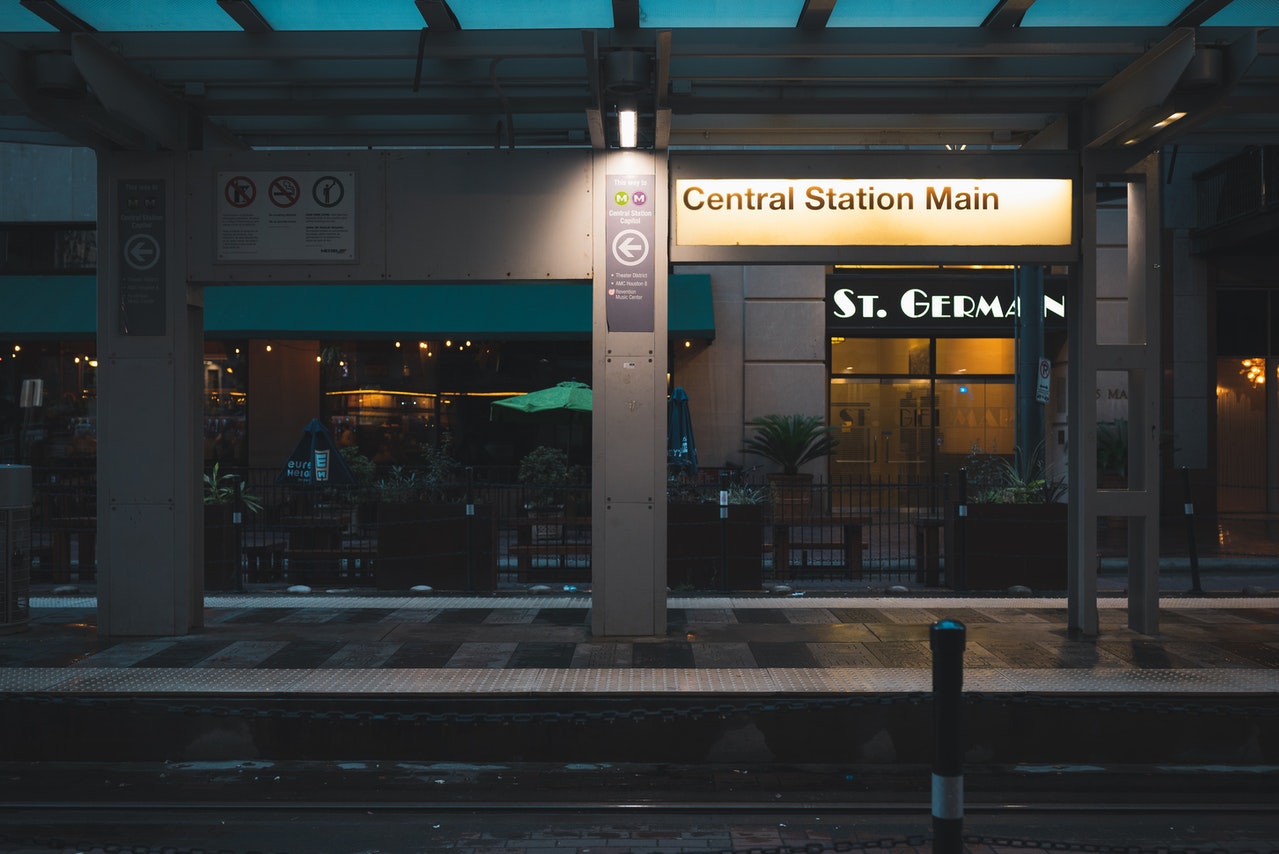 The US economy is likely to show negative growth of its gross domestic product for the first two quarters of 2022.

In late June, the Bureau of Economic Analysis estimated based on updated evidence that GDP shrunk at an annualized rate of 1.6% in the first quarter of 2022. The first preliminary estimate from BEA about growth for the second quarter of 2022 came out on Thursday morning. But according to estimates from the Federal Reserve Bank of Atlanta, which has a “nowcasting” model that tries to estimate economic changes in real time, the announcement will likely be another decline of 1.6% in the second quarter of 2022.

My question here is one of nomenclature and analysis: Does two quarters of declining GDP mean that the US economy is in a recession? After all, the unemployment rate in June 2022 was 3.6%, which historically would be viewed as a low level. The number of jobs in the US economy plummeted during the short pandemic recession from 152.5 million in February 2020 to 130.5 million in April 2020, but since then has been rising steadily and is up to $152 million in June 2022. Similarly, the labor force participation rate of the US economy dropped from 63.4% in February 2020 to 60.2% in April 2020, but has rebounded since then and has been in the range of 62.2-62.4% in recent months. So can you have a “recession” that happens simultaneously with low unemployment rates and a rising number of jobs?

The definition of a “recession” is not a physical constant like the boiling point of water. It is quite common to define a recession as “two quarters of negative GDP growth.” But there is actually no US-government approved definition of “recession.” In the US context, the most commonly used recession dating are determined by an group of academic economists calling under the auspices of the National Bureau of Economic Research. For example, here’s my post about the NBER announcement that February 2020 was the end of the previous economic upswing, and here’s my post about the NBER announcement that the pandemic recession was only two months long.

The White House Council of Economic Advisers has recently referred to the NBER Business Cycle Dating committee as “the official recession scorekeeper,” but this is incorrect. Although US business cycle dates have been based on NBER research for a long time, going back to the Great Depression, an organized NBER Business Cycle Dating committee wasn’t formed until 1978. It is not authorized by law. In fact, the lack of an official definition is probably a good thing, because it’s good to keep economic statistics out of the hands of politicians, and there are obvious political implications to pronouncing on the dates when a recession has started, is ongoing, or has stopped. As a recent example, if a “recession” was strictly defined as a decline of two quarters in GDP growth, then the Trump administration would have been justified in saying that the US economy did not have a pandemic “recession” at all.

However, there are a number of situations where a recession is in fact defined as two negative quarters for GDP growth. For example, here’s a Eurostat publication stating: “A recession is normally defined in terms of zero or negative growth of GDP in at least two successive quarters.” Here are two IMF economists stating: “Most commentators and analysts use, as a
practical definition of recession, two consecutive quarters of decline in a country’s real (inflation adjusted) gross domestic product (GDP) …” Here’s a Bank of India report (see p. 28) referring to two quarters of negative GDP growth as a “technical recession.” Here’s a “glossary” from the UK Treasury defining a recession: “The commonly accepted definition of a recession in the UK is two or more consecutive quarters (a period of three months) of contraction in national GDP.” Here’s a short comment from the World Economic Forum stating: “There is no official, globally recognized definition of a recession. In 1974, the US economist Julius Shiskin described a recession as `two consecutive quarters of declining growth’, and many countries still adhere to that.”

In short, if the US economy does experience two consecutive quarters of declining GDP growth and some commenters choose to call that a “recession,” those commenters have plenty of justification–as a matter of nomenclature–for doing so.

But setting aside the issue of whether people can find a justification for using the word, is the term “recession” appropriate for a low-unemployment US economy experiencing a surge of inflation? Julius Shisken, mentioned above, was the Commissioner of the US Bureau of Labor Statistics back in 1974, when he wrote an article for the New York Times about dating recessions. He wrote:

A rough translation of the bureau’s [NBER’s] qualitative, definition of a recession into a quantitative one, that almost anyone can use, might run like this:

In terms of diffusion—A decline in nonagricultural employment in more than 75 percent of industries, as measured over six‐month spans, for 6 months or longer.

In terms of diffusion—A decline in nonagricultural employment in more than 75 per cent of industries, as measured over six‐month spans, for 6 months or longer.

The specific criteria used by NBER have evolved over time (see here and here), but the general sense that a “recession” should include more than just GDP statistics has continued. Shiskin also wrote in 1974:

The bureau’s [NBER] definition of a recession is, however, known to only a small number of specialists in business cycle studies. Many people use a much simpler definition—a two‐quarter decline in Real G.N.P. while this definition is simplistic, it has worked quite well in the past. … The public at large now appears to use the term recession to describe a period of economic distress, such as we have had in recent months.

As someone who tries to keep my categories clear, I would not yet refer to the US economy as “in a recession,” even if the GDP numbers later this week show two consecutive quarters of decline. In my mind, not all economic distress is properly called a “recession.” The current problems of the US economy, it seems to me, are a mixture of the surge of inflation that is driving down the buying power of real wages for everyone, and the ongoing adjustment of labor markets, supply chains, and firms to the aftereffects of the pandemic. But I also wouldn’t criticize too loudly those who apply the “recession” label based on two quarters of negative real GDP growth. Moreover, efforts by the Federal Reserve to choke off inflation with a series of interest rate increases have contributed to a number of US recessions since World War II, so there is a real risk that in the coming months, the US economy will end up experiencing the combination of lower output and job losses that will qualify as a “recession” by any definition.

View all
Benefits of Digital Marketing for Your Business
Company Branding What's It All About?
7 Useful Small Business Marketing Tips
If You Hire the Right Person, Everything Goes Ten Times Better
Need To Get Ready For That Job Interview Soon? Listen To These Tips
What to Do If Someone Hurts Themselves in Your Store
The Drill-Baby Carbon Tax: A Grand Compromise on Energy Policy
The Natural Resources Curse
4 Ways To Make Sustainability A Part Of Your Everyday Life
Hurricane Ian: More Than 1 Million Floridians Without power
Green Blockchain Plays a Major Part in Fending Off Climate Change
8 Great Ways to Help You Save Energy
The Path to Smarter, Greener Banking
10 Ways to Simplify Your Business
Fintech Has Evolved a Very Different ‘Core’ Technology Architecture
Accelerated Disruption in FinTech
Sunk Costs: Why You Should Pay Attention
Could Crypto’s Recovery Come from a Crash in China’s Yuan?
How the World Can Feed 9 Billion People
Income of the Top 1%
Who is Using $1 Trillion in U.S. Currency?
Dollar Strength and Global Currency Debasement
Some Economics of Diapers
US Household Wealth: 1989-2019
More Than 330,000 Deaths in the U.K. Due to Austerity
King Charles III's New Royal Cypher Revealed
76 Theses on American Patriotism
Why Are More People Becoming Right Wing?
A New Law That May Impact Prince Andrew, Princess Beatrice and Prince Harry
King Charles Meets Northern Ireland's Political Leaders During Historic Visit
Building a "Woke" AI
Asteroid Hit by Nasa Probe Leaves 10,000 km of Debris
Is Virtual Time Travel Possible With Machine Learning and Mixed Reality?
The Importance of Blockchain in Clinical Trials
Reflections on HackZurich 2022 with Swiss Re
The Intellectual Abilities of Artificial Intelligence
Capitalism Can Not Survive the Singularity
The Importance Of Establishing A Morning Routine
Mourinho and Ferguson Have Iconic Phrases Added to the Oxford English Dictionary
Fixing A Broken Garage Door Is Important For These Reasons
How To Make Your Workplace More Accessible
Breathing Space for October
Harnessing The Power of Alternative Data Insights
Intelligent Technology Simplified: Smarter Machines = Smarter Humans
Elon Musk is Teasing a Mysterious "Everything App"
How Computer Vision Paired with AR Can Be Used for Navigation Aide
Are Microchips Consumer-Friendly or a New Frontier in Surveillance?
How Computer Vision-Powered Pose Estimation Can Optimize Smart City Mobility

Benefits of Digital Marketing for Your Business
Harnessing The Power of Alternative Data Insights
Company Branding What's It All About?
Intelligent Technology Simplified: Smarter Machines = Smarter Humans
Capitalism Can Not Survive the Singularity