Is the Pace of Scientific and Technological Progress Accelerating or Decelerating?

Is the Pace of Scientific and Technological Progress Accelerating or Decelerating? 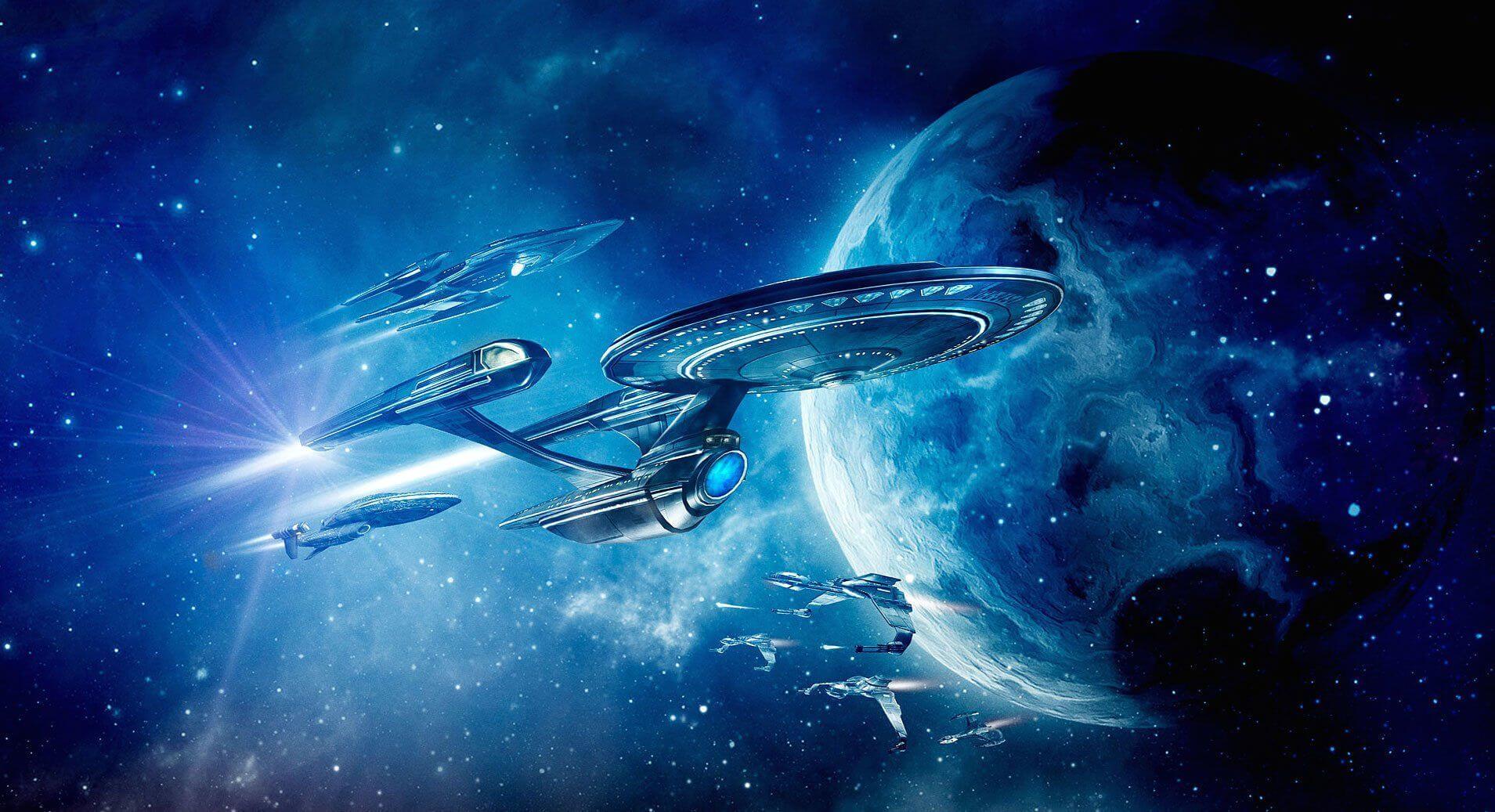 The pace of scientific and technological progress is neither accelerating or decelerating. It's stagnating.

Despite vast increases in the money spent on research and development (R&D), progress is barely keeping pace with previous breakthroughs that were discovered in the past. 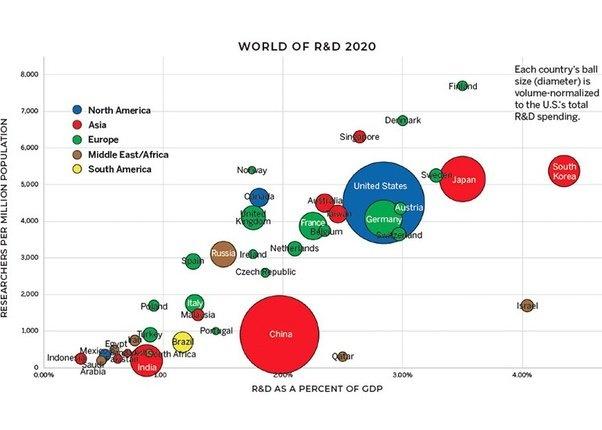 The R&D World surveyed 93 physicists from the world’s top academic physics departments, and they judged 1,370 pairs of discoveries. The bars in the figure below show the scores for each decade. A decade’s score is the likelihood that a discovery from that decade was judged as more important than discoveries from other decades.

Fundamental physics reached its peak of discoveries in the 1920s-1930s. The field commercialized and began producing economic benefits in the 1950s-1960s, but the situation became less promising with time.

The graph stops at the end of the 1980s. The reason is that in recent years, the Nobel Committee has preferred to award prizes for work done in the 1980s and 1970s. In fact, just three discoveries made since 1990 have been awarded Nobel Prizes. The same situations with other sciences. 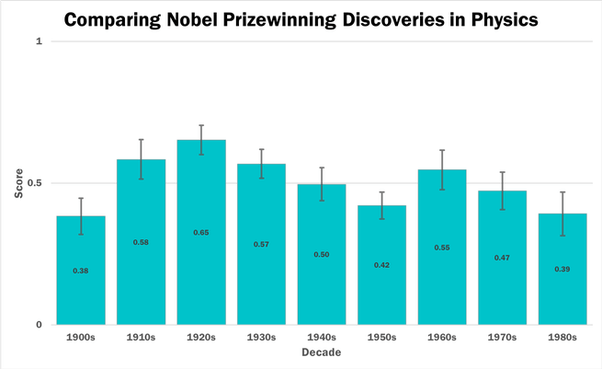 Despite vast increases in the time and money spent on research, progress is barely keeping pace with the past. What went wrong?

Major technological shifts are fewer and farther between than they once were. In our century, for better or worse, progress isn't what it used to be.

When Ernest Rutherford discovered the nucleus of the atom in 1911, he published it in a paper with just a single author: himself. By contrast, the two 2012 papers announcing the discovery of the Higgs particle had roughly a thousand authors each, as it happened with the detecting gravitational waves which Einstein discovered in 1915.

The economists Tyler Cowen and Robert Gordon in their books The Great Stagnation and The Rise and Fall of American Growth pointed out that the early part of the 20th century saw the large-scale deployment of many powerful general-purpose technologies: electricity, the internal-combustion engine, radio, telephones, air travel, the assembly line, fertilizer, and many more.

Yes, we’ve had advances associated with two powerful general-purpose technologies: the computer and the internet. But many other technologies have improved only incrementally.

Now, as for major discoveries in machine learning, as a part of narrow artificial intelligence over the past few years. They include an improved ability to recognize images and human speech, and the ability to play games such as Go better than any human. But it has taken too much hype, time, money, and effort to generate these results, having little with a real and true artificial intelligence.

We need to prepare for a life of slowing economic growth and overcome the idea that this is temporary. The negative dynamic that developed countries have experienced since the 1970s is not the result of wrong economic policy. It is a deep and serious trend. The technological boom of the 2030s will improve the dynamic of the global economy, but will not reach the level of the 2000s, much less the highpoint reached in the mid-20th century. 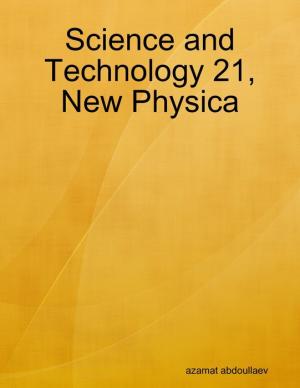