80 Years Since the Bombing of Darwin

80 Years Since the Bombing of Darwin 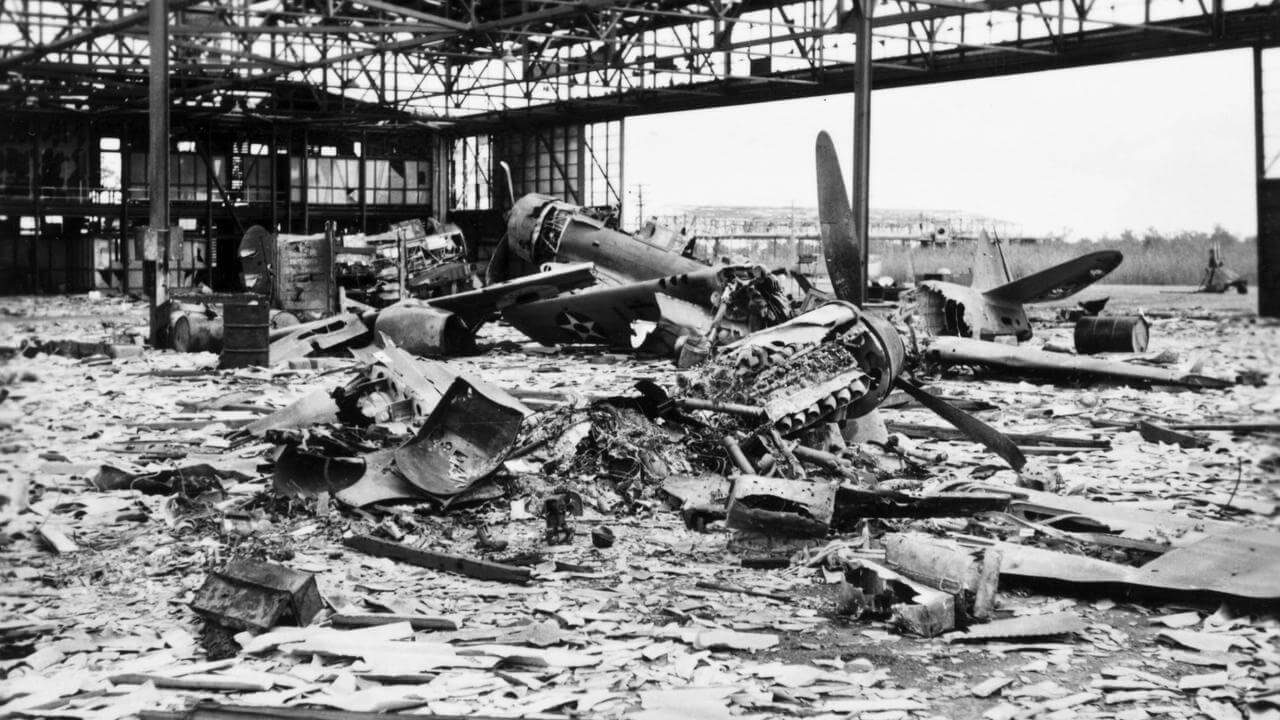 On the 19th of February 1942, Japanese aircraft attacked Australia.

Called ‘Australia’s Pearl Harbor,’ the bombing of Darwin is the most extensive single attack in history on Australia by a foreign power. A strategically important Allied base, Darwin was a crucial position in the Pacific War. Now, 80 years on, we remember those who lost their lives defending the capital of the Northern Territory.

Before the Second World War, Darwin experienced a significant military expansion. The 1930s transformed Darwin from a small town to a strategic military outcrop. The population tripled, and the economy boomed. Darwin was home to the Royal Australian Navy and Australian Air Force bases.

The city became an essential Allied-based for the defense of the Dutch East Indies (now Indonesia). As Japan captured Ambon, Borneo, and Celebes and set its sights on Timor and Java, Darwin found itself at the heart of the Pacific War. It was a key hub for supplying Allied forces throughout the Pacific.

The Japanese targeted the wharf and ships in the harbor. Twenty ships were damaged — the MV Neptuna exploding and causing extensive destruction. The USS Peary sank, killing 88 people. Today, the ship’s wreckage remains in the harbor to memorialize the American lives lost. Japanese aircraft directly hit the Darwin Post Office, killing all ten employees there.

The first raid lasted little more than ten minutes. Later in the day, the aircraft returned later in the morning, targeting the RAAF Base at Darwin. There were fears of imminent invasion. And while Australia avoided such an assault, Darwin was severely damaged.

The 19th of February 1942 was not the only day Darwin faced attacks. While the Darwin bombings were the first two raids and caused the most significant loss of life, Japanese bombardment continued another 97 air raids over the next two years.

In such a devastating time, many Australians fought bravely to defend Darwin. Many army nurses and enlisted women served in military hospitals throughout the Northern Territory, including hundreds of indigenous women. Gunner, a kelpie puppy, previously injured in a bombing, could sense approaching Japanese aircraft, warning the citizens of Darwin.

Every year, Australians remember the Darwin bombings. While there are few survivors still with us today, we must continue to share their stories from one of the darkest days in our history. In honor of the lives lost in Darwin in 1942 and the permanent impairment of veterans of future wars, we should remember those who fought bravely to defend Australia.

2022 marks 80 years since the tragic attacks that took place in Darwin. In honor of those who lost their lives in the bombings, the Australian Prime Minister Scott Morrison said,

“The Bombing of Darwin began a testing chapter in the history of our nation—a series of air raids across north-western Australia which continued for 21 long months until November 1943.

“It was the greatest threat our people ever faced. But in our darkest hour, we rose to the challenge. Australia’s response to the Second World War was the greatest national effort in our history, and like Gallipoli almost 30 years before, the Bombing of Darwin proved to be an early tragedy, followed by ultimate triumph.”

“We also acknowledge the deep and lasting friendship between the people of Australia and Japan — out of the suffering of war, we have turned to each other in a spirit of reconciliation and respect. On this day in the city of Darwin — and in every part of Australia — we will remember. Lest we forget.”