Cuba: The Dictatorship And The “Blockade” Lie

Cuba: The Dictatorship And The “Blockade” Lie 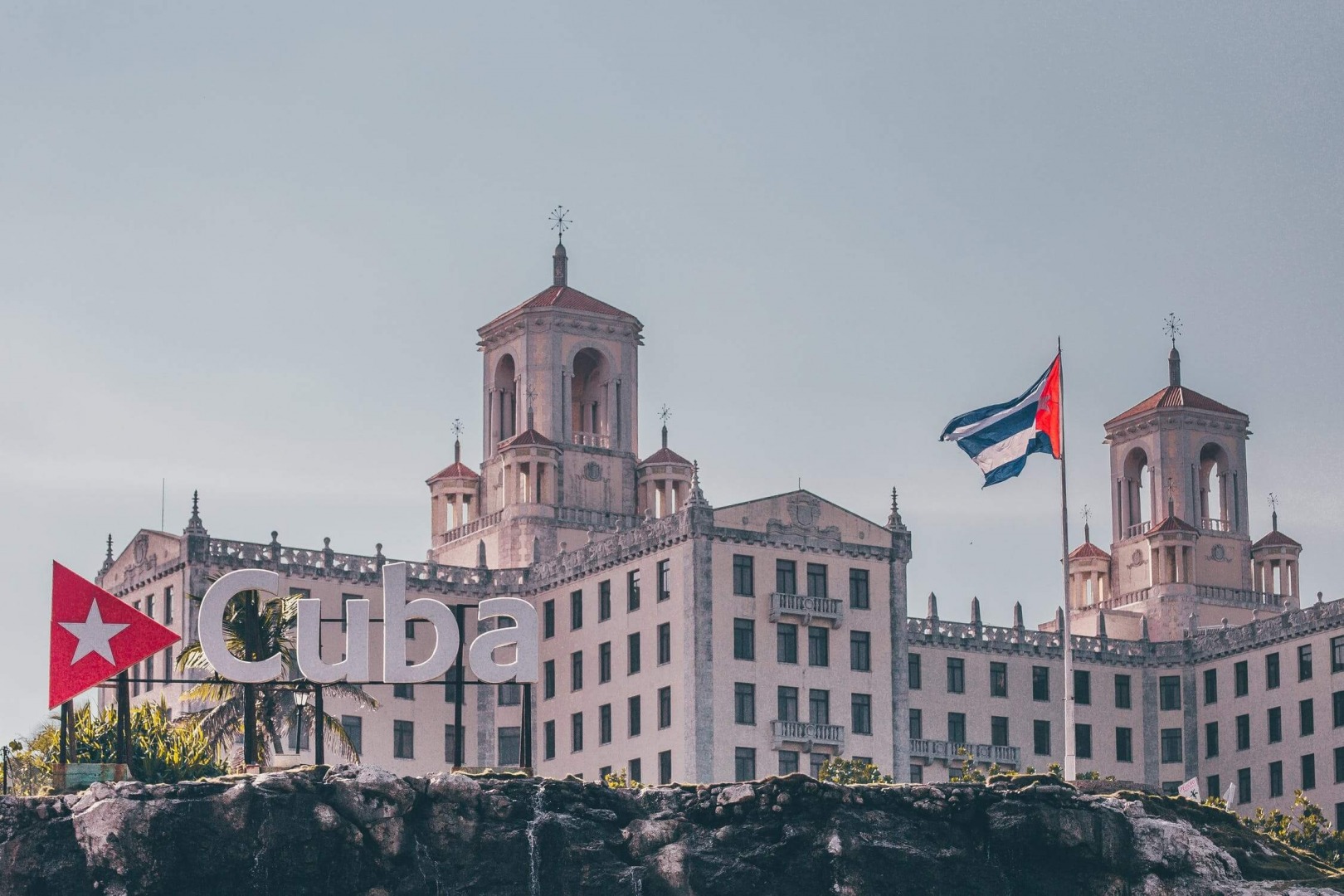 Cuba is a dictatorship that uses terror and propaganda to repress its people.

It locks citizens, strips them of the most basic human rights, silences them, and confronts families using extortion and threats. The regime’s constant practices of illegal detention, the personal ruin of political dissidents, and limitation of fundamental rights have nothing to do with any blockade or embargo but everything to do with the totalitarian communist dictatorship.

All the propaganda that whitewashes the Cuban dictatorship is based on two lies: the inexistent “blockade” and the allegedly excellent “public health”.

Cuba only suffers from one blockade: that of the dictatorship against its people, which limits imports of food, medicine, use of the internet, and freedom to travel. We have seen the evidence this week when the regime has “temporarily lifted” the limitation on imports of food and medicine.

Dismantling the lie of the so-called excellent Cuban public services is easy. You just have to go to Cuba to see it.

The health care system that the regime advertises so much is a failed and dilapidated system that only provides quality service to wealthy foreigners and to the regime’s leaders. Cuba suffers the “most expensive free healthcare in the world,” as they told me in Havana.

The myth of the quality of healthcare has been debunked on several occasions. María Werlau, from the NGO Archivo Cuba Archive, explained that “healthcare in Cuba is terrible for the ordinary citizen. There is an apartheid that favors the ruling elite and foreigners who pay in US dollars”, and it has been shown that “the Cuban health system lacks transparency and capacity ”, its health policies not only have not yielded good results but also limit the basic rights of patients, “it is hardly a model to follow ”(Cuba’s health system: hardly an example to follow  Octavio Gómez-Dantés).

Anyone who travels to Cuba can see that the often-repeated “non-existence of child malnutrition” that some say UNICEF shows, is a lie and only masks a regime that still uses ration cards and misery as tools to keep the population under its boot.

However, UNICEF never stated that Cuba had ended child malnutrition, but that the incidence of underweight children has dropped to 4%”, a record that was broken by Costa Rica or Chile, for example, which reached 1%. In Tracking Progress on Child and Maternal Nutrition: A survival and development priority  (Unicef, November 2009, p. 102 et seq.) it shows clearly how other countries have done significantly better than Cuba.

The actual data on infant mortality is twice the official figure and much worse than in countries such as Chile or Costa Rica, according to studies (“Infant Mortality in Cuba: Myth and Reality”; Roberto M. Gonzalez).

The myth of the blockade is even more hilarious. The inexistent blockade is a lie that serves as an excuse to whitewash the dictatorship.

The exports of food and agricultural products from the United States to Cuba increased by 74.7% in March 2021, an increase of 54.3% annualized (Cuba Trade).

Cuba, in turn, imported in 2020 from Venezuela (crude at cost or free), China, Spain, Russia, Mexico, Italy, Argentina, Brazil, the United States, and Germany, among others. What a ‘lockdown’ crap.

The only thing Cuba has is an embargo on those items that the dictatorial regime uses for military purposes.

More than 90 North American multinationals have exported to Cuba since 2001. Since 2014, sixty North American companies have been operating directly in Cuba (Cuba Trade Economic Council)

Cuba exported $ 14.9 million to the United States and imported $ 176.8 million in 2020 according to the Department of State. Imports and exports to China are also particularly important.

The United States is the largest supplier of food and agricultural products to Cuba, according to the Department of State, with exports of those goods valued at $220.5 million in 2018. The United States is also a major supplier of humanitarian goods to Cuba, including medicines and medical products, with a total value of 275.9 million dollars in 2018. Remittances from the United States, estimated at 3.5 billion dollars in 2017, are the dictatorship’s largest source of foreign exchange.

What has destroyed Cuba is communism. A destructive and wasteful dictatorial regime.

The Castro regime is a machine for squandering subsidies. It consumed aid from the Soviet Union between 1960 and 1990 equivalent to six Marshall Plans and failed to improve its growth pattern or take advantage of huge subsidies to improve productivity. Between 1960 and 1990, Cuba received more than $65 billion from the Soviet Union, not counting what it received from other socialist countries.

The Cuban dictatorship has also squandered subsidies and aid from China, Russia, and Venezuela.

Only in the Cuban medical program, Misión Barrio Adentro, the Havana dictatorship received $120 billion dollars in 16 years, an official figure, revealed by Nicolás Maduro in 2019 and confirmed by Julio García, head of the Cuban missions in Venezuela.

Cuba obtained more money from Venezuela for other concepts, other missions, for sales of power plants, for triangulation in food imports, and even for the sale of millions of light bulbs.

In the past 18 years, China has forgiven nearly $ 5 billion in debt to Cuba, nearly half of the total debt it has forgiven its trading partners. Of course, trade with China has declined due to the constant defaults of the Cuban dictatorial regime.

Russia has donated billions of dollars to Cuba, with donations through, for example, the representation of the World Food Program (WFP) and the write-off of 90% of the debt contracted with Russia (2014), about 25.8 billion dollars.

Between 2011 and 2014 alone, Mexico, Japan, China, and Russia together exempted 40 billion dollars of debt from the Cuban dictatorship, which is equivalent to 50% of Cuba’s current GDP, according to Forbes.

The Cuban dictatorship always does the same: Borrow, squander money, impoverish the population and default on its commitments. And then it complains about an inexistent “blockade”.

If we add donations, debt cancellation, and financial support, Russia, China, Venezuela, and Cuba’s main trading partners have given financial aid and donations to the Cuban dictatorship that exceed 200 billion US dollars in the last 16 years.

Despite all this, and with a monetary policy as destructive as that of Venezuela, printing Cuba pesos without value or demand while squandering the reserves it receives, inflation in 2021 will reach 500% according to Reuters.

What has the Cuban dictatorship done with all this money? It dilapidated the country while condemning the Cuban people to misery.

Cuba has a poverty level that, calculated independently, reaches 50%. According to figures from the ONEI, 35.6% of the working-age population is unemployed or unemployed. The monetary and economic disaster would lower the Human Development Index for Cuba, from position 73 to the lowest places among the countries of the world.