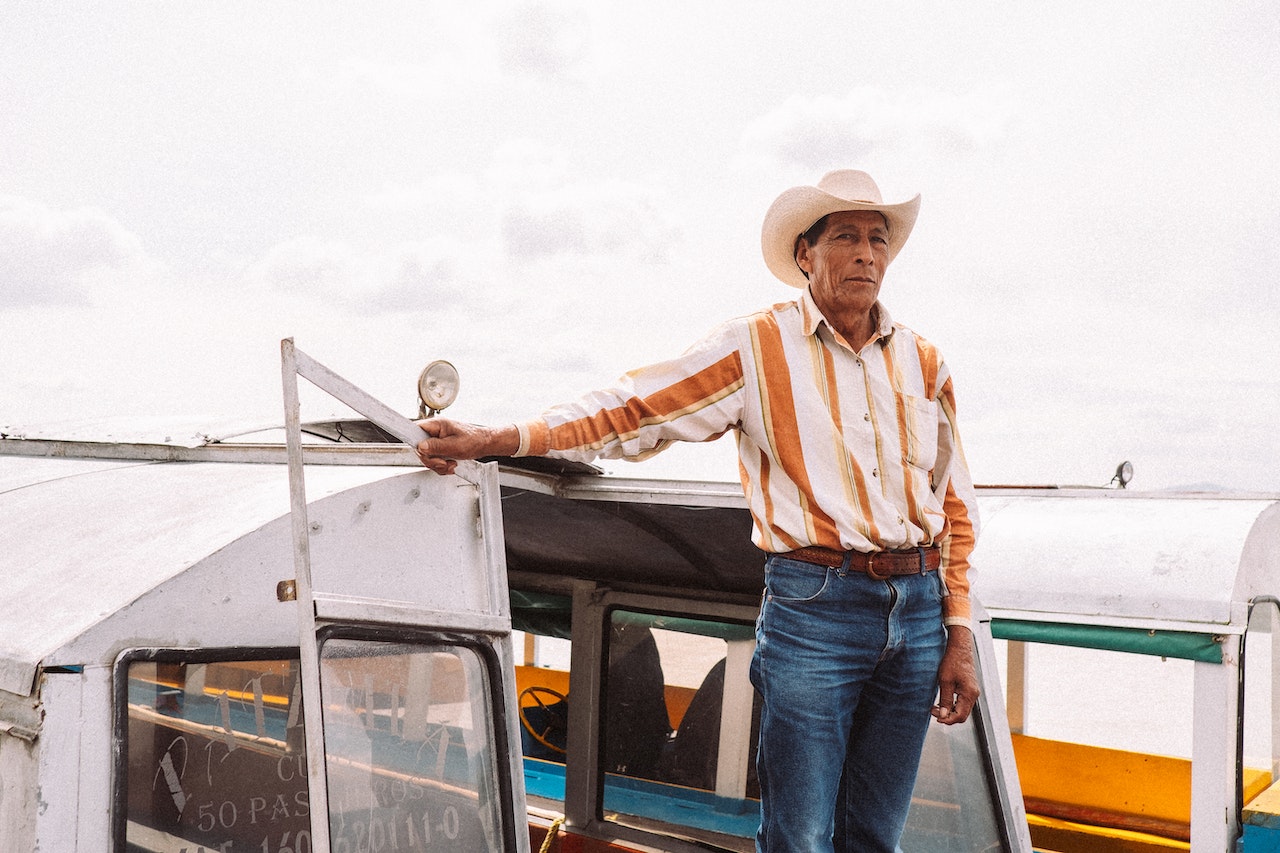 If many people start making choices about how to invest their retirement assets, how much of their money will end up in the hands of financial advisers?

The answer will of course vary across countries and situations, but Justine Hastings explains the dispiriting outcome in Mexico in ”Privatizing Social Security: Lessons from Mexico.

When Mexico privatized its Social Security system in 1997, it wanted to avoid a situation where people would make risky investments with their retirement accounts, In fact, the regulations that it set up were so tight that everyone was required to have essentially the same investment. Hastings writes:

”Mexico launched a fully-privatized defined contribution plan in 1997, with 17 participating fund managers which could compete to manage investors’ privatized social security accounts. Given the tight regulations on investment vehicles, fund managers each offered one, essentially homogeneous investment product. Investors could choose which firm they wanted to manage and invest — for a fee — their personal social security account. Despite the large number of competitors selling an essentially homogeneous product, management fees and fund manager profits were high.”

Here’s some evidence on the fees that emerged. The ”initial load” is the amount of each deposit that is immediately paid to the investment adviser. The ”annual fee” is then paid each year on the balance in the account. As Hastings explains: ”Fund managers charged an average load (a fee taken as a share of account contributions at the time of contribution) of 23 percent and an annual fee on assets under management of 0.63 percent, implying that a 100-peso deposit earning a 5 percent annual real return would only be worth 95.4 pesos after five years.” 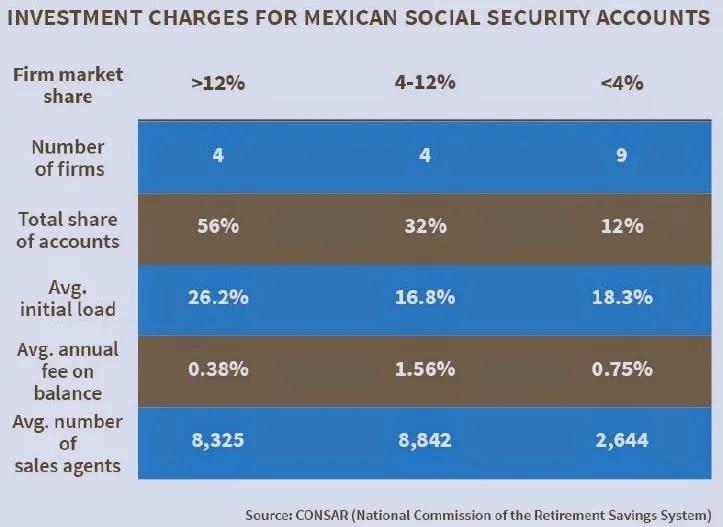 The table also shows that although the investment products themselves were largely identical, companies hired thousands of people to promote their own firms. Thus, the initial loads and annual fees were largely funding sales staff.  Hastings considers two main policy choices in response to this situation.

One option would be for the government to run a fund that would barely advertise, and would keep expenses at rock-bottom. However, this might make less difference than you would think. Imagine that all the people who are sensitive to fees and understand that the investment products are identical go to the government accounts. As a result, the private companies can then focus their advertising on those who are not sensitive to fees and do not understand that the investment products are identical.

Mexico’s government tried to introduce a ”fee index,” which combined the load and annual fees into a formula that produced a single number. But the characteristics of the formula meant that many firms shifted to higher loads and lower annual fees–with the actual revenue to the investment advisers not falling. In addition, the single fee failed to capture certain differences across workers, causing some workers to make choices that caused them to pay more.

Yet another option is better financial education, so that people have a better understanding of their choice. The problem here is that financial literacy is weak everywhere.

Or to rephrase this issue, imagine that Americans could invest an amount equal to the expected value of their Social Security benefits, and that U.S. financial advisers could have advertising and sales forces to attract these funds, and could set loads and sales fees. In most contexts, I’m the sort of person who advocates that people should have considerable freedom to make their own choices and live with the results. But it’s also true that most people don’t follow Warren Buffett’s advice that the average investor should put most of their money in a very low fee broad-based stock market index fund. It’s also true, as Burton Malkiel points out, that even though the amount of money in US domestic equity mutual funds has risen more than 100-fold in the last three decades, and even though one would think that there would be substantial economies of scale in applying information technology to investing money, the average amount paid as expenses to the fund managers in actively managed funds has stayed the same for three decades.

In short, many people are tempted to believe that the right advisers will help them beat the market on a consistent basis, and financial fees often are not completed down to negligible levels. If the answer is a heavy dose of regulation so that there are very few options available for investing these retirement funds, then the logic for having private companies compete for market share doesn’t make a lot of sense.