Is President Biden to Blame for Surging Inflation?

Is President Biden to Blame for Surging Inflation? 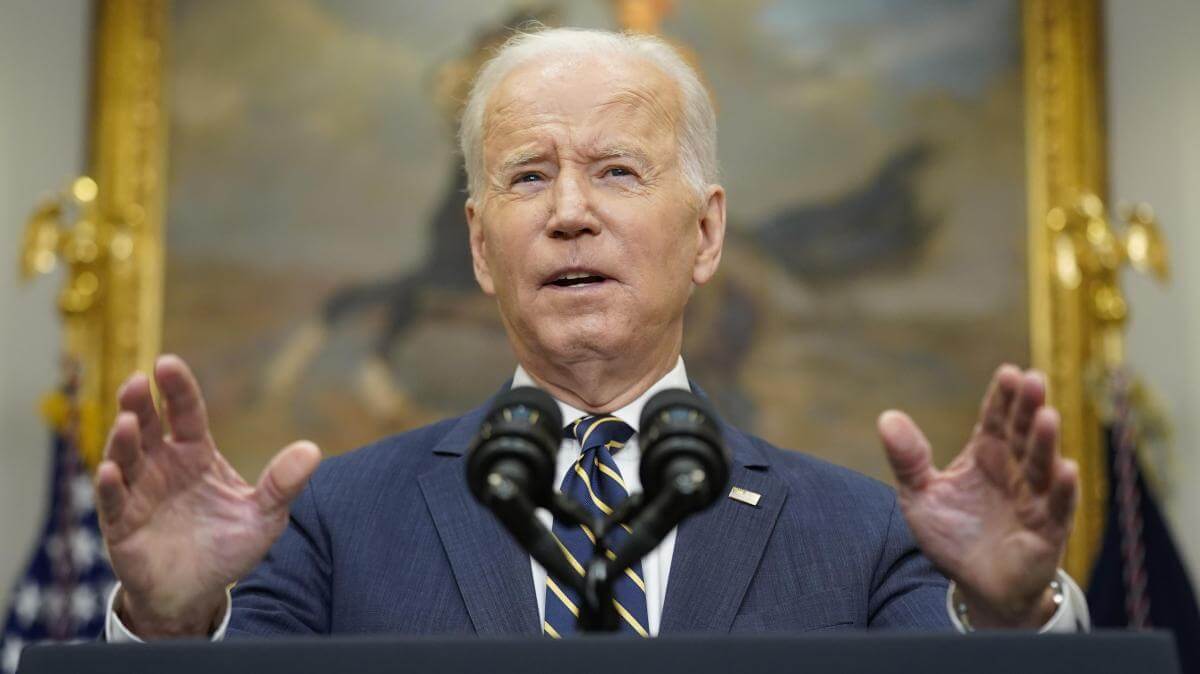 I’ll echo Bill Leidy’s comments below, but also wanted to talk about the nature of inflation

Inflation occurs when the price of a class of things rises relative to other classes of things. When the stock market rises even when wages or goods are otherwise stable, this is equity inflation. When wages rise faster than anything else, then it’s wage inflation. Typically, when inflation is discussed in economic circles, it is almost invariably either commodities inflation (which hits final good prices) or labor inflation (wages are rising faster than other inputs), usually the first. It is this definition that the US Government (and most governments) use.

Inflation is generally calculated on the basis of a number of different categories - food prices, fuel prices, automobiles, houses, electronics, and so forth. This basket is not necessarily stable - it has changed over the years as certain things have fallen into and out of flavor (the price of horses, for instance, would have been (marginally) relevant a century ago, but certainly isn’t now). However, in general, the basket is intended to give a sense of how much a dollar has lost its purchasing power.

Inflation, in general, is caused when supply chains are disrupted, as they have been during the pandemic. At the beginning of the pandemic, panic buying meant that goods disappeared from the shelves quickly as people feared they’d not be able to get access to them and so bought what they could early. Replacing those goods was costly - new arrangements needed to be made, and every retail outlet was attempting to get the same goods, so prices went up. Transportation costs were also higher, and as the pandemic worsened, there were fewer people able to deliver these goods, which reduced supply more. These costs were generally passed to the consumer. Companies started having to pay more for labor because there were fewer people willing to brave getting sick, and they also passed this onto the consumer.

In May 2020, the stock market cratered, sending twenty million people to the unemployment line, and radically shaking up the labor market. Many of those people (especially older people) retired, others (disproportionately mothers of school-age kids) had to leave the workforce to make sure their kids were focused on remote schooling. Wages may have gone up for some, but in many cases families lost a wage earner.

As the pandemic progressed, people adapted, and returned to the workforce, but as inflation continued to rise, they demanded more money (and more control) to take into account the lost wages. When companies refused, they went to competitors who were paying higher wages, and the companies that couldn’t grab workers at a high wage were then surprised when they were forced into paying higher wages for the ones that remained.

Companies meanwhile, were eager to make back what they perceived that they’d lost during the pandemic, and started raising prices even more, not really understanding that in doing so, they were delaying the time when a new equilibrium could be established. Ironically, wages are still historically below the rate of inflation prior to 2020, which means that most of the ACTUAL inflation is not coming from wages but from arbitrary price increases adding to profits.

The market will eventually correct as companies overreach and they end up with too much product in the market, once the pandemic itself finally peters out. At that point, you’ll see significant discounts, and inflation will cool down in most sectors.

In the 1950s, Milton Friedman argued (in what quickly became doctrine) that inflation was in fact caused by fiscal monetary policy due to stimulus. Excessive government spending pushed too many dollars into the economy, the argument went. In point of fact, there has been no real recorded evidence that inflation had anything at all today with government spending. The doldrums of the 1970s had to do with a four-fold increase in fuel and the decision by Nixon to close the gold window in 1971, which forced the dollar to find a new equilibrium. The inflation of the 1980s was driven in great part by the Boomers buying houses and raising families, causing competition for resources. Inflation has been largely non-existent from the 1990s on, to the extent that interest rates (which are often used to combat inflation by slowing demand) have been at or only slightly above zero for so long as to be the new normal.

More evidence about the lack of causation came in 2017, when then-President Trump signed into law one of the biggest stimulus packages in history (disguised as tax relief). Despite that, inflation barely budged.

The Republicans have been pushing inflation by stimulus angle, though this may very well prove to be a double-edged sword. If, as seems to be the case, the Pandemic is easing as we get into March, this should help to reduce the supply chain issues, which in turn will cause a surplus to hit most retail outlets by June. Assuming we’re not at war with Russia at that point, this means that by November 1, inflation should have cooled considerably, as retailers will have over-stock on the shelf that they need to clear, so will be discounting heavily. As this seems to be the primary point that the Republicans are campaigning on to retake the House and Senate, this could turn out badly for them.

As to the original question - Biden has, ironically, not contributed much if at all to inflation. His big signature piece: the Build Back Better act, which would have represented a considerable expenditure and might have contributed some to the inflation process, failed to get through Congress. He has been working hard to get the supply chain issues straightened out (and been fairly successful there) and has announced a watchdog agency that will be concentrating on price gouging, both of which will contribute to a slowing of inflation in the coming months, so by those lights, Biden will be responsible for stopping inflation. Of course, the media is not likely to cover that either, as it goes against the prevailing (and inaccurate) narrative.

View all
5 Reasons Why Manufacturing Benefits From Automated Quality Assurance Testing
Video Production in the Business World: 4 Reasons Why it Matters
You Need to Use Video Marketing for These 6 Powerful Reasons
Intelligent Multitasking
Top Advantages Of VoIP For Your Business You Should Definitely Consider
Do You Sound Like a Leader?
The Environment & Utility Services
How Has the Energy Crisis Impacted the Cleantech Job Market?
Global Food Crisis | Agriculture Subsidies | Climate Change | Drought
Energy Research For Electric Vehicles | Autonomous Thought Networks | Mechatronics
How Blockchain and IoT Collectively Reshape Food Production
Mental Healthcare and Climate Change in Small Island Developing States
How to Manage Your Money
What Is Credit Score, And Why Is It Important?
The Crypto Trilemma
Top Tips That Will Help You Gain Control of Your Bank Account Again
Bank of England Announced That £20 and £50 Paper Banknotes Will Soon Go Out of Circulation
5 Types of Mortgage Loans for Home Buyers
Grade Inflation and College Completion
Pandemic Macro: Stimulus vs. Insurance
Why Government Anti-Inflation Plans Fail
Labor Economics: The Future of Work is Low-Budget Employment
Global Food Crisis: Alternatives to Ukrainian Grain and Russian Fertilizer
Labor Economics | Future of Work | Supply Squeeze | Manufacturing
Emmanuel Macron Wants to Develop a European Metaverse
Brexit: Some Early Evidence and Ironies
A Lateral Way To Expose War Crimes and Fight Disinformation
Gustavo Petro Wins Colombian Presidency
Rotational Migration
Brexit: EU Launches Legal Action Over UK's Northern Ireland Protocol Bill
Top Tips That Will Help You Recognize a Reliable Pharmaceuticals Manufacturer
The Importance of Library Innovation in Mental Health Care
Neuroplasticity Pen: Neurotech Research Pre-Alzheimer's Disease and Stroke
Brain Science: Psychiatry at Amyloid Beta’s Era of Alzheimer’s Research
6 Things We Learned From The Latest Pandemic Crisis
Metabolic Syndrome | Memory Disease | Brain Science | Sleep Neurobiology
Addiction Rehab Marketing Tips and Tricks That Will Attract More Clients
How Consistency Helps To Build Your Brand Passively
6 Good Reasons To Learn First Aid
Chronic Tiredness is Your Doing
6 Simple & Most Efficient Workouts You Can Do At Your Home
Giving Up Is Never An Option In Life
How Virtual Reality is Revolutionizing Motion Pictures
The Metaverse: Myths and Facts
How Machine Learning-Enabled Prosthetic Limbs Improve Mobility for the Disabled
The Benefits of Using a Starscope Monocular Telescope
What is a UX Audit, and Why Should You Conduct One?
The Current Demand For 3D Printing: What You Should Know