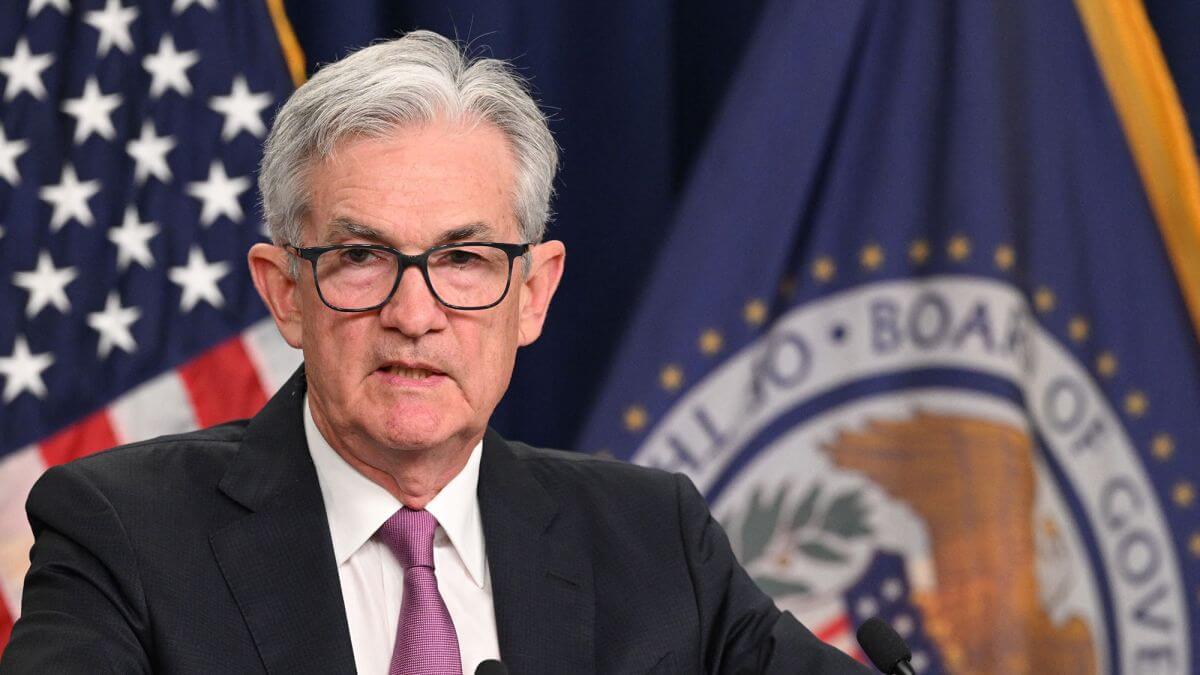 The hawkish tone of the Fed’s chairman Jerome Powell on Friday 26th was unequivocal.

His most important sentence, in my view, was the following: “With inflation running far above 2% and the labour market extremely tight, estimates of longer-run neutral are not a place to stop or pause.”

What does this mean? The Fed will do what it takes to cut inflation if the labor market remains strong. These strong messages sent ripple effects to markets. Stocks and risky assets fell in unison and the US dollar relative strength created another widespread depreciation of weaker currencies.

The Fed knows that inflation is fundamentally a monetary phenomenon and that they must correct the mistake made in 2020 by dramatically increasing the money supply and sending rates to even lower territory.

Inflation is the destruction of the purchasing power of a currency. One or two prices may rise due to an exogenous factor, but all prices cannot go up at the same time if the amount of money in the economy is unchanged. Other prices would fall with the same amount of currency.

However, the Federal reserve may be too complacent about the strength of the economy and dangerously optimistic about liquidity in markets.

It is impossible to create a monetary tsunami slashing rates and pumping trillions of newly printed dollars into the economy and expect it to correct with a small splash of water in the face. It is worse, it is impossible to create a soft landing with an overheated engine. The monetary excess of 2020-2021 was not just the Fed’s creation, but every single developed economy's large central bank.

Therefore, it is even worse. Powell needs to believe that multiple monetary tsunamis engineered at the same time are going to be controlled with no damage to a bloated and indebted economy.

The first challenge Powell faces is that rate hikes are not even enough to address inflation. Rate hikes reduce the growth in new money creation but does nothing to avoid all the excessive currency issuance coming from fiscal policy. While Powell may reign on the rate of inflation, the U.S. and European administrations are still consuming trillions of newly created currencies via deficit spending.

The latest anti-inflation plan precisely shows this. An anti-inflation program that will be financed with debt and newly created currency. Fascinating. It is even more fascinating to read that the recently announced student loan forgiveness program will be “fully financed” by deficit reduction. How can something be “fully funded” by a “deficit reduction” that easily means a half a trillion US dollar deficit anyway? Are we insane?

Powell and the Fed officials should be concerned by a tightening of monetary policy that will perpetuate bloated government spending and the productive sector, families, and businesses, will be the only ones suffering the normalization.

Powell’s second challenge is liquidity. While money supply globally remains stable, the depreciation of key currencies against the US dollar is creating two negative flows: Faster destruction of purchasing power of currencies and outflows of capital from global economies and into the US dollar.

Within this second challenge comes another problem. Central banks that cannot be hawkish enough and even when they are the vacuum effect of the U.S. dollar continues. This is caused by years of excessive and careless money creation.

In the eurozone, for example, money supply (M2) growth remains much higher than in the “Draghi bazooka” years yet liquidity is vanishing rapidly in the riskier asset classes, high yield, and unsecured loans.

Liquidity limits to bank lending are already evident in an economy that still needs two trillion US dollars in reverse repo programs. Reuters warned that “the trillions of dollars in overnight cash tucked away daily at the Federal Reserve could turn into a major headache for banks that could squeeze their balance sheets and impair their ability to lend.”

The Fed should be aware that massive reverse repo programs are not a sign of an adequate function of markets, but a warning sign of lack of confidence that can create a credit crunch in what continues to be a sea of liquidity.

Can you imagine? Vanishing liquidity for the credit system due to previous excess liquidity created by years of money printing.

Powell and the Fed may also be too complacent about the global and U.S. economy. The manufacturing PMI (purchasing manager’s index), both in the United States and in the European Union, show weakness. Furthermore, the global manufacturing PMI has been falling since March, and is close to contraction. The United States is at 51.3 points, being 50 the level of contraction, and the Euro Area at 49.7, already in contraction.

The OECD leading indicator of economic activity has also been in contraction for three months in the European Union and the United States.  In the United States the University of Michigan consumer confidence has only bounced from a very low level.

If we look at all leading indicators for the U.S. economy, they show weakness and elevated inflation.

Powell cannot perform miracles. There is no way in which rate hikes alone will solve the inflation problem if governments continue to spend new currency as nothing has changed.

The current path of normalization means that the burden of tightening will be fully paid by families and small businesses while government size continues to expand in the economy, and that means less growth, more taxes and probably more persistent inflation for longer.