The Queen has made a surprise visit to Paddington Station to see the completed Elizabeth line.

Using a walking stick, the Queen smiled as she met staff who have been key to the project. 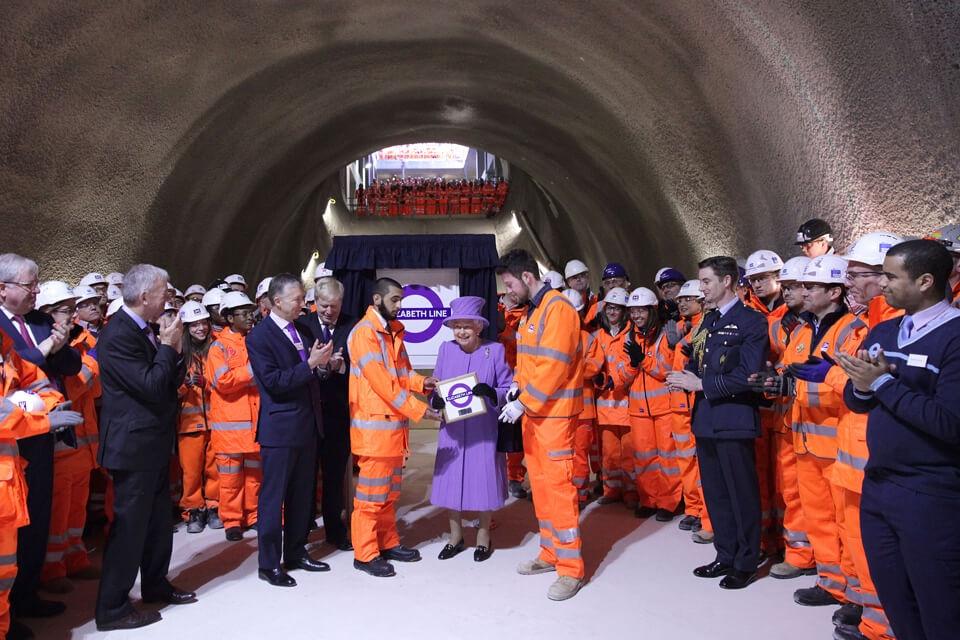 Transport for London (TfL) has announced the delayed Crossrail project will open to the public on 24 May.

Ahead of the opening, the 96-year-old joined her youngest son the Earl of Wessex for the official visit.The longest reigning head of state is just over two weeks away from her Platinum Jubilee celebratory weekend to celebrate 70 years as monarch.

It was a rare public engagement for the 96-year-old monarch, who missed the state opening of parliament last week.

The Queen and Earl of Wessex unveiled a plaque to mark the completion of London's Crossrail project.

They met staff who have been key to the project, formerly known as Crossrail, and those who will run the railway, including train drivers, station staff and apprentices.

Queen Opens the Crossrail and Receives an Oyster Card 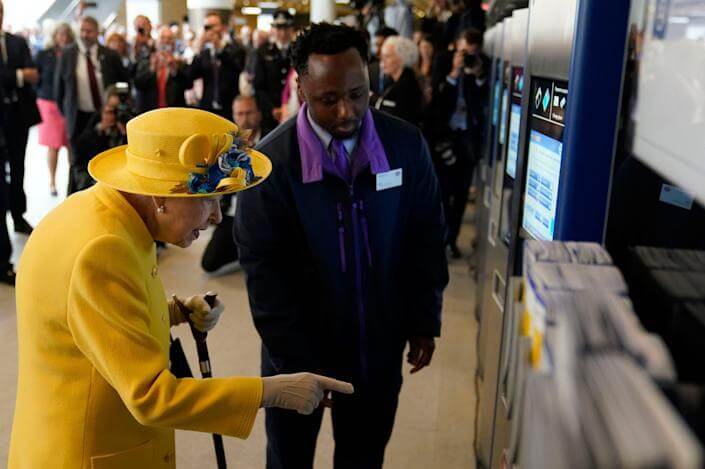 Kofi Duah, an Elizabeth line customer experience assistant, said he was “thrilled” to present an Oyster card to the Queen and show her how it could be topped up on a machine.

Unveiling a plaque stating she had "officially opened" the Elizabeth line, named in her honour, the monarch spent 10 minutes in the station before departing, escorted by Prince Edward.

TfL says the Elizabeth line will boost capacity and cut journey times for travel across the capital.It stretches from Reading, in Berkshire, and Heathrow Airport, in west London, to Shenfield, in Essex, and Abbey Wood, in south-east London.
Travel times between Liverpool Street and Woolwich are also set to be halved to 15 minutes.A trip between Farringdon and Canary Wharf, which currently takes 24 minutes, will take 10.
However, passengers wishing to travel the length of the line will still need to change at Paddington or Liverpool Street stations, depending on their destination, until next year.Although a special service will be in place for the Platinum Jubilee weekend from 2-5 June, TfL said trains would not initially run on Sundays "to allow a series of testing and software updates".
Trains will initially operate in three sections, which are expected to be integrated in the autumn.