The Secret Behind Singapore's Success

The Secret Behind Singapore's Success

Singapore is one of the best places to be born in and to live in.

A great location, honest government and lots of foreign trade helped transform this tiny state into a regional powerhouse. Quite amazingly, a society destined to fail in 1965 has become one of the world’s greatest success stories. So how did Singapore become a success story? 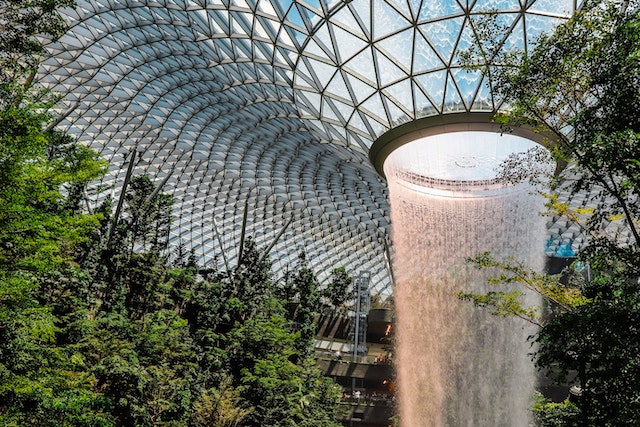 Singapore has witnessed a spectacular sucess during this last decade.

When Singapore was expelled from Malaysia in 1965 and thrust into an unwanted independence, it was a typical "third world" country. Fast forwards, the country’s per capita income has shot from $500 to $55,000 today, the largest increase any newly independent nation has enjoyed. This spectacular economic success story of Singapore is clearly amazing. The country’s first prime minister, the late Lee Kuan Yew is credited with transforming it. Singapore's success is due to three exceptional policies which are a meritocracy, pragmatism and honesty.

Some of the most talented people in the world, including Americans and Europeans, are giving up their citizenship to become Singapore citizens. Singapore’s GDP is also soaring due to the continuous increases in the investment sector. Also noteworthy to state that The country's Minister of Transport is confident that aerial transport will be a means of urban mobility by 2030. Flying taxis are not a new concept. Airbus plans to test a prototype of its autopilot flying taxi by the end of the year.

Singapore is the world's fourth-largest financial center and the only Asian country to have a AAA credit rating from Standard & Poor's, Moody's and Fitch Ratings. In just half a century, Singaporeans have become some of the wealthiest people in the world with the highest number of millionaires per capita in Asia. It's also one of the world's most liveable cities, rated as the greenest in Asia, despite having around 5.5 million people living in an area of just 750 square kilometres.

The bedrock of Singapore’s success over the past 50 years lies in the Republic’s determination to be a multiracial society, the culture of self-reliance and mutual support, and the faith maintained between the government and its people. The deep bond has been developed thanks to a mutual trust where citizens expect their government to perform by putting their interests at heart.  Can the Singapore success story last another 50 years?

As a developed nation, Singapore continues to offer a competitive advantage for business that few others in the region can offer, including lower corporate tax rates, infrastructure and transparency. While local mainstream media remains tightly controlled, the inevitable rise of social media means Singaporeans are increasing able to voice their opinions. The country is in a valuable position as a bridge between the West and China. It's a great place to be based, and it has good relationships with China.

In addition, the level of Mandarin has increased in past 30 years. Singapore’s government has placed a strong emphasis on mathematics, technology and science education in order to prepare a skilled workforce for its industrialisation efforts. The country has consistently ranked among the best in mathematics and science focusing on mastery, not just learning for a test. Singapore's investment in knowledge is the most powerful weapon the country relies on to reach new heights.