DACA, CHIP, and Diet: Should Kids Be the Pawns of Our Politics?

DACA, CHIP, and Diet: Should Kids Be the Pawns of Our Politics? 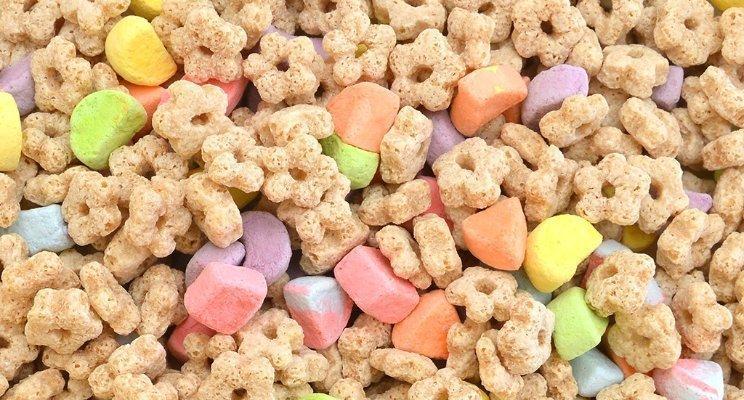 And they are very much in the spotlight, or should be, at this time of division and political rancor in our country. As we emerge temporarily from a government shutdown, at least two policy matters pertaining to the well-being of young people are salient in the partisan discord. There is a third policy item less directly related to the feud over government funding, but comparably divisive and as pertinent to the health of our children. The items in question are the fate of DACA (Deferred Action for Childhood Arrivals, often referred to as “Dreamers”); the fate of CHIP (Children’s Health Insurance Program); and the fate of school nutrition and the Healthy Hunger-Free Kids Act.

These three concurrent threats to young people in the U.S. concern me deeply as a public health physician, a preventive medicine specialist, and a father. As a public health practitioner, I believe fervently that the best way to predict the future is to create it. If we abandon the health and well-being of our children as a shared policy imperative, we may reliably predict a future in which one out of every two or three of our sons and daughters grows up to be diabetic; in which ever more dangerous drugs are taken for ever more versions of chronic pain; and in which the burdens of both physical and mental maladies grow ever more onerous.

As a preventive medicine specialist, I think- as we are trained to do- of the space mission analogy. An early correction to a flight deviation puts the mission right back on course. The same deviation, neglected until later, puts the vessel irrevocably in the wrong part of the galaxy. The course of health over a lifetime, and its response to corrective measures, are much the same.

As a father, the recognition of vulnerability in children, and the requirements of parental responsibility and decency have always demanded that the protection of children figure among the greatest of priorities. I know few parents who feel otherwise.

And yet, we have allowed CHIP, which gives some 9 million children access to healthcare, to devolve into a political football.  The dire truth is that such a game, which thankfully the right side appears to be winning, could literally cost a child with life-threatening cancer the salvation of access to chemotherapy. What decent population even considers such a thing?

DACA may superficially seem less directly related to public health, but that’s almost certainly deceptive. Deporting adults brought as children to the only country and culture they have ever known is rather like fining the victims of muggings for their involvement in a crime. Such an addition of insult to injury, or perhaps injury to prior injury, can only induce bewilderment, disillusionment, and a sense of betrayal. For individuals, the mental health costs of such toxic exposures is predictably high. So, too, is the cost for society, which is fomenting the kind of divisiveness, alienation and anger that figure in acts of vengeful desperation.

In comparison, the last of my three- school nutrition- may seem the least, but that, too, is deceptive. The fundamental importance of food to the lifelong health of children cannot be overstated, and is recognized as a medical priority at the highest levels of the profession. Food is, literally, the construction material from which the growing bodies of our children are built. All manner of “junk” is a very dubious choice.

Ostensibly, reversal of the trend to improve school nutrition standards represents opposition to regulation and the threat of the “nanny state.” Believe that, however, only if you believe that the removal of lifeguards and warning signs about rip currents from beaches would be the same. Why not just rely on personal responsibility to prevent drowning?

Even with willful improvements, school nutrition standards in which tomato sauce qualifies a slice of pizza as a serving of vegetables, are very marginal at best. Absent a commitment to their improvement, school nutrition standards perfectly reflect the priorities of a culture that runs on Dunkin, peddles multicolored marshmallows to children as part of a complete breakfast, and seems inclined to let 40% or more of the next generation of adults develop diabetes in the service of corporate profits.

I have long lamented our seeming cultural blind spot where the health of children resides. We clearly care deeply about the ever rising prevalence of type 2 diabetes and obesity in children, yet seem oblivious to the role of a society that has quite literally created a food supply of willfully addictive junk foods. Where is the outrage?

We talk ever more about sitting as the new smoking, yet blithely jettison ever more recess and physical education from the standard school day. We wind up sending kids to school where they sit all day until they grow up into adults we can’t get off couches with crowbars. And if the native rambunctiousness of childhood proves problematic as a result, we have a diagnosis, and medication for that.

I love my own (now grown) children more than I can say, and know that all parents feel the same. This is the one crusade- defense of the best possible destinies for these kids we love- that should rise above all partisan rancor, or ideological divisions. In this, we are all the same- all, just loving parents. The expression of that love in our policies may be the best measure of our humanity, and is the metric by which history, and perhaps our own grandchildren, will judge us.

Let’s act accordingly, and make the well being of our young people a constant priority, across the political spectrum, administration to administration, generation to generation, and from sea to shining sea. Parenting should come before politics.