Is Someone With an IQ of 130 Typically Aware That They Have Gifted Intelligence?

Is Someone With an IQ of 130 Typically Aware That They Have Gifted Intelligence? There are several potential answers to this question.

In general, most intelligence tests focus primarily on the degree of literacy and communication skills and on analytic or mathematical skills. However, psychologists increasingly recognize that there are a fairly large spectrum of intelligences beyond this, including kinesthetic intelligence, musical aptitude, situational awareness, imagination, social intelligence, mechanical aptitude, artistic aptitude, and so forth, and that people tend to have strengths or weaknesses in these that balance out on average. Some of these tend to be correlated - many mathematicians and theoretical physicists have strong musical aptitude as well, especially in composing music, and imagination and strong linguistic skills usually tend to be correlated as well.

Given that, and assuming that you’re also talking about an intelligence bell curve distribution (what a statistician would call a Normal or Gaussian curve), it’s probably easier to talk about standard deviations from the norm for each of those intelligences. That is to say, if you tested 10,000 people for musical aptitude, you’d find a mean value that represents the average for the population in that space (50% of the population is above this mean value, 50% is below). So at one standard deviation (or 1 sigma) above mean, 84.1% of the population will be below that level, and 15.9% will be above that level: 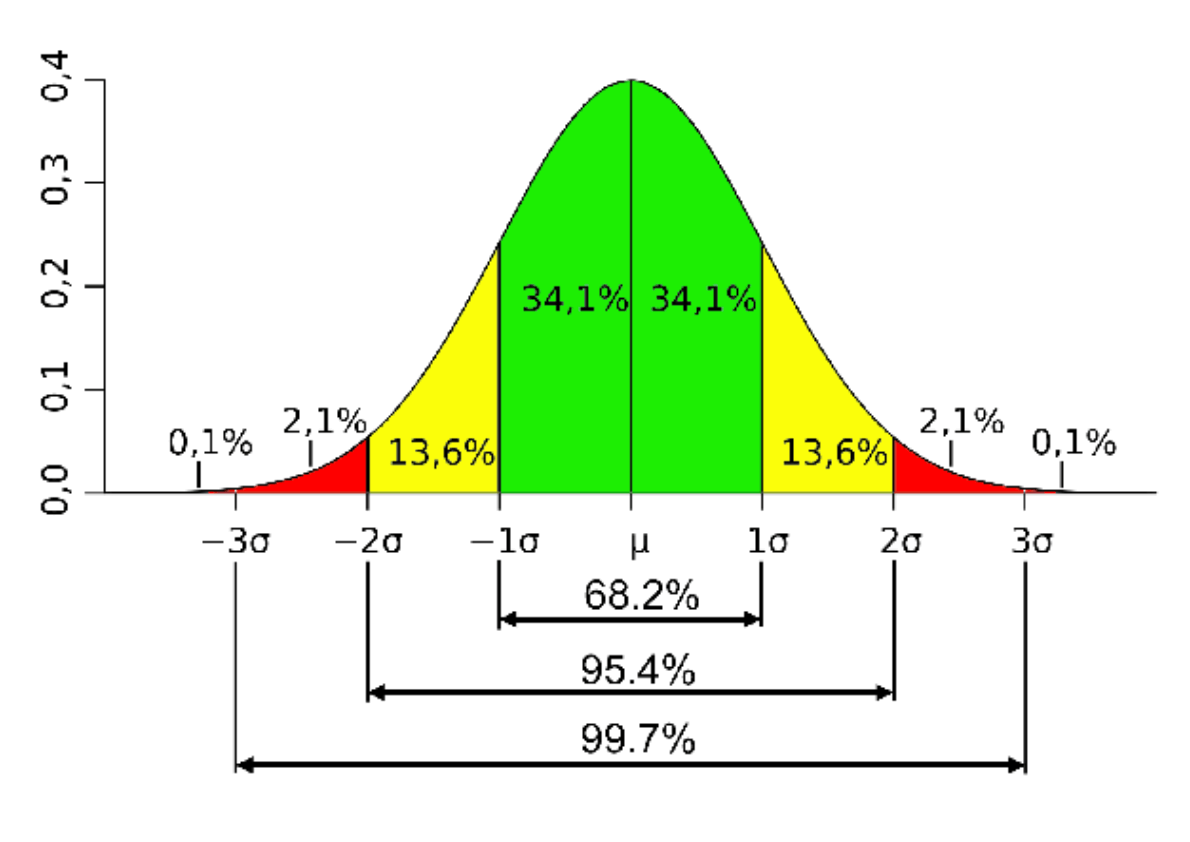 Intelligence is not a measure of what you know, but rather the degree of plasticity in the brain. Put another way, it gives you an idea about how much work a person would need to exert to learn something in their particular domain. When the brain is not particularly plastic, learning becomes harder, it takes longer to master things, and your awareness of what you don’t know is much lower. Such people tend to be dogmatic thinkers - they learn a particular dogma, then when anything challenges that dogma, they refuse to make the effort to learn. They also believe that they are more competent than they actually are.

On the other side of things, people with brains that have higher plasticity often gain a sufficient amount of awareness to understand what they don’t know, and as a consequence usually are much more tentative about their knowledge, even when it is considerably higher than it is for the ones with high confidence but little competence. Additionally, the more that is known, the more precise one’s language becomes in order to discuss nuances, precision which is often seen as uncertainty by those who lack the knowledge necessary to have a reasonable perspective. This is Dunning-Krueger in a nutshell.

Note that people tend to congregate with other people that have roughly the same degree of intelligence, which is another factor in perception about intelligence. If you take a sample of 10,000 people around a major university, then it’s actually pretty likely that you will find as many as 1000 people with advanced degrees, but this is not a random sample. In that kind of environment, not having a PhD would still be more normal than not, but because the sample population is skewed dramatically, the yardstick is very different, and that can also impact perception.

This is exactly the same phenomenon as with wealth. If you live in Beverly Hills, CA, you and your neighbors are likely to both be very wealthy, but if you sampled 10,000 people in the greater Los Angeles area, most of the people sampled will be nowhere near as wealthy as you. That bias tends to insulate people from how people who are not at the far end of the spectrum are likely to believe or behave.

On the flip side of this, by definition, in a large enough random sample, half of the people chosen will be below average. Again, because of congregational factors, such people usually tend to live in proximity to one another. Now, it’s worth noting that IQ on the negative side is also difficult to assess, because the standard tests fail in a number of ways. If you are illiterate, you may actually have a fairly high degree of intelligence, but because you never learned to read, you can’t take the tests (and may actually avoid being put into situations where you have to take them). Similarly, if you never learned the foundations of mathematics, you will likely not do well on standardized tests for determining analytical ability, because you missed out on certain key information that everything builds on.

This is also true at the upper end. You may be a brilliant composer, but how do you test for musical intelligence or artistic perception? You may be a fantastic strategist, but again, the testing usually comes from evaluating a person’s output over their whole career.

This is one of the main reasons why the focus on IQ, or even intelligence as some kind of measure of a person’s worth to society, is such a fool’s errand. We all have strengths and weaknesses. It is what we do with them that makes the difference in the long run.