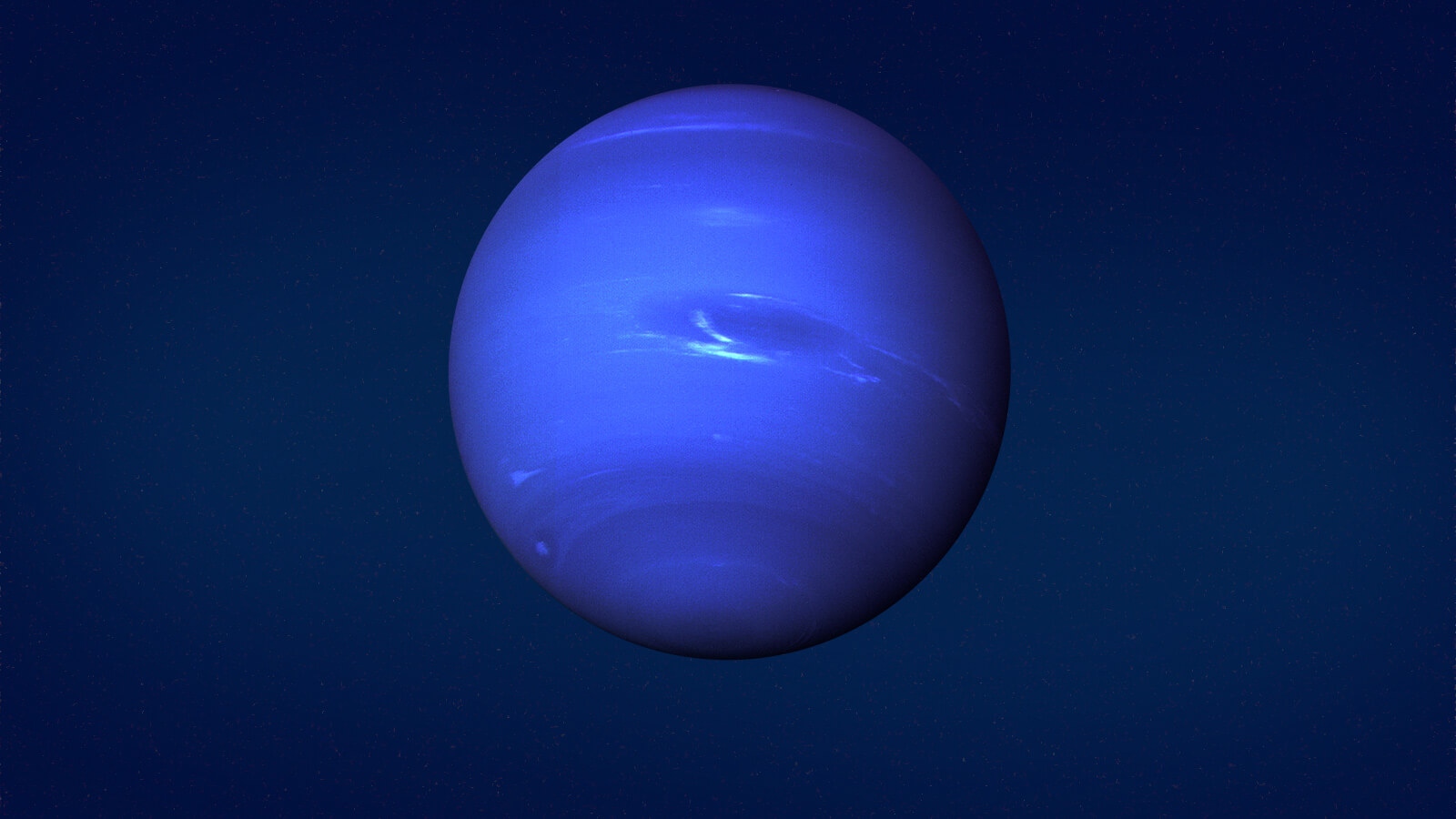 The planet's stratosphere unexpectedly dropped by 14°F between 2003 and 2018. But from 2018 to 2020, the stratosphere at the south pole warmed by 20°F. Researchers are currently unsure what is causing these temperature changes.

Neptune is the eighth and farthest-known Solar planet from the Sun. In the Solar System, it is the fourth-largest planet by diameter, the third-most-massive planet, and the densest giant planet. It is 17 times the mass of Earth, and slightly more massive than its near-twin Uranus. Neptune is denser and physically smaller than Uranus because its greater mass causes more gravitational compression of its atmosphere.

Based on observations covering the past 17 years the scientists detected a consistent drop in the planet's temperature which has suddenly been interrupted by dramatic warming at its south pole.

Neptune is not visible to the unaided eye and is the only planet in the Solar System found by mathematical prediction rather than by empirical observation.

Thermal-infrared images taken between 2003 and 2018 show the planet cooling by about eight degrees Celsius - until, at the end of that cycle, the temperature at its south pole shot up by about 11 degrees Celsius. Neptune had been getting colder and colder - until recently. Pic: University of Leicester

Neptune's atmosphere makes it a baffling planet in many ways.

Being composed primarily of gases and liquids, Neptune has no well-defined "solid surface."

A few years ago scientists spotted a curious dark storm there abruptly reversing its direction, something that had never been observed before.

It is a very different planet to its interior gas giant neighbour Uranus, which has no obvious weather patterns at all.

This change was unexpected. Since we have been observing Neptune during its early southern summer, we expected temperatures to be slowly growing warmer, not colder.

Lead study author Dr Michael Roman, a postdoctoral research associate at the University of Leicester, on the new temperature discoveries.

Neptune is roughly 17 times larger than Earth, but its distance from the sun and axial tilt means a single year on Neptune takes more than 165 years on Earth, and its seasons last four decades each. The data collected covered less than half of a Neptune season, so no one was expecting to see large and rapid changes.

Dr Glenn Orton, one of the study's co-authors

The cause of these unexpected temperature changes is currently unknown.

Temperature variations may be related to seasonal changes in Neptune's atmospheric chemistry, which can alter how effectively the atmosphere cools. But random variability in weather patterns or even a response to the 11-year solar activity cycle may also have an effect. Thermal images of the planet Neptune taken between 2006 and 2020

The 11-year solar cycle - which is marked by periodic variation in the sun's activity and sunspots - has been previously suggested to affect Neptune's visible brightness.

Neptune orbits the Sun once every 164.8 years at an average distance of 30.1 AU.

The new study, published in the Planetary Science Journal, reveals a tentative correlation between the solar activity, stratospheric temperatures, and the number of bright clouds seen on Neptune.

Observation of Neptune in the radio-frequency band shows that it is a source of both continuous emission and irregular bursts.