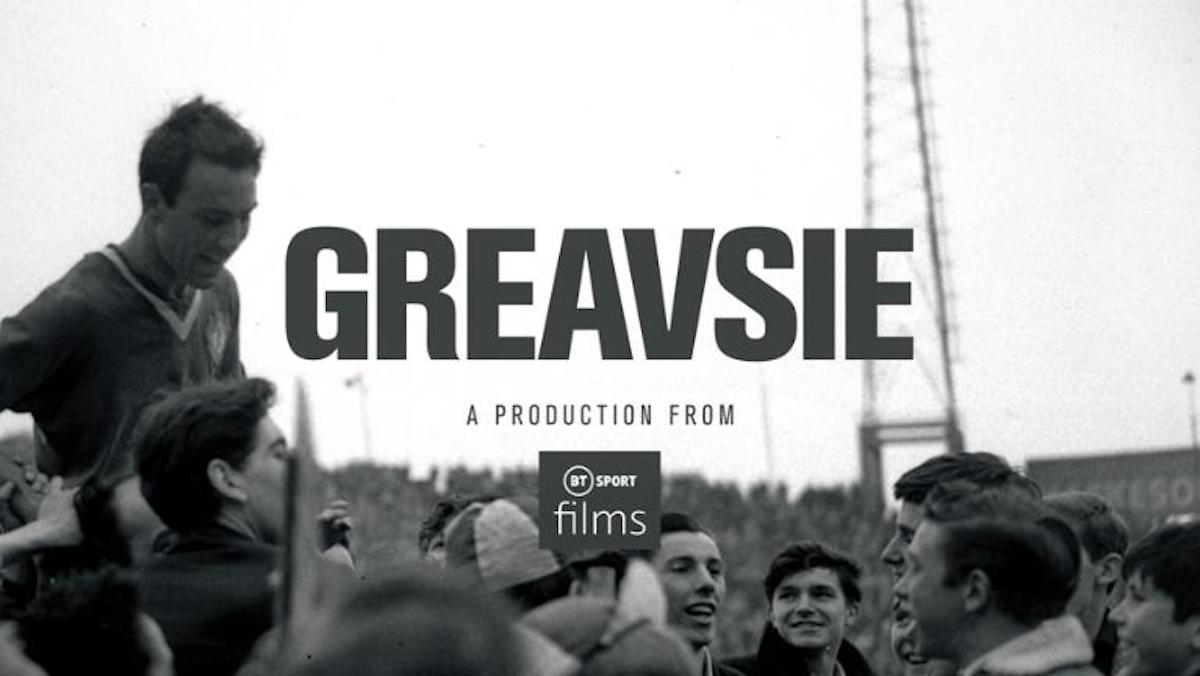 As a journalist, I’ve had the distinct pleasure of interviewing any number of fascinating athletes, players who are idols to millions, including: NBA MVPs like Kobe, Shaq and Kevin Garnett, NFL stars Tom Brady and Peyton Manning, and NHL legends like Wayne Gretzky; along with superstars turned pundits such as Troy Aikman, and Terry Bradshaw, and tennis’ John McEnroe, among dozens of others.

They were all great—attentive, thoughtful, and funny. Like, after agreeing to sign a headshot for my mother, McEnroe “played” up to his former bad boy image and quipped, “Should I spit on it, first?” He didn’t. Funny guy!

But, the athlete who I personally idolized as a kid growing up in Wales, turns 80 on February 20, the same day that an awesome new biography produced by BT Sport Films called “Greavsie” is released. 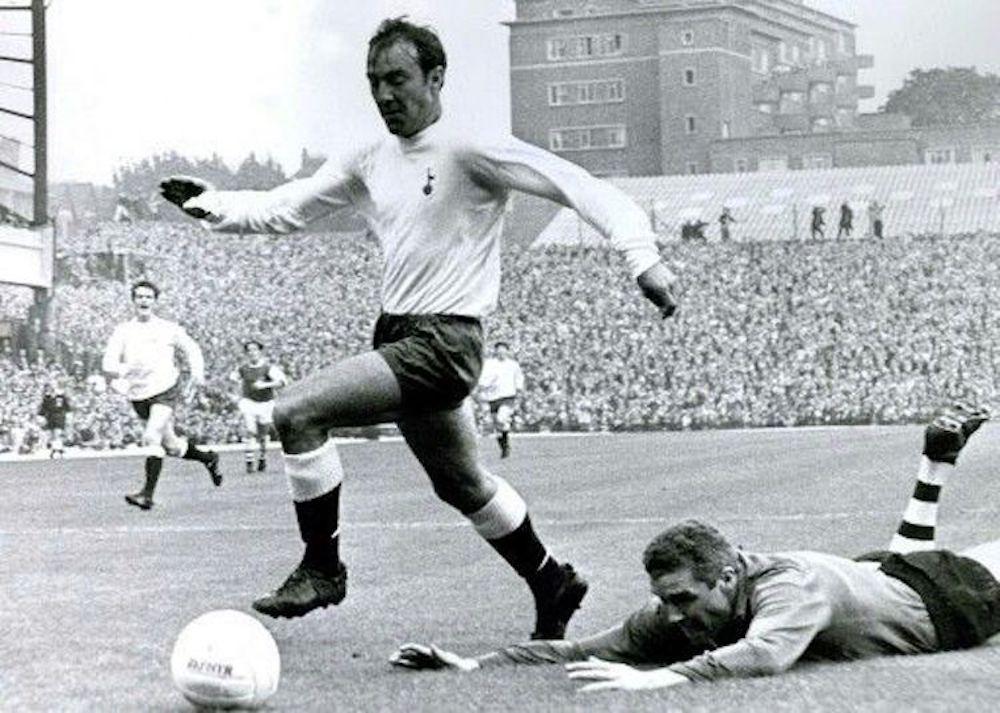 London-born Jimmy Greaves is arguably the greatest finisher in English football history, scoring 357 goals—with nobody coming close to his record (not Alan Shearer, Wayne Rooney or Gary Lineker) for goals at the top level of English football. And, this documentary tells the “tale of the rise, fall and re-birth of one of England’s greatest strikers” with rarely seen archive footage and interviews with some of the game’s biggest names. On-camera, many, like Sir Geoff Hurst who scored a hattrick to inspire England to win the World Cup in 1966, simply call him “a genius in the art of scoring goals.” And, a former teammate, Alan Mullery adds, “He was the best of his time, just like Lionel Messi in the modern day.”

I met Greasvie, who had a mischievous twinkle in his eye that my mum adored, as a nipper when his England national team came to play Wales, and I got his autograph outside Cardiff’s Ninian Park. A couple of years later in Toronto, when his Spurs club team were playing Rangers in a friendly, Greavsie obliged with a hattrick, and then a photo with me and another autograph. Boy, was I pround! 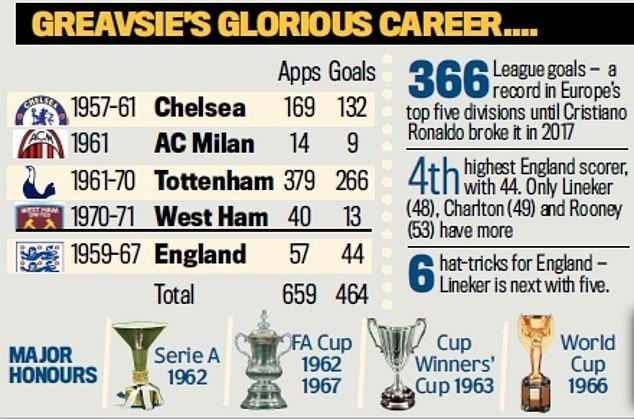 Greavsie, who would score goals with his head or either foot, on icy or sloppy fields, was just born to score goals, and he did so for every club he represented, including nine in a short stint for Milan in Italy’s Serie A.

Football was very different back then with players not making the millions they make monthly, so they were closer to the everyday fans. The documentary reports that Greavsie loved football for the game it was and valued the link to supporters. Spurs manager Bill Nicholson encouraged his players to spend time with fans and they would drink after games at local pubs on Tottenham High Road. Graeme Rudge, one of my ex-pat pals and co-founder of LA Spurs, along with Rolfe Jones, says stories still circulate at the Bell and Hare about Greavsie’s presence.

After retiring from football too early and then going through his own personal hell including a bout of alcoholism, Greavsie returned and “reinvented himself and forged a career on TV, first as a strident pundit and then, in tandem with Liverpool and Scotland striker Ian St John, capturing the hearts of a new generation of football lovers with the Saint and Greavsie show.” 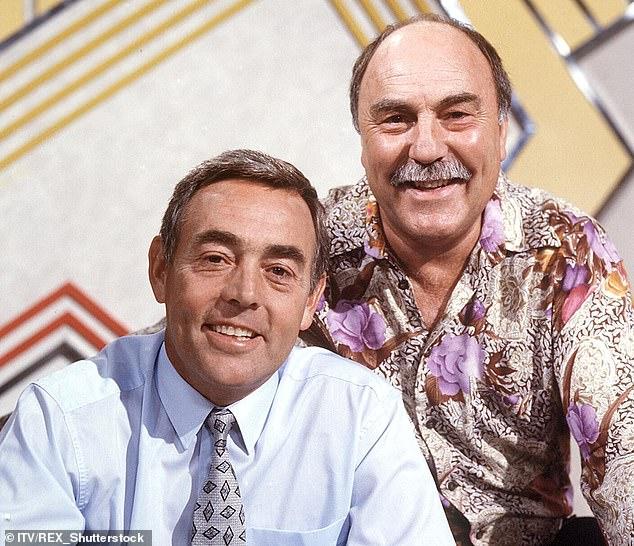 Former England striker and now Match of the Day and BT Sport anchor Gary Lineker says: “Jimmy was perhaps the first football star of TV...Football can be a bit overly serious at times, but we’ve got to remember...it’s entertainment and it’s there to be enjoyed and I think Jimmy encapsulated that perfectly. That’s something I’ve tried to take into my television career. It’s important to have light and shade and Jimmy did it perfectly.”

Veteran journalist and author Norman Giller collaborated on 20 books with Greavsie with the author recalling: “The most important collaboration was the first in 1978 when he started to beat the bottle. It was called ‘This One’s On Me,’ in which he was brutally honest in describing how he had hit rock bottom.”

Giller recently interviewed a few Spurs legends at the premier of this awesome BT film. He quotes Spurs Welsh wizard Cliff Jones as saying of Greaves: “Simply the greatest British goal scorer there has ever been,’ he said without hesitation. ‘As good as Messi, and could Lionel have done it on the mud heap pitches on which we played and with defenders like Chopper Harris and Bites-Yer-Legs Hunter allowed to kick you from behind?”

Giller also quotes Glenn ‘the god” Hoddle, one of Tottenham’s legendary playmakers, who told him: “As a mate of Jimmy’s for more than 50 years, I am also proud to play a part in the BT tribute to mark the great man’s upcoming 80th birthday on February 20. It is an emotional rollercoaster and includes many of his greatest goals and footage that will make you laugh, cry, cheer and groan. It’s a masterpiece by producer/director Tom Boswell and his BT crew.”

Super agent Terry Baker, who has known Greavsie for yonks through his booking agency, A1 Sporting Speakers, says of the BT movie: “Basically, I gave the go ahead to allow BT Sport the right to make this film, because Jimmy deserves to be remembered and because Tom Boswell has done a great job making it. ‘Greavsie’ is a great watch about a great man—my lifetime hero and my great, great friend. See the only live showing of the film with us in Stevenage on Jimmy’s 80th birthday February 20.”

One more thing that would make our hero’s day—Baker, Giller and Greavsie’s family have been pushing for him to earn a knighthood for his services to football. In fact, the Daily Mail/Sportsmail has launched a campaign for his achievements to be honoured. And, Sir Geoff Hurst concurs, saying, “He deserves recognition at this time in his life. As much for his family and friends and fans as for himself. I fully support the Mail campaign.”

Fingers crossed that the football gods look down favourably on the campaign. And, why not? As Greavsie and Giller have often said, and millions agree, “it is a funny old game”—extraordinarily so.

Check out A1 Sporting Speakers for more information on the live showing of the BT movie; listen to Norman Giller’s personal tribute in song to his longtime pal Greavsie; and, here’s more information on BT Sport Film’s “Greavsie.”You can also check Football Index Review to buy shares in football players.