Is Rachel Maddow An Unbiased Journalist?

Is Rachel Maddow An Unbiased Journalist? 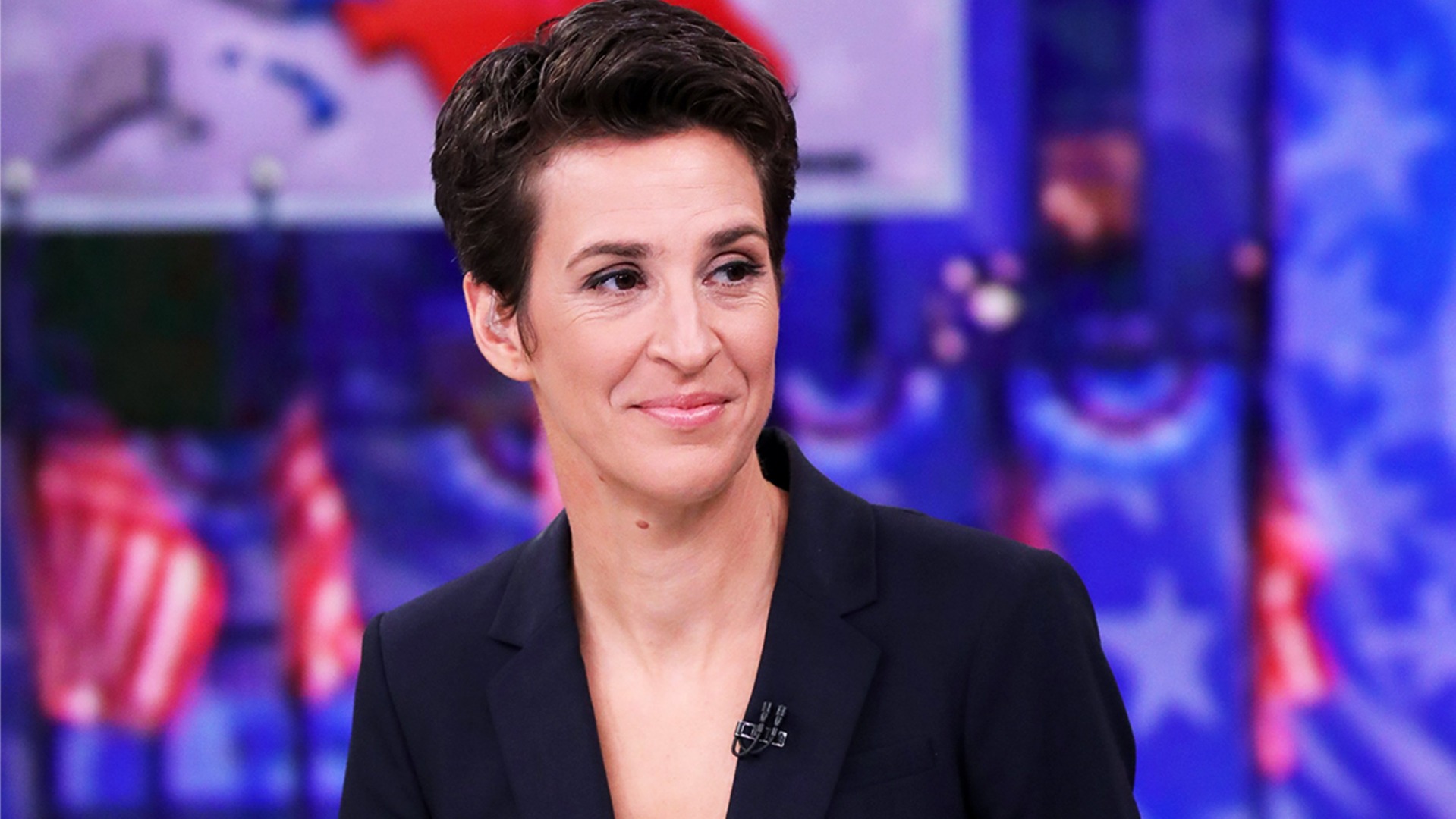 Journalistic objectivity requires that a journalist do not take a side of an argument.

A journalist must only report facts and not mention a personal position toward facts.

I’ve been a journalist and blogger for the better part of three decades now. One thing that I’ve learned over that time is that what we consider news is very subjective. Is a story worth covering? Is it newsworthy? A news item can be a straight recitation of the “perceived” facts of an event, but these are, by themselves, fairly dull. A journalist brings context to a story - why it should be important to the reader or viewer, what are the implications for the story, and significantly, what audience is intended to be reached.

As an online journalist, I get paid both by the number of articles I write as well as by the number of views that I get, which usually ranges between 5000 and 10,000 articles. Occasionally I hit it out of the park and get into hundreds of thousands of hits, and eat very well that month, but I’m in exactly the same kind of ratings game as Rachel Maddow, if not quite at her audience level.

In reportage, there is a constant struggle between trying to remain unbiased and popularity. A truly unbiased reporter places no value judgment on the actions or implications, performs no analysis on the topic at hand, and views all points of view as being equally valid.

However, in reality, not all viewpoints are equally valid. The perspective of a serial rapist may be both fascinating and disturbing, but presenting it as a valid perspective is irresponsible. Why? Because journalism has a validating effect - it legitimizes perspectives on the basis of the authority of the journalist and their parent publishers/broadcasters. Indeed, most times, when I hear “but this journalist is biased”, it typically means that the journalist is presenting (and hence legitimizing) a viewpoint different from that of the reader/viewer.

Thus, one of the other metrics that becomes as important is the degree of accuracy of both the reported facts and the interpretations given by the journalist. When you misrepresent the facts (i.e., lie about them) you are in essence creating propaganda, and working on the assumption that your facts will drown out what actually happened. This would be like saying that a given person made a statement in complete contradiction to what they did say.

Now, the problem with news of any sort is that no one is truly omniscient - no journalist can always hope to be there when a newsworthy event occurs, so there’s always a certain degree of fabrication that occurs when most stories are written. A conscientious journalist makes sure to get as many different perspectives as possible in that case in order to create a consensus view of what actually took place, and when possible provides indicators specifying how trustworthy that interpretation is. In other words, a good reporter must also be a good analyst and researcher (one reason many reporters often retire as historians).

When a journalist fails to create a documentable chain of authority, fails to diversify their sources, or worse, plain out lies, then, in an ideal world, they’d be stripped of their soapbox. However, in practice, there are always people and organizations that will pay good money to not only reach a certain audience but in particular to legitimize a particular viewpoint as being trustworthy, regardless of whether it is or not. This is why advertisers love celebrity endorsements, why journalists often get access to events and products that most people don’t without paying for it, and why you-tubers can always get their hands on pre-releases of games or similar products in exchange for doing play-throughs.

Now, with all that as context, I admire Rachel Maddow a great deal as a journalist. She is a Pulitzer recipient and has been granted both the Edward R Murrow Award and the Walter Cronkite Award for Journalism, so her peers in general also recognize that fact. She is also a gifted storyteller, able to weave together the disparate pieces of an emerging series of events into a single cohesive narrative, but she does so with the facts that are known to her, and those assertions are astonishingly well researched. She also has a PhD in History, meaning that she has a historian’s perspective for the news that many of her more blow-dried contemporaries don’t.

She has (and will admit that she has) a liberal bias in her reportage, yet for all of that, she was not afraid to be critical of Barack Obama or Democrats when they did something that was both newsworthy and unethical. She has, because of the amount of research that she’s done, been meticulous about connecting the dots about the involvement of Donal Trump in an intricate web of dubious dealings, among them, his involvement with Russian (and Saudi Arabian and Israeli) oligarchs that may have made him a compromised asset. Not surprisingly, fans of Trump have dutifully done everything in their power to tar Maddow and delegitimize her as a journalistic authority.

Most recently, The Rachel Maddow show took a dip in ratings (a fairly small one, not the disastrous slide that Fox and other propaganda channels have claimed) after Attorney General William Barr claimed that the Mueller report cleared Trump of any wrong-doing - after only releasing a four-page gloss of the report. Significantly, no doubt after copies of the report have made their way through the back channels to key representatives, the tone of the administration has shifted to one of attempting to bury the report. Rachel, not surprisingly, has seen a resurgence in ratings as a consequence … even without the report itself having been made public yet.

This is another mark of a great journalist. Journalism is a risky profession, as Jamal Khashoggi found out when he was tortured and murdered at the behest of a Saudi prince. I have no doubt that Maddow regularly receives death threats, and not all from extremist crazies. Talking truth to power is dangerous, but is one of the reasons that Freedom of the Press is one of the most protected rights in the Bill of Rights.

My expectation is that, when the dust finally settles, and the historians are writing the colorful story of the presidency of Donald Trump, those same historians will place Rachel Maddow in a role similar to that of Edward R. Murrow to Senator Joseph McCarthy or Bob Woodward and Carl Bernstein to Richard Nixon: by her diligence, bravery and persistence, she’ll have brought down a powerful rogue politician, not because they were biased, but because they were dedicated to the idea that one of the key roles of the press is to act as a watchdog on the abuse of power.

View all
Blockchain Interoperability: The Next Hurdle To Global Blockchain Adoption
The Real Signs Of Midlife Crisis & What To Do About Them As A Leader
The Three Pillars of Modernisation
The Best Ways Marketers Can Overcome the Coronavirus Challenge
Everything You Need To Know About Workers’ Compensation In One Place
3 Proven Ways To Be More Persistent In Leadership
Design Thinking, Exponential Thinking and Abundance Mindset - A Trifecta For Smart City Ecosystems
Brian Sheth Joins Leonardo DiCaprio and Other Environmental Activists to Preserve Galápagos Islands
How 'Green IT'​ Can Make Smart Cities Sustainable
TchaoMegot: From Cigarette Butts to Jackets
6 Ways Households Can Be More Environmentally Friendly
Energy Crisis: UK Government Sets Aside £1.7bn to Help Energy Firm Bulb After Collapse
3 Important Things to Know about Bitcoin & Blockchain
Joey Feste’s Financial Advising Career Will Leave a Lasting Legacy
What Regulations Are There For Using E-money? Find Out Here
14 Do's and Don'ts of Creating Real Estate Brochure Templates
Bookkeeping 101: What You Need To Make A Great Career Out Of It
Will Blockchain Finally Deliver as Promised or Will it Be Just Another Overhyped Technology?
China’s Growing Role in International Financial Flows
Lessons from a Half-Century of US Industrial Policies
China-US Trade: Some Patterns Since 1990
Some Economics of Place Effects
Forks: A Story of Technological Diffusion
An Economist Chews over Thanksgiving
Money versus Currency: How Governments Steal Wealth
Eric Zemmour Officially Announces His Candidacy For French Presidency
Caribbean Island Nation Barbados Becomes a Republic
Using AI to Predict Social Unrest and Geopolitical Events in a Volatile Region
OPEC Is Not The Only Solution To High Oil Prices
If Almost Every Government in the World is in Debt, Then How Does Debt Even Matter?
Big Data, IoT and Blockchain are Reshaping Dentistry
Smart Implants Have a Bone to Pick with Regular Implants
The New World of Digital Healthcare and Mobile Healthcare Apps
The Omicron Variant: What Matters Most Is Does It Make People Sick?
UK Purchases Extra 114M Covid-19 Vaccines To Prevent Omicron
Reflecting on Future Oncology’s Plain Language Summary of the ARAMIS Study for European Prostate Cancer Awareness Day
Unleash Your Hidden Genius: 10 Great Ways To Boost Your Creativity
8 Trendy Sunglasses For Unisex Styling
Reasons Why HIPAA Compliance Training is Very Important
Building a Healthier Lifestyle and Workplace During Covid-19
Why Do People Resist Change?
How To Choose The Perfect Name For Your Business
The Coming AI Singularity in 2050: How to Survive and Thrive in the Trans-Human Era
Which Jobs Will Likely Be Replaced by Robots?
The State of Artificial Intelligence
How Artificial Intelligence is Reducing Baggage Mishandling
The Future Of Last-Mile Logistics: Delivery Robots Or Drones?
Intel Innovation Delivers Shared Ecosystem Value! Developer First, Power of Partnership and Scaling AI Everywhere

Unleash Your Hidden Genius: 10 Great Ways To Boost Your Creativity
Blockchain Interoperability: The Next Hurdle To Global Blockchain Adoption
3 Important Things to Know about Bitcoin & Blockchain
Joey Feste’s Financial Advising Career Will Leave a Lasting Legacy
The Coming AI Singularity in 2050: How to Survive and Thrive in the Trans-Human Era