Machina Sapiens vs. Human Sapiens: Why Is Elon Musk After Humanoid Robots Despite Fearing the Dark Side of Artificial Intelligence?

Machina Sapiens vs. Human Sapiens: Why Is Elon Musk After Humanoid Robots Despite Fearing the Dark Side of Artificial Intelligence?

The Tesla CEO knows deep inside that we are still far away from a super artificial intelligence takeover that's why his company is working on humanoid robots.

Elon Musk wants to revolutionize the world by introducing Tesla Bots next year. The Tesla AI Day generated a lot of attention by bringing an actor who played a humanoid robot.

In order to generate more hype, Elon Musk, surprised the world by promising to produce a Tesla humanoid robot next year. 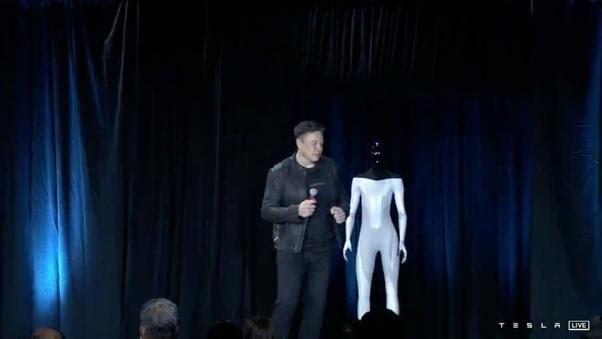 Many started questioning themselves, why Musk is after humanoid robots while being deeply scared of artificial intelligence (AI).

A moralizer could suggest that it is all about money, power and fame, a troika of wild horses driving our nature. And we usually say one thing, while doing something different. This is generally in human nature.

CNBC claims that the Tesla Bot is an example of Musk’s showmanship, in which he announces that Tesla is working on exciting products scheduled for years into the future to energize backers including employees, customers, and investors.

Often, those announcements don’t happen on the timeline predicted.

For instance, during an ‘Autonomy Day” event in Apr. 2019, Musk said the company would have 1 million autonomous “robotaxis” on the road in 2020. Those robotaxis are nowhere to be seen.

In October 2016, Musk held an event at Universal Studios’ backlot in Los Angeles to show off a product he called the Solar Roof. The solar roof tiles on display turned out to be merely conceptual.

A forward-looking techno-businessman might think that it is a smart move; for the emerging market of humanoid robots could be domineering in the fast emerging Narrow AI/ML/DL/Robotics Industry.

Let me remind you, “robotics develops machines that can substitute for humans and replicate human actions”, integrating computer science and engineering. And a robot is a programmable machine capable of carrying out a complex series of actions automatically, cost-effectively replacing human labor of any complexity.

In a sense, we are talking about artificial human beings or digital humans or non-organic human-like creatures, such as Machina Sapiens: 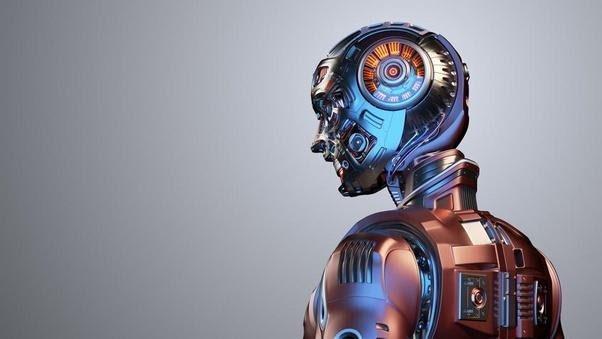 Technical advancements in efficient, human-replacing and cost-effective robot models. ML/DL/ANN algorithms and high demand from military and defence, healthcare industry, and growing trend for automation of big industries are opening major investment opportunities for the fast growth of the global humanoid robot market.

Should I mention here a robotic sex industry. It is promised that the ‘sex tech’ industry combining the huge advances in Narrow Artificial Intelligence (NAI) and Robotics technologies is set “to produce new and novel ways to experience sexual pleasure”. Growth estimates see that the sex robotic market valuation almost doubling by 2026, to $ 60bn. 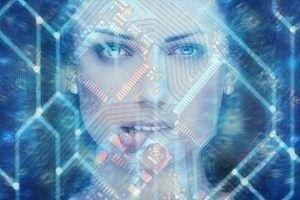 The robotic market is divided into several components, motion time and applications:

All what humanoid robots need to become real digital humans is a robust common sense model:

Aristotle had first discussed "common sense" as the ability with which animals (including humans) process sense-perceptions, memories and imagination in order to reach basic judgments.

But humans have real reasoned thinking as intellect, which takes them beyond their common sense.

The mind, animal or human, links and categorizes different sensory modalities, tastes, colours, feelings, smells and sounds, in order to make sense of the world, perceiving real things in terms of the "common sensibles" (or "common perceptibles").

In today’s AI/ML/DL. this subject is studied by Multimodal Deep Boltzmann Machine model.

A lot of models/algorithms have been implemented to retrieve and classify a certain type of data, but only separately, e.g., image or text or audio.

A common sense model or algorithm is able to jointly represent the information to capture the causal correlation structure between different modalities, as real-world multimodal data sets of different types of information such as text, speech, audio, vision, and smell.

Machine’s experience of the world is multimodal — it computes the environment, virtual and physical, in biologically unrestricted ways, much exceeding human perceptual functions, as to see objects, hear sounds, feel the texture, smell odors, and taste flavors.

And having a common sense AI mechanism is a causal path to the digital humans or artificial human beings or humanoid robots with the commonsense machine intelligence.

We are embarking into a new brave world of autonomous entities, the Internet of autonomous things, from self-navigating drones and autonomous cars and military robots (ground, sea, air, water, space), with information-collection or target-attack capabilities to humanoid robots.

View all
How To Get More Work Coming Your Way As A Property Manager?
11 Reasons Why Annual Reports Are Important
Top Reasons English Is a Global Language, and You Should Learn It in 2022
Why Workplace Injuries Can Happen Even in Offices and How to Reduce the Risks
Roof Maintenance Tips for Businesses: How to Keep Company's Premises Safe
How Working With A Marketing Company Can Improve Your Business
Green Blockchain Plays a Major Part in Fending Off Climate Change
8 Great Ways to Help You Save Energy
How Blockchain Technology is Reinventing The Power Grid
How Blockchain and IoT Collectively Reshape Food Production
4 Ways To Make Sustainability A Part Of Your Everyday Life
Are Mushrooms the Future of Fashion?
Markets Crash as Monetary Laughing Gas Fades
More Than 30% of British Adults Are Involved in Entrepreneurship
How To Cancel Timeshare Legally Without Being Scammed
Understanding Personal Financial Management: What You Need To Know
Venture Capital: Size and Focus
How To Build a Recession Proof Business
Some Economics of Tobacco Regulation
Some Human Capital Controversies and Meditations
US Unions and Alternative Voices for Labor
Core Inflation Soars, Retail Sales Weaken
Labor Economics: Quiet Quitting, Firing, Mental Health and Productivity
The Slowdown of U.S. Productivity Sector
76 Theses on American Patriotism
Why Are More People Becoming Right Wing?
A New Law That May Impact Prince Andrew, Princess Beatrice and Prince Harry
King Charles Meets Northern Ireland's Political Leaders During Historic Visit
The Role Machine Learning in Tracing Historical Events
King Charles III Addressed the Nation for First Time
Treating Anxiety with VR Technology
The Rise of Telemedicine
You Want Straight Teeth, But Don't Like The Looks Of Braces? Here's The Solution
What Should Hospitals Add To Ensure Maximum Patient Comfort
Learn How To Look Healthy And Fresh No Matter Where You Are
How To Obtain Safe & Secure Equipment For Your Lab
How To Know If You're Ready For The Next Step In Your Relationship
Toward a More Spiritual You
6 Amazing Places You Must Check Out In Turkey
Who Do You Call, And In What Order, After You've Been Injured
Taking a Break: Ways to Relax During Your Business Travels
The Best Careers to Seek as a Music-Lover
AR and IoT Applications for Industrial Verticals
Resolve the Data Discrepancy Conundrum in Your Supply Chain Cycles with Blockchain
How to Write Website Content that Drives Traffic
6 Things You Should Know About How Search Engines Function
Changing Tides at NAMIC
The Future of UX Design: Four Cutting-Edge Technologies That Enhance User Experience