Why is Apple So Successful? Apple's Machine Learning Strategy & Self Driving Car Project

Why is Apple So Successful? Apple's Machine Learning Strategy & Self Driving Car Project 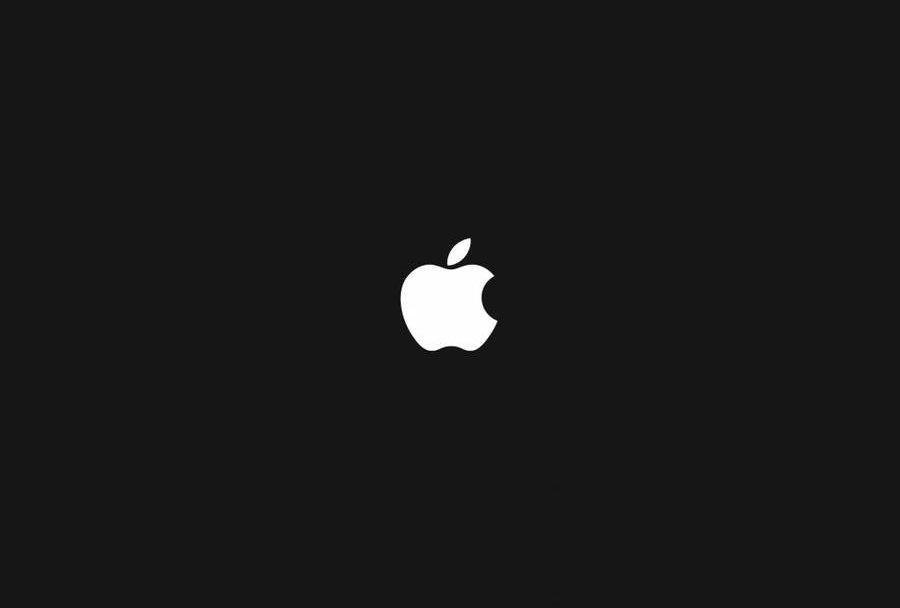 The success of Apple goes beyond its simple products as it's using the latest technologies including artificial intelligence, machine learning and deep learning.

Machine Learning (ML) is increasingly dominating the keynotes where Apple executives take the stage to introduce new features for iPhones, iPads, Macbooks and the Apple Watch. Machine learning enables systems to learn without being explicitly programmed. Based on algorithms and huge datasets for training, systems learn to recognize patterns that had not previously been defined. The acquired knowledge can then also be applied to new data.

Apple’s machine learning strategy centres around its devices. The company has positioned itself as a pioneer of in-device machine learning technology, with its superior security and potential for creating unique, user-engaging experiences.

Apple is targeting 2024 to produce a passenger vehicle that could include its own breakthrough battery technology.

What's The History of Apple? 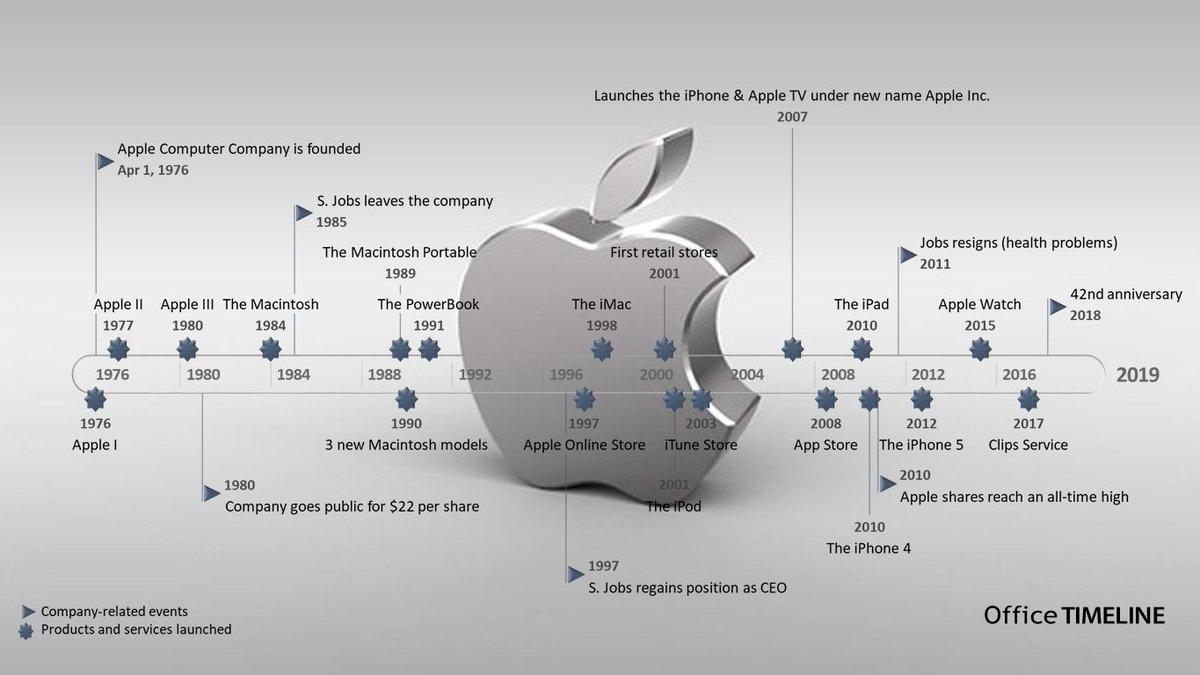 Apple Inc., formerly known as Apple Computer Inc., is a technology multinational company that has its headquarters in Cupertino, California.

The Macintosh, released in 1984, introduced the Graphical User Interface (GUI) to the mainstream. Apple's second product, the Apple II was a huge success. It was the first personal computer to earn such mass-market success.

The company started struggling after it ousted Steve Jobs back in 1985. It was even on the verge of bankruptcy when Steve Jobs returned to the company in 1997.

Steve brought in some brilliant ideas and lifted the spirit of the company. He led the company to recovery by introducing the iPod in 2001, the iPhone in 2007, and the iPad in 2010. Apple earned a profit of almost $40 million in the 2014 fiscal year.

Steve Jobs died of cardiac arrest in 2011. Tim Cook, his longtime deputy, took over as the CEO and has presently been leading the company to success.

How is Apple Implementing Machine Learning? 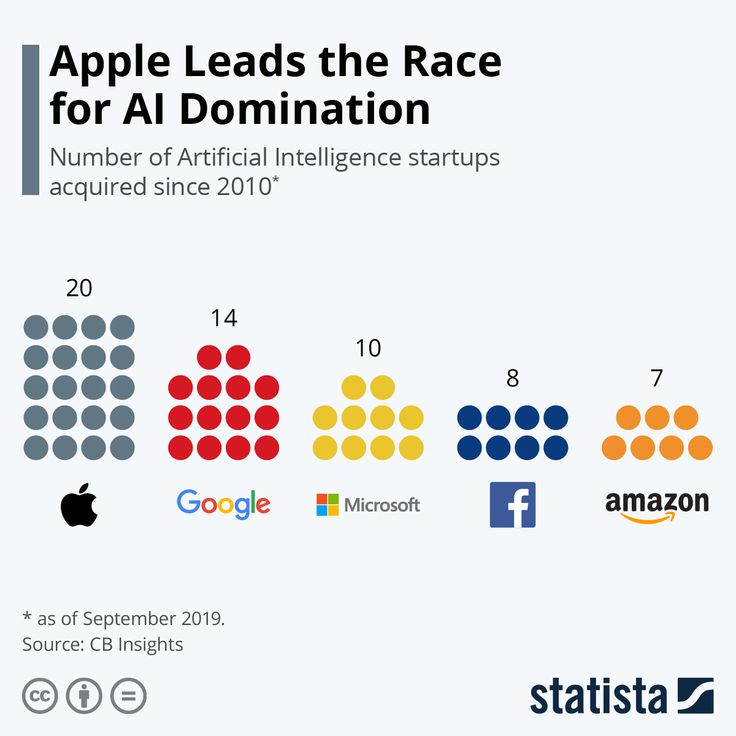 Over the course of the last several years, Apple has bought startups such as Emotient, Turi, Glimpse, RealFace, Shazam, SensoMotoric, Silk Labs, Drive.ai, Laserlike, SpectralEdge, Voysis, XNOR.ai, and more, all with the aim of improving the artificial intelligence and machine learning capabilities of its products and services.

Apple's machine learning approach addresses two major pain points: training of models on the cloud is expensive, and getting them to work on mobile devices is difficult at best.

The company has always stood for that intersection of creativity and technology.

Machine learning is a key component of Apple's broader initiatives.

Apple’s machine learning strategy continues to be focused on running workloads locally on devices, rather than relying heavily on cloud-based resources, as competitors Google, Amazon, and Microsoft do.

Machine learning is very much a part of Apple’s overall strategy, and it is building it into the very fabric of its devices and services.

By running on machine learning models on-device, Apple guarantees that the data never leaves the device of the users.

If Apple can provide tools that make it feasible to train models locally at reasonable speeds, it could further increase its hardware footprint because for individual developers training models locally on a single machine is much more cost effective than doing so on the cloud.

What Are The Key Drivers Behind Apple's Success? 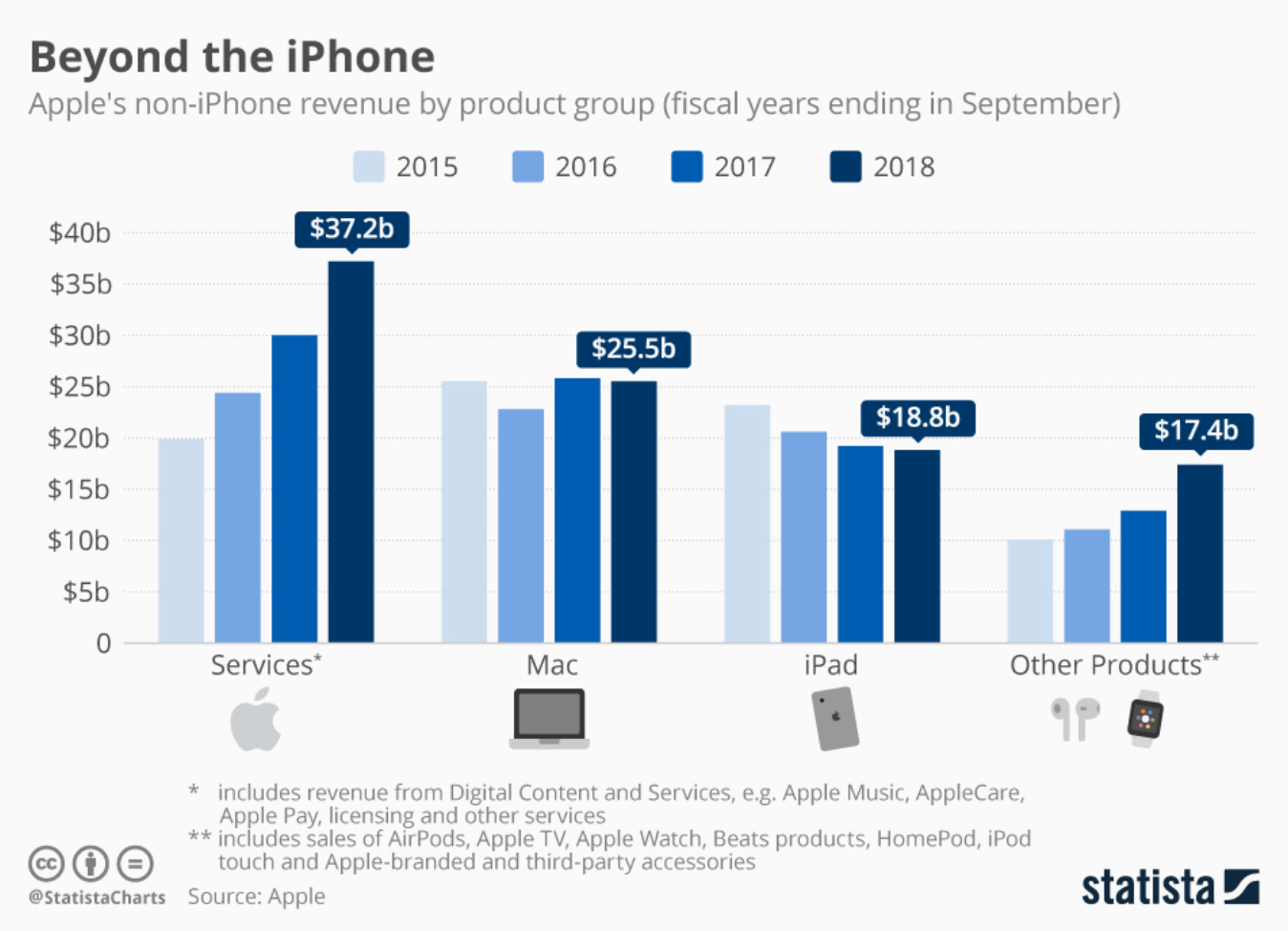 Apple's success lies in a strategic vision that transcended simple desktop computing to include mobile devices and wearables. Both performance and design are key drivers of the Apple brand and its ongoing success.

A significant part of the credit for the iPhone’s success has to go to the App Store because the app ecosystem keeps customers coming back to Apple year after year when their mobile contracts are up for renewal, Apple has pushed developers to integrate AI into their third-party apps.

Apple is also relying on a talented workforce. It is hiring the very best and most creative designers and engineers to build widely successful easy to use products.

Why is The Apple Car Project Still Secretive?

Hundreds of Apple employees are working on developing a self-driving Apple-branded car aimed at consumers.

Apple's car project is still in the works. Deep integration with iOS is also expected. Apple is still waiting for autonomous testing permits received from DMV. A self-driving software is also being tested.

The company is also developing a new battery design that has the potential to radically reduce the cost of batteries and increase the vehicle's range.

Apple is working on a monocell design that will bulk up the individual battery cells and free up space inside the battery pack by removing pouches and modules that hold battery materials. This will allow for more active material in a smaller package. The battery technology has been described as "next level" and similar to "the first time you saw the iPhone."

Apple's ultimate dream is to dominate every sector by leveraging machine learning. Developing a safe self-driving car represents a supply chain challenge for Apple, a company with deep pockets that makes hundreds of millions of electronics products each year with parts from around the world, but has never made a car. It's important to bear in mind that it took Elon Musk’s Tesla 17 years before it finally turned into a sustained profit making car.