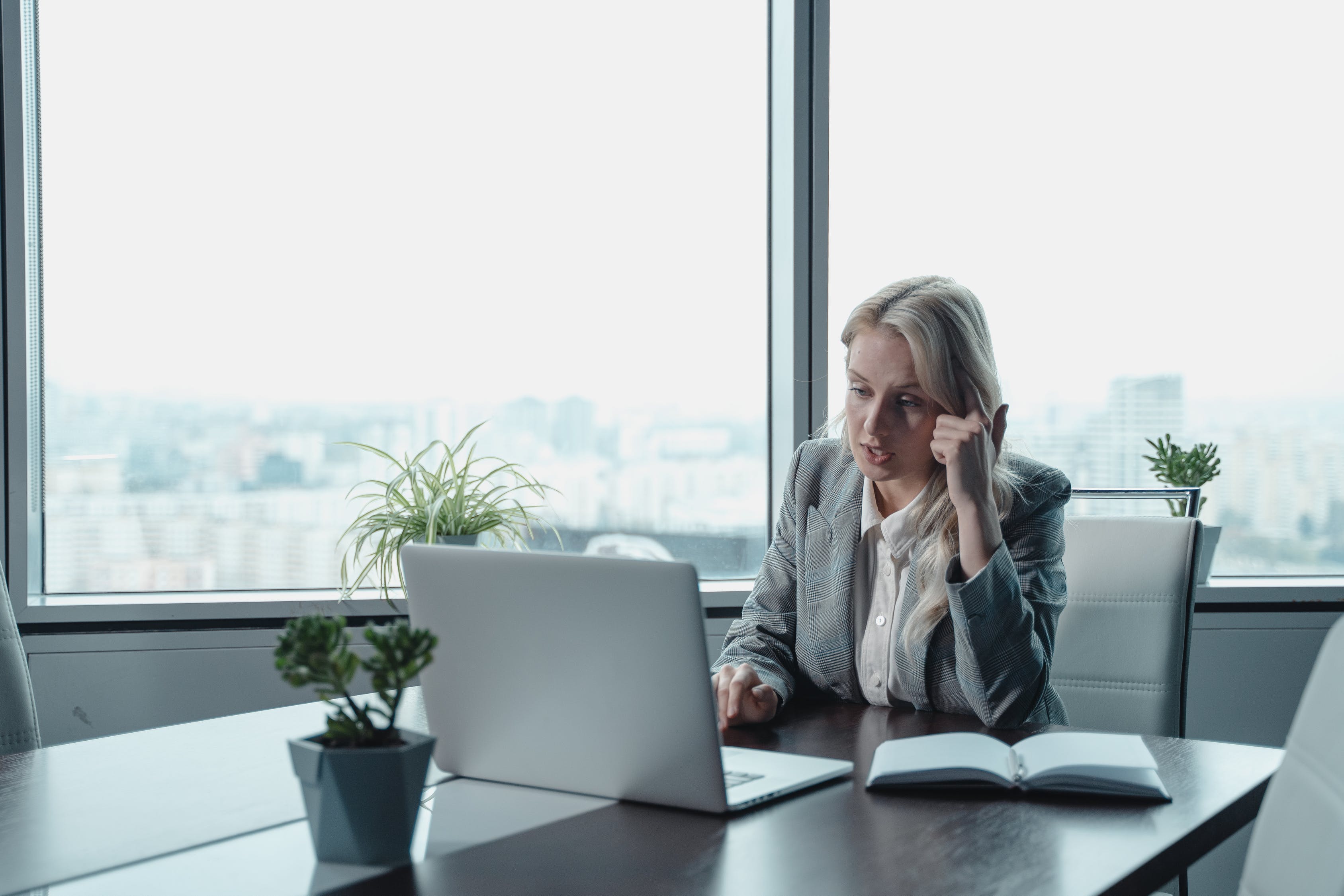 Why do some CEOs win and others don’t?

What is it that enables founders like Steve Jobs or Jeff Bezos to stay the course whilst others fall by the wayside? It’s a lot to do with the critical hires you make as your business scales.

A big mistake is treating your start-up like a ‘small big business’. They’re not. They’re a start-up. Don’t adopt big company practices to fix the wrinkles. You’ve got a good strategy, culture and direction. You don’t need to throw the baby out with the bathwater.

This was reemphasised to me when I interviewed Steve Blank recently on my Melting Pot podcast. Author of the brilliant ‘4 Steps To The Epiphany’ and founder of the Lean Start-up movement, Steve is the ultimate serial entrepreneur with no less than eight tech start-ups under his belt. We talked about the nature and personality of founders. “They’re closer to artists than any other profession,’ he said. ‘And they’re not accountants. Accountants don’t create disruptive start-ups.’

As businesses grow, it’s common to hit the challenge of ‘solving the founder problem’. Whilst they have great energy, amazing ideas and clear vision, founders can’t organise anything. They’re not into process. And they find it difficult to hold their team to account.

So what happens? They think, what would a big company do? I know – we’ll hire a new C-suite Executive to run operations. I’m here to tell you there’s a much less radical solution, with far fewer risks. Hire a Chief of Staff instead. Let me tell you why.

As founder and CEO, you want to remain in control. If you hire someone into a COO role, they’re likely to have much greater influence over strategy and culture. Learn from Jeff Bezos. He hired a COO from Black and Decker, Joe Galli. But they didn’t see eye to eye. Amazon was going through a turbulent time in the late 1990s. It had come under fire from Wall Street critics for its continuing losses, heavy debt load and dwindling cash reserves. Galli came in with ideas about strategy that weren’t in line with Bezos. So they parted company and Bezos hired a Chief of Staff. Like a turbo-charged Executive PA, their role was to support Bezos to be the best leader possible for Amazon. And look what unfolded for that business.

A Chief of Staff can act as your right-hand, strategic, thought partner. They use your authority to manage projects, create strategic plans and oversee operational aspects such as finance, human resources and risk management. Crucially, they can act as your eyes and ears in the business and are solely focused on your success.

When recruiting, my advice is to look for someone who’s done this before and taken a business like yours to the next level. Don’t get fixated on it being a job for life. If you’re at a £10 million turnover and you want to get to £100 million, find the person that will get you to £20 million. Hire for the problem you’ve got right now. Be really specific. Use a job scorecard to define the problem statement and the three to five metrics you need to fix a year from now.

A good Chief of Staff will complement you as CEO, bringing skills that might be lacking on your Executive Team. Patrick Lencioni’s new tool ‘Working Genius’ is great for this – we’ve been using it recently to profile client CEOs. Consistently, their results have come back with high scores for ‘Invention and Discernment’. No surprise there. Think of the word ‘entrepreneur’ and instantly the words ‘passion’, ‘ideas’ and ‘creativity’ spring to mind. But ‘Tenacity’ and ‘Enablement’ are less common.

This is why businesses started by multiple founders often get to higher revenue levels before they hit a crisis. Particularly if these founders have a complementary mix of skills that overlap. But some of our clients’ Executive Teams have loads of ‘Invention and Discernment’ with nothing to balance them. They spend too much time discussing ideas but don’t make any progress.

So, another way to think about fixing the founder problem is deliberately going out to find a Chief of Staff who will play to your weaknesses. If you need someone who’ll get your ideas over the finishing line, read your emails and draft your communications, then recruit specifically for these skills. Don’t hire someone who could be a potential rival.

3. Chief of Staff Has More Agility

One of the things that can go wrong when smaller companies hire COOs is choosing someone without the CEO’s passion or empathy for customers. Yes, they might have been successful in bringing order to the chaos of a bigger company, but do you really want their approach in your business?

If you’re not careful, your new COO will drive the culture of your business away from where you want it to be. It’s often due to the size of the company. Some people can create a process from scratch and others can manage it. In larger companies, the process already exists. So is the person you’re hiring going to turn up with a playbook they didn’t write but just ran for someone else? Instead, you need someone agile and creative to evolve your processes rather than implement something that worked somewhere else.

To drive new sources of revenue and expansion into existing clients, your business needs to keep iterating and innovating. I was with a client recently who’ve just launched a new product. Their Head of Ops told me they hadn’t finished it yet – it was taking longer than anticipated to install. They were still having to white glove every customer they’d introduced to it. As a result, the product hadn’t been operationalised.

When businesses launch a new product, they often need to seek product-market fit. And this takes time and agility. A COO from a larger company might come in and stop innovation to get on top of the Ops problem. But instead, really they just needed someone who can make it a bit more manageable. Ultimately, it’s vital to continue driving new sources of revenue and expansion into existing clients. And you won’t do this if you stop innovating.

Far better to hire a Chief of Staff and give them muscle around process and accountability. Some of our clients have put their Chief of Staff in charge of MGS (Metronome Growth Systems). This is our preferred strategic planning tool. It drives growth in organisations like nothing else. Your Chief of Staff can run meetings, take notes, follow up actions and hold people accountable for their individual metrics and priorities.

4. Staff Continue to Report to the CEO

This is a big one. Don’t hire a COO and then put them in charge of all your staff. You might recognise that you’re not great at managing people and holding them accountable, but this is a bad solution. It will mean all the good stuff in your head gets stuck. It ceases to percolate through your business.

We see this time and time again. The org chart changes so that the only direct report of the CEO is the COO. This can cause a huge culture clash. Where previously staff enjoyed their access to the CEO, they’ve now lost it. Instead, they’re working for someone different who brings a whole new way of doing things. A better structure would be to bring in a Chief of Staff who provides a buffer but the reporting lines stay the same. In the British military, they’re called an ADC (Aide de Camp) and work behind the scenes to solve problems, mediate disputes and resolve issues before they’re brought to the leader. Ultimately, their role is to keep their boss out of trouble – so why on earth wouldn’t you hire one!

View all
Three Tips To Help Business Leaders Ensure A Successful Digital Transformation
6 SaaS Lead Generation Strategies To Bring More Customers To Your Business
18 Tips To Launch a Killer Influencer Marketing Campaign
12 Competencies for Future Success and Advantage
Why Do Startups Fail?
How to Handle Sales Objections & Close More Deals
Shared Mobility: A Responsible Innovation out of Necessity
Top Considerations For First-Time Electric Car Buyers
Environmental Marketing: The Troubling Trend of Greenwashing in Companies Today
Climate Change: Is Tree Planting Greenwashing?
Earth Day 2021: How Artificial Intelligence, Blockchain, Lifestyle Choices and IoT Can Save Our Planet
The Electrical Industry at the Heart of the Greenhouse Effect with SF6
Cryptocurrency And The Future Of E-Commerce: Could CryptoCart Be The Answer?
Unbanking the Future with DeFi
3 Ways Artificial Intelligence (AI) is Disrupting Fintech
Common Reasons Why a Business Needs a Loan
Understanding Current Housing Market Trends in the U.S.
3 Ways Blockchain Can Improve Taxation
Is the Pandemic Worse in Lower or Higher Income Countries?
The Slow Magic from Agricultural R&D
Forget a Digital Dollar, Bank on Bitcoin
Revisiting The Sandy Hook Mass Killing: A Meditation on Living in the Global Village
The Great Texas Power Failure of February 2021
China's Population: The Coming Decline
Queen Elizabeth II Marks 95th Birthday in Private
Covid-19 and Fake News: Exponential Rise of Conspiracy Theories and How to Prevent Misinformation
UK Budget 2021: Corporate Tax Rise, VAT Cut for Hard Hit Sectors Extended & Income Tax Thresholds Frozen
What If George Washington Lied?
Judges and Ideology
Covid-19: All Travellers Arriving in the UK To Be Tested Twice Starting From Next Week
The Unbearable Conundrum of Artificial Intelligence Consciousness: Will Machines One Day Become Self-Aware?
How Light and Genetics may Treat Brain Disorders in the Future
Happy International Nurses Day
Post Covid-19: 3 Simple Tips to Avoid Holiday Weight Gain
Why Clutter Affects Our Health and What to Do About It?
When a Physician Attends the Funeral of a Patient
Your Business Data Never Lies — So Listen to the Story It's Telling You
7 Conversations You and Your New Partner Shouldn’t Put Off Too Long
The Most Wonderful Moments in the First Year of Motherhood
Ron Galimore: An Overlooked Olympic Legacy in the Annals of African American History
Why is IGTV the Least Used Feature on Instagram?
Content Marketing Hacks: 7 Ways to Overcome Writer's Block
How Cloud Intelligence Turns Big Data Into Even Bigger Business Success
Reimagining the Construction Industry with AI, IoT, VR, AR, Blockchain and Cloud Computing
5 Tips to Craft an Effective Landing Page
Debunking 5 Artificial Intelligence Myths
Everything You Need to Know about Blockchain 3.0
Smart Ways You Can Better Protect and Secure Your Online Data