A Praise for the B Players!

A Praise for the B Players! 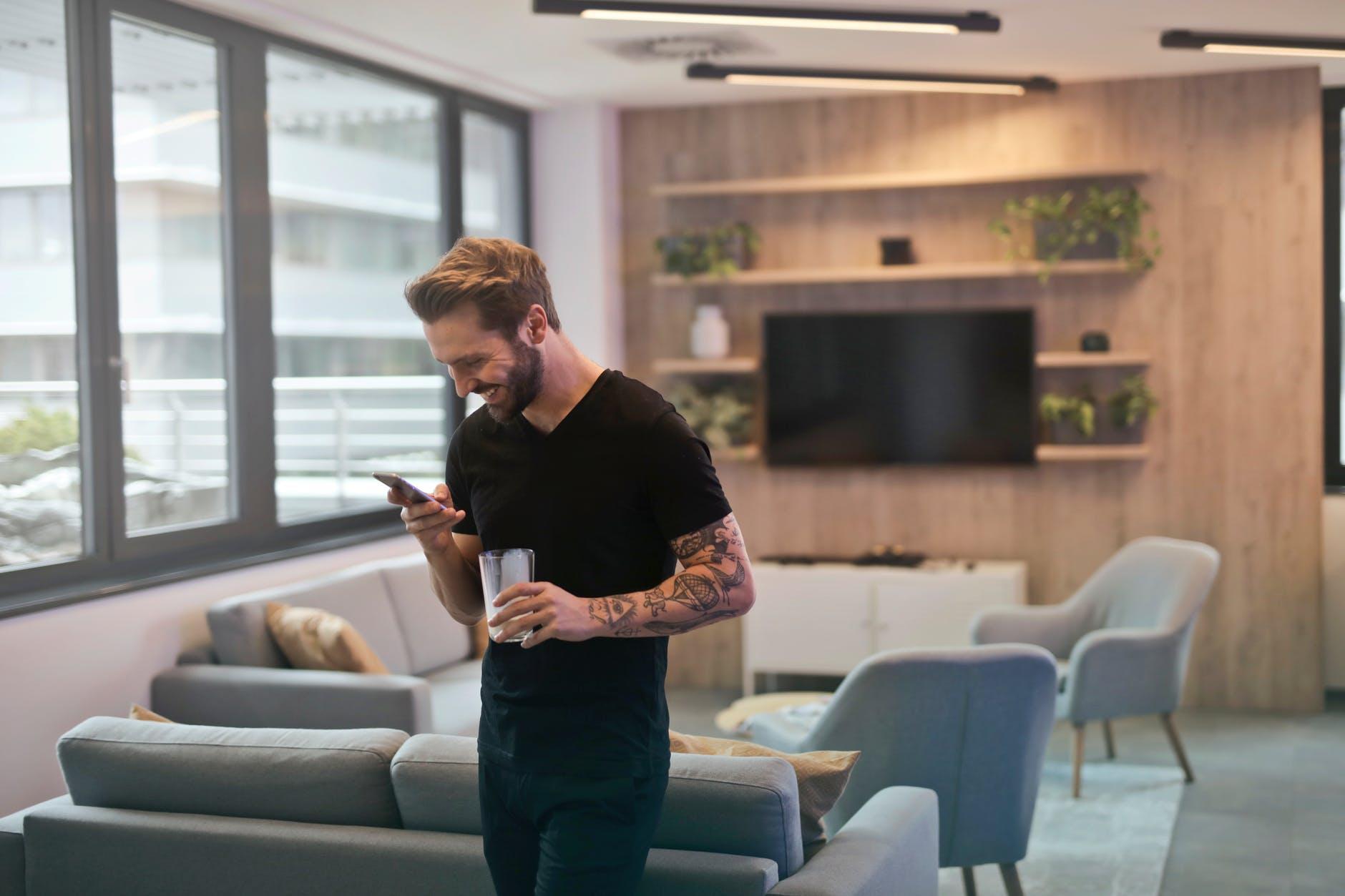 We can always argue the management layers needed in any kind of organization, but the trend seems to be that it should be flatter and flatter. The latest company to go down this road in a public way is Tesla which is undergoing a major organizational restructuring in these months.

In my work with talent management, I often feel that we need to stop and reflect. It is a complex issue where there is so much focus on the A-players (very driven people with strong skills that put in very long hours) and less on the B-players (still valuable people although with less top potential). We often find the middle managers in the lattercategory we often find our middle managers.

I often say this: “Middle-managers stop innovation just by doing their job. But don’t blame them. The fault lies with their executives.”

Maybe executives need to pay more attention to the role B players (and middle managers) have with regards to corporate innovation as well as with business in general.

A good starter is a great HBR article; Let’s Hear it for the B Players by Thomas J. DeLong and Vineeta Vijayaraghavan.

Here you have the key insights from the article. I am sure you will find this worth your time. Enjoy!

A company’s long term survival depends on B players

“But our understandable fascination with star performers can lure us into the dangerous trap of underestimating the vital importance of the supporting actors. A players, it is true, can make enormous contributions to corporate performance. Yet in our collective 20 years of consulting, research, and teaching, we have found that companies’ long-term performance—even survival—depends far more on the unsung commitment and contributions of their B players. These capable, steady performers are the best supporting actors of the business world.”

“Companies are routinely blinded to the important role B players serve in saving organizations from themselves. They counterbalance the ambitions of the company’s high-performing visionaries whose esteemed strengths, when carried to an extreme, can lead to reckless or volatile behavior. In this sense, B players act as grounders for charismatic A players who might otherwise destabilize the organization. Unfortunately, organizations rarely learn to value their B players in ways that are gratifying for either the company or these employees. As a result, companies see their profits sinking without really understanding why.”

Who are the B players?

# They are not necessarily less intelligent than A players.

# Achievement is a complicated blend of intelligence, motivation and personality.

# A and B players differ at least as much in temperament as intelligence.

# Many B players have an aversion towards attention to themselves - even when they need to.

# B players place a high premium on work-life balance

Work-life balance matters to them

“Another pronounced characteristic of B players is that they place a high premium on work-life balance, and they highly value the time they spend with family and friends. Consequently, B players strive for advancement, but not at all costs. Once again, this attitude is anathema to most A players, who relish new opportunities and battles.” It’s about the company...not themselves

“A second large group of B players consists of truth tellers—individuals with an almost religious zeal for honesty and reality in their interactions with superiors. Truth tellers are often functional experts who have carved out a limited but key role for themselves. Typically, they are more interested in their work than in their careers, which means they have the guts to ask in-depth, reflective questions of themselves and others.“

Four types of B players

# Recovered A players - mobile and highly valuable, a steal to most organizations

# Go-to people - they tie things together

# Middling - less valuable, steer clear of risk and lack of entrepreneurial drive The backbone of the organization

“Clearly, whatever their temperament, B players are strongly influenced by living in the middle of an organization. Left alone, they quietly complete their projects. They put periods at the ends of sentences. They ignore all the political infighting and just get on with their work. And although they may “only” turn out B performances, these players inevitably end up being the backbone of the organization.”

A key for organizational memory

“In times of crisis, B players’ stability can be an organization’s saving grace...That stability makes a particularly important contribution to organizational memory. In recent years, a lot has been made of organizational memory, and since B players shift jobs less frequently than A players, chances are they’ve really seen it all. Because of this long-term perspective, B players can remember when things were as bad before as they are now—and how the company survived.”

B players have credibility and confidence - often key elements for changes

“When the boss says that things are going to be different around here on Monday morning, B performers are not only able to adapt, but they often also have the credibility with the rest of the organization to share important information and convey a sense of confidence. Even more important, B players have the inner resources to mentor less-experienced people through the transition, stress, and even panic of change—a grossly underestimated talent.”

Anyone needs recognition - so do B players

“But without recognition, most B players eventually begin to feel that they’re being taken for granted. They disconnect from the soul of the organization and start to look for jobs elsewhere. Losing a solid B performer in this way is a failure for any organization. Yet leaders can do better by their B performers in the following ways:

accept the differences, give the gift of time, hand out prizes and offer choices.”

“Finally, there are the go-to players of the acting world, jobbing actors like Kevin Bacon and Ashley Judd who can play almost any role offered—not brilliantly, some might say, but not embarrassingly. Such B players not only make stars like Tom Cruise or Julia Roberts look better, but they also make the films more than just vehicles for the star’s performance. B players can do the same for your company, if you have what it takes to foster their particular brand of talent.”

View all
How To Kill Innovation Projects
Why Leaders Don't Lack Talent, They Lack Focus
Why a Leader’s Most Important Job is to Unleash the Best in Others
Decided To Move To a New Office Space? Follow These Useful Guidelines
What Are The Key Factors That Separate A Good Business From The Rest?
Today’s Truth in Marketing: Get Interactive or Get Out of the Way
Australian Startup Produces Tree-Free Cellulose Made From Waste
Green Construction Industry: How To Find Sustainable Building Material Suppliers
Finnish Startups Developed Ground-Breaking Ecological Textile Fibers
Microbial Textile From Sugar
How Robots Can Provide Safe Munition Recycling in Smart Cities
Corporate Climate Action: A Necessity to Reach Net Zero
Corporate Boards: Should They Stop Expecting the Impossible?
How To Find The Top Wealth Management Services
Trillions - Book Review
9 Things To Avoid After Receiving Mortgage Preapproval
The FCA’s New Consumer Duty is Everyone’s Duty
How Sheikh Youssef Al Shelash Influenced Real Estate Funds in the Middle East
A Brief History of Widgets
Parents of Economics PhDs: Their Educational Background
No, Fed: Supply Construction, Not Demand Destruction
Thoughts on Globotics and Slobilization
Distressed Places: How to Encourage Jobs
The Innovation that We Call The Deadline
A Fertility Patterns Flip-Flop
Turn Off the Lights? Europe Hurts Itself Again Trying To Harm Russia
Immigrants Assimilating, Then and Now
When Civilizations Collide: Economists and Politicians
The No-Burn Forest Policy: Origins and Consequences
Emmanuel Macron Secretly Helped Uber
Artificial Intelligence Post Pandemic: AI is Still Vague and What's Wrong?
Making Driving Tests Safer and More Realistic With Virtual Reality
How Companion Robots Can Assist the Elderly
Childhood Obesity: We Could Fix It… Any Time We Wanted
Why Do Laboratories Need to Improve Their Cybersecurity?
IoT in Healthcare Delivery Demands Increased Awareness
Why It's Important To Get Right Rid Of Medical Waste The Right Way
What Are Dredge Pumps Used For? Find Out Here
Are Humans Too Dependent on Technology?
How Blockchain Can Tackle Homelessness
The Low-Down on Testosterone Boosters for Building Muscle
8 Cleaning Tips for Selling Your Home Faster
The Need to Orchestrate New Identity Policies in the Cloud
Leveraging Machine Learning To Avoid Employee Expense Fraud
How Robotics Can Make Oil And Gas Production Safer
The Role of Big Data Analytics in Accounting
5 Ways an Organization Can Manage its Big Data Security
Technology In Businesses: How Today's Technologies Benefit Companies

Corporate Boards: Should They Stop Expecting the Impossible?
The Need to Orchestrate New Identity Policies in the Cloud
How To Kill Innovation Projects
Leveraging Machine Learning To Avoid Employee Expense Fraud
Why Leaders Don't Lack Talent, They Lack Focus