How to Read Body Language on Zoom

How to Read Body Language on Zoom 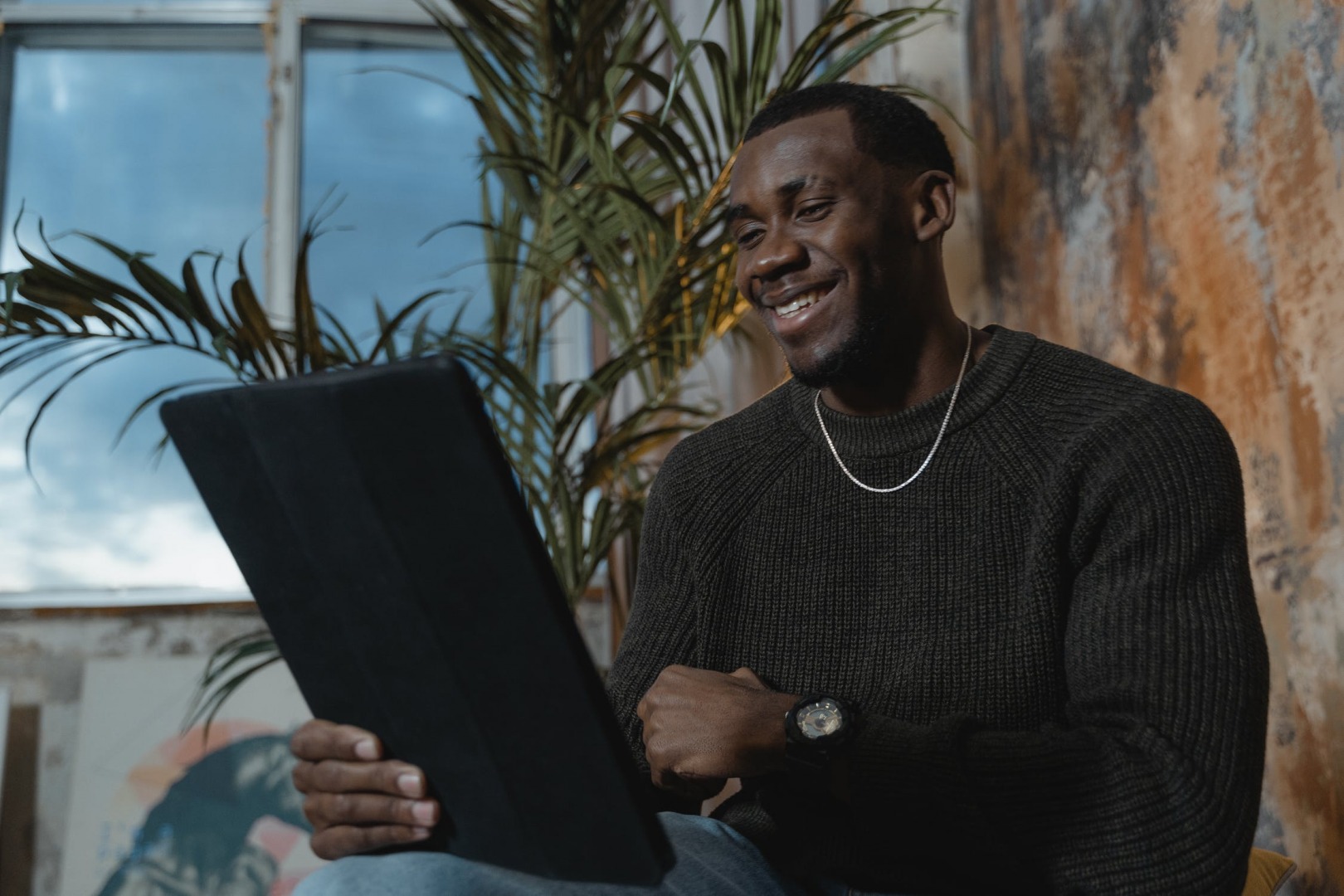 In my speeches and seminars on Leadership Presence, I include a section about body language: how to use it to create a positive impression and how to become more aware of the nonverbal messages that others are sending.

After this section, I’m often asked the same question: “If all I can see is someone’s head, how can I read body language on Zoom?”

While it’s true that we lose many nonverbal cues when moving from in-person to virtual interactions, we don’t lose everything. Here are fifteen body language signals that reveal people’s emotions and interests — and they all can be seen on Zoom:

1. Head tilts signal of engagement — while a slow deliberate head withdrawal is a sign of disengagement.

In primitive tribes, tilting the head was a way of hearing more clearly in order to be alerted to sounds of danger. Today, head tilting is a signal that someone is interested and involved. But when people are listening to a message that makes them uncomfortable, their heads may or pull back from whomever they are talking to in an attempt to create distance.

If you heard someone yell, “Look out!” the posture you’d instinctively assume in reaction would be to raise your shoulders and pull your head down between them. In a business context, the head duck is a signal that often reveals extreme discomfort or an extreme difference in the status and relationship between individuals. It’s a posture I’ve seen employees display as they interact with their boss.

3. Heads held high or low send a message about confidence.

Many years ago, an experiment was conducted with a group of students who smoked cigarettes. After the results of an exam were given out, the students were observed to see if they had passed or failed the test. Those students who had done well exhaled their cigarette smoke upward, while those who had performed poorly exhaled downward. It’s all about head position. Feelings of high confidence unconsciously pull the head up. Feelings of low confidence lower it.

4. Head nods send different messages depending on their speed.

Just as shaking the head from side to side is an almost universal gesture meaning “no” or “I don’t agree,” head nods – the up and down movement of the head – are recognized in most cultures as indicators of approval, understanding, or agreement. The head nod is tremendously important in communication. When someone nods slowly, it usually indicates an ongoing interest in whoever is speaking. Fast nodding signals impatience with the speaker or the listener’s desire to get a turn to speak.

5. Facial touching is a primary pacifier.

Under stress, people self-soothe in a variety of ways. Women twirl their hair, and men stroke their beards for psychological comfort. To get the fastest relief from even mildly stressful situations, we touch our faces (chin, lips, cheek, nose, forehead) where a calming effect is most easily accessed.

When someone’s eyes open wide in pleasure, their eyebrows rise and their mouth opens slightly. You’ll see a miniature version of this expression occurring when someone is discussing something or someone they like very much.

7. If people are emotionally aroused by what they see, their pupils dilate.

Many physical stimuli can cause human pupils to dilate, but the most fascinating reason for dilation isn’t physical, but emotional. Clinical studies by Eckhard Hess, the former head of the Department of Psychology at the University of Chicago, have shown that the pupil unconsciously widens when the eye sees something pleasant, exciting or arousing. Successful salespeople subconsciously monitor pupil dilation (indicating the customer is interested and ready to buy) and pupil contraction (signaling resistance, anger or negativity). Because pupil changes are not within a person’s control, they provide a very reliable indication of interest, attraction, and emotional attitude.

During conversation, a normal blink rate is six to eight blinks per minute—and the eyelids are closed for about one tenth of a second. This rate speeds up when someone is stressed. When I was a therapist in private practice, I became aware of the significance of a rapid blink rate when a patient was trying to conceal something. (Of course, I also knew that rapid blinking could be an indicator of annoying lighting in the room or of a heightened level of anxiety for a variety of reasons.)

9. Closed eyes is a form of eye blocking.

Our eyes have evolved as the primary way we get information about the world around us. But eyes that let input in can also block it. In fact, eye blocking is a survival mechanism that evolved to protect the brain from seeing undesirable or threatening images. Eye blocks include closing eyes, rubbing eyes, and covering eyes with hands or objects. Eye blocking is an unconscious gesture people use to exclude you during a conversation by blocking you from sight.

At the most elementary level, tearing is a physical response to allergies, foreign particles in the eye, fumes (like ammonia or onions), and injury or pain. But tears are so much more. They often say what can’t be expressed adequately by words. Tears are an eloquent statement that something intensely emotional is taking place.

11. Raising the eyebrows may be a sign of submission or a request for approval.

When someone is unsure of whether he is believed or how an action is accepted, you will commonly see the eyebrows raise and pause – even if just momentarily. This is an unspoken inquiry: “Did I get it right?” “What do you think of what I just said?” The gesture of raising the eyebrows slowly, over a few seconds, along with a tilted head usually comes at the end of a sentence as a nonverbal inquiry to see if the listener has understood.

A fake smile is the most common facial expression used to mask other emotions. A person who doesn’t want her true feelings revealed (especially if she wants to disguise displeasure or anger) may “put on a happy face.”

A fake smile is easy to produce. It takes only one set of muscles to stretch the lip corners sideways and create a grin. But a false smile is also easy to detect. A genuine smile of delight affects not only the corners of the mouth; it changes the entire face. The eyes light up, the forehead wrinkles, the cheek muscles rise, skin around the eyes and mouth crinkles, and finally the mouth turns up. People use the fake smile in business settings when they don’t feel an emotional closeness to those around them; the real smile is reserved for those they truly care about.

Pressing lips tightly together occurs when someone is angry, frustrated, dismayed, or trying to hold back information. That is one of the reasons why full lips are so appealing – they are subconsciously interpreted as a signal that people are responding to us in a positive way.

Someone who is angry or defensive tends to jut the chin forward. You can see chin jutting in small children who don’t want to do something. Right before they holler, “No!,” they’ll stick their chins out. Your business colleagues may display a similar behavior when they are getting angry, feel they have been wronged, or are about to tell someone off.

Swallowing is especially conspicuous in males, with the up-and-down motion of the Adam's apple (called the Adam’s apple jump). This jump is a sign of emotional anxiety, embarrassment, or stress. For example, I’ve noticed in business meetings that a listener's Adam's apple may inadvertently jump if he dislikes or strongly disagrees with a speaker's suggestion, perspective, or point of view.

Because these nonverbal signals give valuable insight into our emotional state, communication suffers without them. If you don’t use head movements and facial expressions, people may not even want to talk to you. One of my clients wondered why his business conversation so rarely gave him the results he was looking for. But after watching him for a few minutes, it was obvious. He would talk and listen with very little physical animation. This was so disturbing to his co-workers that they avoided conversations with him – and shortened the ones they were forced to have!