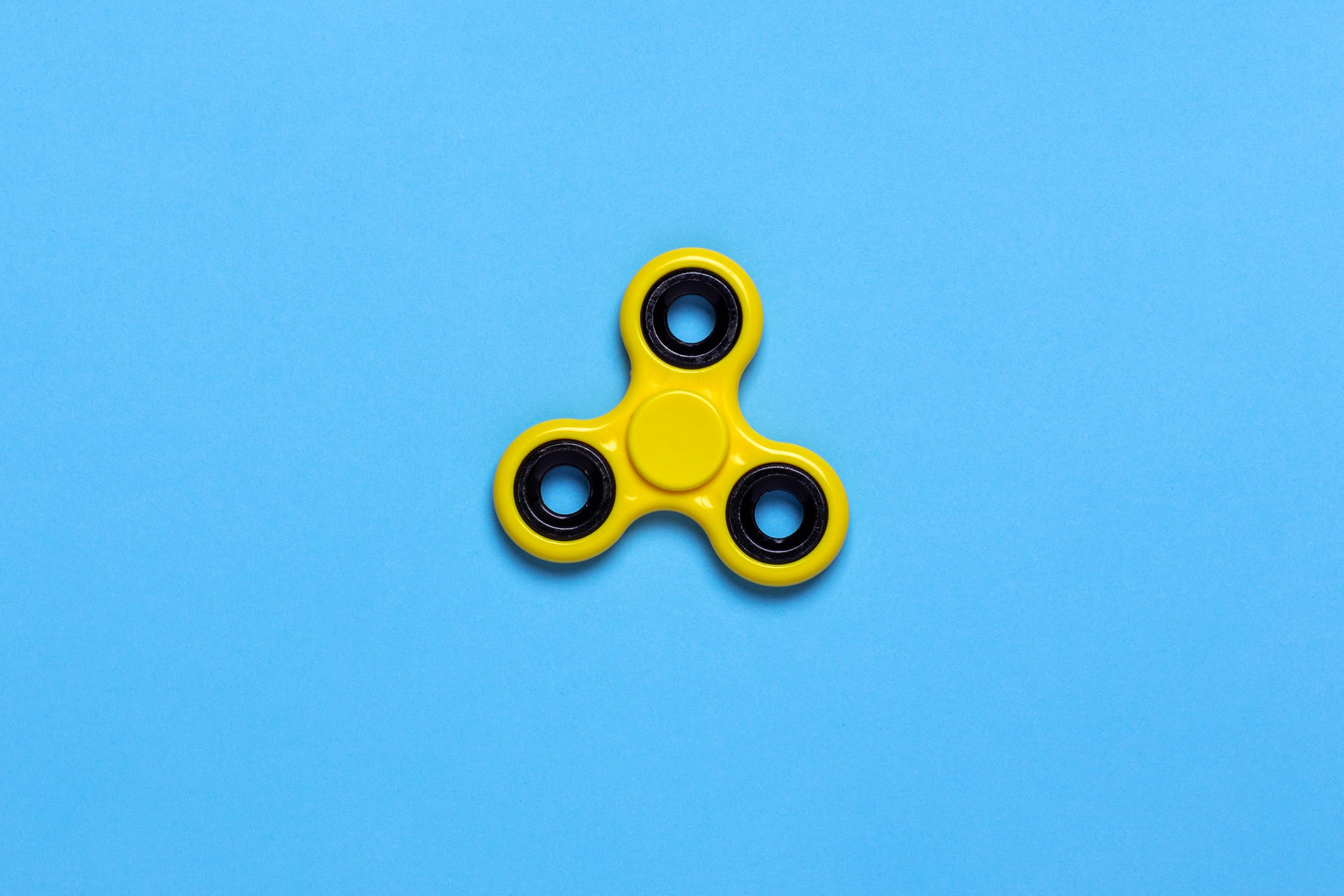 The fidget spinner is a child’s toy which easily spins around a central bearing. Because it is a type of gyroscope it can be used to perform various tricks involving balancing, throwing and catching.

It was originally developed as a device to help children suffering from ADHD or autism but it became a global phenomenon as a toy for all children. It became so pervasive that many schools banned it.There have been toy fashion rages before including yo-yos, hula hoops and loom-bands but nothing has spread so quickly as the adoption of fidget spinners. They first appeared in America in February 2017 and by May all the 20 top-selling toys on Amazon were fidget spinners or their derivatives.

The contagion spread across the Atlantic in just three weeks according to the data analysis company NPD. Some estimates put worldwide sales at over 50m in the first half of 2017.

None of the big toy retailers had anticipated or planned for such demand and they were initially caught completely off-guard. There was no big marketing or advertising campaign. The habit spread because kids posted pictures and videos of themselves on social media – in particular Youtube and Instagram. Major toy retailers normally plan product promotions up to 18 months in advance with peaks in the summer and at Christmas.

Millions of dollars are poured into campaigns to promote a planned new product launch featuring say Lego, Star Wars, Spiderman or Barbie. Manufacturing schedules and supply chains are aligned. All of this was thrown into disarray by the craze for spinners. Retailers had to react by ordering in huge supplies from China by air freight.

Lessons for marketers and innovators.

A product aimed at one market can become a success in another. The fidget spinner was originally designed for hyperactive children only. Viagra was originally promoted for men with high blood pressure – but it had an unexpected side effect!

In the world of fast moving consumer goods (FMCG) it is often better to watch than to plan. You have to monitor what consumers are sharing on social media and ride the wave.

Peer pressure beats promoter pressure. People are much more influenced by what their friends says, like and do than by expensive marketing campaigns. For adults Tripadvisor is critical for the choice (and so the success) of restaurants and hotels. For young people Instagram, Youtube and Snapchat lead the way (until the next sites take over). To generate demand for your new product influencing the influencers is more important than ever.