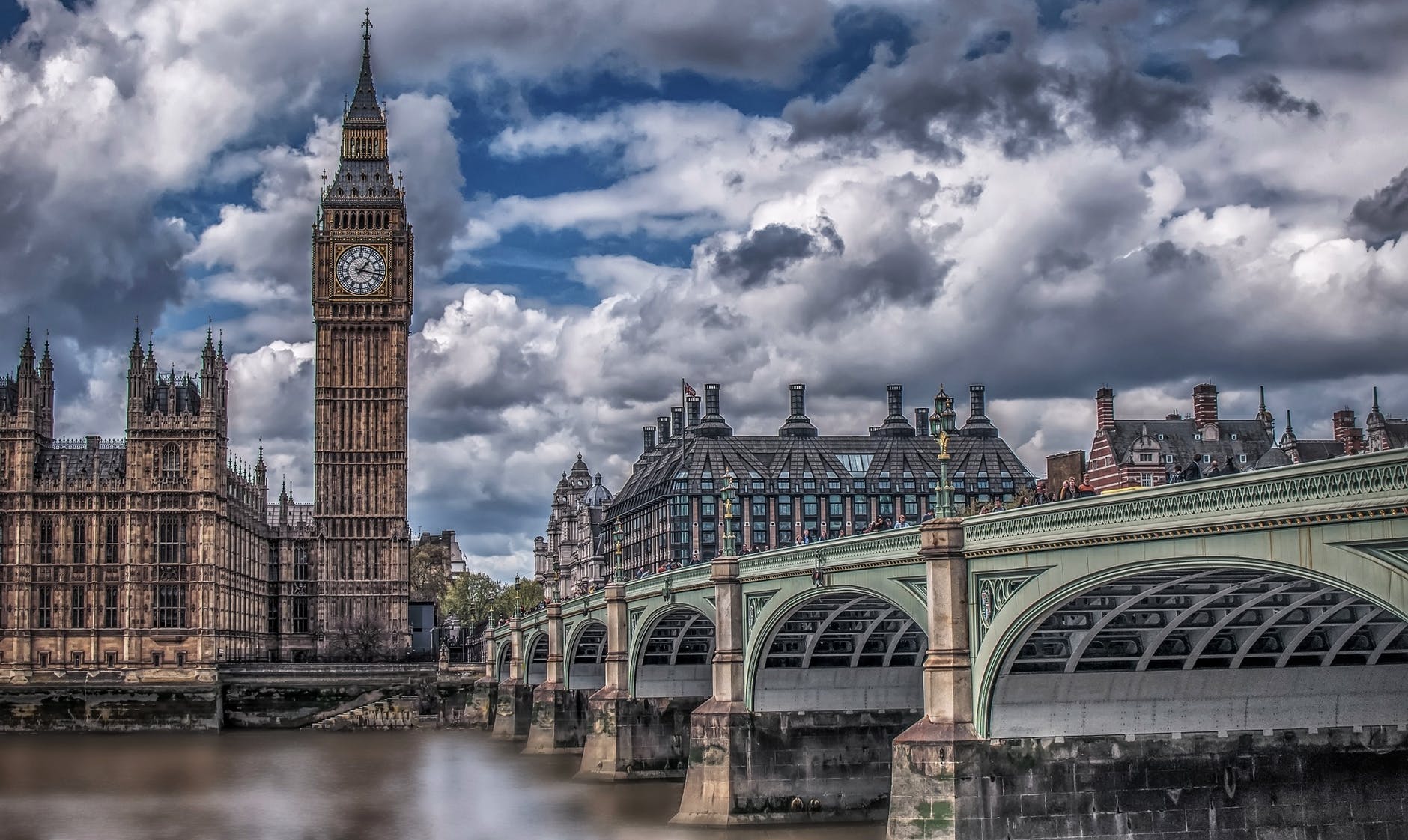 The traditional business and political systems do not work anymore and we have been witnessing some profound events recently, from worsening of the crisis in the Middle East to Brexit and US elections.

Conventional wisdom about leadership approaches and management styles of politicians based on autocratic command and control needs to be re-examined as it is not serving its purpose anymore. Complexity Theory tells us that in order for a system to restructure and rebuild itself at a higher level, it needs to go through a phase of chaos. The Big Shift happens on the edge of chaos, so it might be wise to see the world and what is happening on a global political scene through this big picture. 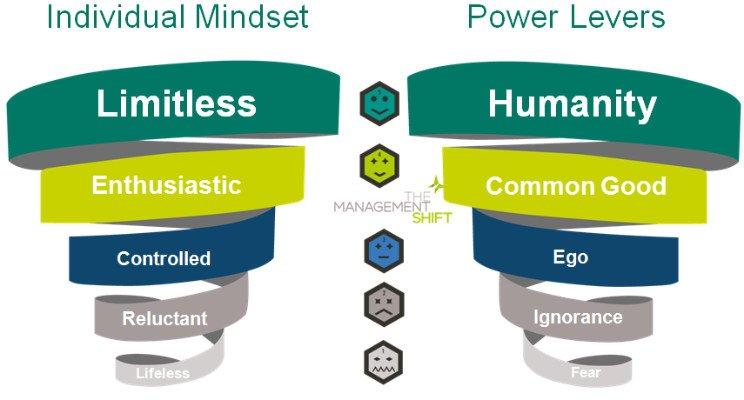 A new approach to managing employees in the 21st Century is described in the Emergent 5-Level Leadership Model, explained in my book The Management Shift [1] and this approach can be applied to management in politics as well.

Each Level is characterised by specific thinking patterns, behaviour, language used, leadership style and organisational outcomes. For example, Level 1 is characterised by apathy or destructive behaviour, and Level 2 by reluctant behaviour when people do the minimum they need to do to be paid. There is a particularly significant shift from Level 3 (which is ordered and bureaucratic) to Level 4, which is where highly engaged and inventive performance begins. Level 5 is where passionate people combine creatively and with inspiration to make a difference for the world. Moving from Level 3 to Level 4 is to move from ‘I’ to ‘We’. Moving from Level 4 to Level 5 is to move from ‘We’ to ‘The greater good for humanity’.

It is interesting to view these five Levels through the lenses of power, especially in the context of management in politics. There are different types of power levers that are exhibited at each of the five Levels of mindset.

At Level 1, power is based on fear. In the context of politics, dictatorial leaders would operate from this Level.  At Level 2 power is based on ignorance and reluctance both from uninspiring leaders and followers. At Level 3 the power is driven by ego of 'charismatic' leaders that often become to a large extent authoritarian. Management style of politicians at this Level is based on command and control, strict hierarchy, centralised decision making, following rules and regulations. Political leaders at this level tend to surround themselves with "yes" man and women, unable to take any initiative or make decision on their own. At this Level, leader's personal status and power is more important that the prosperity of the country they lead and well being of its citizens.

After the Big Shift from Level 3 to Level 4, the power gets driven by a desire to be a force for common good. Political leaders at Level 4 work collaboratively with various stakeholders to achieve prosperity for everybody, they are happy to delegate responsibilities and distribute decision making. At Level 5, the power is driven by love for humanity and desire to make this world a better place. Leaders at Level 5 will work tirelessly to save the planet, tackle global problems of poverty, inequality and will strive for global peace.

Where do the prominent political leaders fit on this scale of management styles from Level 1 to Level 5? It is up to each individual leader to identify or not with these descriptions of individual Levels or it could be up to the public to decide.

Vlatka is an international award-winning thought leader, an activist for humanising management, and an author of a ground-breaking book 'The Management Shift - How to Harness the Power of People and Transform Your Organization for Sustainable Success' (Palgrave Macmillan, 2014), which was listed by Forbes as one of the top eight business books in 2014.  She is a Visiting Professor in the Department of Organizational Psychology at Birkbeck, University of London, Professor of Business and Management at the University of Westminster, a former Adjunct Faculty at London Business School, a consultant for Said Business School, a global faculty member of FT/IE Corporate Learning Alliance and a Global Thought Leader at ICG Group. She is also a founder and Chief Executive Officer of The Management Shift Consulting Ltd and the Drucker Society London. She received a PhD in Information Systems at the London School of Economics, as well as a BSc (Hon) in Economics and an MSc in Information Systems from the University of Zagreb. She was voted one of the Most Influential International HR Thinkers in 2015, 2016, 2017 and 2018 by HR Magazine (ranked at position 9) and has won the Croatian Woman of Influence Award as well as an Honorary Award from the Leadership Awards in 2016. Vlatka is the winner of the CMI Management Articles of the Year Award 2015 and the winner of the Axiom Business Books Award (silver medal in the "Leadership" category). She has been nominated for the Thinkers50 list and "Ideas to practice" Award. Her book has been shortlisted for the CMI Management Book of the Year Award and it has been nominated for the FT & McKinsey Business Book of the Year Award. Her new book "Humane Capital" (Bloomsbury Publishing, 2018) has been nominated for 5 awards and the Foreword was written by His Holiness the Dalai Lama. As a renowned professional keynote and TEDx speaker, she regularly presents at major business events worldwide, including events at the Houses of Parliament, European Commission, Home Office, the Economist and Financial Times. She has published more than 200 academic articles, including the award winning 'To be a Better Leader, Give up Authority', Harvard Business Review, December 2009. Vlatka is also a management consultant and Board adviser, helping organisations worldwide substantially to improve performance, engagement, innovation and profit. She has advised major international organizations including the House of Commons, GlaxoSmithKline, BP, The National Health Service, Learndirect, Brand Velocity USA, the Drucker Institute USA, the Croatian Government and the Hungarian National Bank. For her consulting engagements, Vlatka uses her research-based and empirically validated tools described in 'The Management Shift' book, helping leaders and organisation to shift to the new level of working and success.