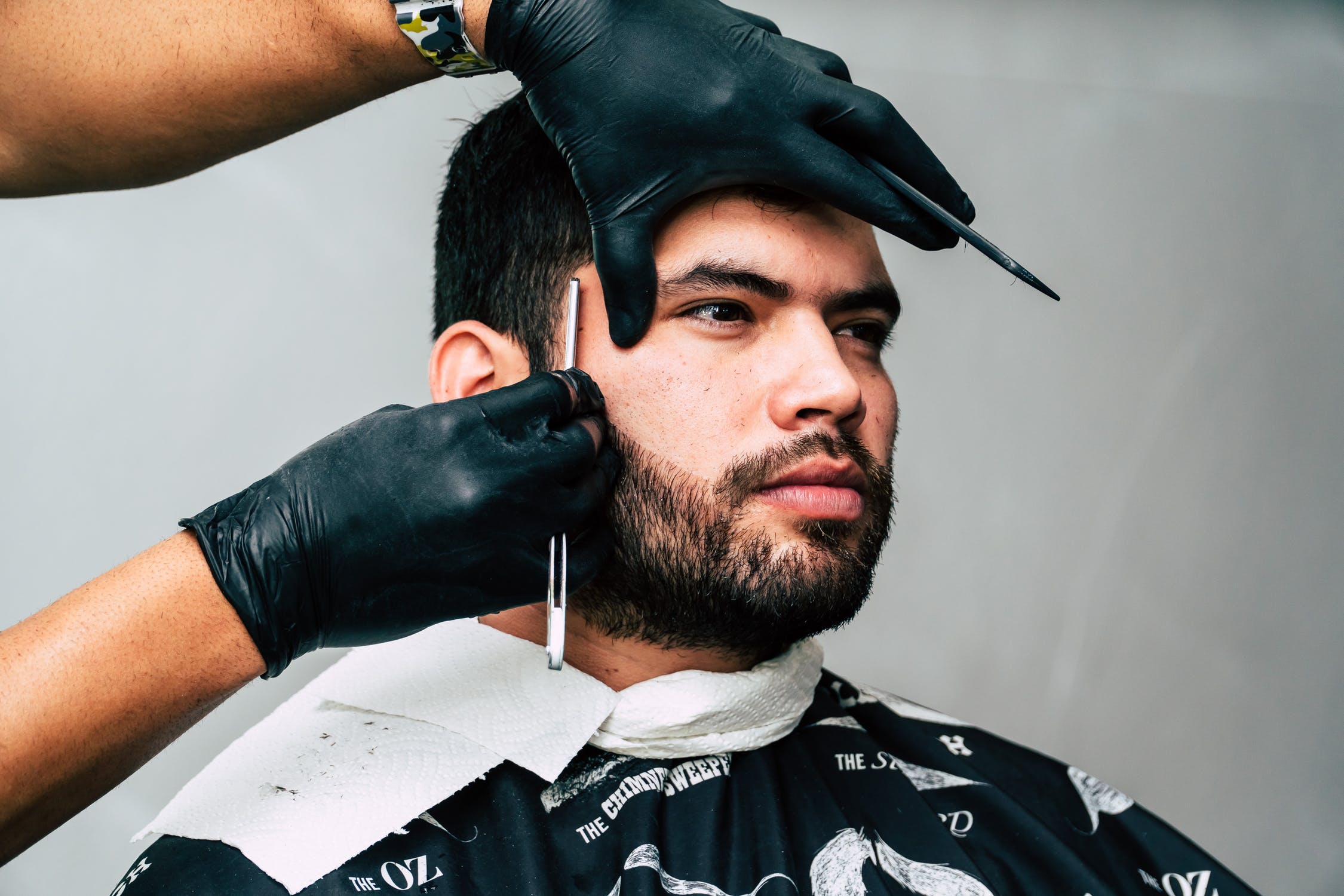 A new take on the 30 year old tagline from Gillette is being trialled to help eradicate 'toxic masculinity' in the #MeToo generation.

The new advert from shaving giants Gillette was launched January, 13th and has already racked up 28 million YouTube views in less than a month. The 2 minute piece of content puts a whole new spin on the classic testosterone fuelled strapline - the opening sequence of the ad shows a boy being chased and bullied by a gang of youths whilst the voiceover begs the question:

The ad, entitled 'We Believe', shows various clips of different men looking in a mirror whilst news reports about the #MeToo campaign are broadcast in the background. 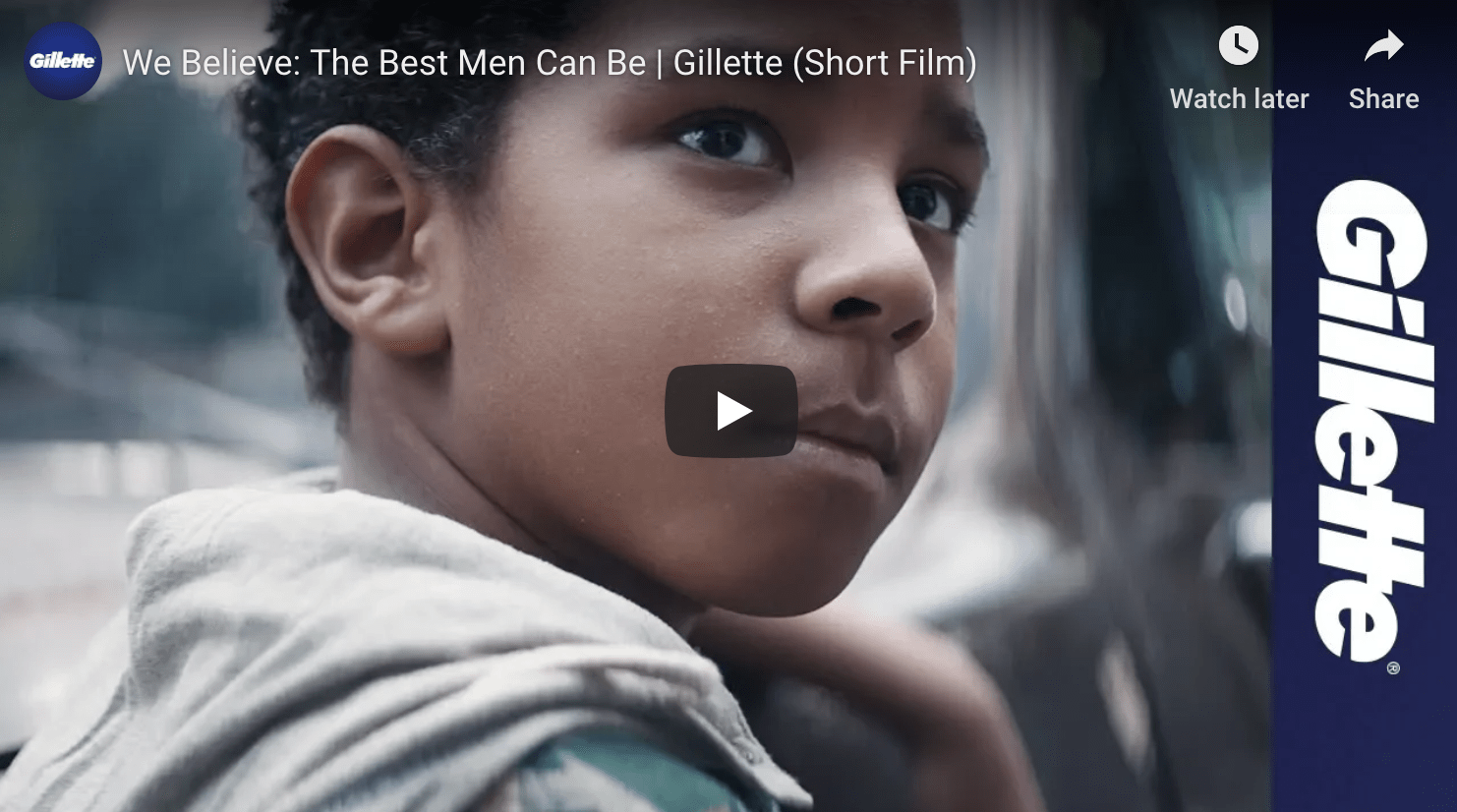 The commercial continues with examples of 'toxic masculinity' including sexual harassment and fighting. Running alongside these images the advert opines that the excuses that we use to defend such behaviours should no longer be tolerated:

"We can't hide from it. It's been going on far too long. We can't laugh it off. Making the same old excuses."

After highlighting the issue the ad depicts how men should react by stepping in to prevent toxic masculinity such as a father intervening to stop two young boys having a scuffle and a grown man admonishing his friend for catcalling after a woman.

The ultimate question is whether we should ask is this 'The Best A Man Can Get' or whether it should become 'The Best Men Can Be'.

The ad represents a real departure for P&G who have dispensed with their usual formulaic approach on Gillette (hunky man has a shave without his shirt on whilst listening to an 80's soft rock track and then goes outside to be admired by attractive women) in favour of a more thought provoking message which feels much more authentic and real time. The video was directed by Kim Gehrig who was selected via a program called 'Free the Bid' which is pushing to have more female film makers in the movies, TV and advertising.

In conjunction with the new ad there is a website running along with the ad TheBestMenCanBe.org which provides much more detail on what the brand is trying to achieve plus information on how much they will invest in non-profit organisations to help educate men on why toxic masculinity needs to be addressed.

However, despite the seemingly well-meaning approach adopted by the new Gillette campaign, it has not gone down so well with some of its user-base. There has been a backlash on Twitter spearheaded by various indignant shavers who feel that the brand is trying to emasculate them. The counter point #GetWokeGoBroke campaign basically says that Gillette have gone too far and the new campaign is an affront to red-blooded males who defend their perceived masculinity:

Comedian @RickyGervais also got in on the act with his own acerbic reaction:

"I used to love beating up kids at barbecues. Now I realise that is wrong. Also, my balls have never been smoother. Thanks, Gillette"

Clearly the new ad has polarised opinion, so what do you think? Have P&G been brave with their new campaign for Gillette and captured the zeitgeist? Or do you think they have gone too far, become too politically correct and potentially damaged their brand? Is this a genuine attempt to eliminate toxic masculinity or just a cynical marketing ploy? (their market share has dropped by 20 percentage points in the last decade). Will this radical approach to shaving ads be a success in terms of sales or will it possibly erode their market share even further? Join the debate. I am keen to hear your thoughts...