The Emergence Of Robot Authors: Can AI Replace Human Writers?

The Emergence Of Robot Authors: Can AI Replace Human Writers? 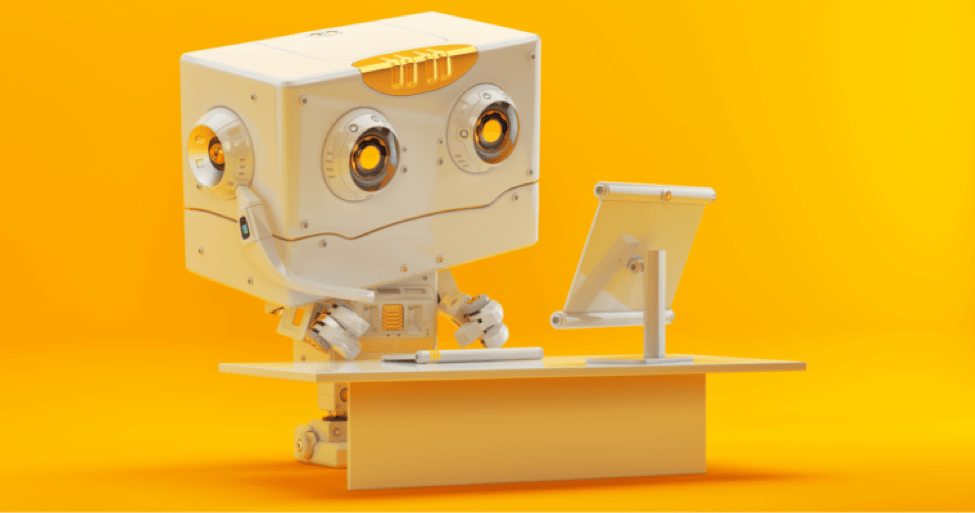 The escalation of robots is a legit fear which several individuals have. Some people presume that it will only take some time before robots get to take over the universe. They presume that they, as human beings, are creating or developing tools which could destroy them. This fear continues to intensify and become more real because of the increasing intelligence of artificial intelligence technologies all over the world. Unlike some time back, robots today can write codes which can develop other smarter robots. Hence, this makes many people wonder about the period it will take before human beings find it hard to comprehend technology. Some people choose to pay for writing help to read more about how AI could replace writers.

Well, you need not worry much about it. Set your speculations aside. There is AI. Research shows that a significant percentage of today’s existing professions could undergo AI and automation replacement within the next ten years. Furthermore, several manufacturing jobs are undergoing automation, and majority factory workers have robots replacing them. Thus, it seems like jobs are no longer safe. Either way, robots will take over. So, you should not sit and ask, “What jobs will AI replace?” Instead, consider purchasing already written papers from paper writing services and read more on whether AI can replace human writers and what human beings need to improve so that this does not happen. Also, this article seeks to elaborate further on that.

Automatically generated content is any software product that has a subsequent web publication. It is not a new portent or phenomenon. Back then, there were raging controversies regarding ‘article spinners,’ which would take text and rewrite them in an automatic but poor manners. Nonetheless, there is a unique distinction between primitive spinning tools, and AI automatically generated content.

The modern generation of AI writing tools involves too much sophistication, and they are improving at a remarkable pace. Software with automatic generation uses algorithms with particular regulations to build intelligible text, thereby creating various writing styles in the process. As you read books about robots taking over, you will come to know more about how some companies are investing in AI to make the utilization of these algorithms conventional.

Many professional writing jobs are on the brink of coming to an end with the rise of AI writers and robots. Regardless, it is a blessing. For example, AI tools such as plagiarism and grammar check tools help writers to perfect their work by spotting errors which they may miss with their subjective eyes.

Additionally, robot authors encourage human authors to continue enhancing their skills in fields that they are more competitive. For instance, robots are not emotional, do not have philosophical perspectives or memories. Human beings are better at capturing nuances that only their senses can process. Essay writing jobs and other philosophical works will remain in the domain of human writers as they are deep thinkers.

Will Your Job be Replaced by Robots?

Responding to this query is not easy. It is harder for AI to penetrate in some fields than other areas which require human creativity input, such as content creation or art and music creation. However, AI-generated writing continues to rise fast on the internet. Hence, many people wonder whether automated insights jobs will take over their careers.

Studies show that in a couple of years, a small percentage of business content will be under machine writing. Also, there are predictions which show that AI could reach a human beings’ average smartness level.

Should We Start Worrying?

The modern AIs are not good writers yet. Yes, they can generate text and sound like humans. But, it is too easy to figure them out. They act like human beings, which is a huge distinction from being human. And, you can spot this in the content they create. Even though they can handle type writing jobs, their content is different from that of human beings.

One of the ideal methods to get a feel of AI-generated text is by interacting with chatbots. They are getting better at communicating with human beings as the days pass. But, besides holding simple conversations and answering simple questions, they cannot do more.

How Human Writers can be Improved

Human beings should be proud of their newspaper writing jobs and other jobs, such as building intelligence and outstanding robots with computer algorithms. Additionally, you need to remember you have an adaptive trait. You can hone your skills by comprehending the changes around you.

The Difference between AI and Human Writing

Nowadays, it is easy to distinguish a human author from an AI writer by looking out for the voice in their texts. Human authors have a voice in their writings. When reading their papers, you may feel like they are speaking to you. AI writers do not embrace this sort of flavor. Hence, this makes human work more enjoyable.

Another difference is that writing robot content is not creative. It can find words, organize statistics but not develop their ideas. Thus, humans will always prevail, thereby making creative jobs to last for long.

Comparing Human-Written Articles to those Written by AI

Also, it is easy to relate to human writing as humans have memories, preferences, and emotions which AI does not. Hence, these make human authors irreplaceable.

Even though robot writers are a blessing, there are several drawbacks of artificial intelligence replacing jobs. First, robot writings are difficult to understand, as it is hard to relate to what they are communicating. Second, robots do not have the human being’s level of intelligence. Thus, they cannot write an article to perfection like human beings. You can encounter difficulties trying to figure out what they are communicating. Also, they may not be able to see the work end of their articles as they do not know how to develop their ideas.

In conclusion, robots are continuing to increase at a steady pace. And, this instills some fear in many people. The majority often fear that they may lose their jobs to robots. But that is not the case. Even though most manufacturing jobs involve machines, you need to know that robots are not that creative. You may seek writing help from a resume that works and the human writers there will help you to produce an outstanding article. But, when you hire an AI writer to manage your work, you may find it difficult to understand what they are communicating. Thus, you should not worry about robots replacing human writers as this will take a lot of time.