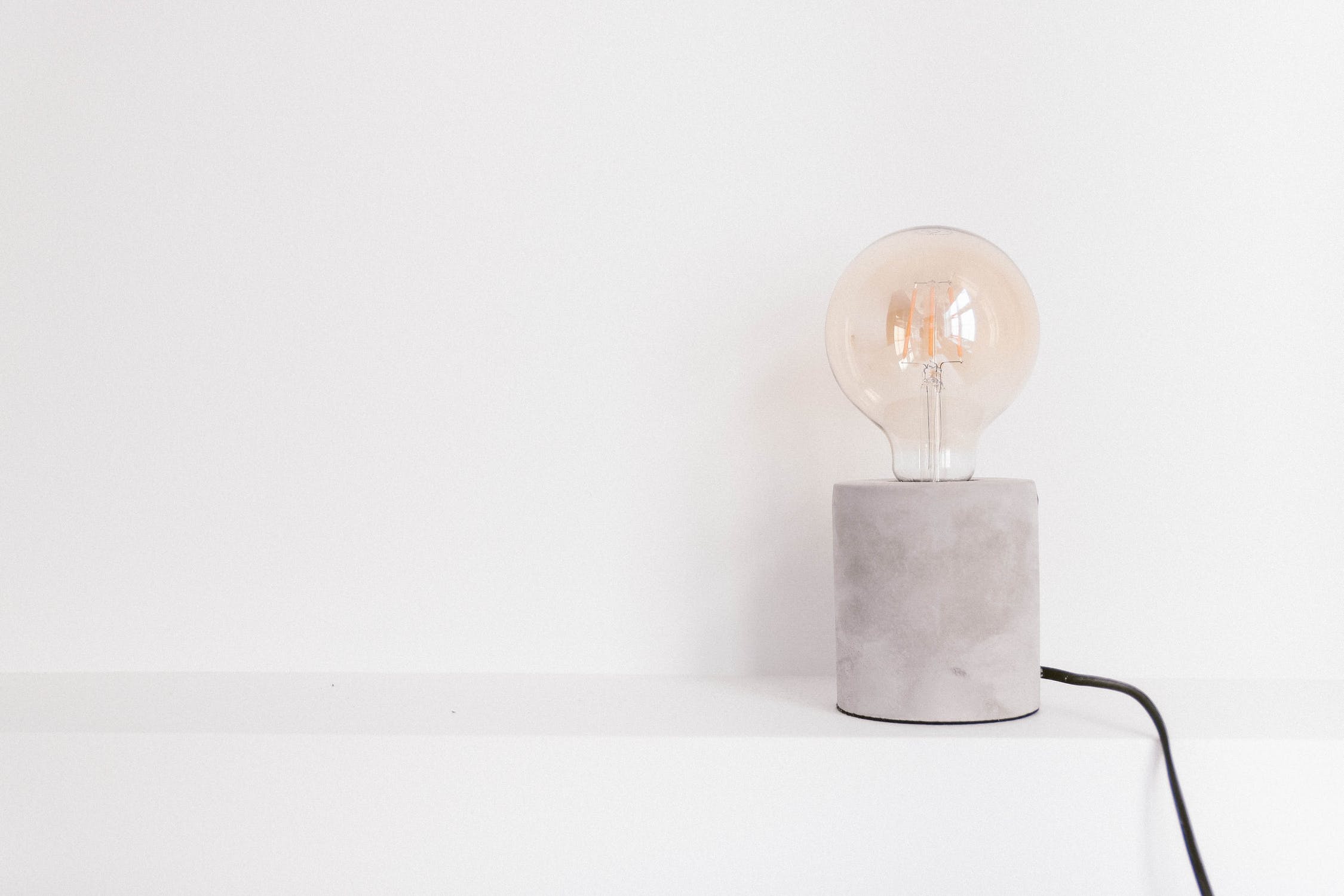 Thomas Edison (1847-1931) is arguably one of the greatest innovators that the world has ever seen.

While most remains enamoured by the sheer number of inventions that he was accountable for (a holder of 2,232 patents, including 1,093 US patents), but this piece is not so much on his inventive genius as on his ability to commercialise those ideas. Some of his greatest include the phonograph, the electric bulb, motion picture camera; and the most important of them all, General Electric.

Edison, along with his contemporary- Nikola Tesla, was instrumental in giving shape to the modern electricity system. While Edison was a great proponent of Direct Current, and Tesla that of Alternating Current (which eventually became the dominant standard), the extent to which Edison went about commercializing and scaling his creations sets him apart.

The Edison Illuminating Company, in 1882, had build New York's first power plant at the Pearl Street Station powering over 400 bulbs and grew ever since. From small systems sold for industrial usage, this was the first wide scale adoption of the technology.

The innovator of the electric bulb, Edison didn't stop there, he went about building the entire electricity system. That's being holistic and systemic, the cornerstone of Design Thinking.

To appreciate the holistic thinking Alva had and how it inspired Jeff Bezos, watch this 2003 TED talk by the billionaire. 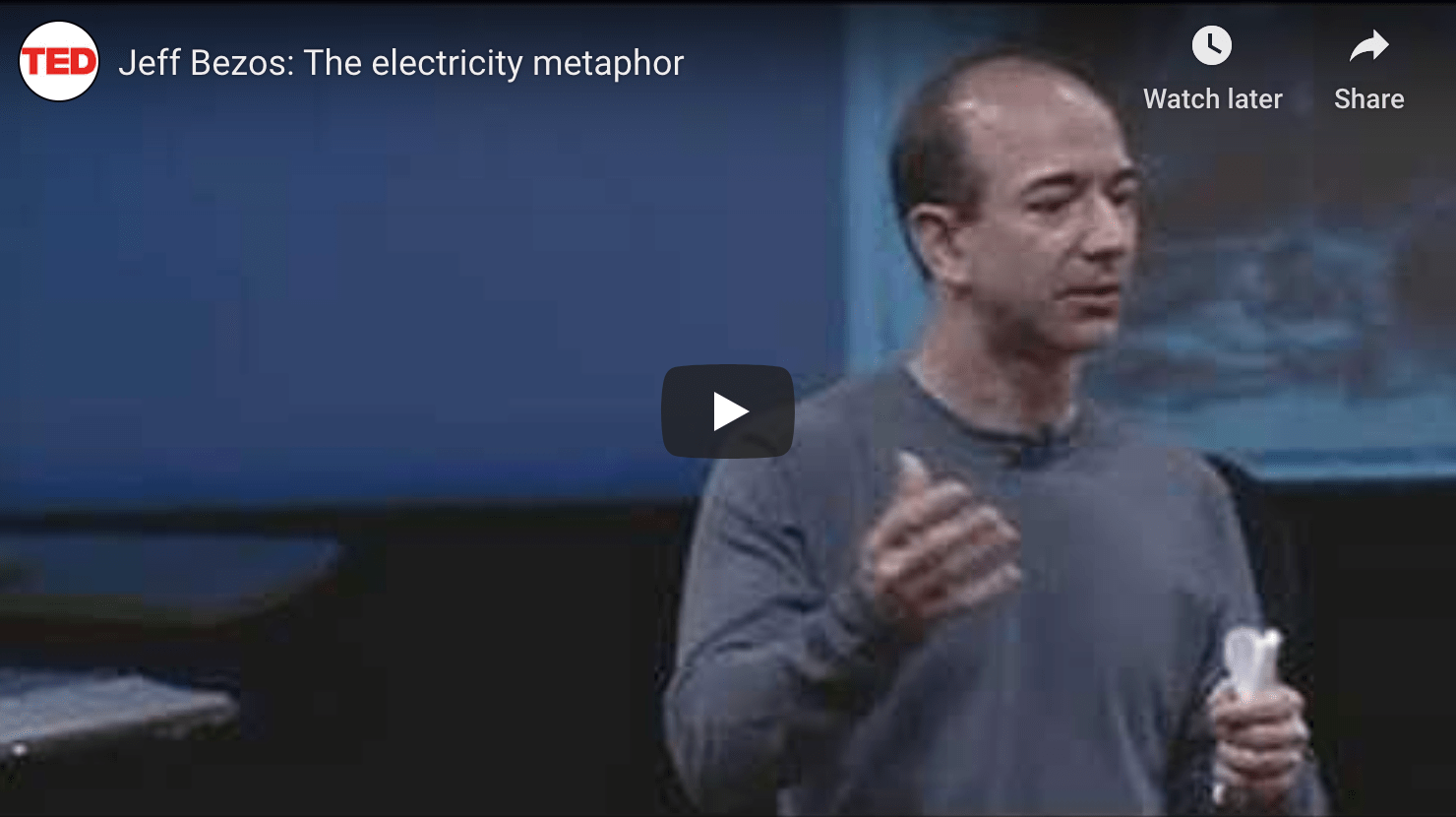 In 1876, when Edison had set up a laboratory in Menlo Park (the first of a kind in the world), he promised himself of "a minor invention every ten days and a 'big trick' every six months". These comprised of systems, sub-systems, and super-systems for things to work, one of the most known systems is the Electricity System, of course.

His life's work then was centered around inventing things for which customers (or need) existed. That's your 'Customer Centricity'.

Alva (as call in his childhood) was no ordinary child. He was thick skinned from the very early days. He would routinely get trashed by his dad, would get into altercations with his school teachers, leading him to be homeschooled by his mother. He didn't mind selling newspapers and candies at an age 11, and even setting up a working laboratory on-board a railroad cargo where he used to work. He used to care least about his looks, clothes, what he ate, or didn't, how much (or rather little) he slept, and later on, about his time and relation with his wife and kids. A routine social outcast.

Cutting down distractions, social or even psychological in nature, allowed Thomas to really focus on things that mattered- Experimentation (more on this later). He failed and at numerous times, but succeeded gloriously. The following quotes sum-up the uninhibited attitude that the man carried.

Just because something doesn’t do what you planned it to do doesn’t mean it’s useless.

Opportunity is missed by most people because it is dressed in overalls and looks like work.

I never view mistakes as failures. They are simply opportunities to find out what doesn’t work.

People are not remembered by how few times they fail, but by how often they succeed. Every wrong step is another step forward.

One of the gravest myths about Edison is that he did it all by himself. That's, in fact, a myth we keep harboring about for all creators and inventors.

The Wizard, though not very sociable, did have connections at both the levels- operational and strategic (though he may not like this word).

At the strategic level, he was good friends with the industrialist Henry Ford, the naturalist John Burroughs, and Harvey Firestone, of the Firestone fame. The photo is from the 1914 Everglades vacations. Also with various industrialists and political figures, in most of the West.

Here you see a part of Edison's team that helped give shape to some of his (crazy) ideas. These guys would be perennially sleep deprived, away from their families, and without much of a hygiene working for their genius master. The so called 'Insomnia Squad' was the invisible hands of Edison's brains.

Essentially, Edison was a collaborator. The very creation of Edison Electricity Company in 1876 was owing in part to the funds of American industrialist JP Morgan!

For all the genius Edison had, he was well aware that he can't pull everything by himself, and need hands, minds and deep pockets to be systemic in his view and impact. A very key insight for modern day tinkerers.

The signature strength of Edison was his ability to keep at an experiment in the face of failure. His iterative approach (10,000 failed attempts before the electric bulb worked), was just one of the more famous ones. The phonograph, the motion picture camera, power generation, distribution, and numerous such attempts were highly iterative and incremental in nature.

Of his most famous creation, the electric bulb, Edison went about several iterations, on the shape, material of the filament, the gas, current, etc. He tried hundreds of materials that could potentially go into the making of filament-- including human beard hairs, and furs of all available animals.

Such a tinkerer he was that at his Menlo Park laboratory he had over thousands of available materials, that can be put to use in one experiment of his or the other. At one time, Edison was keen to help make better rubber for Firestone and he had set his team out to look for all possible rubber plants across the world and possible materials (not to much eventual success though).

The key difference between Tesla and Edison was - hard work. Tesla was a genius, but Edison was brute hard work, trial and error, experimentative, and hence more real (and inspirational). 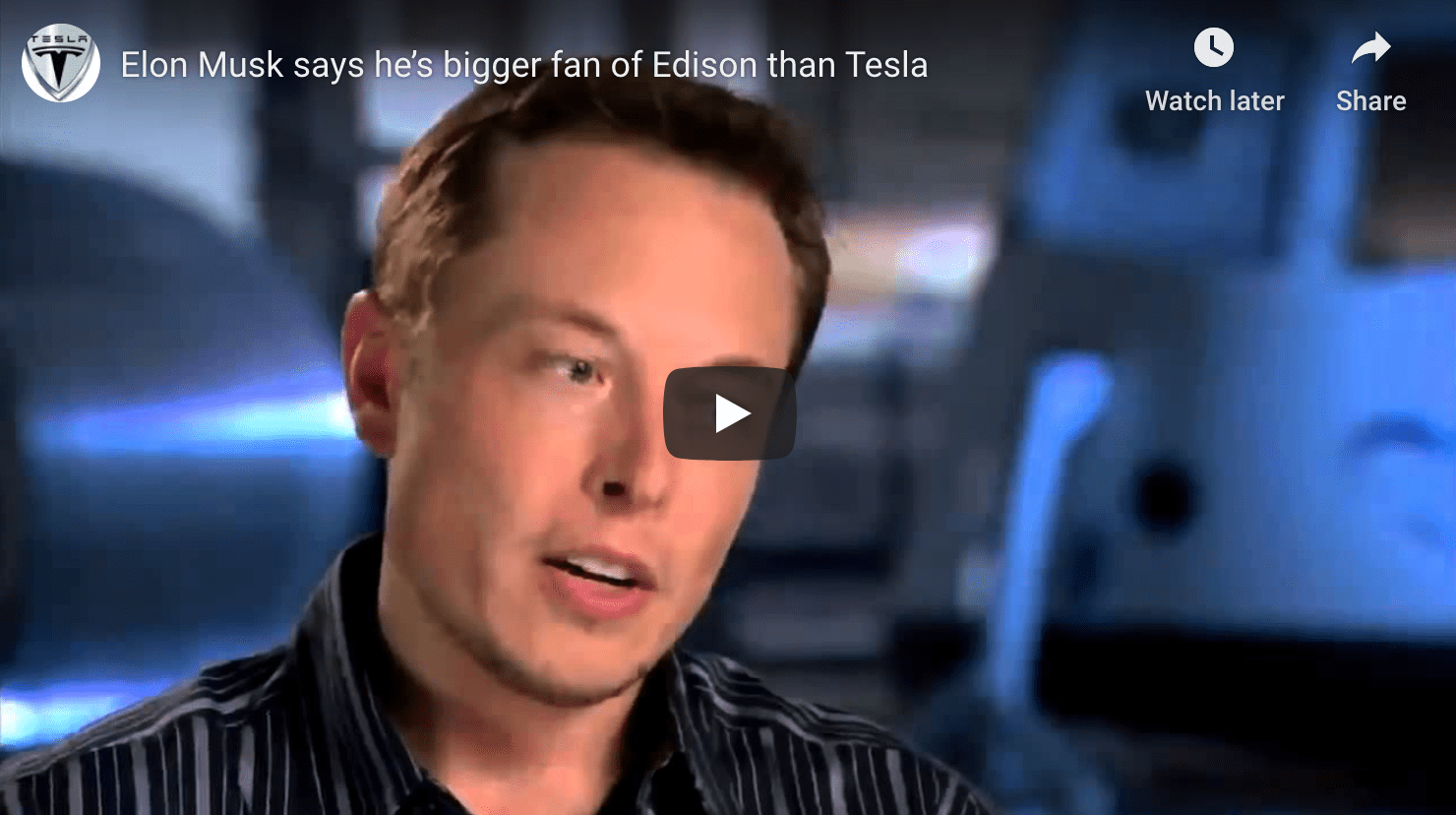 A few quotes to that accord.

Success is 90% perspiration and 10% inspiration!

The three great essentials to achieve anything worthwhile are: Hard work, Stick-to-itiveness, and Common sense.

Inspiration can be found in a pile of junk. Sometimes, you can put it together with a good imagination and invent something.

Design Thinking calls for visualizing your ideas such that you can think better and that others also know what you are thinking about. As Tim Brown says, "it's not about thinking to design, but designing to think better".

Much like the sketches of Leonardo Da Vinci, those of Edison were numerous and incisive. Understanding that Edison had no formal education, let alone engineering qualifications, his sketches lived long after him and inspired millions. Another significant departure from Tesla who almost never drew his concepts and took pride in getting his ideas fully formed in his head.

Here're some of the more famous of Alva's sketches.

Being holistic, uninhibited, collaborative, iterative, and visual were but some of the attributes of Thomas Edison -- characteristics that can be honed systematically and effortfully. But this takes courage -- a commodity in increasingly short supply.

Leaving you with one of the most important of Edison's statements in the context of Design Thinking:

The man who doesn’t make up his mind to cultivate the habit of thinking misses the greatest pleasure in life.

Hope you found the piece useful. Do reflect.