What Modern Leaders Definitely Get Right

What Modern Leaders Definitely Get Right 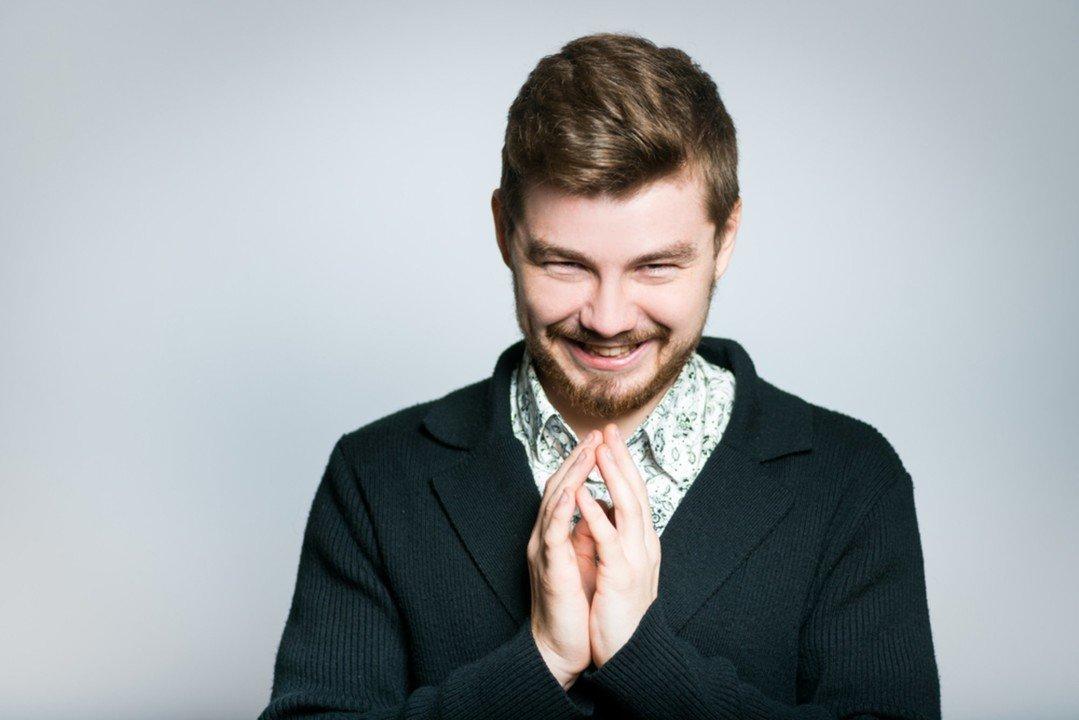 When you see a red light on the stove, you assume the stovetop is hot, and therefore, don't place your hand on it. In this case your assumption is correct and it protects you from harm. That’s because, we process information through filters that help us make decisions based on previous experiences and information. But making assumptions doesn’t always have positive outcomes. For example, if you start a new job and assume the day begins at 9am without asking anyone, you run the risk of being late.

I like to describe leadership this way when we teach it online or in workshops. Think of leadership in the context of a lever, yes a lever the a simple machine (pictured below): 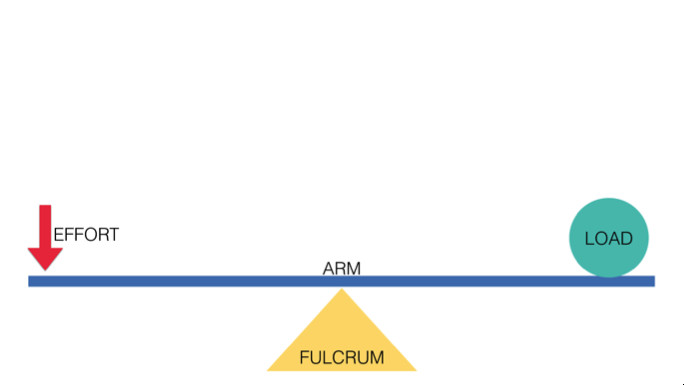 If I were to ask you which element of the lever represented a leader and which represented their team, what would you say (Effort, Arm, Fulcrum, and Load)?

Now most people assume the leader is the "Effort" on the left side of the image and the team is the "load" on the right side of the image. If you guessed that, don’t feel bad. It's natural to think the leader is the "Effort" and the team is the "load" because we are taught from the minute we start work that our leaders are responsible for the results. In actuality the leader is actually the "Fulcrum." The "Effort" is the team effort and the "Load"is the business results (See example below). This is the cool part, based on where the leader positions themselves, it impacts how their team’s efforts produce results. 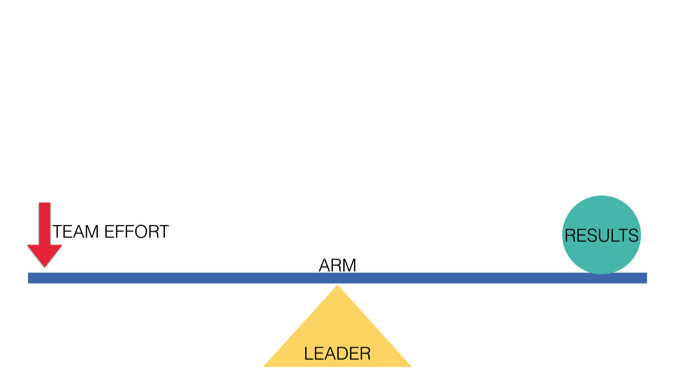 What Happens When a Leader Focuses on the Results?

If the move the leader more towards the results end, the team will have to work harder and travel a greater distance, but the results will barely rise. 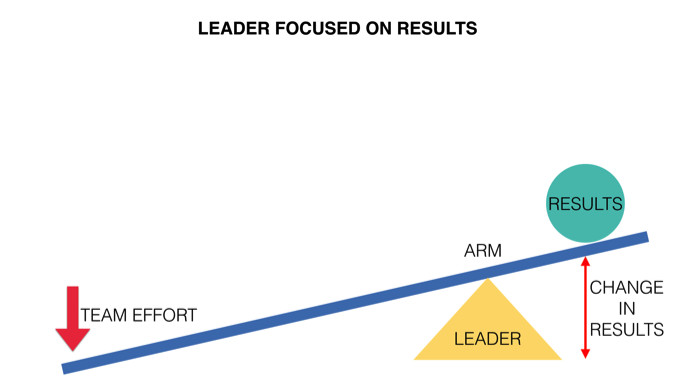 What Happens We a Leader Focuses on the Team?

If the leader moves towards the team effort, the results will raise higher. 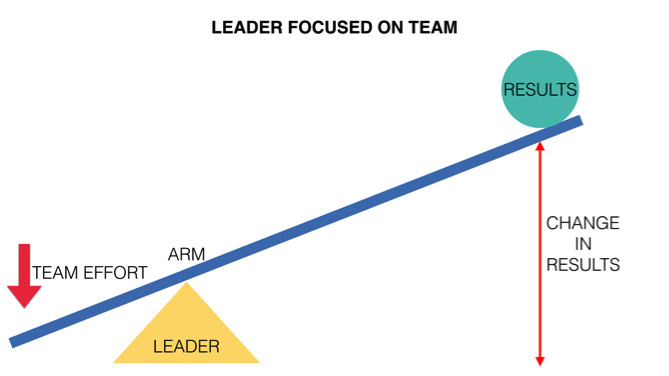 See, the Leader is NOT directly responsible for the results – the “results” or the upward movement is directly tied to the team’s effort, but is influenced by the leader’s positioning or focus.

For example, the idea that a leader is responsible for the results has been carried by people moving into leadership positions from their days being part of a team. This view has caused an epidemic of leaders who micromanage; spend too much time being players instead of coaches; and is the primary reason why 60% of new managers fail every single year.

What Modern Leaders Get Right

Modern leaders understand a significant mindset shift is required to be an effective leader today. Here it is, and it's something I originally learned from Simon Sinek:

Now this mindset shift is simple to understand, yet difficult to put into practice. It’s a difficult mindset shift to move from pure contributor to leader of people. But the shift is critical for modern professionals to be a successful leader today.

John Adams was way ahead of his time when he said: “If your actions inspire others to dream more, do more and become more, you are a leader.” Bill gates took Adams’ definition and modernized it saying, “…leaders will be those who empower others.”

These men were centuries apart, but knew being a high performing leader meant focusing on people. Modern leadership isn’t about title or authority – it isn't about having followers who are waiting to be told what to do and how to do it. It’s about positive influence. The best way to say it would be:

Influencing people to movement towards a worthwhile goal over an extended period of time.

So I commend you to influence your team in a positive way if you are a modern leader that has adopted this mindset shift and are putting it into practice everyday. Please don't keep it to yourself and communicate it with others so future leaders can adopt it. If you haven't adopted this mindset shift, don't let the day pass without thinking what you are going to do differently tomorrow, to make it a reality.