What Research Shows the Most Effective Leaders Do Differently

What Research Shows the Most Effective Leaders Do Differently 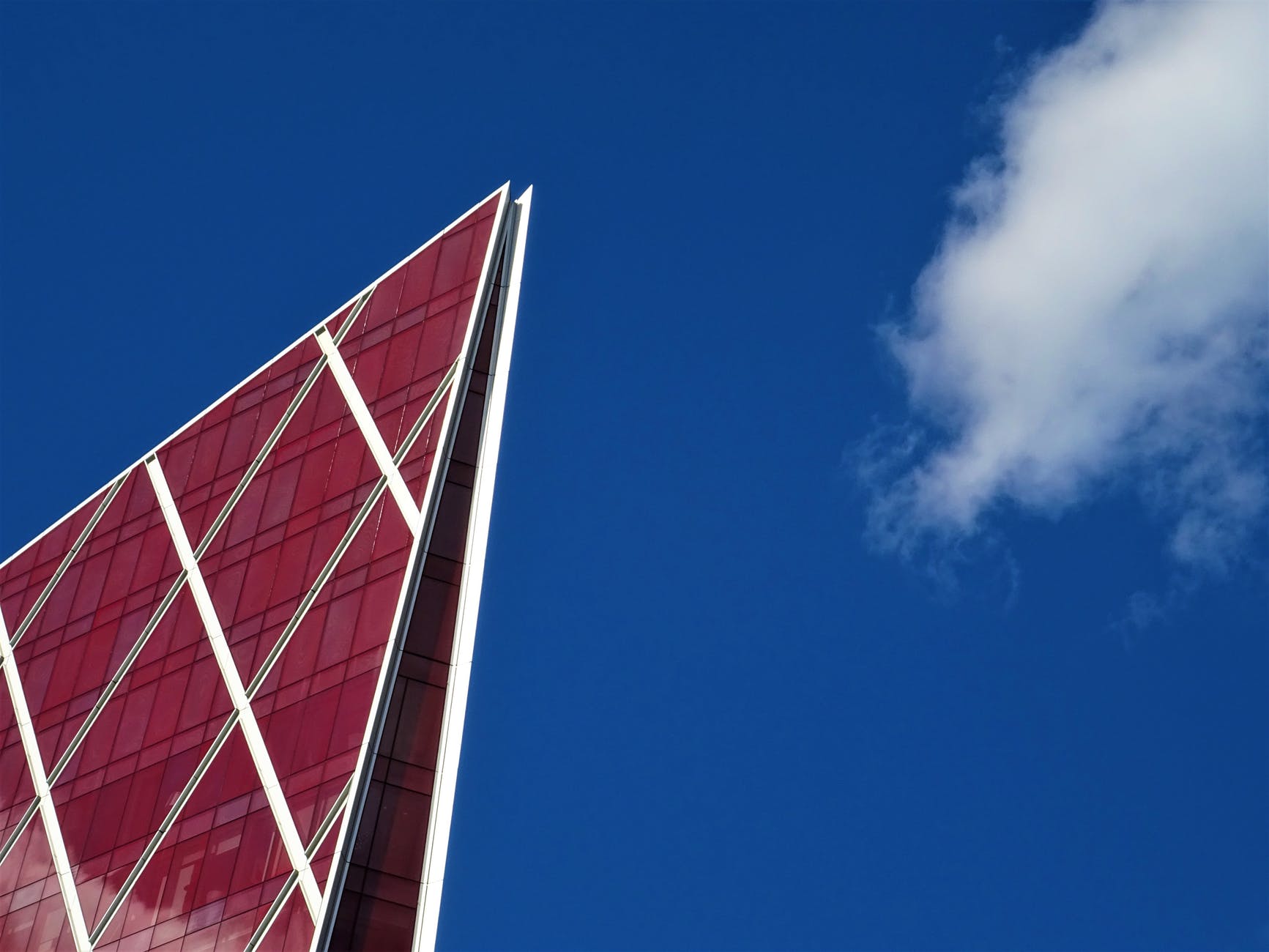 I assumed I knew what it took to be an effective leader. My first six months of leading a team consistently proved my assumptions to be wrong. I made mistake after mistake. Yet, I knew, after observing the leaders around me, leadership was skill that could be developed and with enough work and effort I could to become a more effective leader.

This knowledge gave me the green light to seek out and learn what the best leaders do consciously and unconsciously. What followed was a 3 year journey studying and interviewing coaches, organizational leaders, and thought leaders. A common theme emerged around two core areas - love and discipline.

These areas can be interpreted in a number of ways, so let me define them to ensure we are on the same page:

Love (verb): To contribute to someone’s long term success and well being.

Discipline (verb): To promote standards in order for an individual to choose to be at their best

By using these definitions of love and discipline, it became more than evident the most effective leaders had a correlation in their ability to simultaneously lead with high levels of both love and discipline. At the same time, a lack of either love or discipline, was one of the reasons for a leader to fail or become ineffective over long periods of time. 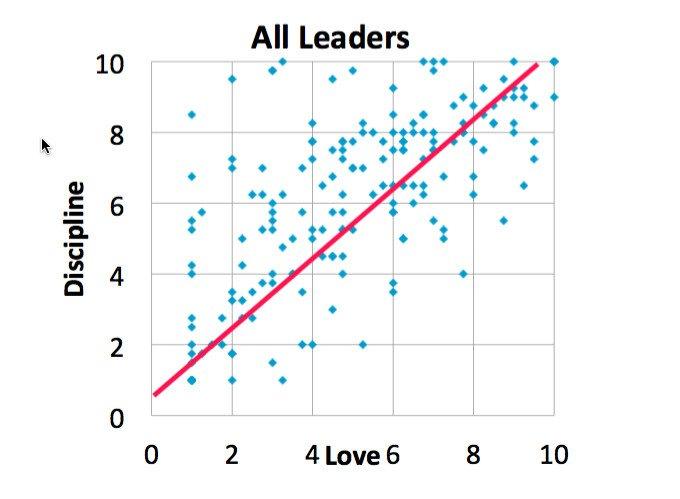 I didn't want to stop at the empirical evidence and knew research was required to determine if this idea of "love" and "discipline" was true in the workplace. We conducted a study of thousands of leaders. The study uncovered a direct correlation between leadership effectiveness and high levels of both love and discipline.

The formula great leaders leverage isn't hard to understand (simultaneously maintain high levels of love and discipline), but it is extremely difficult to put into practice on a consistent basis. The research indicated an area that the best leaders stay in, what we call the "Welding Zone." 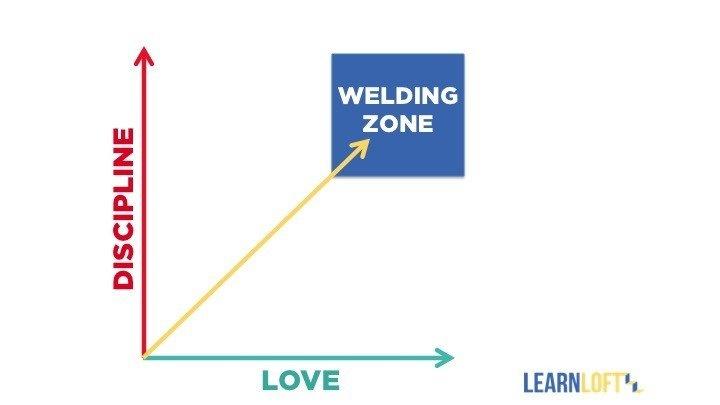 Here are a few things you can do to stay in the Welding Zone:

Live out the real purpose of leadership

I have always loved Bill Gates quote about leadership, “The next generation of leaders will be those who empower others.” Just this week on the Follow My Lead Podcast, Leadercast CEO Duane Cummings said, “It wasn’t until I understood that leadership was about serving and pouring into others that I began to truly lead.” Bill and Duane are exactly right.

Allow yourself to be vulnerable with your team

Vulnerability is defined as the quality or state of being exposed to the possibility of being attacked or harmed, either physically or emotionally. Sounds like a rough place to be, but it’s exactly where great leaders place themselves on an ongoing basis.

Most people think of “standards” as a bad thing. Standards are the gift that keeps on giving to leaders. A standard is “defining what good looks like.” Many leaders make the mistake of assuming their people know what good looks like. Standards are powerful because they allow people to choose if they are going to meet, or exceed those standards. Give your people the opportunity to make that choice.

Enforce consequences for not meeting standards

It’s one thing to set standards and communicate them, it’s another to enforce them. Standards mean nothing unless you are willing to consistently reinforce them regardless of the person on the team.

These are just a few things leaders do to stay in the "Welding Zone." If you aren't living these out through your behaviors as a leader don't fret. The best part of leadership is it a skill than you can improve and develop, so start right now.

View all
5 Steps to Good Governance
3 Tenets Leaders Should Know About Ethical Artificial Intelligence
5 Effective Resource Management Strategies for 2022
What Makes A Good Designer/Client Relationship?
How to Implement Remote Working Protocols Securely
How to Rearrange the Innovation Process
Electrical Engineering & Substation Training Using Virtual Reality
Benefits and Challenges of Smart Energy Grids
Why Big Data is the Future of Sustainable Fishing?
What Are the Top Benefits of Solar Panels?
Smart Water: An Effectual Solution For Flooding And Leakage Prevention
What the Future of Renewable Energies Means for Workers?
Arctic Bearz is the NFT with a Heart
38 Ways To Save Money and Become Rich
A Guide To Bad Credit Loans
How to Create & Sell NFTs
A Market Analyst Claims That Activision (ATVI) Is Still a Great Buy
How To Measure The ROI Of AI In Accounting
The US Economy as 2022 Begins
Advice for Academic Writing About Data
The Fed as Borrower of Last Resort?
US Pharmaceuticals: A Bifurcated Market
The US Labor Market Remains Weak Amid Inflation Spike
When New Immigrants First Go to an American Supermarket
Is Artificial Intelligence Fueling a Nuclear Arms Race?
Dubai Becomes World’s First 100% Paperless Government
Is Social Media the Breeding Ground For Fake News?
Why Countries Need A National Artificial Intelligence Strategy
Money versus Currency: How Governments Steal Wealth
Eric Zemmour Officially Announces His Candidacy For French Presidency
Post-Covid19 Era and The 5th Industrial Revolution
Machine Learning and 5G Are Crucial to Scale the Metaverse
New Scientific Breakthrough: A Man Receives Pig Heart in World-First Transplant
It’s 2022: DIEt or LIVEit?
Why We Urgently Need A Global Healthcare Renaissance? Lessons From the Covid-19 Pandemic
5 Applications of Machine Learning in Healthcare
10 Tips for Storytellers
How to Make Yourself Indispensable at Work
Grow Where You are Planted
Reflecting On The Credentials of Educators
Remain Positive in the Face of Change
7 Habits of Highly Ineffective People
5 Things You Didn’t Know About Artificial Intelligence
To Leverage Deep Learning, You Must Know This First!
How to Regulate Artificial Intelligence the Right Way: State of AI and Ethical Issues
The Potential of Virtual Reality in Banking and Financial Services
Smart City Projects May Prove To be a Big Blunder: Here's Why?
How Virtual Reality Can Enhance Customer Experience Centers in a Post-COVID World