Why Great Leaders Focus on Reinvention After Crisis

Why Great Leaders Focus on Reinvention After Crisis 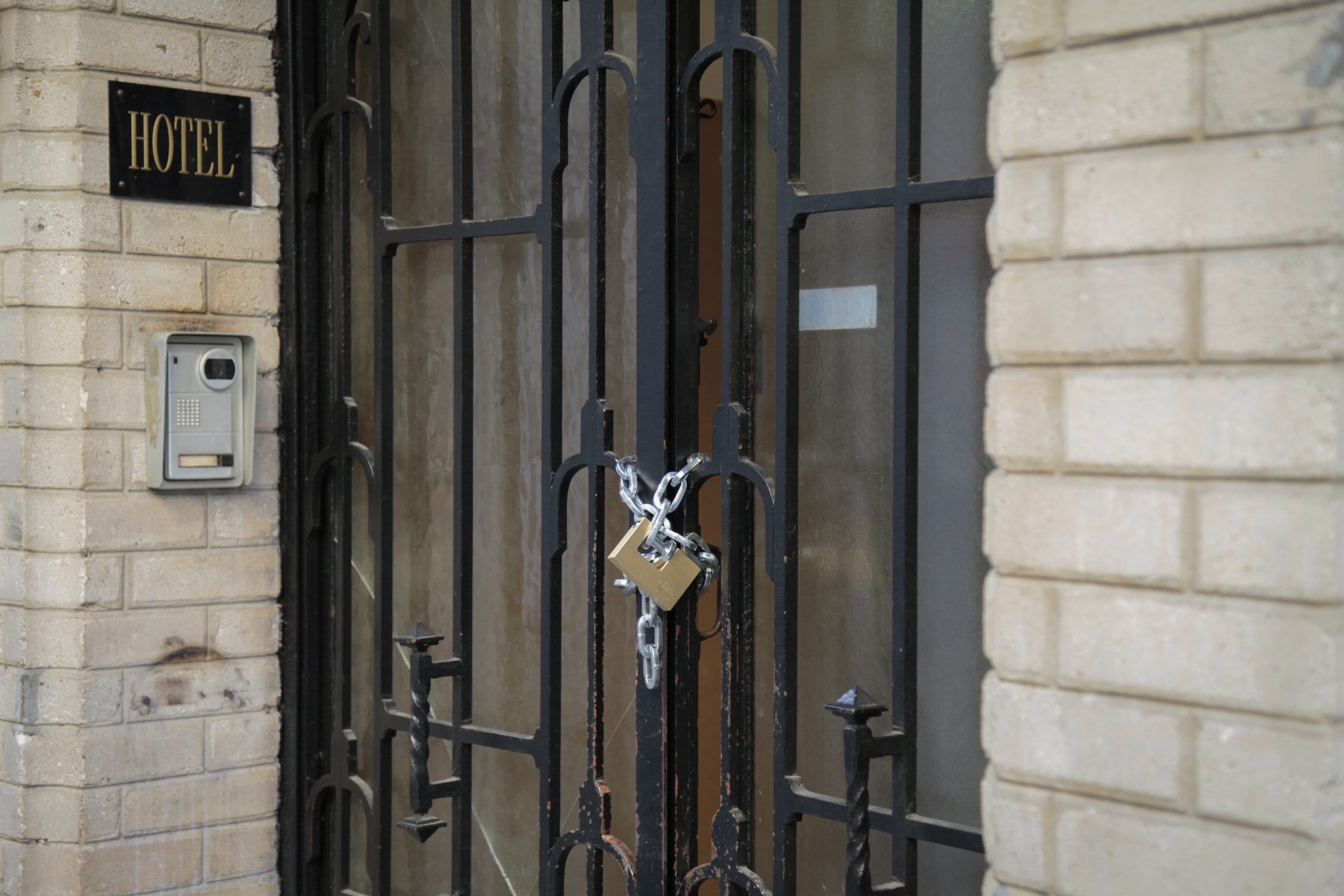 As we met over Zoom, my coaching client told me that his business was down 75% since the beginning of the coronavirus pandemic.

I could relate to his predicament; I too knew what it was like to lose a significant amount of business.

Anyone in this position would feel understandably insecure about the future of his or her business; what surprised me about this man was his steadfast demeanor.

“Your team and company has had so much success in the past, only to find the company in a state of decline with no end in sight. How is it that you are calm and speaking about a brighter future? What gives you that confidence?” I asked.

“It gives me an opportunity to not simply rebuild what we had, but to reinvent it. How exciting is that?” he responded.

This is just one example of how the best leaders don’t dwell on the past, but instead look towards creating a brighter future.

The future is made for leaders who don’t just rebuild but reinvent.

Reject the Desire to Rebuild

On September 11th, 2001, two airplanes were hijacked by terrorists and crashed into the North and South Towers of the World Trade Center. Within an hour and 42 minutes, both 110 story towers collapsed, resulting in thousands of deaths and billions in damage. In the months and years after the attack, many ideas were floated as to what should be done with the site of the awful attack.

Instead of rebuilding the towers as they were, the developers and city planners charted a different path. One World Trade Center was built; the tallest building in the United States that paid tribute to the events that took place in 2001.

The word rebuild means “to build (something) again after it has been damaged or destroyed.” A conventional approach suggests that if something is destroyed, simply create it again; replace it with an identical replica. In the face of this pandemic, recreating an exact model of your business or team may be a good short-term fix. However, when considering long-term success, leaders need to focus on reinvention.

There are endless examples of leaders who reinvented themselves, their companies, or even their countries. Howard Shultz of Starbucks; Steve Jobs of Apple; Jeff Bezos of Amazon are names that come to mind and fit into this category.

The word reinvention is best defined as “to change (something) so much that it appears to be entirely new.” While this is scary for most people, it is essential to the future following the pandemic. It takes confidence, courage, skill, and an open mind, and it doesn’t happen without leaders striving for it.

When leaders begin throwing words out like reinvention, it will spur doubt. It’s a natural response to hearing radical change, and uncertainty is on the horizon. Since doubt is rooted in both our intellect and our hearts, leaders must speak to both in order to help their team members overcome it.

We have all heard the saying, “actions speak louder than words.” While it’s true, both actions and words are key parts of the formula for reaching the hearts and minds of team members in order to help overcome doubt.

Just take JC Penney for example. The company which filed for bankruptcy protection on May 15th, also gave out millions of dollars in bonuses to key executives just 5 days prior to the filing. Their CEO, Jill Soltau has surely been working tirelessly to reposition the company and reinvent them for a brighter future. However, the actions of taking millions of dollars out of the business to line your own pockets doesn’t inspire action or help employees overcome doubt.

As I wrote in Building the Best, use the 3 C’s of successful communication. Be clear, concise, and conclusive then back it up with your actions on a daily basis. When you are doing this, don’t sugarcoat the current situation or the size of the challenge in front of the team. Define reality, provide hope, and challenge them to reinvent the future.

Think Boldly But Be Patient

As I began working on a new book over quarantine, I decided to write down a long list of all of my favorite life lessons. The first lesson I wrote down rolls off my tongue like I say it every day, “patience is a virtue.” When it comes to reinvention, patience is most definitely a virtue.

Each person’s willingness to adapt, their ability to learn, and to reinvent the future takes time. The best leaders not only understand this, but they start small and focus on looking at days and weeks instead of months and years. Start by asking a simple question (that may have a complicated answer):

What is going to hold you back from moving forward? Here are a few categories to help you get started:

Since each of the answers could be complicated and without a clear path forward, don’t fret. Start small and be patient.

The best part of crisis and struggle is that it requires great leadership to come through to the other side intact and even better. It requires leaders like my coaching client, me and you to rethink and reimagine a better future and others with them. So remember the old African proverb, “if you want to go fast go alone, if you want to go far go together.”

Your leadership is needed more than ever.

View all
Hybrid Work: What We Lose in a Virtual Workplace
Why Should Every Digital Business Invest In An Explainer Video?
Transforming Digital Businesses With Innovation, Knowledgeable Workers, and Effective Management
In Search of Unknown Angels
Why Great Leaders Believe It Before They See It
Why Work-From-Home Customer Service Agents Are Here to Stay
Sustainable Fashion: Recycling Challenges in The Textile Industry
Is The Internet of Things Making Way For Smart Agriculture?
Clean Energy and Pro-Mining
Lithium for Car Batteries: A Demand Shock Example
Sustainability Reporting Is Not A Proxy For Progress
Nitrous Oxide, Agriculture, and Climate Change
How to Choose the Best Online Trading Platform
The Top Tax Questions For The Season
The Pros and Cons of Using Bitcoin for Payments
Will Blockchain Finally Deliver as Promised or Will it Be Just Another Overhyped Technology?
How ATL Airport Parking is Cheaper Than a Taxi Ride
4 Changes FP&A Teams Need to Make Now to Future Proof Forecasting
Some Economics of Black America
Commodities, Supply-Chains and Structural Changes in Demand
Interview: Amartya Sen on a Bicycle
From Pandemic to Digitalization to Productivity?
The G-7’s Reckless Commitment To Mounting Debt
The Social Nature of Government Actions
Political Economy of the Pandemic Response
Queen Elizabeth II Marks 95th Birthday in Private
Covid-19 and Fake News: Exponential Rise of Conspiracy Theories and How to Prevent Misinformation
UK Budget 2021: Corporate Tax Rise, VAT Cut for Hard Hit Sectors Extended & Income Tax Thresholds Frozen
What If George Washington Lied?
Judges and Ideology
The Role of Context in Data
When the Invention Becomes the Inventor: How AI is Making Inroads in Scientific Discovery and Innovation
The World of Reality, Causality and Real Artificial Intelligence: Exposing the Great Unknown Unknowns
Redefining Artificial Global Intelligence (AGI)
Making Sense of Data Features
Driving The Next Generation of Artificial Intelligence (AI)
Post Covid-19: How to Develop a Solid Business Continuity Plan
Science of Learning: Why We Should Embrace Mistakes in Education
Camera or no Camera? Should You Show Your Face?
Photographer/Videographer Jiayi Liang Inspired by Fashion Runways and Nat Geo’s Famous Photographers
Pack and Give Back: 5 Tips for Supporting Local Economies When Traveling
Why Is There So Much Hype About Content Marketing?
An Enlightened Future with Artificial Intelligence
Using VR and Augmented Reality to Aid Driver Training
Key Aspects to Consider While Analyzing the Performance of a Mobile App
While Rolls-Royce is Basking in the Glory of IoT, When Will Your Business Capitalize on the Technology?
Shifting Gears: How Digital Technology is Reshaping the Automobile Industry
Why Do Businesses Need to Send the Right Emails at The Right Time?

Some Economics of Black America
Post Covid-19: How to Develop a Solid Business Continuity Plan
An Enlightened Future with Artificial Intelligence
Hybrid Work: What We Lose in a Virtual Workplace
Science of Learning: Why We Should Embrace Mistakes in Education