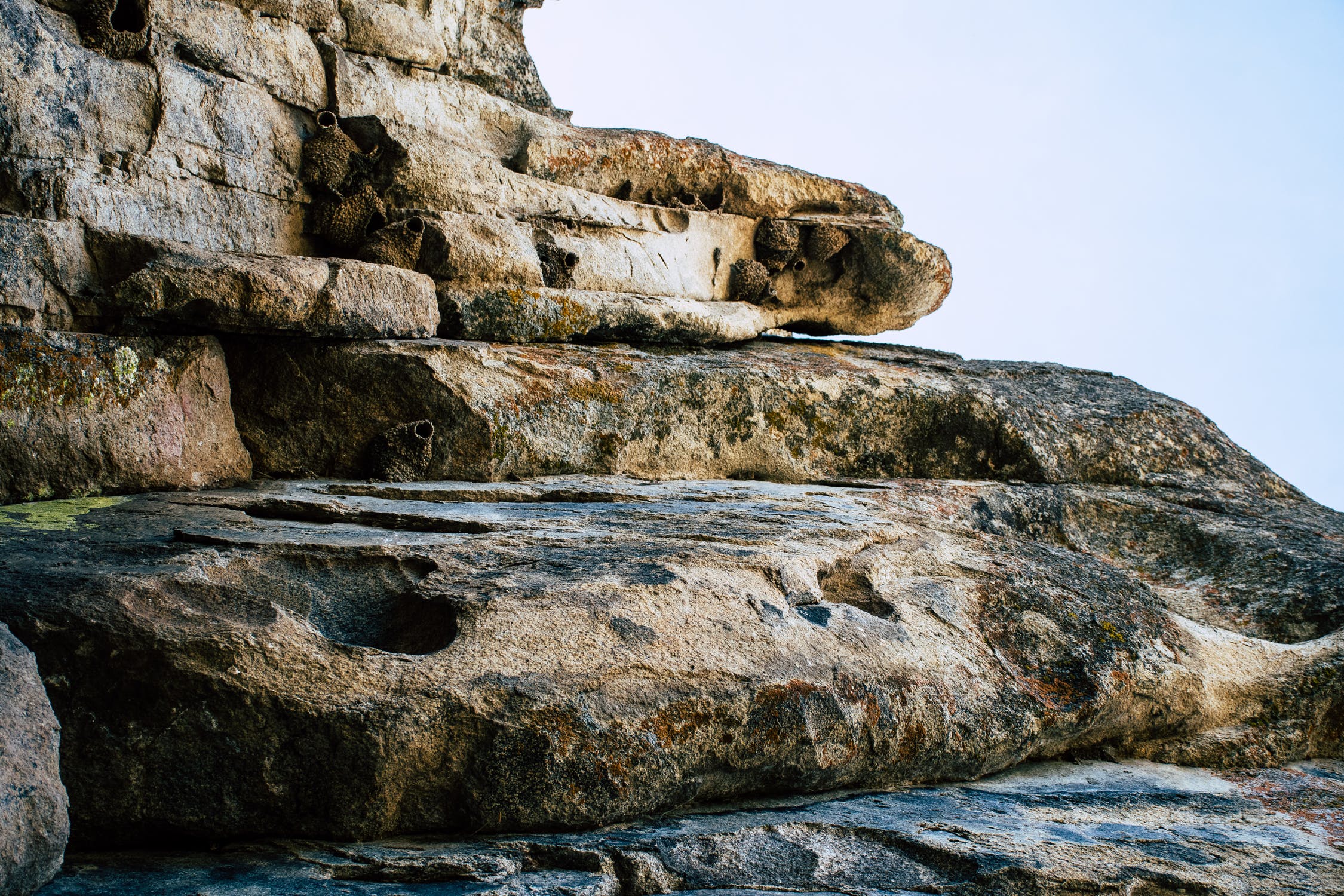 This is my father Roy. He is a man who I have never met. And, until a few days ago, had never even seen. This old grainy photo and the story behind it will hopefully make you understand why the phrase "don't put off until tomorrow what you can do today" is so relevant in life and in business... 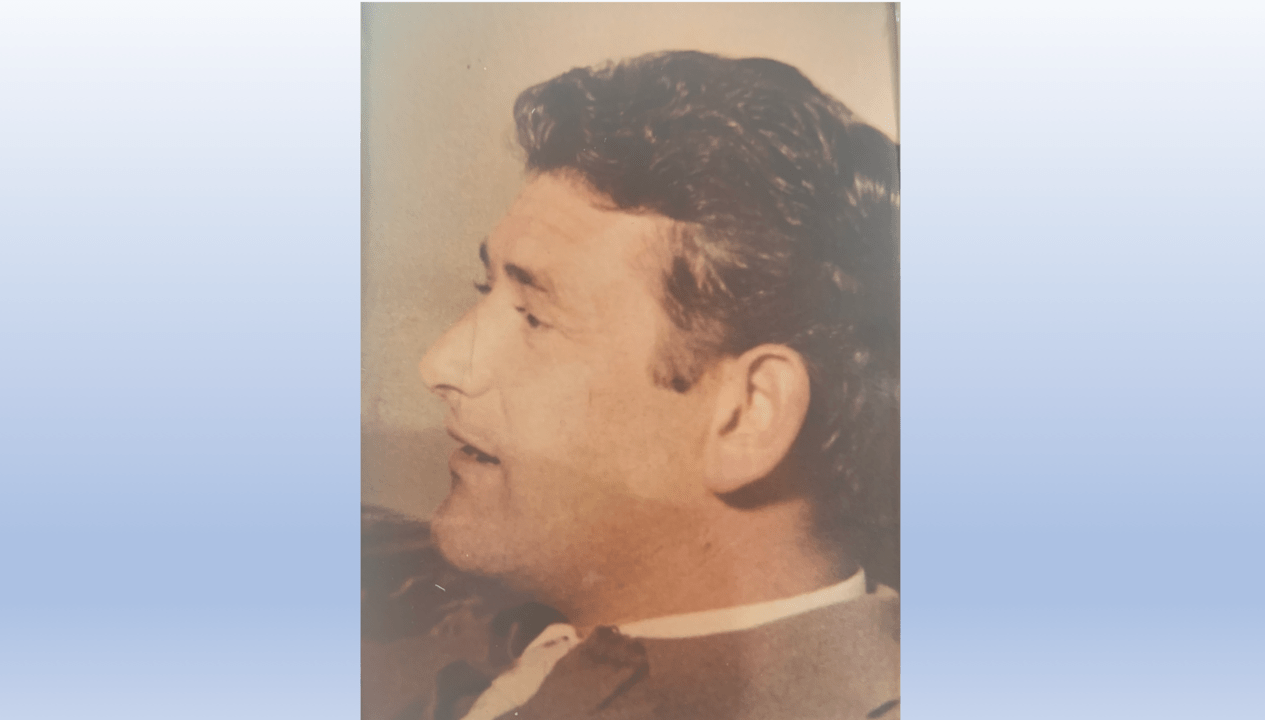 The harsh truth is that Roy left my mother before I was born and, to the best of my knowledge, never tried to make contact with me. Consequently I grew up without a dad and I suppose what you never have you never miss, so as the years rolled by I never felt the need or desire to make contact with him. But as you get older and have kids of your own, I guess you begin to wonder more deeply about your heritage and seek to understand your own identity more clearly.

My wife has always been keen to discover my background and has been coaxing me to start the search for my father, particularly as she wanted to see if our children resembled their paternal grandfather in any way. So after much cajoling and a fair amount of introspection I finally plucked up the courage to initiate the process of finding him about a month or so ago.

I used a company called Finder Monkey who I had seen featured on a BBC news item some time ago. They specialise in tracing people and to date have reunited 15,000 people with family members or friends that they had lost contact with. Indeed they have a 92% success rate in locating people, often with minimal information. And that was the situation with my case. All I knew was his name, Roy Barrington House, the fact that he met my Mother in Stockport, they lived together in Barcelona before they split and he had a sister called Anne. Other than that? Nothing. Not much to go on was it?

My expectation was pretty low to be honest because there was so little information that I could provide. But less than 2 weeks after I had briefed Finder Monkey I got an email from a lady called Sue to say that they had some information and I needed to call them asap. With more than a little trepidation I called them immediately. The initial information I received on that call was mind-blowing. They had found him. However, I could detect something in Sue's voice and sensed there was a 'but' coming. And so it proved to be as she went on the explain that he had died of a heart attack in 2012. To be honest I felt rather numb. It was an outcome that I had contemplated because, if he were alive, he would have been 81 and so I had already prepared myself for that eventuality. Also, I suppose it is difficult to truly grieve someone that you have never met or known.

All that said, when I came off the phone the realisation that I will never get to meet him after all finally hit home. I'm not afraid to say, I shed a few tears. Not really for the loss but more for the simple fact that I had left it too late and I only had myself to blame for that.

However, there is some redemption to the story. Sue went on to tell me that the person who had signed my fathers death certificate was called Michael House. After further investigation, they had discovered that Michael was in fact my half brother and is 4 years younger than me. It was a revelation as you can probably imagine. Not only that but they also had an address for Michael and, as part of their service, they offered to reach out to him on my behalf via a letter which would explain who I was and why I was trying to contact him. I was warned by Sue that these letters can sometimes be ignored for a whole variety of reasons: sometimes the receiver doesn't believe what is being said, or possibly they do believe it but don't want to be associated with the situation or maybe they just think its too much hassle and don't wish to be contacted. So I was advised not to get my hopes up too soon and basically just to be patient. These things often take time I was told.

So you can only imagine my surprise when only 3 days later I received another call from Sue to tell me that not only had Michael immediately responded to the letter he was also keen to speak to me.

The first call between us was astonishing for a whole variety of reasons. First and foremost, even though neither of us knew that the other existed a week earlier and the fact that we had never communicated before, we chatted like we had known each other forever. It was effortless. Then there was the bombshell that I had another half brother called John (from Roy's second wife) who is 10 years younger than me. And as if that wasn't enough, Michael told me that he had some pictures of Roy that he was going to send me. Later that day he was as good as his word and emailed the picture featured in this article. It was the very first time I had seen a photo of him and I was startled to see the similarities between us. The eyes, the nose, the jawline, the hair. There was no doubting whatsoever that Roy was my father.

I have now spoken with Michael 5 times on the phone and each call reveals bewildering information. For example, we were born in the same hospital in Knutsford, we lived no more than 10 miles away from each other when we were kids and we also went to the same college (albeit at different times).

As we have been getting along so well we have arranged to meet up for the very first time next month. And if that goes well the next step is to introduce our families to each other. But all in good time, I know that these things can't be rushed. We will all need time to readjust to this new dynamic and the foundations of this new relationship need to be built methodically. And, hopefully, once that has been achieved? It will be time to track down John.

Michael has told me a lot about our father, what he was like and how he lived his life. To be honest, he wasn't perfect. Actually, far from it. He had plenty of foibles it seems and lived his life on his own terms, which often meant that he didn't endear himself to others. So I'm not going to lionise him simply because he was my biological father. I can be objective about him because I really didn't know him and I certainly don't want to make him into something that he wasn't.

The whole experience to date has been somewhat bittersweet. Obviously I did locate my dad but clearly it was too late. But on the flip side, I now have the chance to build a relationship with my two brothers and maybe, if there is such a thing as destiny, this was the way it was meant to be. And the truth is, overall I am happy with the way this has ended up. It could have been a hell of a lot worse and I am grateful for what I have got, which is certainly a lot more than I had before.

And the point / moral of the story? If you are considering putting off a big decision, then don't make the same mistake I did. Carpe diem. It may not work out exactly as you would have wished but there may be whole new world of opportunities that exist as a consequence...