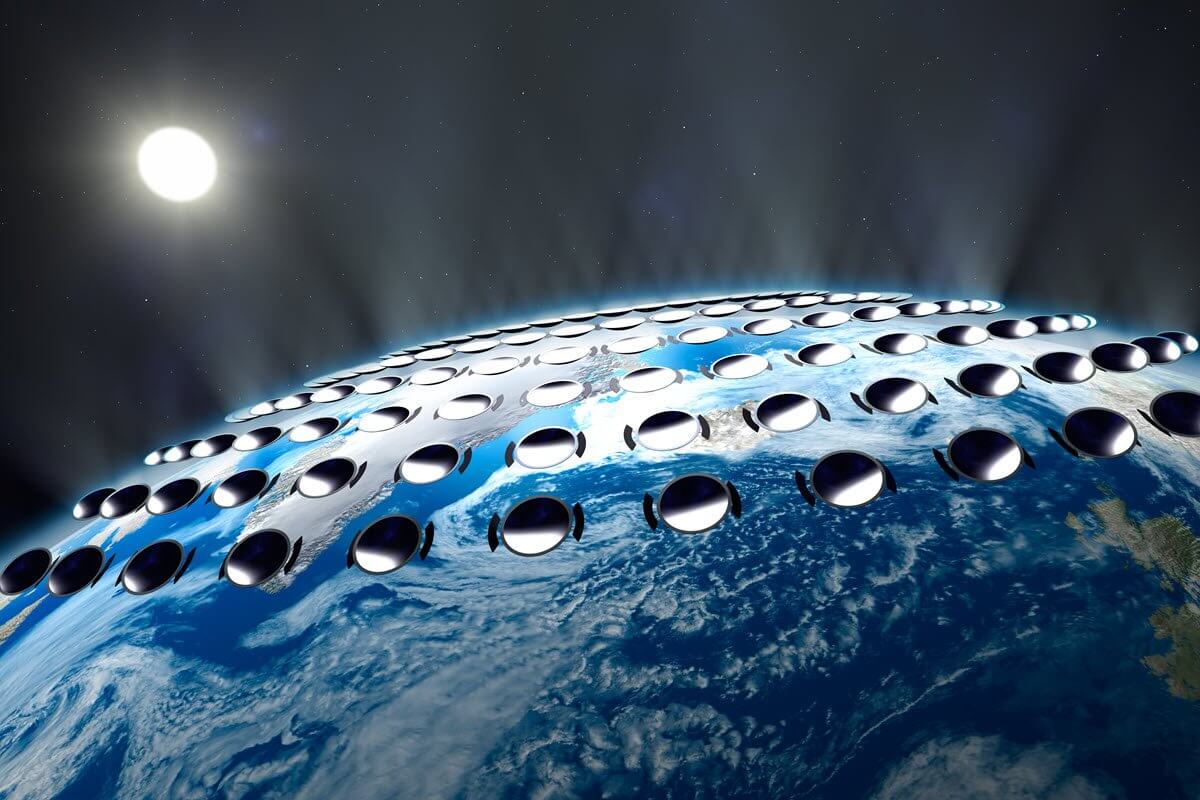 Geoengineering is the idea of putting materials–say, certain aerosols–into the atmosphere to counteract the effects of carbon and other greenhouse gases.

I’ve written about the technology and arguments a few times: for examples, see here and here.

But when small-scale experiments with this approach are proposed, like a recent effort in Sweden, there are often strong objections of the “slippery slope” variety: that is, there’s probably nothing especially dangerous or wrong with this particular limited experiment. But looking ahead, one risk is that future larger-scale experiments may pose larger risks. Also, if this research leads many people think that there is likely to be a cheap and easy techno-fix for climate change a few years down the road, they will be less likely to support near-term efforts to reduce carbon emissions. Daniel Bodansky and Andy Parker address these arguments in “Research on Solar Climate Intervention Is the Best Defense Against Moral Hazard” (Issues in Science and Technology, Summer 2021). T

Their essay suggests that the case against research experiments in geoengineering is shaky on several grounds:

A] team at Yale University sought to test directly the moral hazard argument by assigning study participants in the United Kingdom and United States to two groups: one group was given information about climate intervention as a response to global warming; the other was given information about regulating pollution. The study’s results were remarkable. The researchers found that the group exposed to information about climate intervention was slightly more concerned about climate change risks. That is, they found evidence of a reverse moral hazard response. This research might be dismissed as an academic curiosity, but the same reverse moral hazard effect has been observed using different study methods in Germany, Sweden, the United States, and the United Kingdom.

It’s easy to imagine an underlying dynamic here. Imagine someone who is a little skeptical about the science behind climate change. When that person is confronted with a discussion of climate intervention, they start thinking, “Gee, if altering the atmosphere is under consideration, then non-carbon energy subsidies, energy efficiency efforts, and a carbon tax don’t sound so bad.”

3) Although Bodansky and Parker don’t emphasize this theme, there are people who have been arguing for some years now that the world was soon about to pass a threshold where, because of carbon and other greenhouse gases in the air, the risks of climate change would become irreversibly high. For the sake of argument, let’s say that those claims and predictions aren’t just posturing and exaggeration in an attempt to stir up a more aggressive policy response, but are literally true. In other words, say that the world reaches a point (or has already reached a point?) where the clean energy/fuel efficiency/carbon tax agenda for reducing risks of climate change is already too late, and something else needs to be done. In that situation, knowing more about when, where, and how climate intervention efforts might be done, in a way that promises the most benefit for the smallest risk, might be pretty important.

Finally, I’ll just add that if those concerned about climate change want to use a slogan of “follow the science”–which is I think is perhaps their strongest argument–then it’s a bad look to start arguing that certain kinds of science shouldn’t be followed.