Public Opinion on Capitalism and Socialism

Public Opinion on Capitalism and Socialism 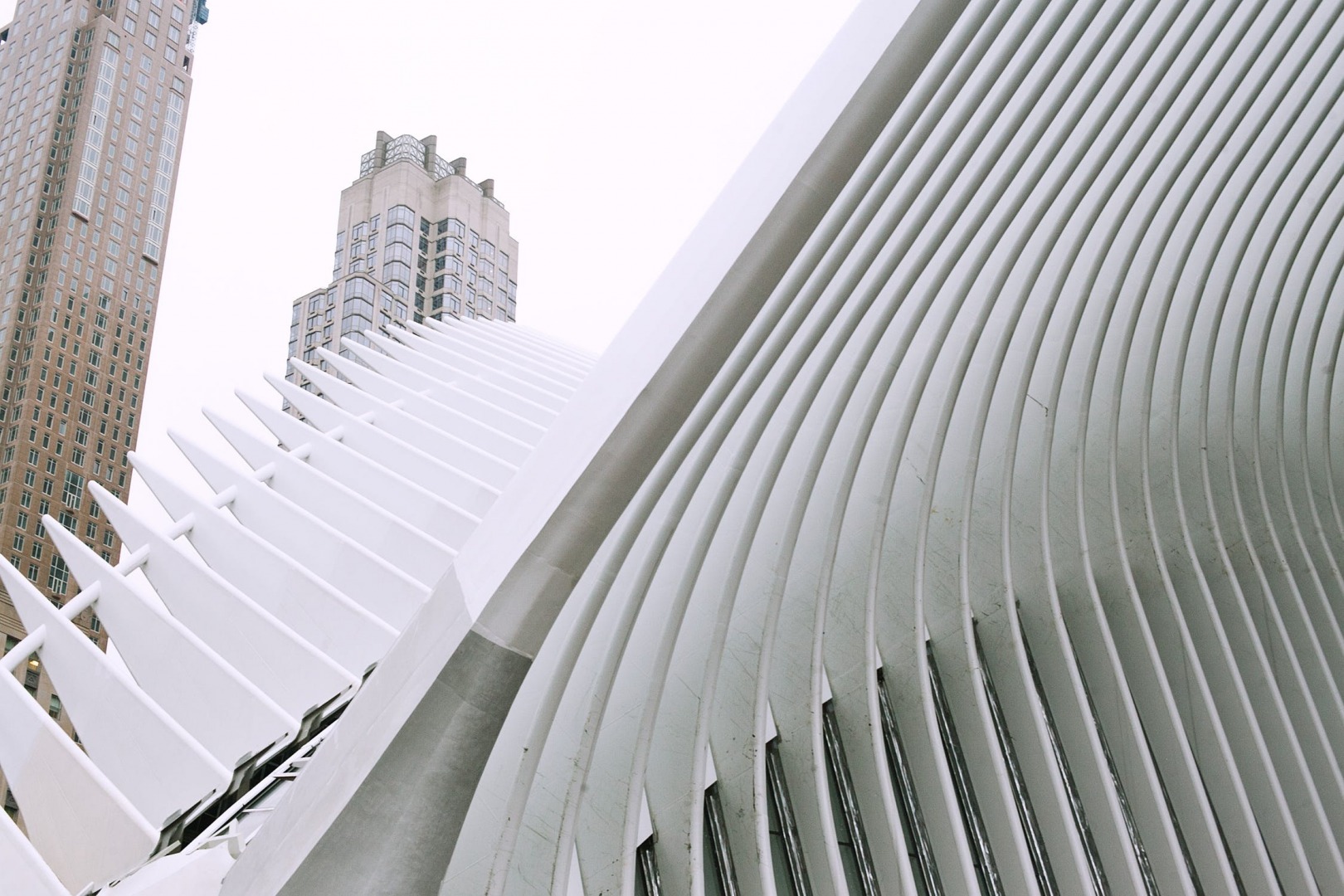 The Gallup Poll asks Americans about their attitudes toward capitalism and socialism on a semi-regular basis.

Some recent results are reported by Jeffrey M. Jones in “Socialism, Capitalism Ratings in U.S. Unchanged” (December 26, 2021, from a poll carried out in October 2021).

This figure shows the share of Americans who have a “positive image” of capitalism or of socialism. The answers over the last decade are, perhaps surprisingly, quite stable.

To put those percentages in context, here’s a ranking of capitalism and socialism relative to some other terms. 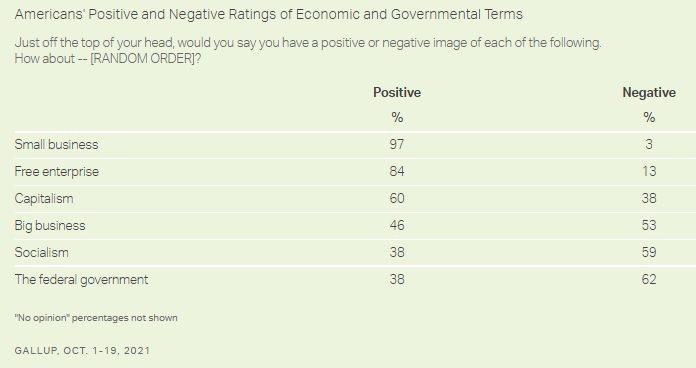 Everyone loves small business. If you are a supporter of “capitalism,” it may be a good public relations move to refer instead to “free enterprise,” and thus perhaps to sidestep possibly being associated with “big business.” However, big business generally garners more positive support than either socialism or the federal government. The rankings of these other terms have remained the same in the last decade, too, although levels of positivity associated with both big business and government have declined since about 2012. 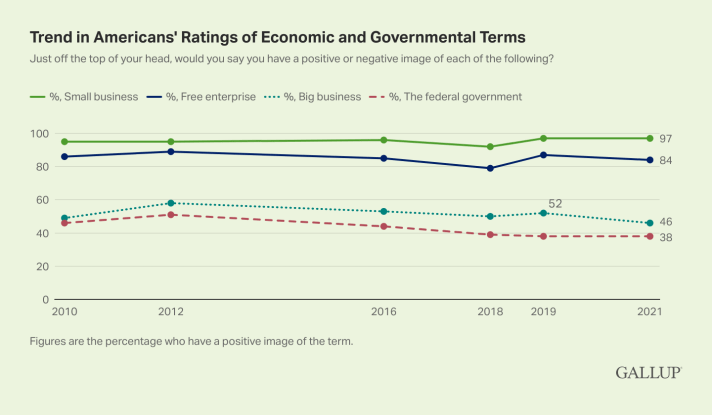 Finally, you might think that people view capitalism and socialism as two sides of a coin: that is, you favor one or the other. But this isn’t necessarily true, as Frank Newport points out in “Deconstructing Americans’ Views of Socialism, Capitalism” (December 17, 2021). As the figure shows, about one-fifth of Americans have a favorable image of both capitalism and socialism, and another one-fifth have an unfavorable image of both.