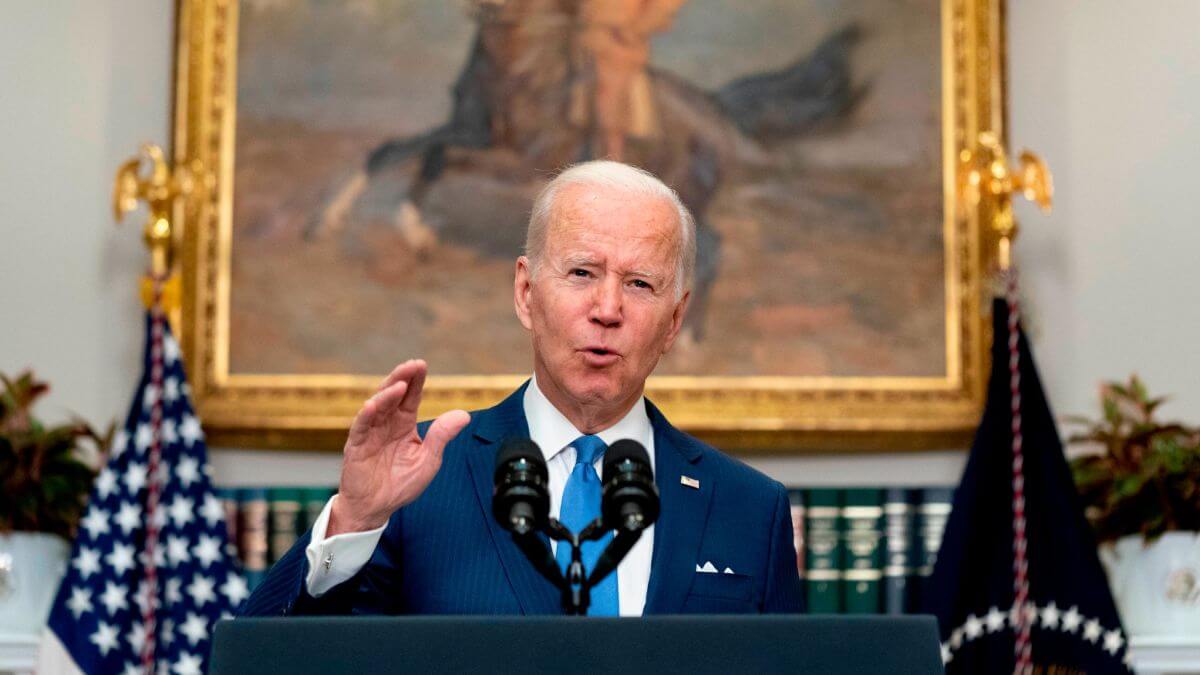 The statement came a day after a report by Politico said that a draft of an opinion written by Supreme Court Justice Samuel Alito indicates that a majority of the court had voted to overturn Roe.

Roe v. Wade, 410 U.S. 113, was a landmark decision of the U.S. Supreme Court in which the Court ruled that the Constitution of the United States protects a pregnant woman's liberty to choose to have an abortion without excessive government restriction.

President Joe Biden reacted to the leaked draft decision by calling on elected officials around the United States to protect women’s right to abortion.

He urged voters to elect 'more pro-choice senators' in November 2022.

If the Supreme Court overturns Roe ”it will fall on our nation’s elected officials at all levels of government to protect a woman’s right to choose,” President Biden said.

The Democratic president’s statement came a day after a bombshell report by Politico about a draft of an opinion written by Supreme Court Justice Samuel Alito on a case involving Mississippi’s restrictive new abortion law, which has been blocked by lower federal courts.

The leaked draft indicates that a majority of the Supreme Court has voted to overturn the nearly 50-year-old Roe v. Wade ruling, along with another decision that affirmed there is a constitutional right to abortion.

If the substance of the opinion becomes the final ruling by the court, individual states could totally ban abortion, or much more severely limit that procedure currently allowed.

Democratic socialists Rep. Alexandria Ocasio-Cortez and Senator Bernie Sanders have called for Roe v. Wade to be codified into law as protesters descended on the high court in Washington, DC

Senate Majority Leader Chuck Schumer took to the Senate floor and delivered a searing rebuke echoing his Monday night statement with House Speaker Nancy Pelosi and announcing the Senate will hold a vote on federal abortion legislation - after a similar effort tanked earlier this year.

Biden’s statement, notably, did not say he supports ending the Senate’s 60-vote threshold, known as the filibuster rule, in order to pass legislation to protect abortion rights with just 50 votes in that chamber of Congress.

Democrats currently hold 48 Senate seats and have two independents who caucus with them, as well as a tie-breaking vote from Vice President Kamala Harris.

Biden has been under intense pressure to back a move to “blow up the filibuster” as it’s known in Washington, ever since it became clear that a challenge to Mississippi’s 15-week abortion ban would be decided by the Supreme Court, and that the protections guaranteed by Roe would likely be either gutted or struck down completely.

But even if Biden were to agree to back a change to the filibuster rule so that the Senate could pass a bill enshrining abortion protections into law with just a simple majority, it is far from certain he would get even the 50 Senate votes he would need to do so.

With the Senate split evenly between Republicans and Democrats and independents, all 50 senators who caucus with the Democrats would need to back filibuster reform and an abortion protection bill.