What If George Washington Lied?

What If George Washington Lied? 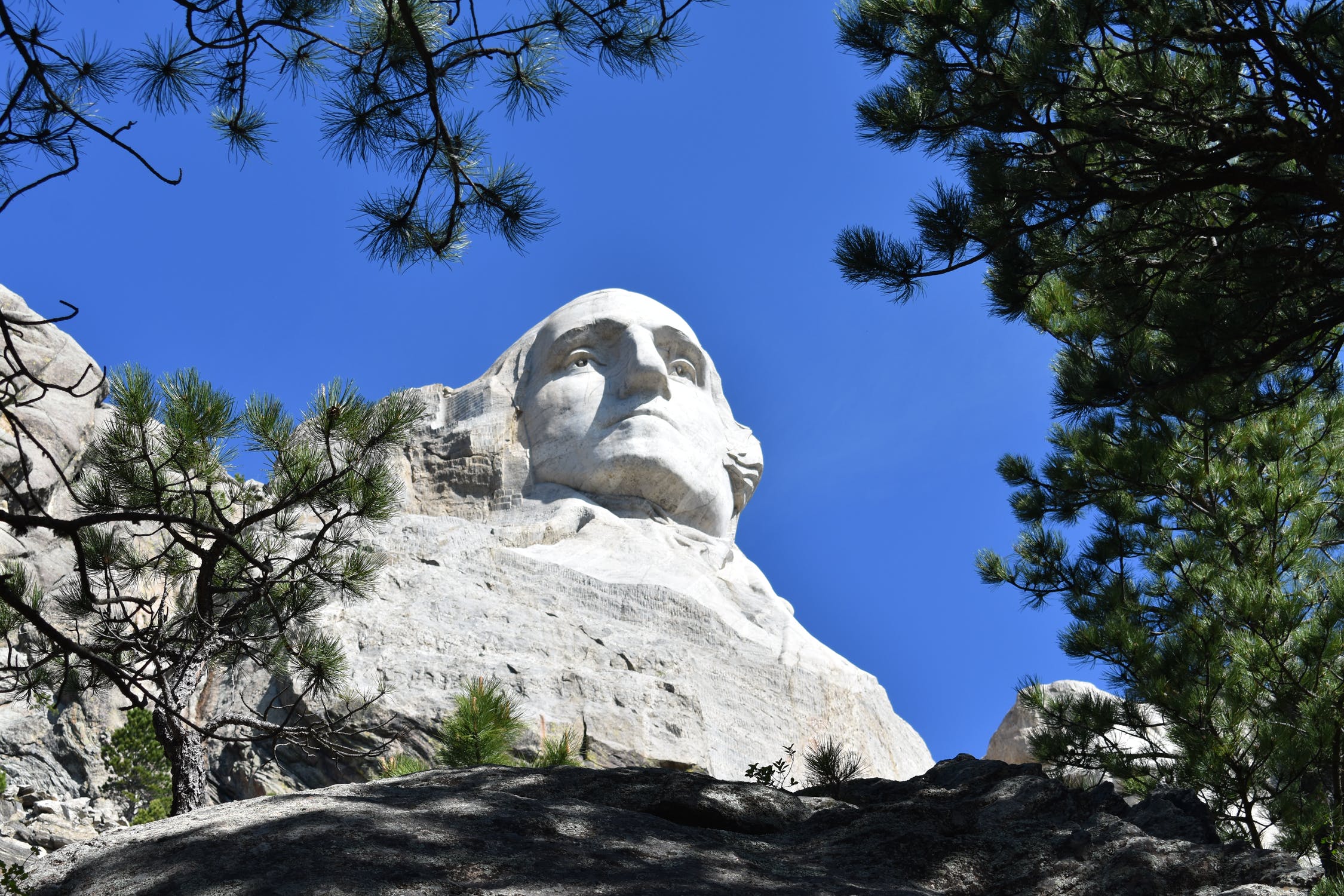 February 22nd is George Washington's birthday and I remember a story about his childhood.

It’s reported that George chopped down a cherry tree, and when his irate father saw the damage and asked his son if he knew who did the deed, George owned up: "I cannot tell a lie."

But what if George had lied? What if he’d denied being the culprit? What if he’d insisted that it must have been the act of some other kid with an axe? Would his father have been able to detect the deception?

A frustrated parent asking, “Did you eat that candy?” will have a chocolate-covered toddler answering, “No!” in order to remove the stern expression from a caregiver’s face. Three- and four-year olds tell tall tales and create imaginary friends. By the time they are about seven, children start to lie to avoid doing chores or homework, to get something they want, to protect someone else, and to avoid punishment. And, of course, teenagers lie to cover up sexual activity, drug or alcohol use, and (almost always) about what time they actually got home last night.

When children are telling the truth, they are most often relaxed, with facial expressions and gestures that reflect this. But when lying, they undergo a heightened stress response that can be spotted by an observant parent. (As we grow older, we also grow better at deception - and it is not so easy to discover.)

So if George had responded in the negative when asked about the tree-chopping incident, his father could have watched for signs of a dry mouth (and the lip licking that accompanies it), eye contact that suddenly can’t be held or, conversely, is held too intently, an increased blink rate, face touching, squirming, biting the lips or tightly squeezing them together, head and shoulder movements that are arrested part way into the gesture, and a smile that appears at inappropriate times.

Mr. Washington might also have spotted a telltale “micro expression” (a genuine emotion that flashes across someone’s face in less than one-fifth of a second) or a “suppressed expression” which slips out before realized and is then “caught” and replaced with a preferred reaction.

Another deception cue he might have observed was his son’s rigid posture and lack of spontaneous hand gestures. Many liars “tighten up” and inhibit their natural body language – as if afraid that any movement will expose the falsehood.

George’s dad should also have been advised to note the timing of his son’s verbal response. When a lie is planned (and rehearsed), deceivers start their answers more quickly than truth-tellers. If taken by surprise, however, the liar takes longer to respond – as the process of inhibiting the truth and creating a lie takes extra time. And he should have been on the watch for a variety of stalling tactics fibbers use while trying to figure out how to respond: Liars tend to repeat the question you just asked, make irrelevant statements to divert attention, or try to put you on the defensive.

So – was the George Washington boyhood story true? Maybe. But, if not, I hope his father caught the lie.

GIVE YOURSELF (OR YOUR ORGANIZATION) A GIFT ON WASHINGTON'S BIRTHDAY!

As an international keynote speaker (in person and virtually) I present programs on "Leadership Presence" and "The Power of Presence for Women Who Lead" -- both of which emphasize the role of body language in helping - or hurting - a leader's ability to positively impact and influence others.

1) Leadership Presence is a blending of personal and interpersonal skills that when combined, send all the right signals and make you stand out as the talented professional you really are. As a leadership presence coach, I can help you do that!

2) My newest book is available on multiple websites and in bookstores. In it you'll get tips and strategies for projecting Confidence, Credibility, Composure, Connection and Charisma. (If you purchase it and love it, please leave a review.) Here is the link on Amazon: Stand Out: How to Build Your Leadership Presence

3) My most popular LinkedIn Learning video course (with over 2 million views) was recently updated. Here's a preview: Body Language for Leaders

View all
The Crucial Role of Machine Learning in Law Enforcement
Dealing with the Different Types of Narcissists in the Workplace
Implement Anticipatory Solutions Instead of Reactive Responses
Everything You Need to Know About Influencer Marketing
4 Indicators That You Need a Lawyer's Help After an Injury
Following the Lead of Bill Gates and Jack Dorsey, Australian Multi Millionaire Toby Carrodus Taught Himself to Code
Pros and Cons of Nanotechnology in Clothing
How Deep Learning Can Make Oceans Safer
Getting Serious about Carbon Dioxide Removal
Are All Cleantech Venture Capitalists Marxists?
The Issue of Energy Consumption in Smart Cities
Benefits of Digital Transformation for Water Utilities
Colbeck Capital Explains Why Strategic Lenders Need To Examine Companies' 'Underlying Business Model' in Inflation Era
Financial Guide: Top Things You Should Know About Stock Chart Patterns
Financial Services Trends To Watch Out For in 2023
Successful Adoption of 3D Secure Authentication Continues to Grow Globally
Does Your Banking Business Need Super Apps?
The Top 6 Ways to Streamline Finance Operations in Your Business
Global Commodity Markets
The Bounce in Disposable Personal Income
Is Globalization Fading?
The Economics of Non-Compete Contracts
American Doubts about Health Care
Global Earnings Recession Risk
Political Bias in Generative AI - How to Prevent It
US Unionization Rate Hits All-time Low
Lifting the Debt Ceiling Is Not a Social Policy
Understanding The Complexity of the War on Drugs and Policing
Investment Charges When Mexico Privatized Social Security
How the UK Can Navigate the Cost of Living Crisis, Strikes and Inflation
What If... DIET were a Vital Sign? A Thought Experiment
Crop Production is an Art as Much as it is a Science
Real vs. Fake AI - How to Spot the Difference
What NFTs and Blockchain Can Do for the Pharmaceutical Industry
Artificial Intelligence Can Prevent Epidemics and Outbreaks
7 Benefits of Walking Everyday and How To Motivate Yourself
Overcoming The Challenges Of Loading And Unloading Double Deck Trailers
How to Strengthen Your Relationship With Other Businesses
The Advantages Of Custom Packaging
Win Back Your Time in February, One Tip Per Day
What You Probably Don't know About Moving in the UK
Charlamagne Tha God Talks Black Men, Therapy, and Telling Your Own Hero Story, On The Daily Show
Why Decision Intelligence Is Important
Trends and Challenges in Quantum Computing
The Metaverse Effect in the Physical World
New Healthcare Tech and the Future of IoMT
When Will Artificial Intelligence Reach Singularity?
The 10 Worst Cybersecurity Strategies You Need To Know