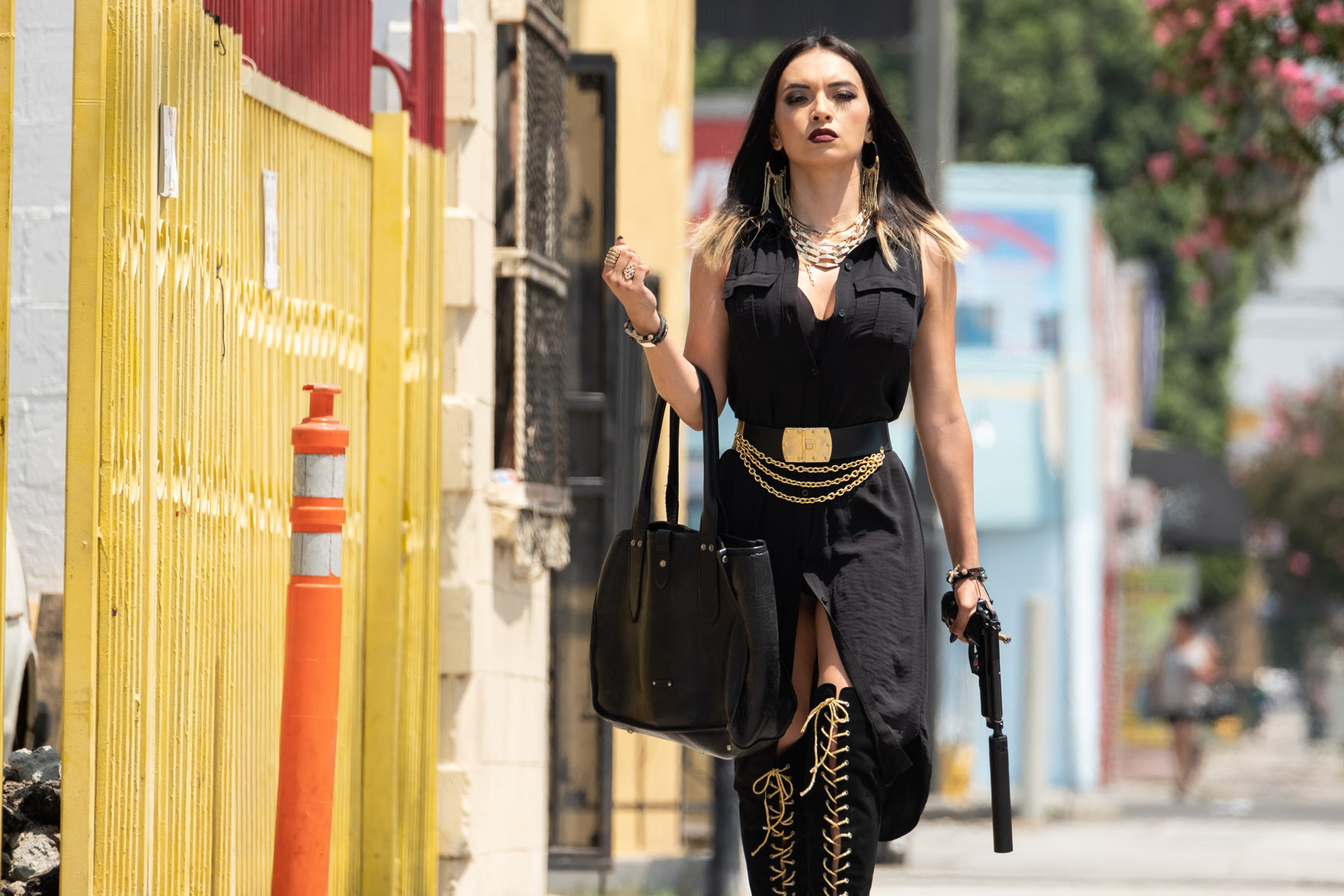 Cheyenne Rae Hernandez is definitely a force to be reckoned—from struggle to carving her own path through life and finding her own meaning to happiness and success despite a turbulent past.

This Latina/Native American icon from El Paso, Texas, always felt that acting was her ultimate calling, even while listing in the Army at only 16-years of age. Who knew that her journey was all part of the process to actualize her ultimate vision she held onto as a child.

“I enlisted as a combat medic and wound up being one of the first group of females stationed in Schofield Barracks 1-14th infantry unit and I served just under 4 years. During my first year enlisted, my little brother also enlisted so that he could try to get stationed with me. He had just enlisted and was leaving for basic training in 2 weeks when I got the call that both of my brothers were killed by a drunk driver on Christmas Eve.

My whole world was shattered.”

When her life felt like it was spiraling, and she fought to keep it together while serving her country, she was injured in a terrible military vehicle accident in the Mojave Desert, which resulted in a traumatic brain injury and loss of feeling to her right hand. After being discharged, Cheyenne felt like a “a broken machine.”

“I moved to Washington state until it hit me—I had put my hand on my brothers casket, and promised I would live out our dreams for the both of us. I wound up packing up and moving to Hollywood by myself and living in a car for a few of months and showered at the gym.”

Despite being divorced and homeless, Cheyenne persisted and met her acting coach who asked her to audition for the film “Tax Collector,” where she landed a leading role as the villain. She applied her extensive background from the military and performed her own stunts! After intense training in MMA, she quickly became known as a Super Weapon—she fights, falls, and can handle different weapons. She is now a blue belt in Brazilian Jujitsu, American Kenpo and study Russian Boxing as well.

The Tax Collector is an upcoming American crime thriller film written, directed, and produced by David Ayer. The film follows two tax collectors for a crime lord named Wizard whose business becomes upended, resulting in one of them desperately protecting his family from an old rival.

View all
10 Surefire Ways to Improve Execution in Your Business
The Impact of COVID-19 on Content Marketing
Agility is a Short-Term Strategy: Anticipation Brings Exponential Change
Are Low Quality Electronic Components Damaging Your Business? Here Are 3 Consequences You Should Be Aware of
What is Marketing Collateral and Why Should You Care?
Affiliate Marketing 101: How to Set Up a Profitable Partner Program
6 Sustainable Swaps for an Eco-Conscious Home
Sustainable Fashion: Recycling Challenges in The Textile Industry
Is The Internet of Things Making Way For Smart Agriculture?
Clean Energy and Pro-Mining
Lithium for Car Batteries: A Demand Shock Example
Sustainability Reporting Is Not A Proxy For Progress
Withheld Too Little? Your Guide To The IRS Penalty Relief
Banking: The Way It Was and The Way it Will Be
How to Financially Prepare for Retirement
How Well-Known Investors Have Succeeded and the Strategies they Use
Cashing Out a College Education: 5 Reasons You Should Pursue a Finance Major
Everything You Need to Know to Open and Access an Offshore Bank Account
Some Economics of Black America
Commodities, Supply-Chains and Structural Changes in Demand
Interview: Amartya Sen on a Bicycle
From Pandemic to Digitalization to Productivity?
The G-7’s Reckless Commitment To Mounting Debt
The Social Nature of Government Actions
Political Economy of the Pandemic Response
Queen Elizabeth II Marks 95th Birthday in Private
Covid-19 and Fake News: Exponential Rise of Conspiracy Theories and How to Prevent Misinformation
UK Budget 2021: Corporate Tax Rise, VAT Cut for Hard Hit Sectors Extended & Income Tax Thresholds Frozen
What If George Washington Lied?
Judges and Ideology
Europe is Having a Robots Right Debate: Do Robots Deserve Human Rights?
Healthcare's UI is Simply Unfinished
Dealing with Long COVID...Today
Engineering a Symbiotic Artificial Superintelligence by 2025
The Role of Context in Data
When the Invention Becomes the Inventor: How AI is Making Inroads in Scientific Discovery and Innovation
Safe Travel Ideas During the Pandemic
Measuring Content Marketing Performance in B2B
Leadership: How To Know That You Are Doing Well As A Leader
6 Reasons Why Entrepreneurs Love Muay Boran
Finding Hope Amidst Traumatic Events: Can Trauma Improve Education
What Are Topic Clusters and Why Use Them?
Five Benefits of Leveraging Loan Servicing Software in Your Daily Operations
Smart Security Needs Smart People More Than It Needs Smart Technology
Paying Ransomware Should be Illegal
Landbot Review: An Intuitive & Easy-to-Use Chatbot Builder
How to Export Your Outlook Calendar
2 Biggest Factors Driving the Future of Cybersecurity

This CEO Gave a Paid Week Off to Combat Burnout, and It’s a Great Example of Leadership
Safe Travel Ideas During the Pandemic
Five Benefits of Leveraging Loan Servicing Software in Your Daily Operations
Withheld Too Little? Your Guide To The IRS Penalty Relief
Smart Security Needs Smart People More Than It Needs Smart Technology